A mural by street artist Banksy has appeared in the English town of Dover, showing a metal worker removing a star away from the European Union flag. According to The Guardian, the mural went up overnight on the Castle Amusements building located next to the ferry terminal that connects the UK with the rest of Europe. The building is also located across the English Channel from Calais, where there was once a massive refugee camp. 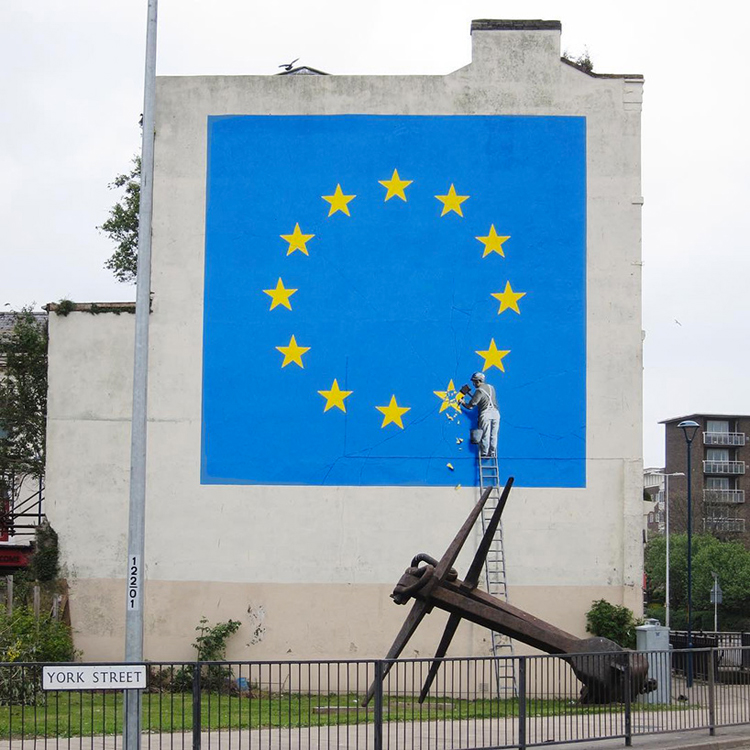 Its appearance comes during the UK’s continuing Brexit process. It also coincided with the day of the French elections, which saw the president-elect Emmanuel Macron face off against the far-right, anti-EU candidate Marine Le Pen.

While Banksy’s work has been increasingly political, the mural marks the first time the British artist has commented on Brexit, despite 10 months passing since the EU referendum. 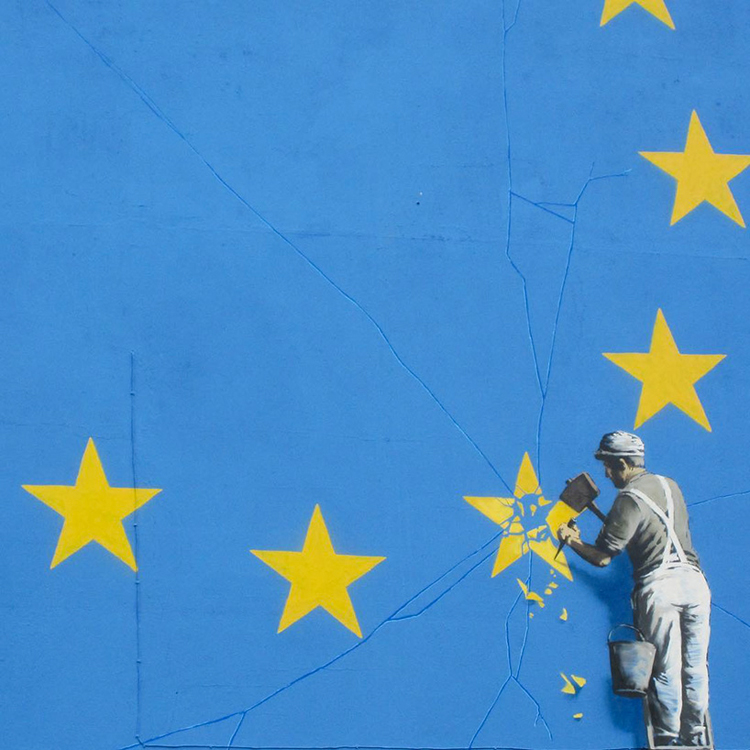 The anonymous British icon published two photographs of the painting on his Instagram feed to days ago. The Bristol-based artist’s most recent projects also includeThe Walled Off Hotel in Bethlehem that is decorated like an English gentlemen’s club.