In keeping with their desire to add color and reaffirm La Cantine’s warm and convivial atmosphere, French collective Appelle Moi Papa dreamt up La Colline (“the hill”). With its round and generous forms, La Colline is a whimsical, technicolor land where visitors from 3 to 77 years old are invited to climb, roll around, slide, play and lay around, all in a contemporary and colorful aesthetic.

Thanks to the technical support by Le Voyage à Nantes, this project offered Appelle Moi Papa a real opportunity to confront the creation of a volume dedicated to the public space. Halfway between a playground and artistic installation, La Colline leaves a space of freedom and undeniable expression where everyone must tame the uneven to invent his own stories. 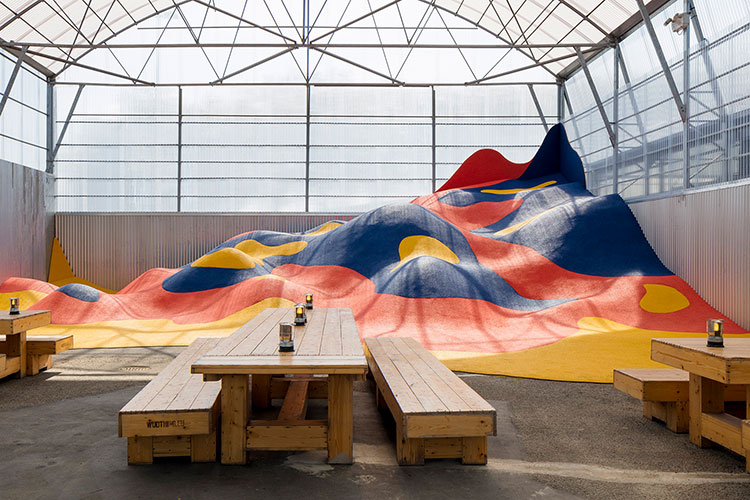 The “Cantine du Voyage” has opened its doors with a brand new visual identity cooked up by Nantes graphic design collective Appelle Moi papa, which can be found everywhere from the signage to the décor, placemats, tickets, and products sold inside. On the menu are organic forms, with a leafy atmosphere, candy box colors and simple shapes.

Appelle Moi Papa is a collective made up of five graphic designers. Founded on the old saying, “Strength in numbers,” Appelle Moi Papa plays with images and explores personal worlds while never betraying a deeply held desire for originality and nonconformity. 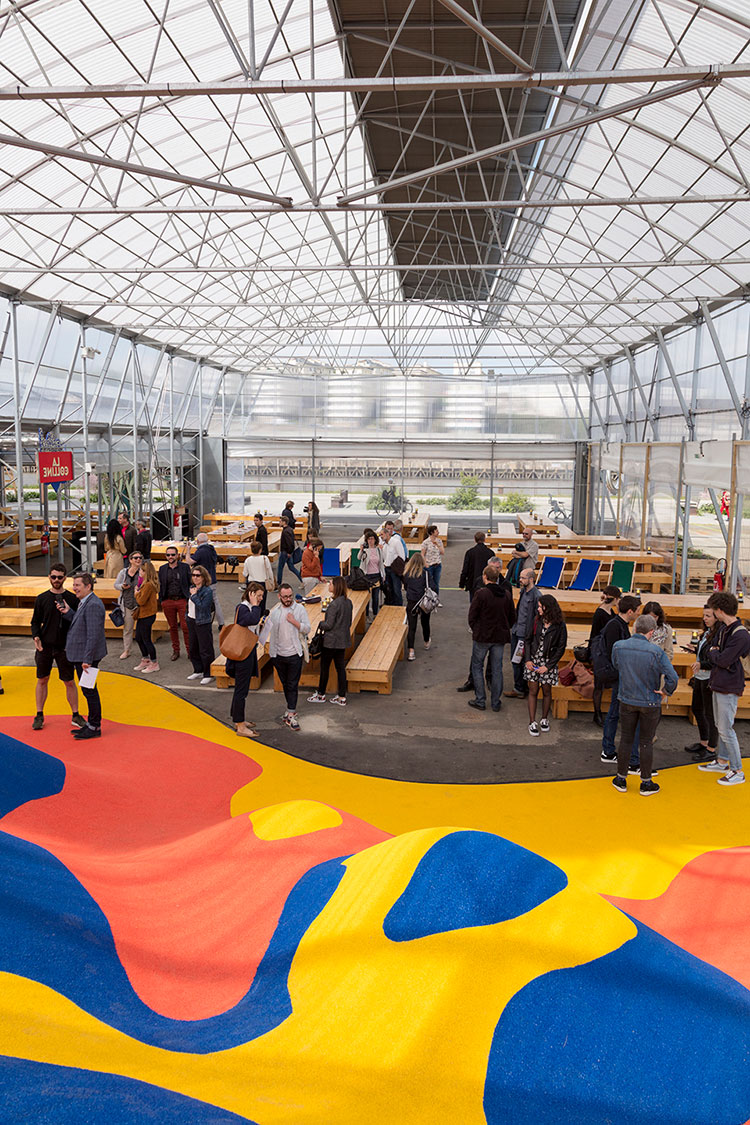 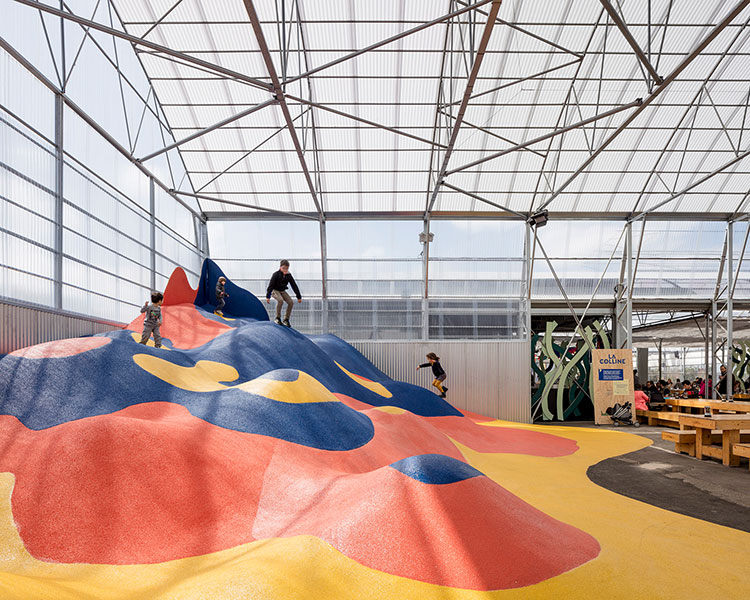 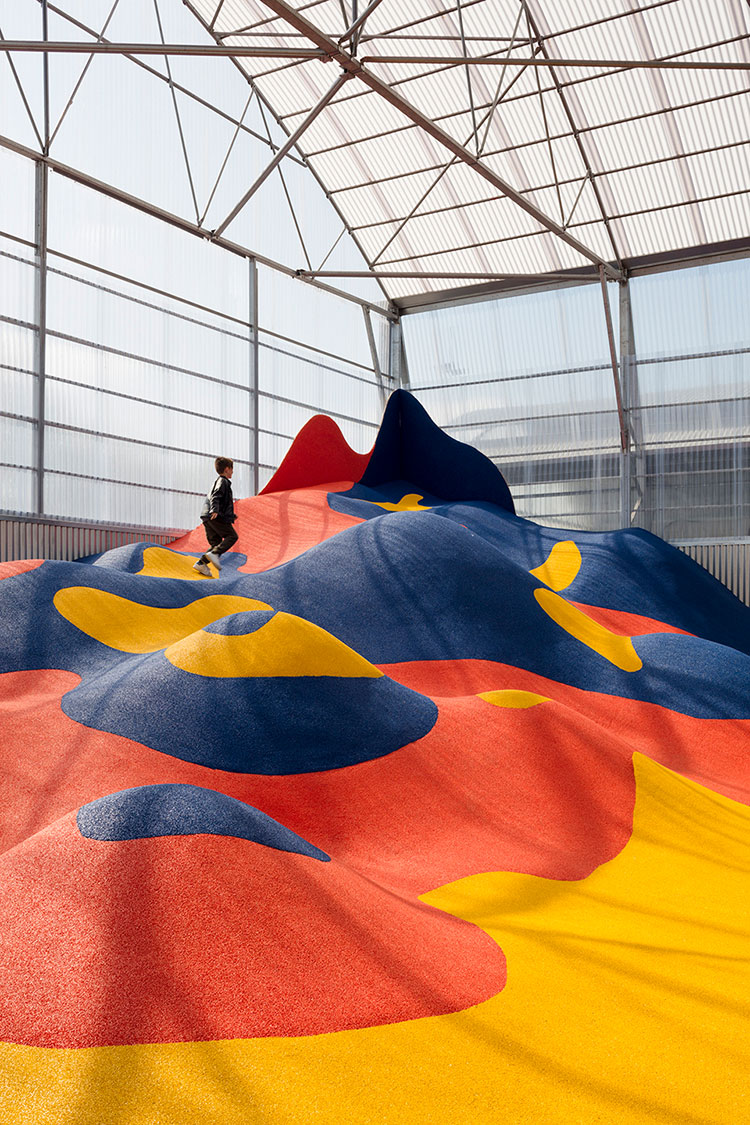 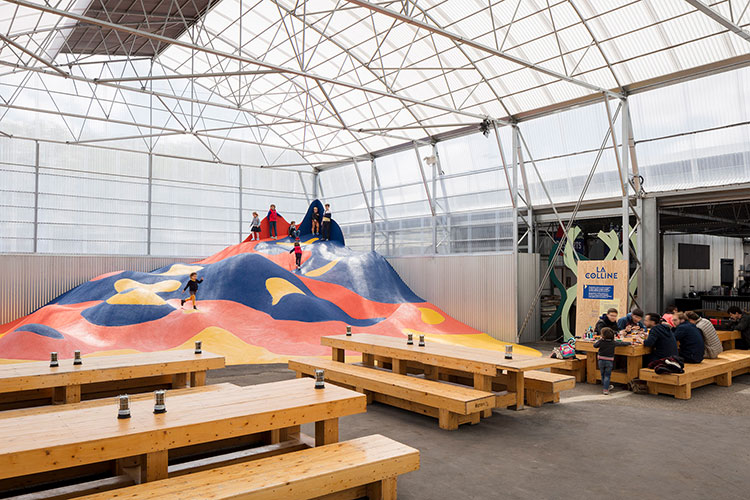 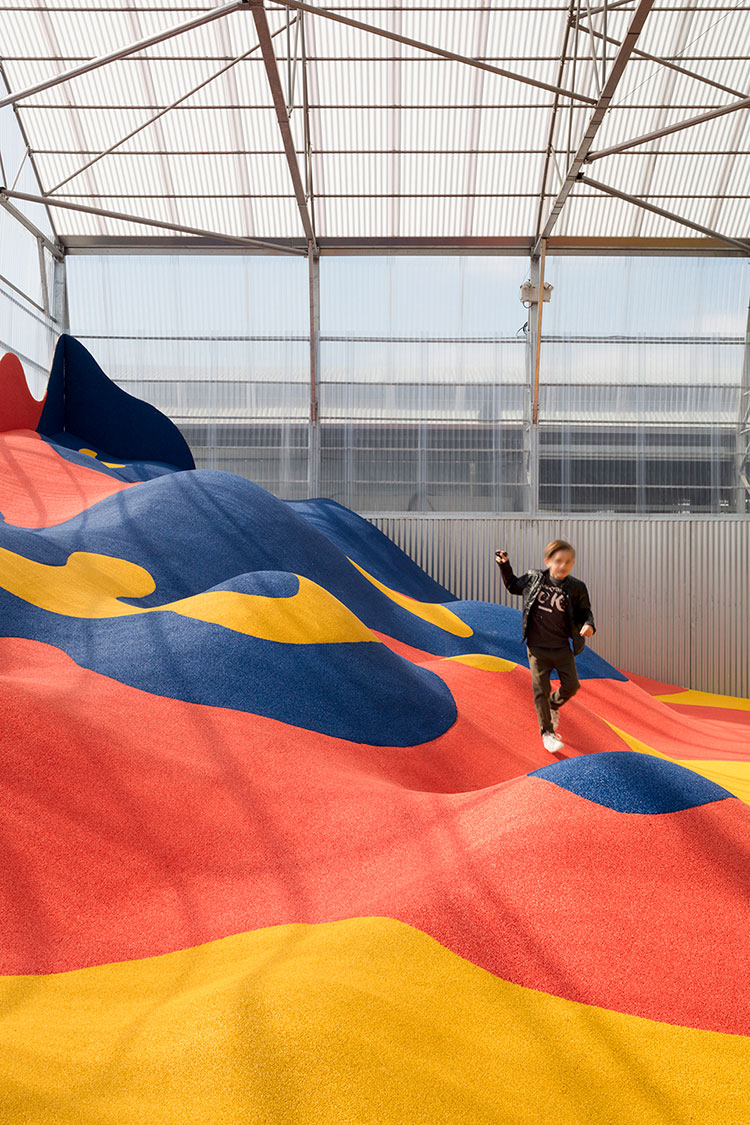