Art collective teamLab has inaugurated the iconic Tank Shanghai museum in Shanghai, China with the immense inaugural exhibition teamLab: Universe of Water Particles in the Tank. The immersive exhibition turns a massive former oil tank into an interactive, ever-changing installation, exploring a continuity among people, as well as a new relationship that transcends the boundaries between people and the world.

teamLab: Universe of Water Particles in the Tank blurs the boundaries between artworks and each other, between people and artworks, between the self and the other, and other such boundaries that people take as given. Artworks and people become one in this shared space and influence one another.

The exhibition features the artworks Universe of Water Particles in the Tank, Transcending Boundaries, 2019, and Flowers and People, Cannot be Controlled but Live Together, Transcending Boundaries – A Whole Year per Hour, 2017—the enormous, endlessly evolving interactive digital installations that heighten awareness of the presence of other people through interactivity. Another work on view, along with several monitors works in various scales, is Black Waves: Lost, Immersed and Reborn, 2019, in which the waves projected are all connected and form an immersive, single, unbroken body of water. 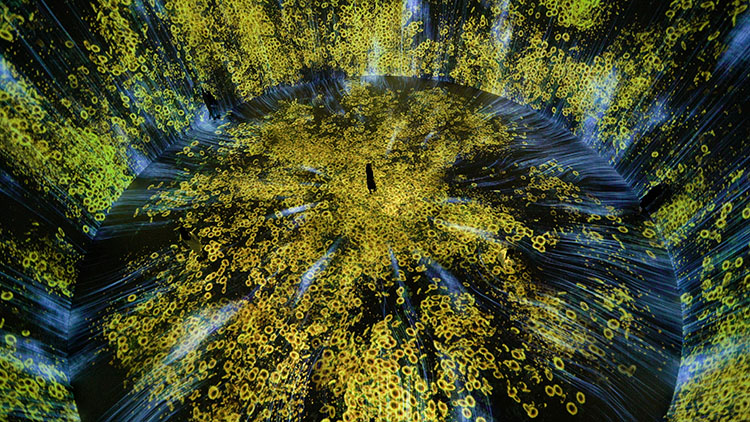 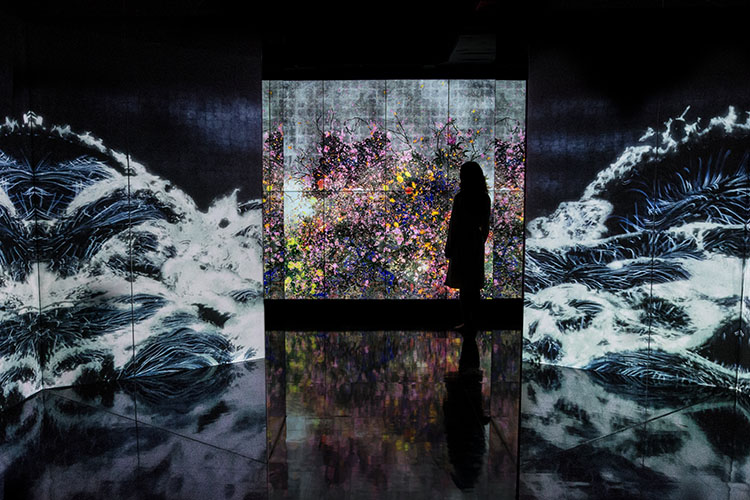 On March 23, along with teamLab’s opening, Tank Shanghai has unveiled the solo exhibition of Argentinean artist Adrián Villar Rojas Sometimes you wonder, in an interconnected universe, who is dreaming who?, which the artist conceived especially for the exceptional space of the Tank No.3 of Tank Shanghai.