Japanese designer Haruka Misawa has conceived a series of sculptural fish tanks. Working with theories of buoyancy, the upward force from liquid that causes objects to float, the transparent aquariums feature air bubbles that suspend and cradle aquatic plants for their inhabitants. 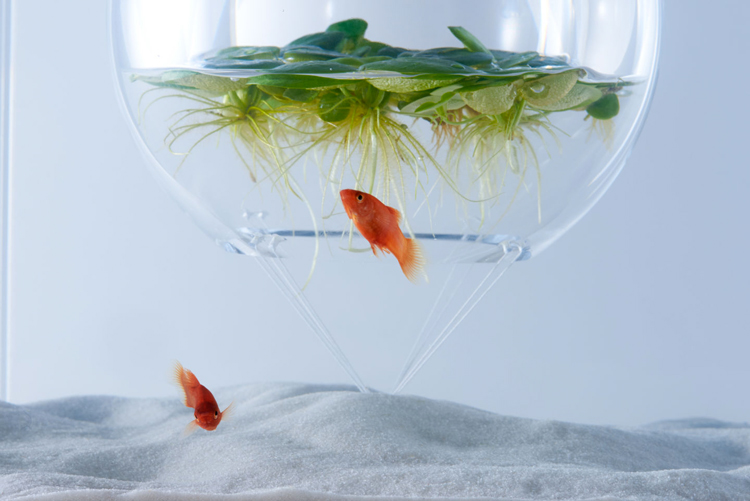 “Underneath the surface of water is a unique environment that exudes an energy that is completely opposite from that which is surrounded by air,” Misawa writes in a book about the Waterscape project. “The inner space of this fish tank is created by combining two simple elements of container and water, with an extraordinary world created that differs from the world with air.

Delicate structures that are prone to damage caused by their own weight on land are able to maintain a stable state because of the relative force of gravity and buoyancy. The interaction between gravity and buoyance is consciously controlled with this, seeking to explore from zero the ecology where aquatic beings dwell.” The fish tanks were designed for Misawa’s solo exhibition in Taiwan called Waterscape, which was held earlier this year. However, if you are looking for an aquarium that leaves everyone breathless, you can’t miss this post. 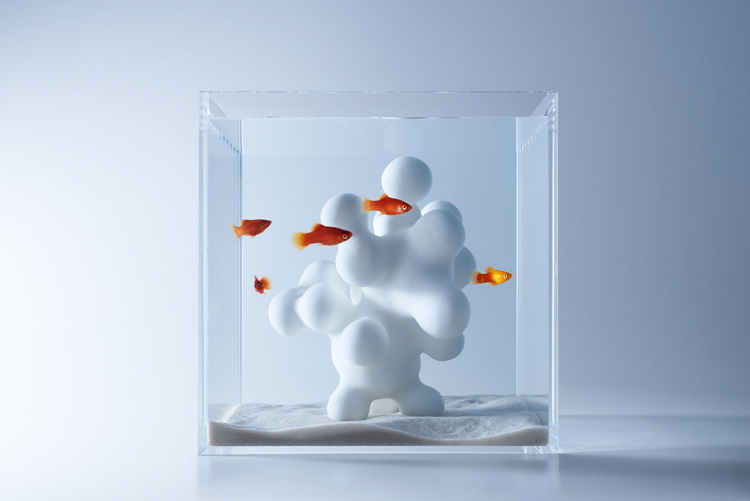 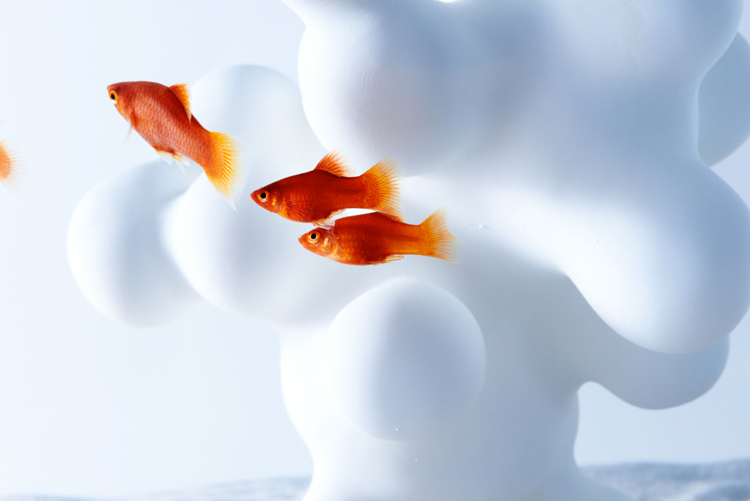 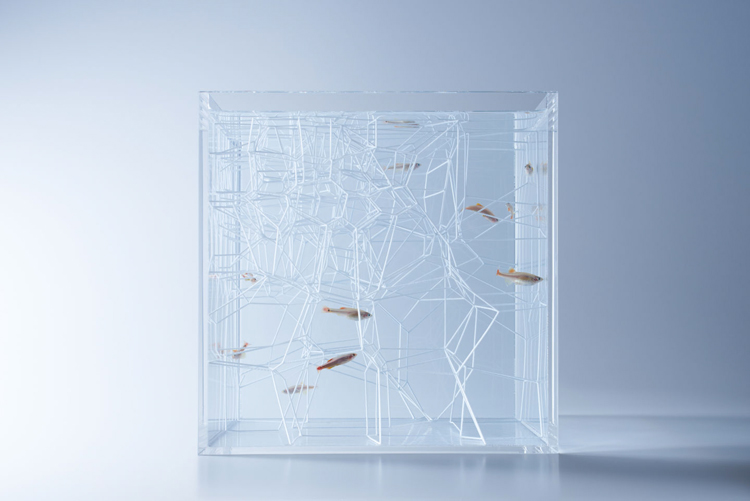 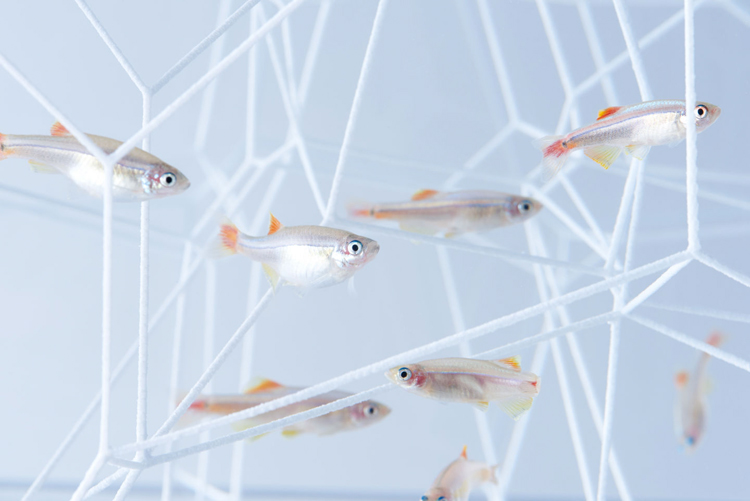 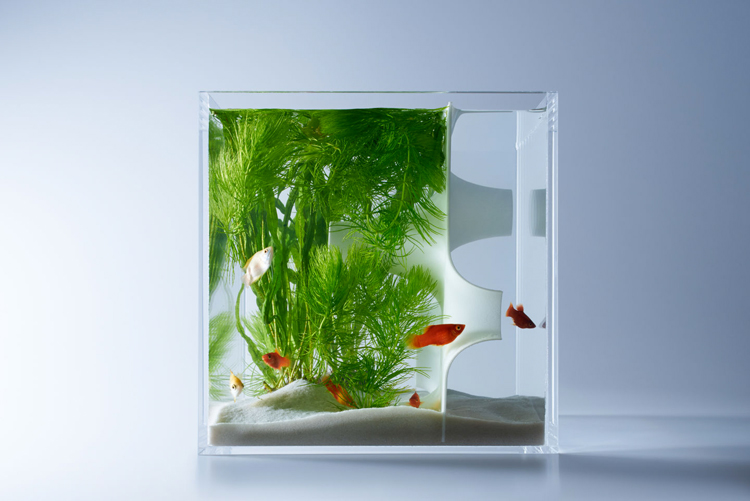 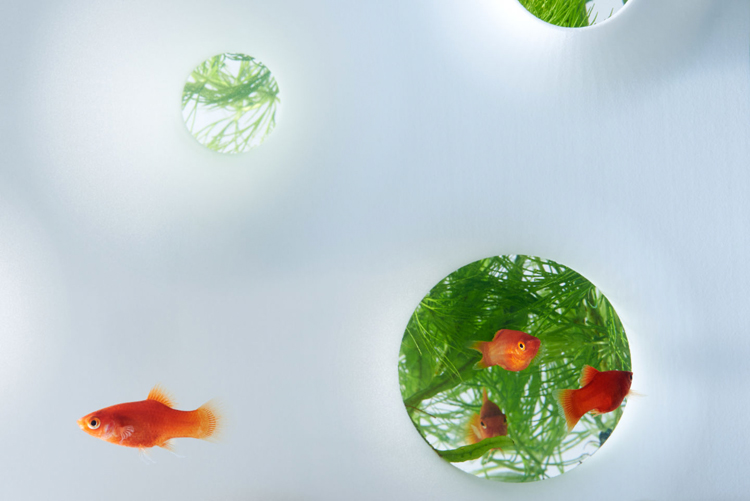 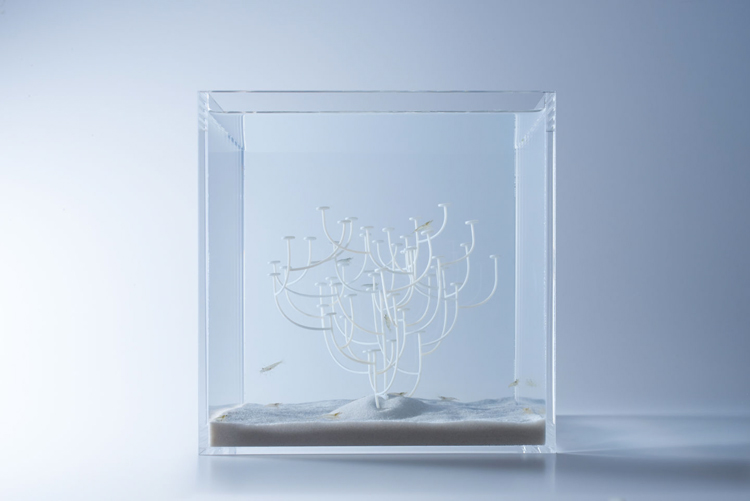 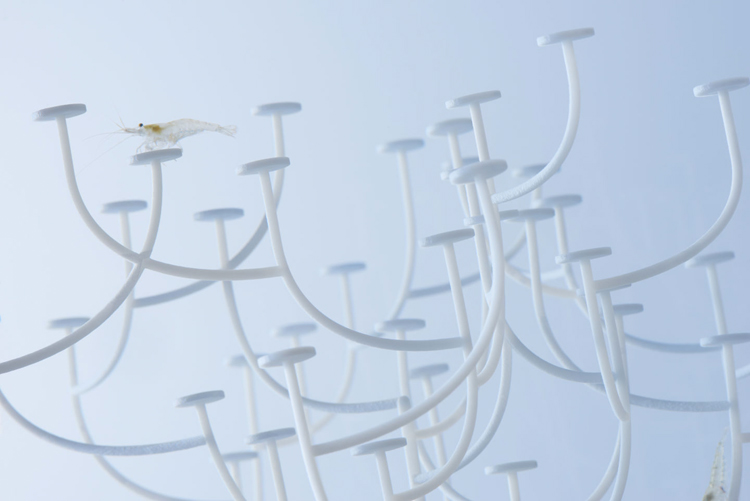 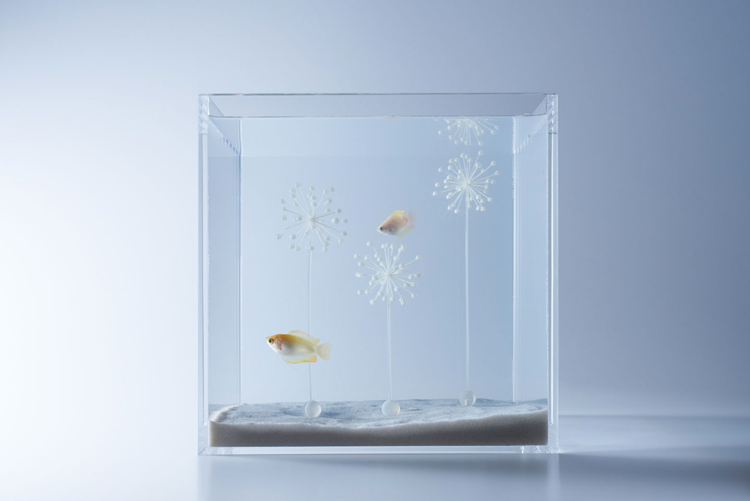 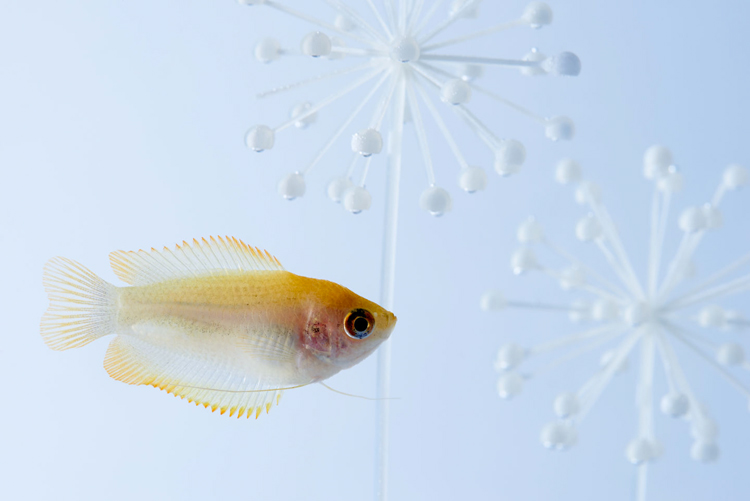 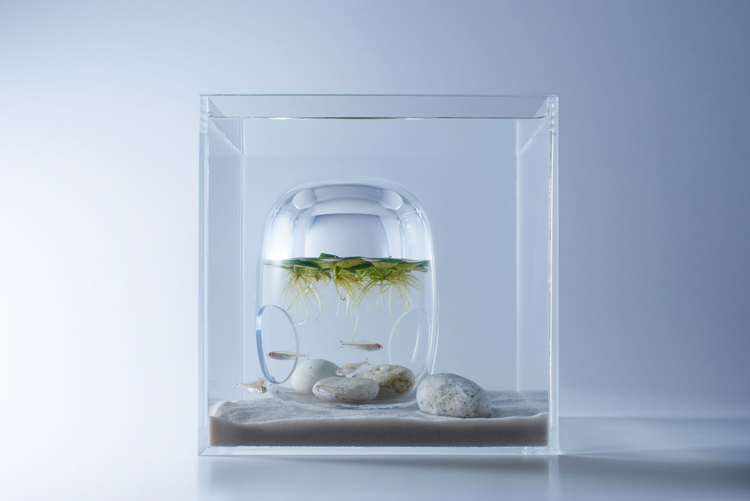 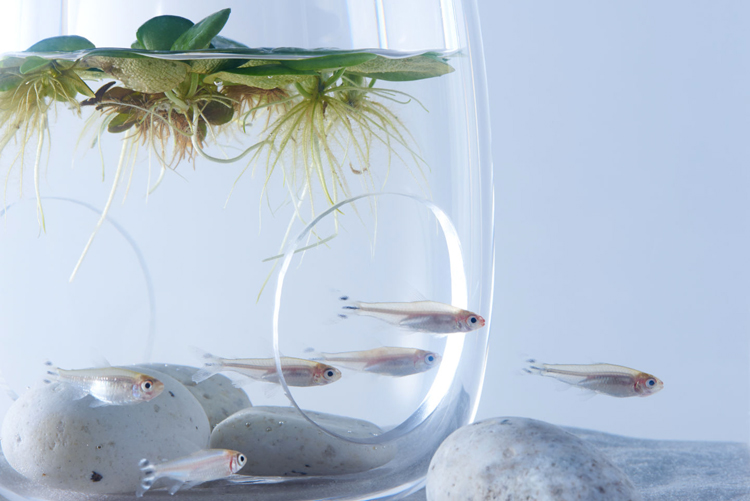 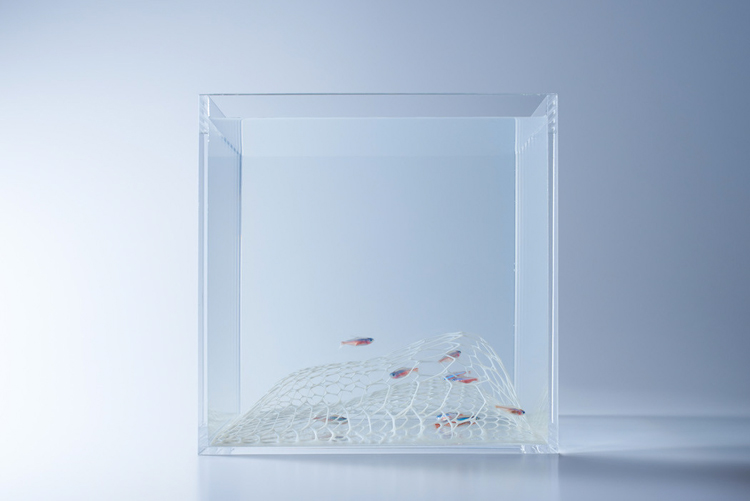 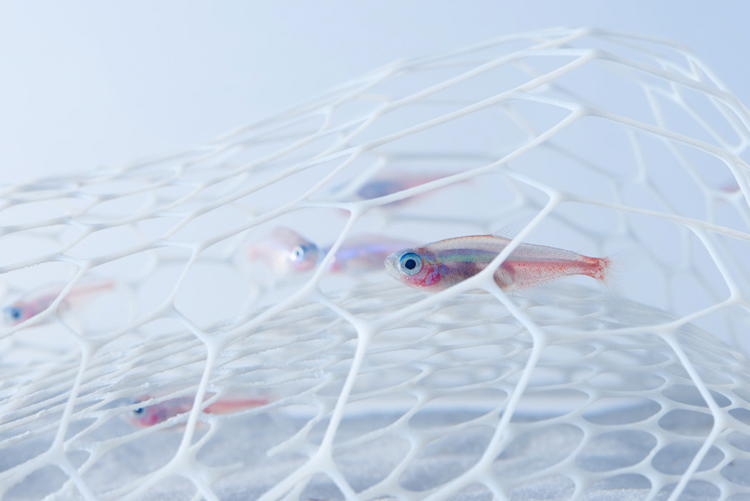 all images and video courtesy of Haruka Misawa