Plastic Reflectic is an interactive kinetic installation by Thijs Biersteker that turns its spectators into trash, drawing attention to the growing amount of waste in our oceans.

These plastics move from human waste into nature’s food chain and slowly intertangles with our muscle and fat tissues, turning us slowly into plastic. As an experience, the installation reflects its audience in plastic pixels made from ocean plastics from around the world. The interaction with the installation empowers the spectator with the thought that their movement now can influence the ever growing plastic problem later.

The work feels both organic and artificial. It probes the questions how much our movement is still of any influence on the growing gaps between man and nature or if the gap is closing in a way we might not like. 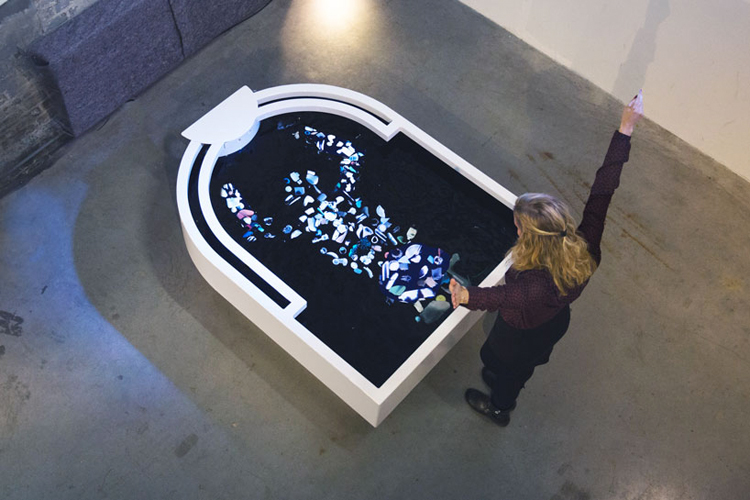 Plastic Reflectic which was commisioned by the Plastic Soup foundation and de Persgroep Netherlands, is a stand alone installation to inspire, educate and provoke thought an interaction. Its build using 601 pieces plastics originating from all oceans of the world. The pixel grid of 601 waterproof engines under the biobased water are controlled by motion sensors that capture the movement and outline of its spectators

Plastic Reflectic was developed in collaboration with Future Factory and Front404, and is currently on show in Amsterdam at the ADCN Gallery until the 10th of November, then will be on display at the INIT Building from the 18th of November until the 18th of December. 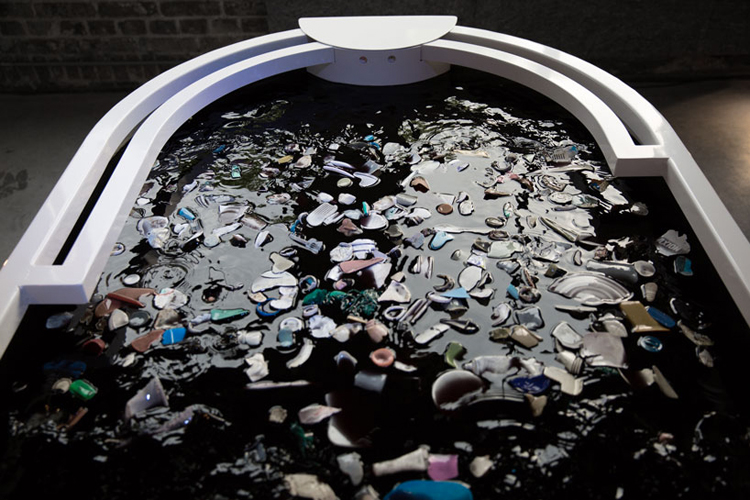 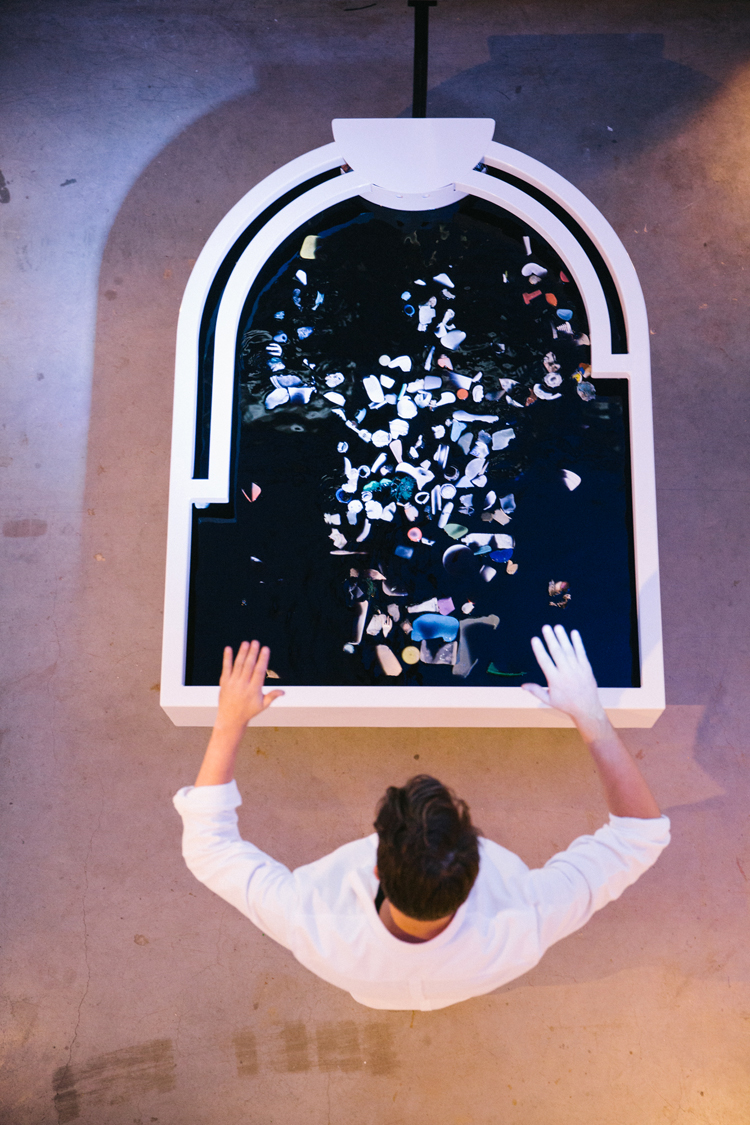 all images and video courtesy of Thijs Biersteker