On the occasion of the Milan Design Week 2016, Maison 203 – the Italian brand of 3D-printed design accessories – officially launches Ivy, the new tropical-themed clutch conceived by designer Odo Fioravanti, that  will be showcased at Design Su­permarket inside la Rinascente in Piazza Duomo Milan. 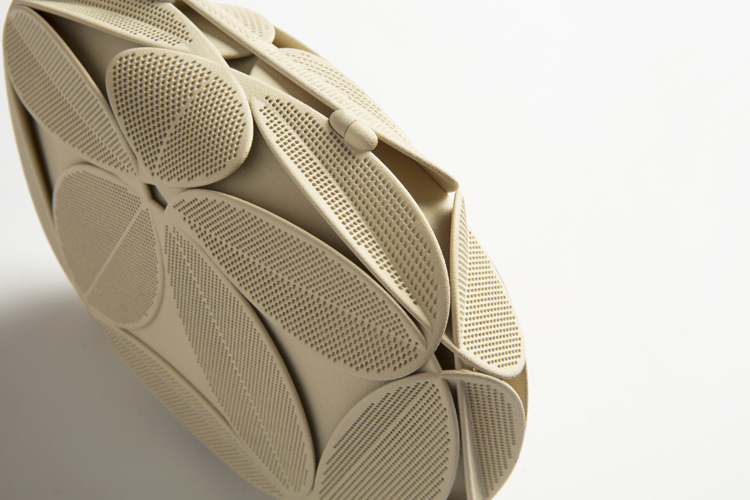 Ivy, the new clutch designed by Odo Fioravanti for Maison 203 looks like those illustrations in the books of the first botanical explorers: true plant hunters, tireless travellers always in search of unknown seeds and flowers, ready to stun the world with their amazing discoveries. 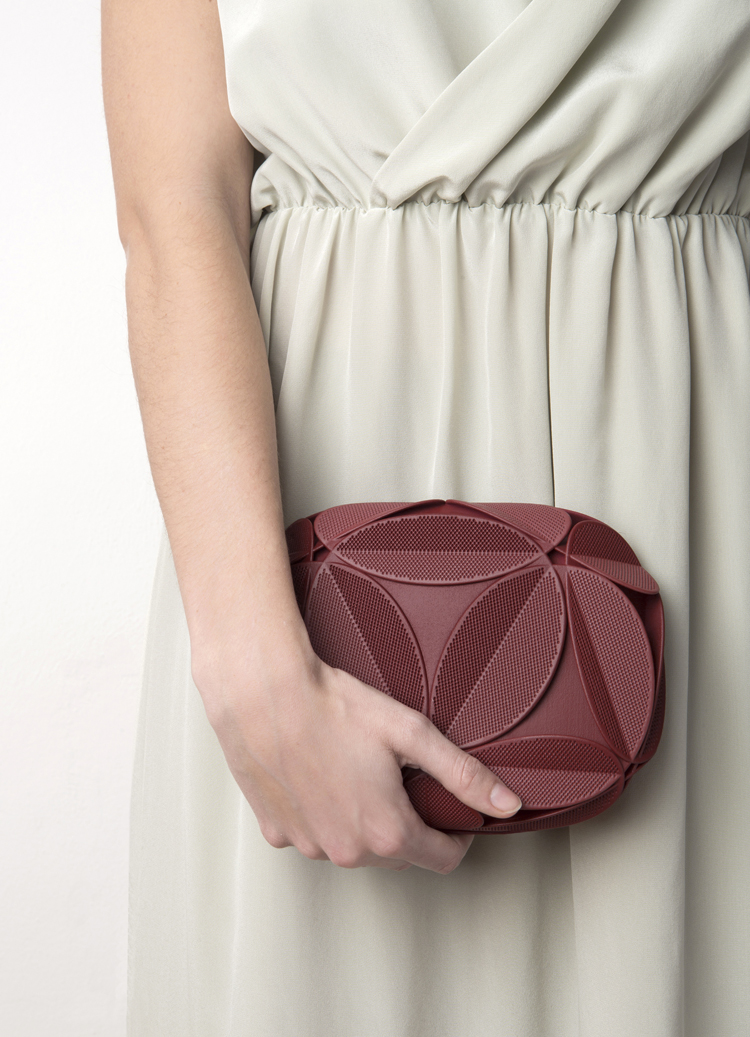 A closer look reveals another curious similarity: the bag’s structure is based on the football shape, that is the most popular application of the truncated icosahedron – a 3D solid made of hexagonal and penta­gonal faces – one of the most intriguing solids known as Archimedean or semi-regular. This is the origin of the designer’s idea to explore how disc-shaped surfaces on a icosahedric structure could intersect creating a new starred solid. 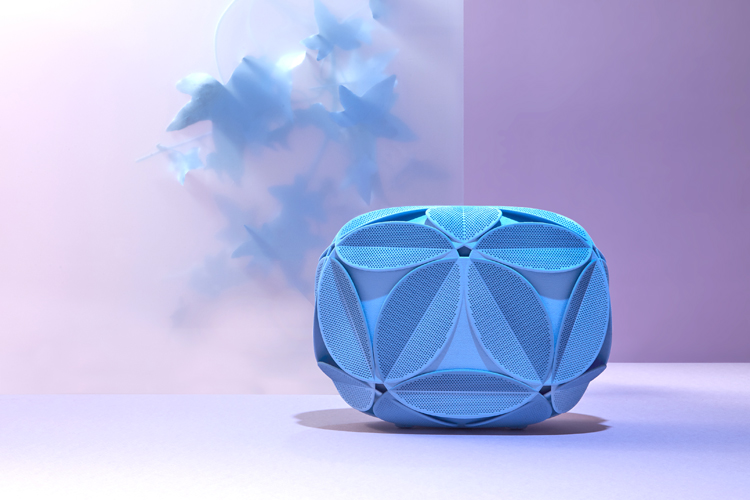 The result of this geometric and rational research paradoxically leads to a decorative effect: it happens that the overlapping surfaces of the clutch turn into leaves and become the key of a pattern that verges on the hypnotic, that draws circles and hexagonal leafy branches. a happy rhythm that speaks of far-away flowers and leaves and reminds of the fascination of the tropics. 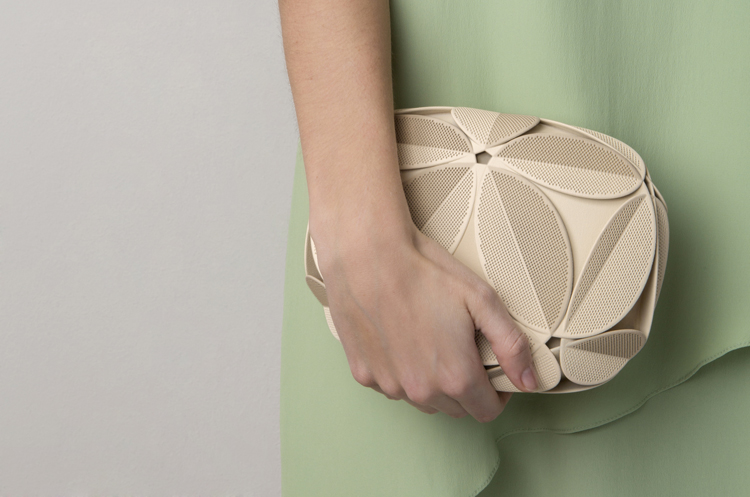 Made of sintered nylon and redefined and coloured by hand, Ivy is in all respects an example of contemporary technological craftsmanship, and is available in powder blue, soft white, brick red and jungle green. A thin metal chain also allows it to be used as a shoulder bag. 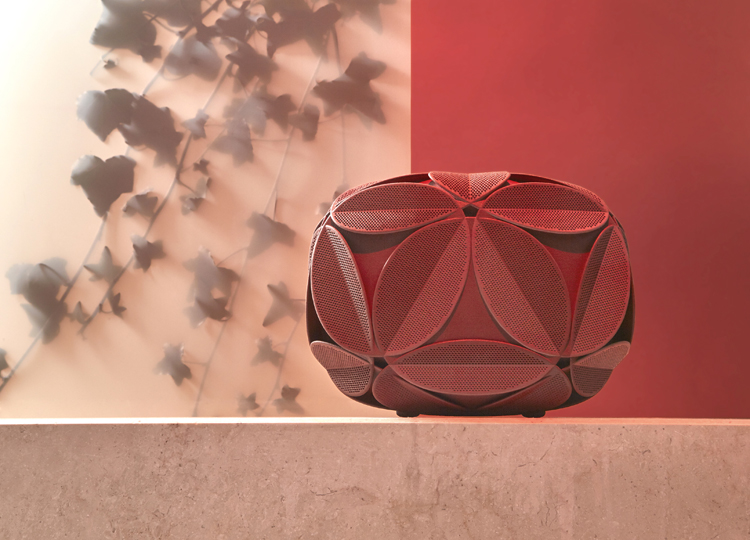 Ivy will be showcased during the entire period of Fuori Salone – 12th to 17th April 2016 – at Design Supermarket inside la Rinascente in Piazza Duomo Milan, one of the most important stores in the city that holds an entire floor underground dedicated to design. The clutch will be soon available at maison203.com. 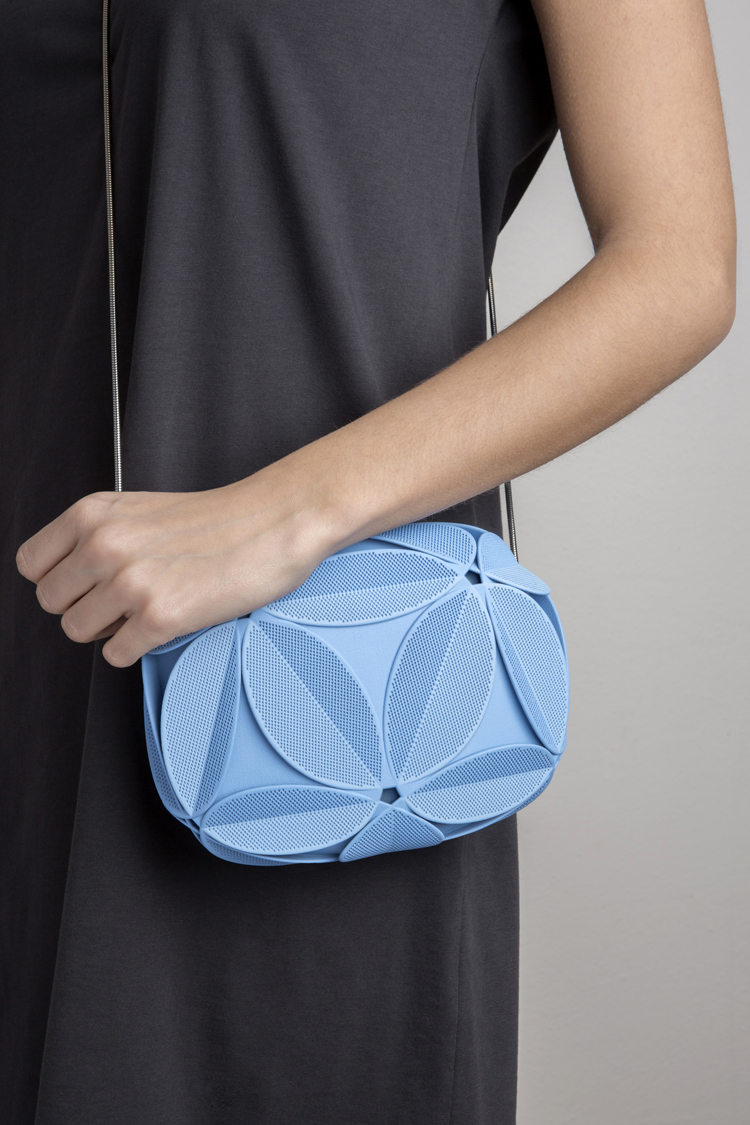