French designer Mathieu Lehanneur has created the new flagship store in New York of Paris-based fashion brand and music label Maison Kitsuné. The new 1,400-square-foot space on the ground floor of a brownstone building at 248 Lafayette Street, SoHo, showcases and sells items from cult-favourite Maison Kitsuné, which produces both apparel and music.

“The story of Maison Kitsuné is a story of links: the links between France and Japan and those between fashion and music. Maison Kitsuné’s new flagship store in New York materializes these connections throughout the space,” says Lehanneur. 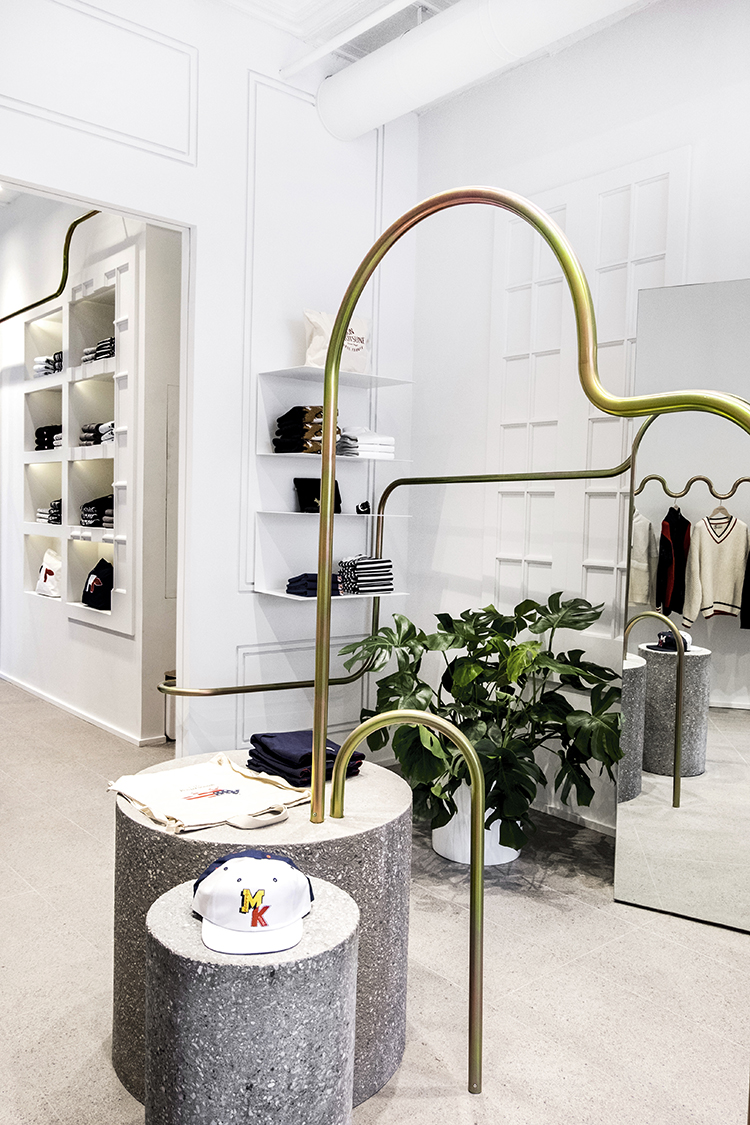 A curving vine-like rail works its way around the space from the concrete textured floor to the elegant high ceilings, drawing customers in past the showcase windows towards the fitting rooms at the back. Simultaneously a hanging support for garments, part of the furniture and lighting fixture, this iridescent and reflective metallic tube is described by the designer as a “magic pencil, drawing its own line within the space”. 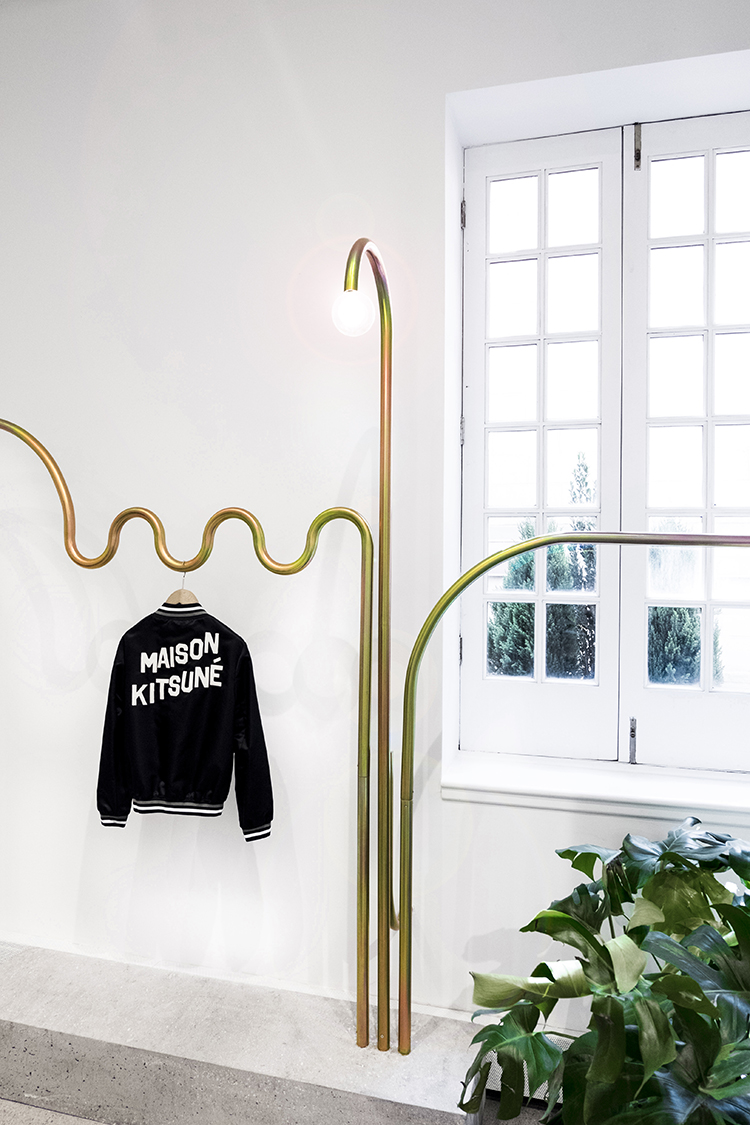 Another suggestion of magic and enchantment is found in the pure and opaque ‘ghost’ window panes created by wall moldings through which one can’t see… but which seem to suggest an inaccessible courtyard just beyond. Marble, concrete and mirrored and bichromated steel are combined in the designer’s concept to create a luxurious and serene – yet exciting – space that is characterized by Lehanneur’s signature blend of organic and mineral elements. 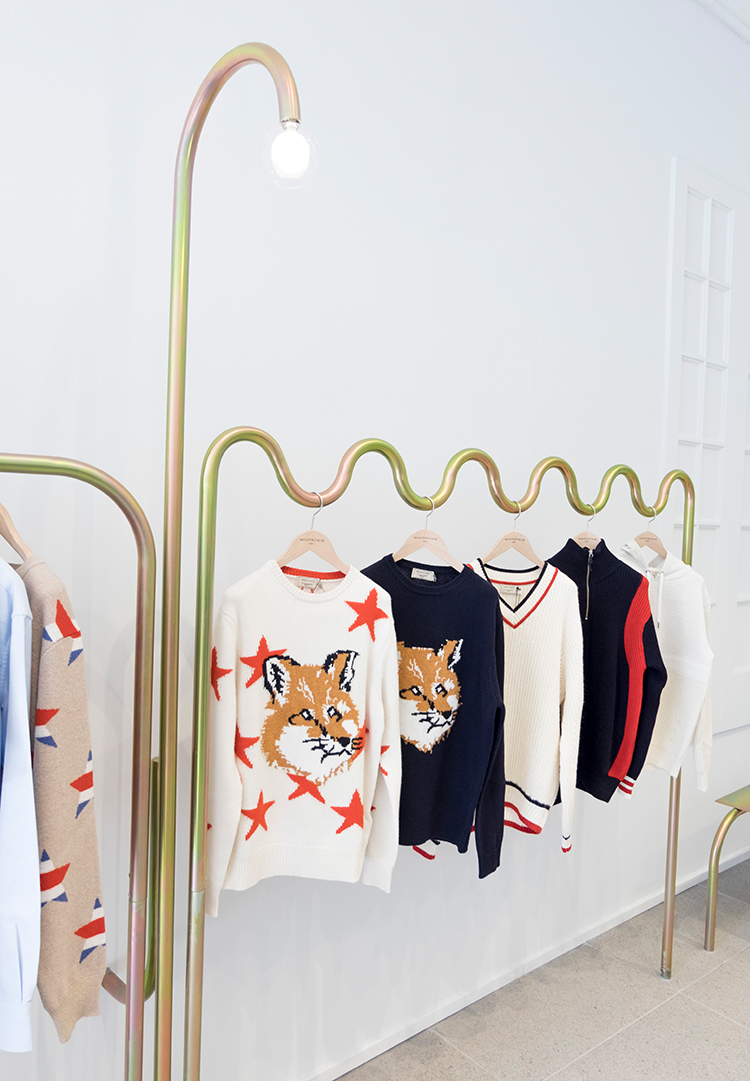 Maison Kitsuné will continue its tradition of experiential programming held in-store for the brand’s avid fan base. Tapping into its musical roots, and extensive record of hosting US events such as the Kitsuné Club Night, Kitsuné Showcase and Kitsuné Afterwork series, the brand will be hold after-hours soirées in this new architecturally beautiful New York home. In the heart of Soho, the new showroom represents a perfect blend of Mathieu Lehanneur and Maison Kitsuné’s worlds. 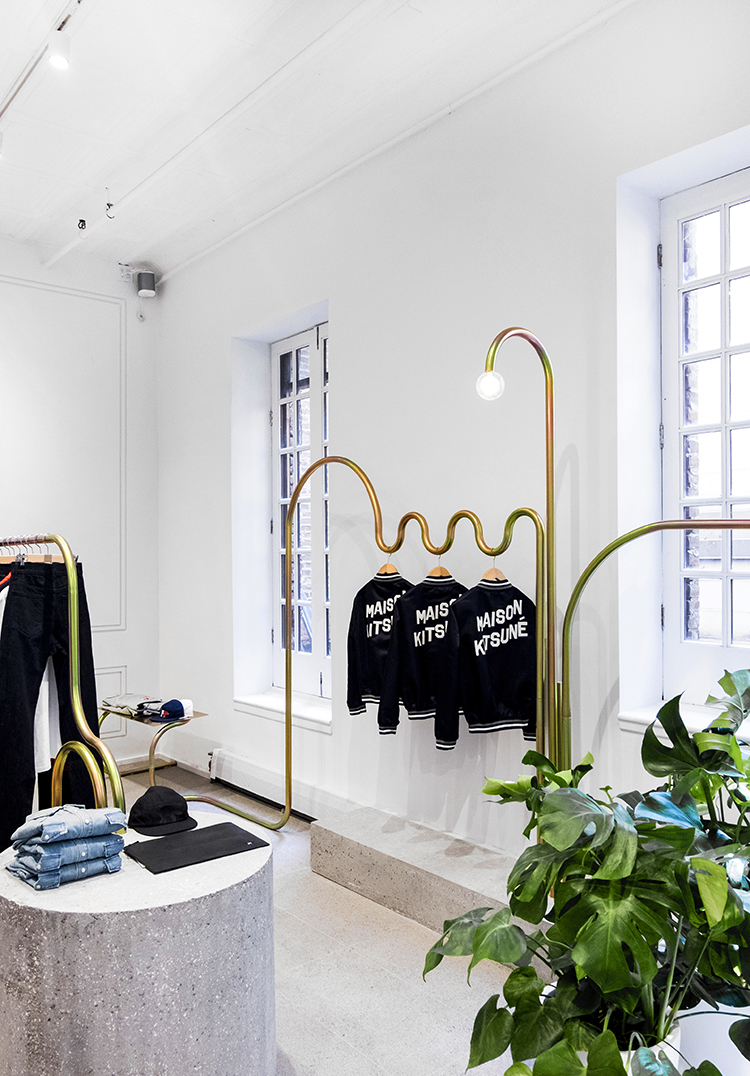 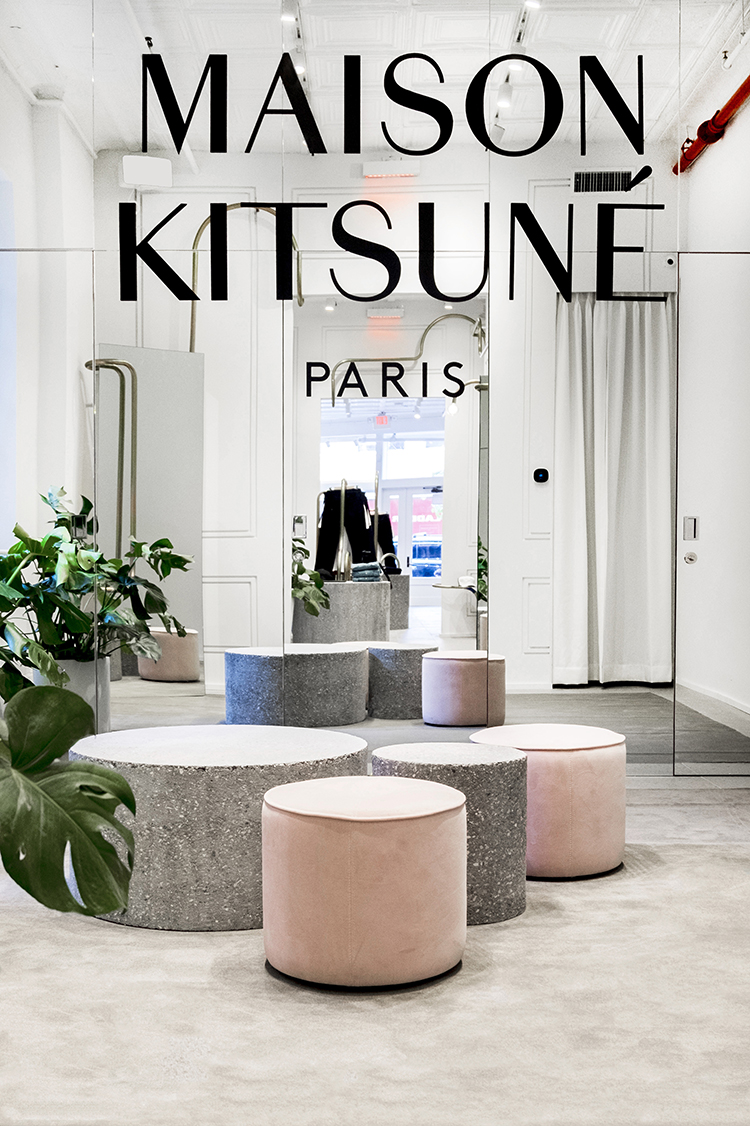 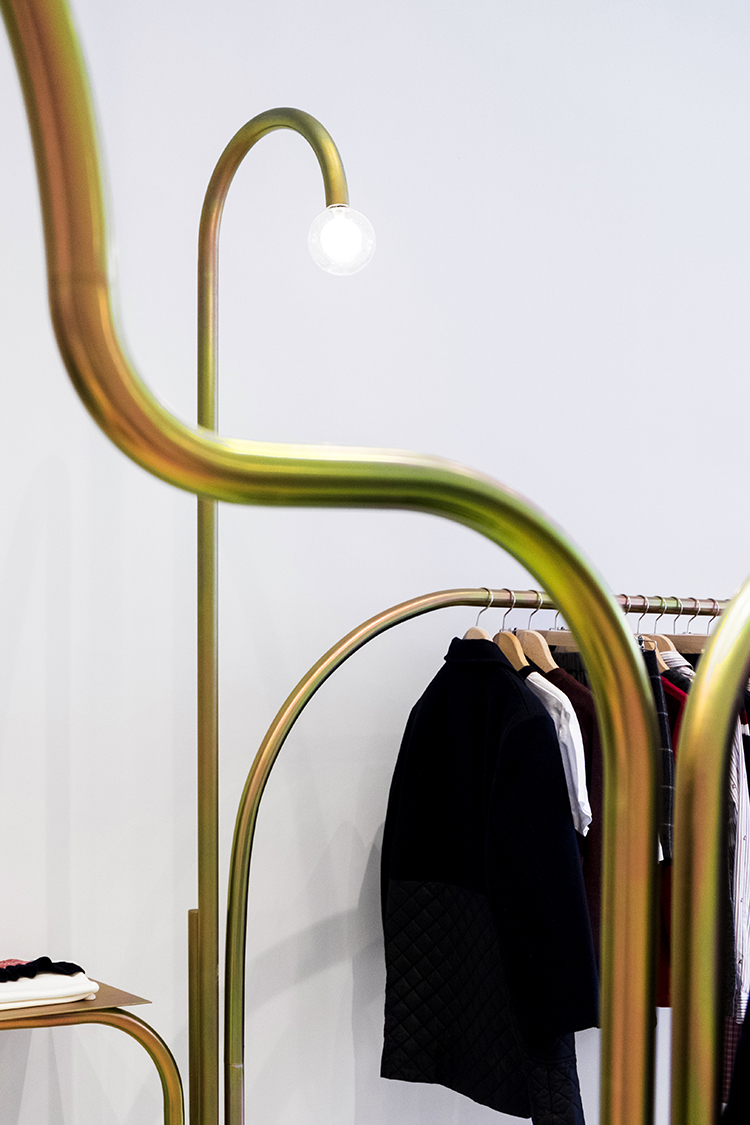 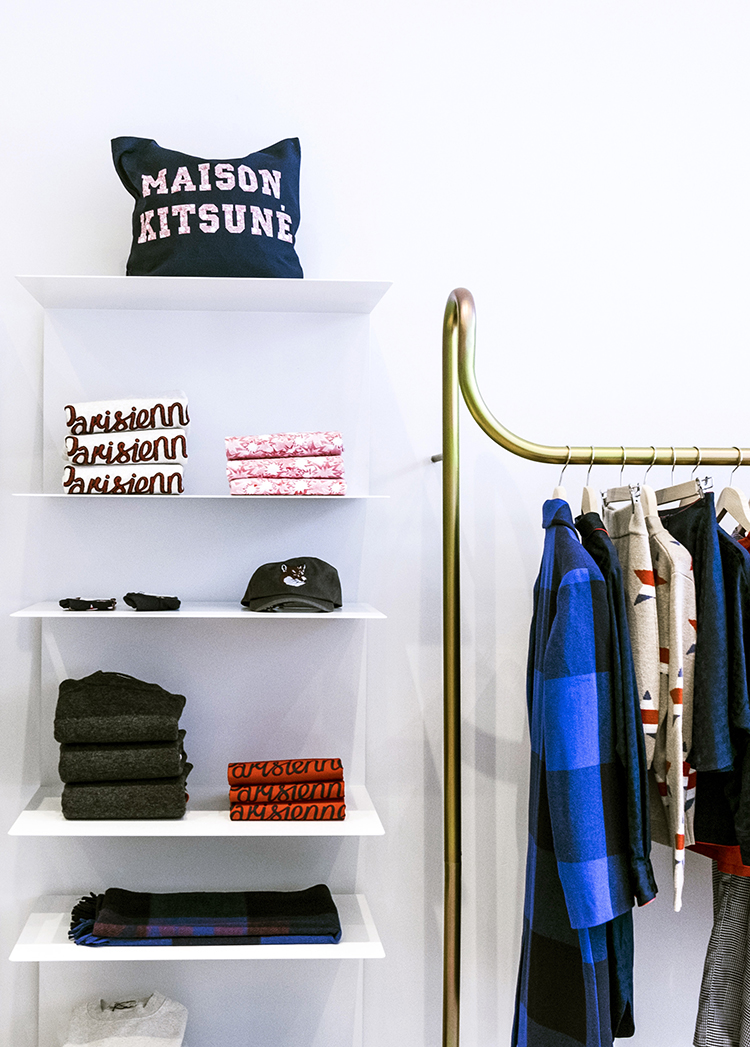 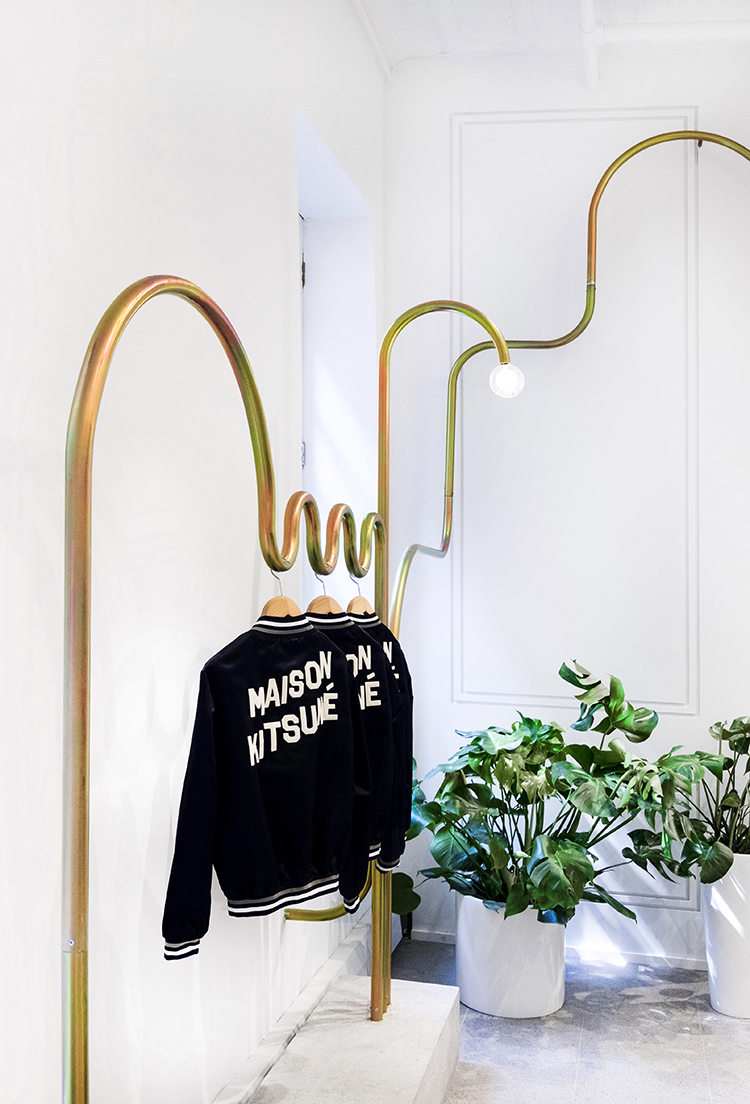 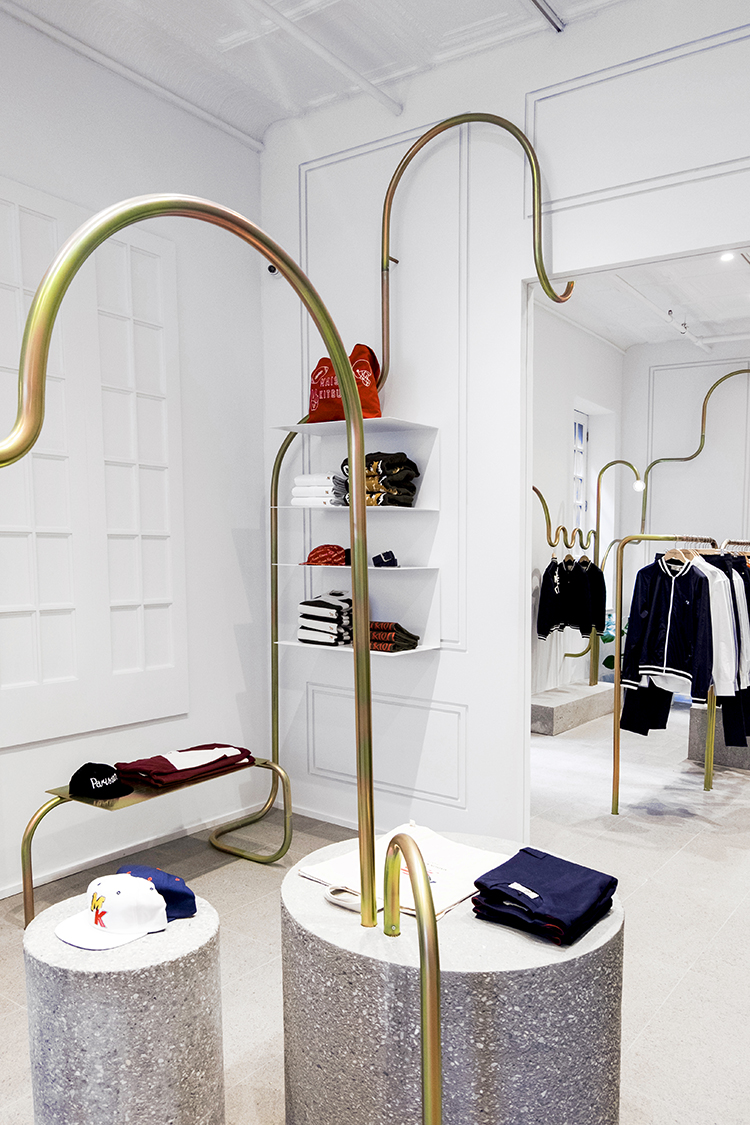 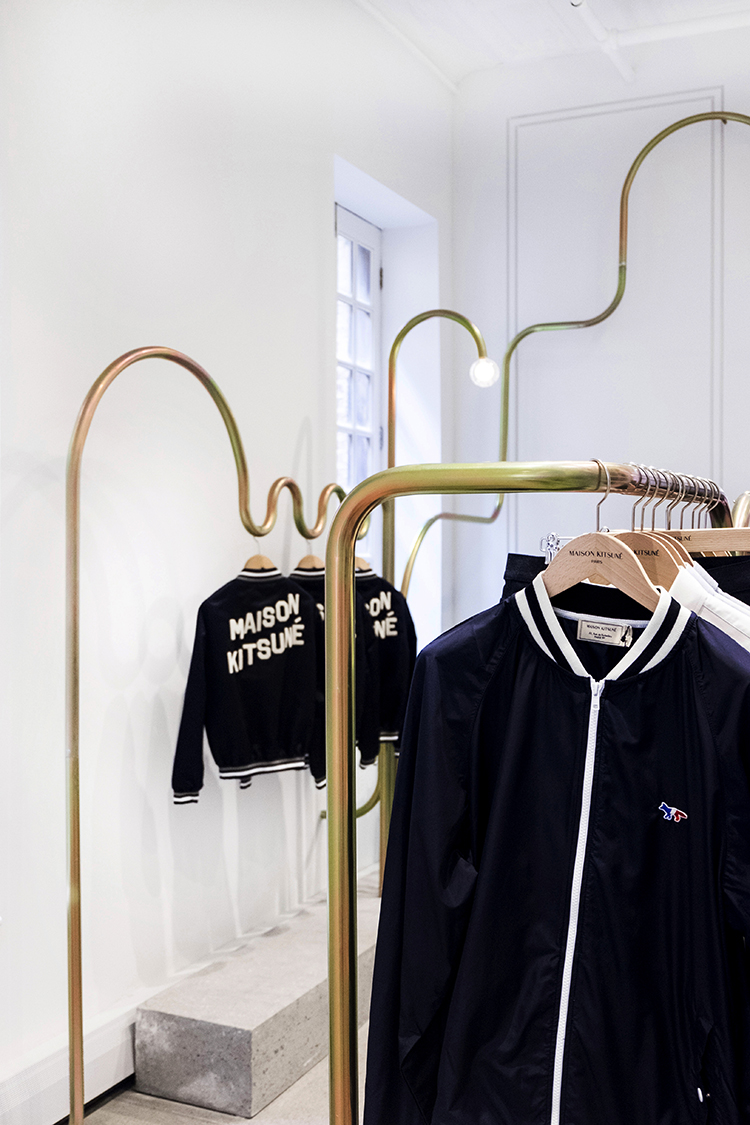 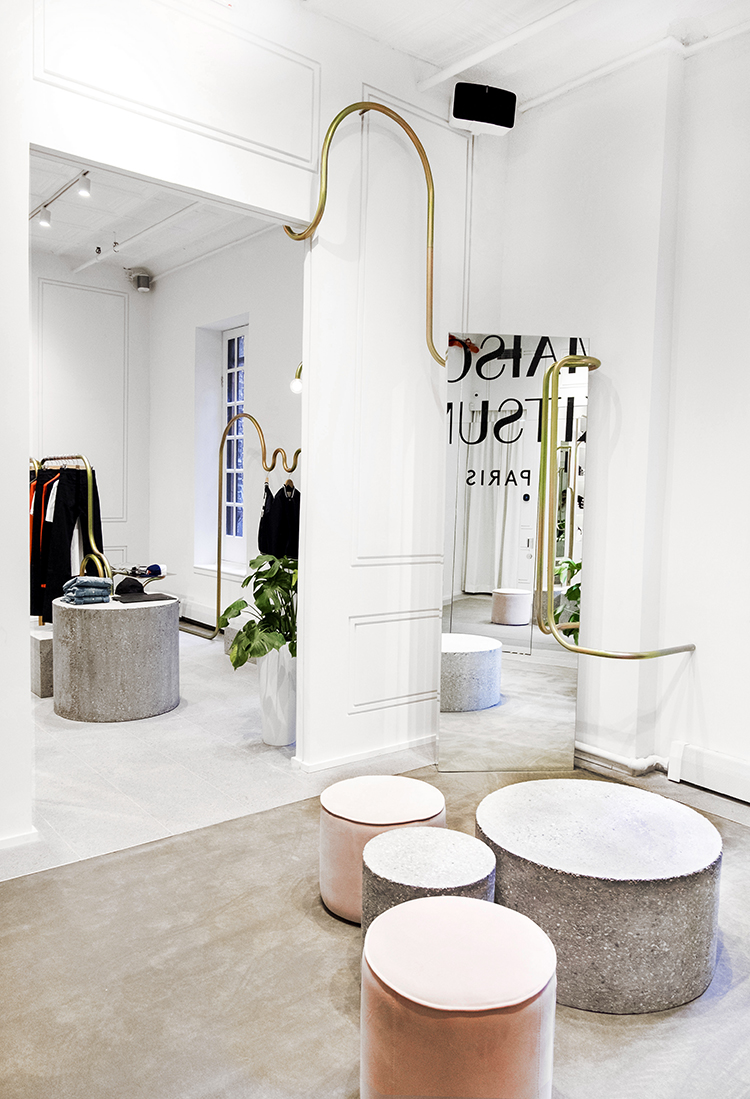 all images courtesy of Mathieu Lehanneur