Athlete Eliud Kipchoge won the 2018 London Marathon wore a pair of Nike trainers with the world’s first 3D-printed upper. At its most basic level, Nike Flyprint uppers are produced through solid deposit modeling (SDM), a process whereby a TPU filament is unwound from a coil, melted and laid down in layers. The process to develop the Flyprint uppers begins by capturing athlete data. That data was then computed (through computational design tools) to affirm the ideal composition of the material. Finally, that information was employed to produce the final textile.

One interesting benefit of 3D textiles over traditional 2D fabrics is the increased dynamism made possible by adding an interconnection beyond a warp and weft; an advantage of Flyprint textiles comes in the fused nature of the material. For example, whereas in a knit or woven textile there is frictional resistance between the interlaced (warp and weft) yarns, in a printed textile, due to its fused intersections, there is greater potential for precision-tuned containment. It is also lighter and more breathable than Nike’s previously employed textiles. 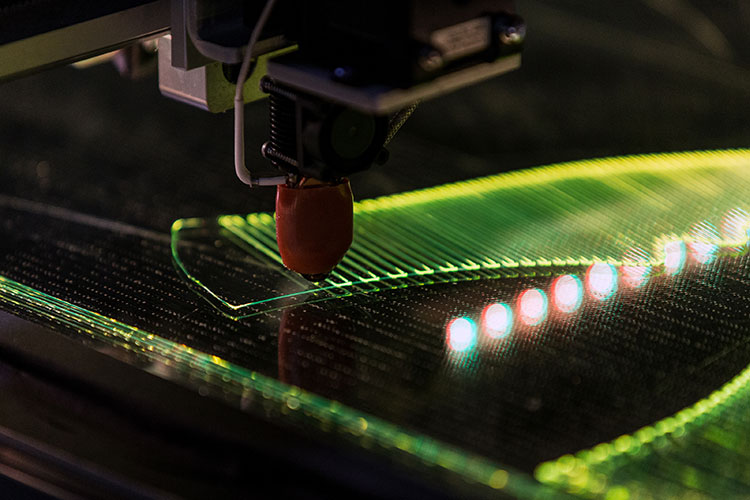 In terms of design pace, the advantage of Flyprint method in traditional textiles is two-fold: Specific lines of the material can be adjusted locally while preserving the global construction, and rapid iteration means testing and revision cycle times are trimmed significantly. In short, Flyprint allows for the highest-fidelity design with the greatest athlete benefit in the shortest time.

The textile also works seamlessly with many other materials, most notably Flyknit yarns, to provide an optimal balance of fit and structure. In fact, Flyknit yarns can be engineered to thermally bond with the Flyprint textile, eliminating any need for glue or stitching. 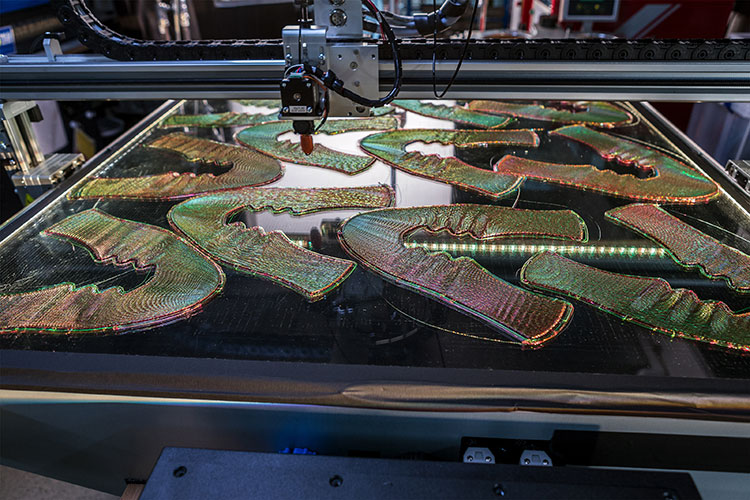 While Adidas unveiled its 3D-printed performance footwear in 2015, Nike claims this is the first time in the world that an upper has utilized this technology. Nike Flyprint uppers are designed to help the world’s fastest distance runners run their fastest. And for that reason, its first articulation is in the Nike Zoom Vaporfly Elite Flyprint shoe. Created for Eluid Kipchoge, and driven by his feedback following last year’s Berlin Marathon and through a rapid-fire prototyping phase, the new upper improves the VaporFly Elite shoe and makes it 11g lighter than Kipchoge’s original pair. 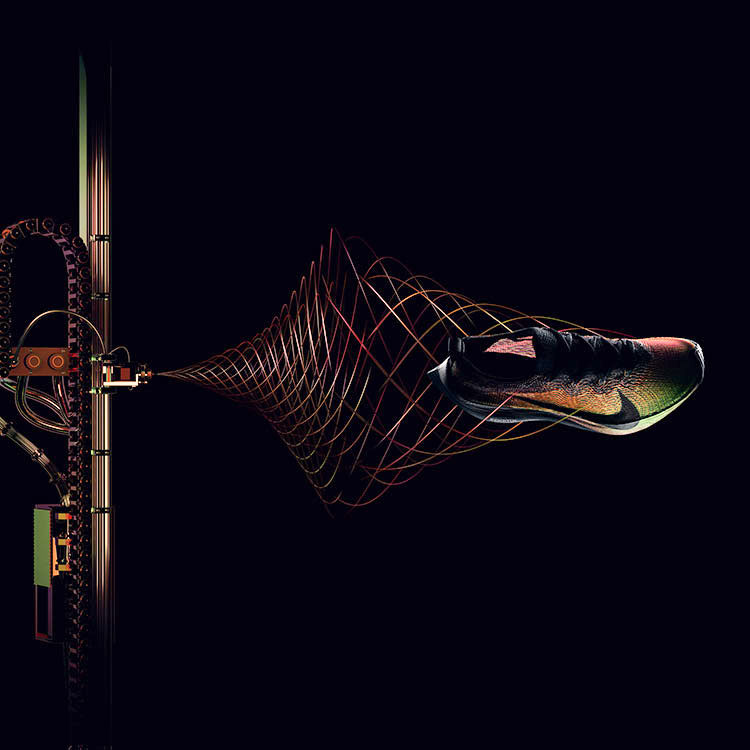