Architecture practice Red Deer have designed Grá, an artisan sourdough pizza and natural wine restaurant in Los Angeles. Collaborating closely on the design with founder Michael McSharry, Grá – the Irish word for love – echoes the passions of both McSharry and Red Deer — McSharry’s being sourdough and Red Deer’s being materials and mood.

Set on Pizarro Street near the lake in LA’s Echo Park, Grá found its home in a disused old barn complete with original trusses, a concrete core and marks from previous generations. 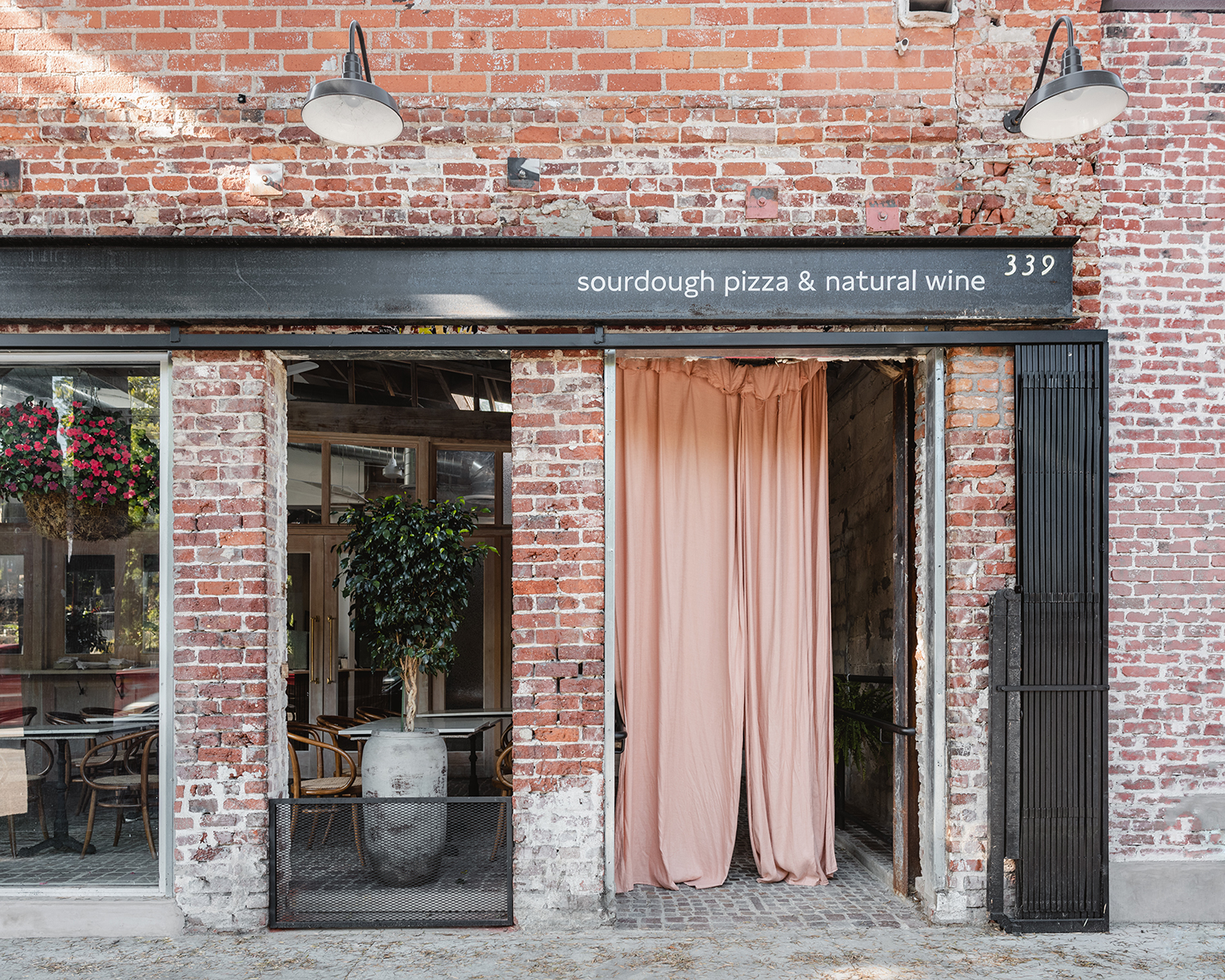 The 3500 sq ft space is divided up broadly into a bar, a main dining area with communal tables adjacent to an open-plan kitchen, an off-street patio dining area and a recessed internal courtyard. The open-plan kitchen and back of the house centers around a domed Italian wood-burning oven, the heart of Grá. 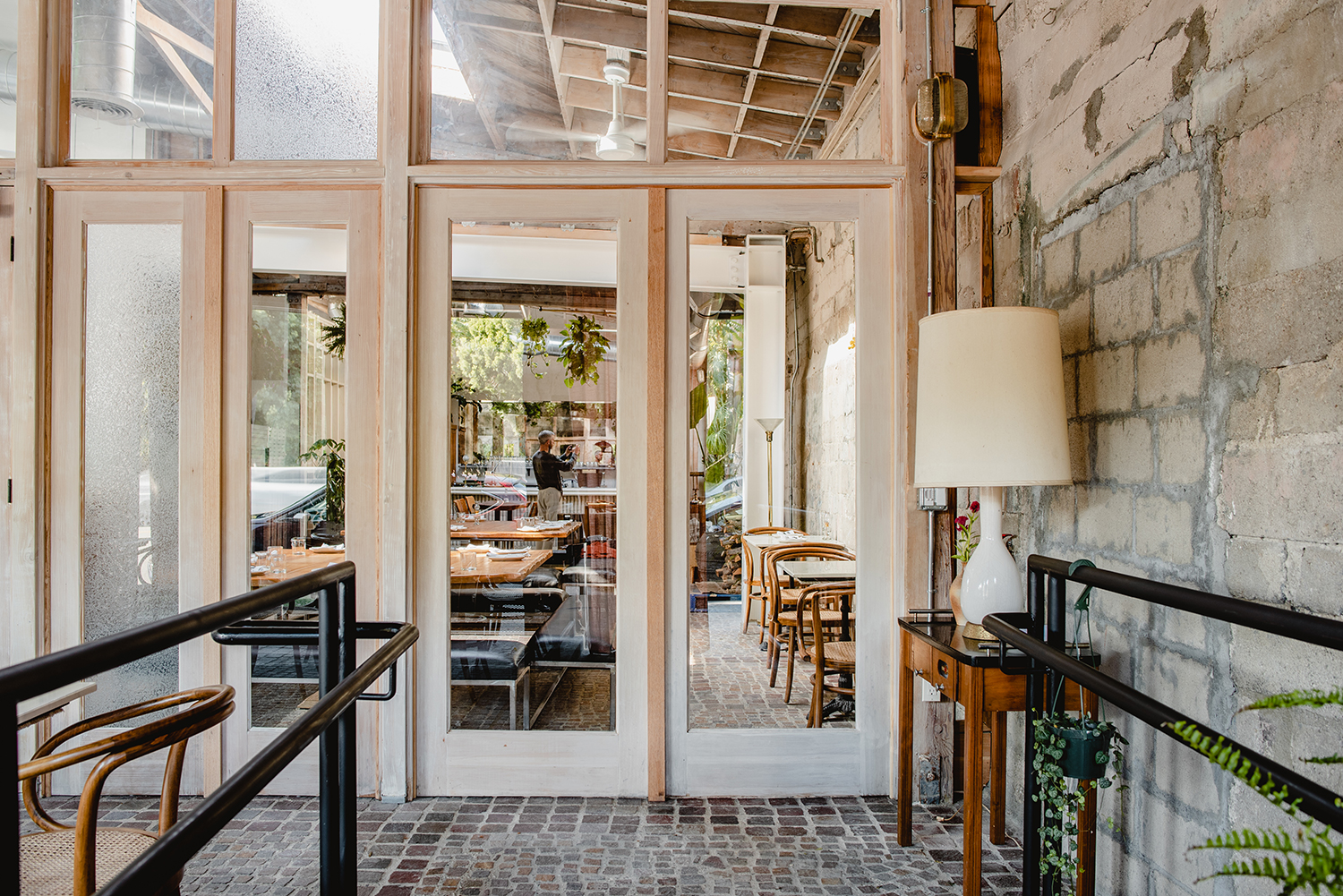 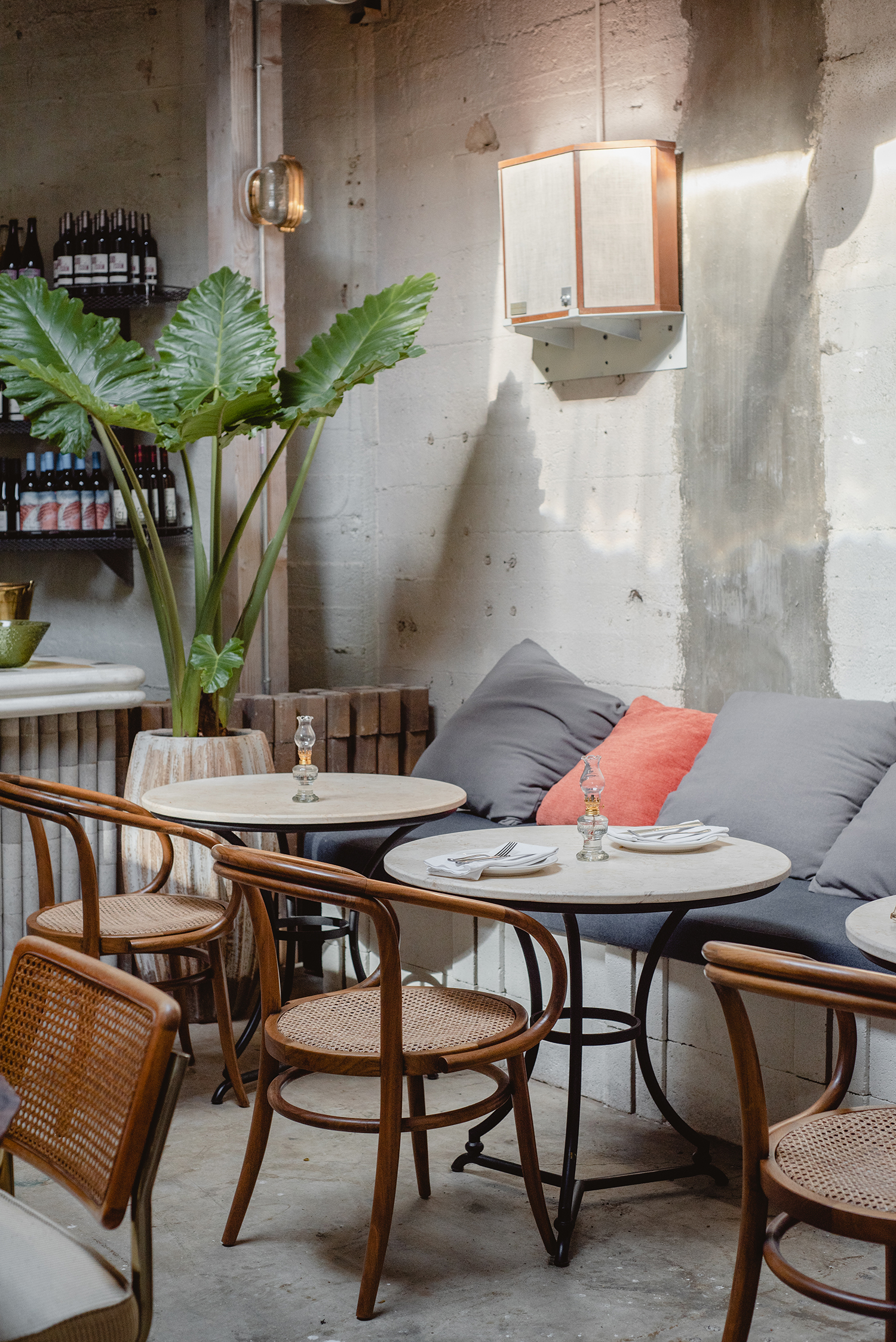 Red Deer’s approach for the interior concept of Grá was simple and a practiced routine in commercial design in their home setting of London, but an exciting new journey in the LA landscape. With a view to reusing and repurposing materials for both aesthetic value and environmental impact, Red Deer looked closely in local Los Angeles builder’s merchants and reclaimed yards and cataloged a new inventory of materials from which to curate the space. Disused marble shards formed the skeleton of Grá’s bar top with planter edgings becoming a beautiful bar front. The floor was an exercise in love itself – lead architect Ciarán O’Brien dreamt of a tapestry of 40,000 individually laid granite setts establishing Red Deer and the concept at large. 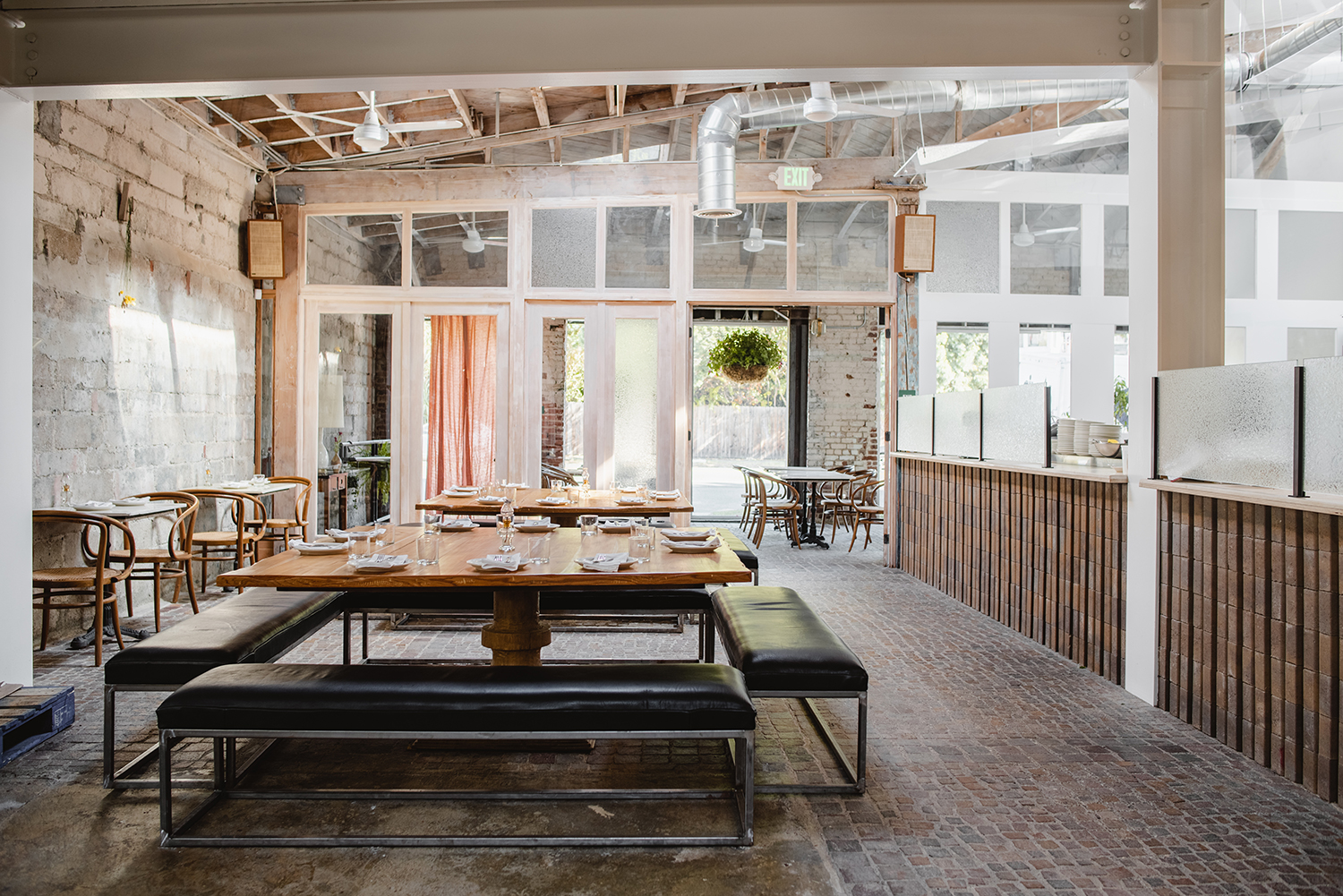 Red Deer and McSharry collaged moods in endless discussions about feeling and simplification to create a restaurant space that felt effortless. The integration of music was key to Grá’s spatial design with bespoke speakers made by Mohawk General Store founder Kevin Carney sitting alongside a bespoke DJ booth. The result is a rustic industrial warehouse aesthetic, with a laid-back inviting atmosphere. 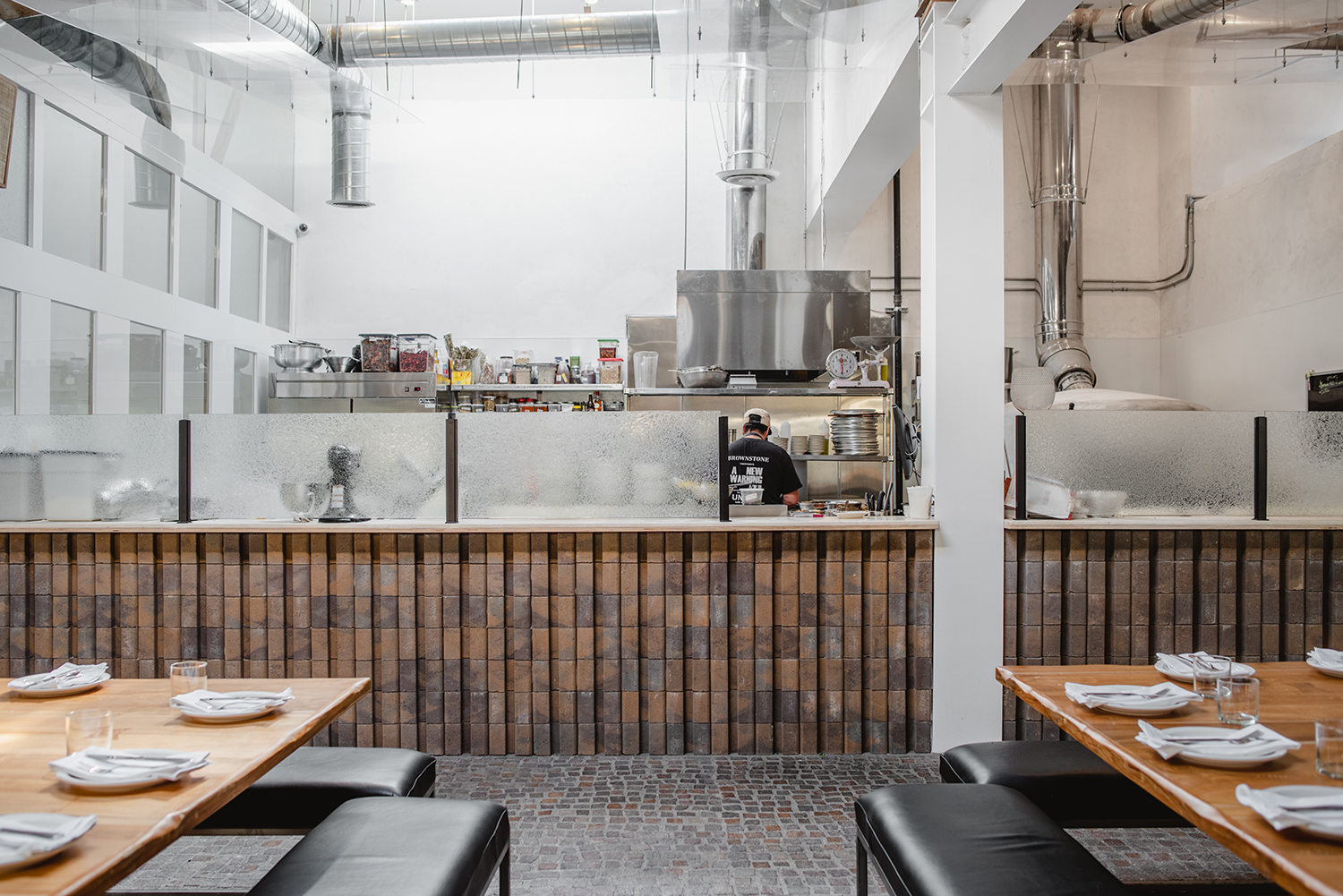 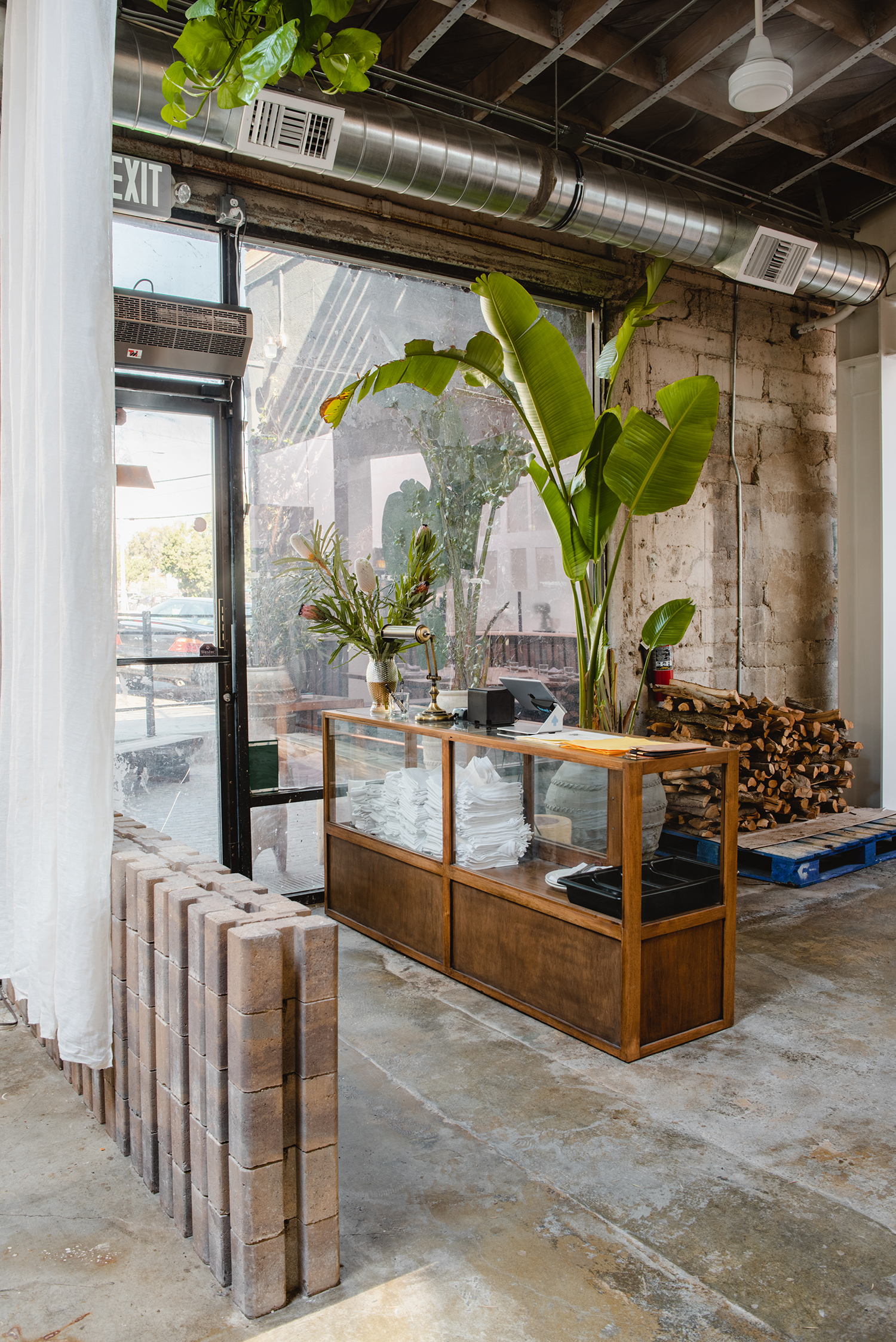 Their first foray into the US restaurant design world, Grá was a rewarding and educational endeavour. In its design, Red Deer aimed to create a space in which they would feel at home within Los Angeles and a space that echoed their European soul present throughout the interior, from the unhemmed branch drapes to the slouch breeze block banquettes, reclaimed lighting and curated mid-century furniture.