Elbow is a portable cassette player reduced to the core. In XXI century, the rise of cheap and convenient digital media has made all physical formats “outdated“. Still, the tactile intimacy of physical formats is dearly missed. That’s the reason behind the resurgence of vinyl, and also motivation behind Elbow.

By exposing the cassette to the elements, Elbow offers a fresh user experience, allowing the listener to directly appreciate the mechanical motion, or even forcibly interrupt playback. 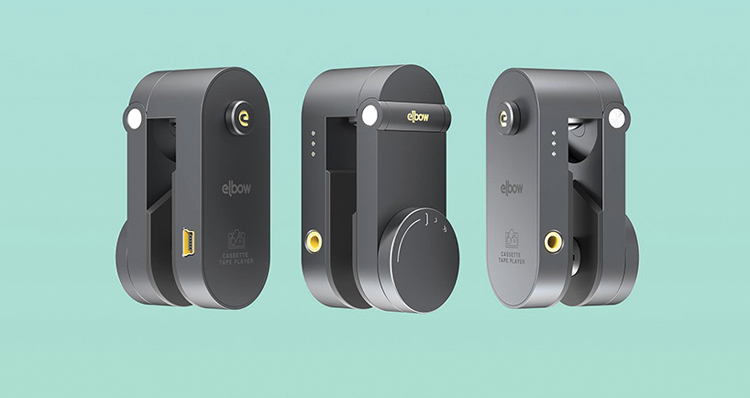 A typical cassette player uses a capstan and a pinch roller to drag the tape along the magnetic head at a constant speed. Additionally, separate pulleys rotate the take-up and supply reels to manage the tape. Ad tape relocates from one reel to another, mechanical clutches, belts and springs adjust the speed of both pulleys. Alternatively, capstan and reel pulley can have separate motors. All oh this result in a quite complex device and takes up a lot of space.

In Elbow, a single pulley is used to drive the tape. To maintain constant playback rate, tape speed must be tracked by optical sensor and used as a control parameter for motor adjustment. 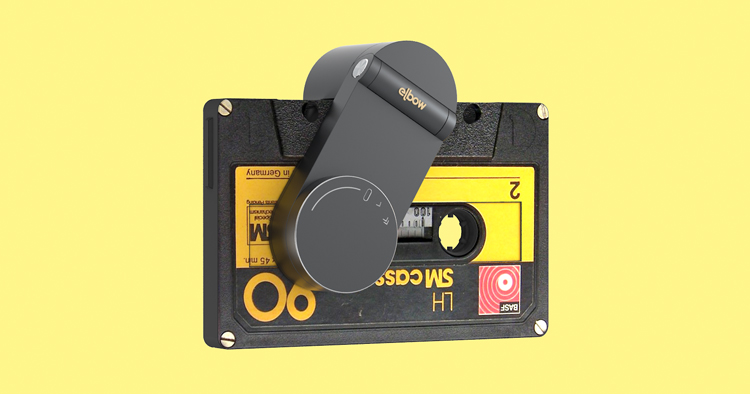 Elbow’s most prominent feature is the biaxial arm. It rotates in two directions – upward motion enables the insertion of a cassette, while sideways motion allows to manually switch playing direction. Playback is controlled by a single wheel – turning left from the initial position activates the motor and increases volume, turning in the opposite direction fast-forwards the cassette. 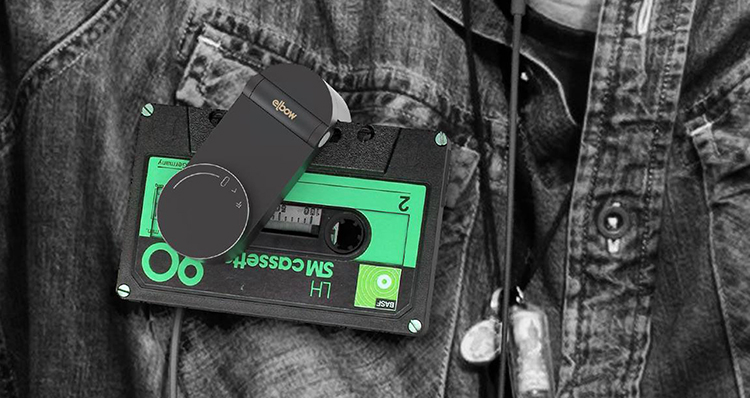 The device has two connections: a standard 3.5mm audio plug, and a mini-USB port for charging and transferring audio to a computer. Also, an additional pin can be used to attach player to clothes and other objects, turning your cassette into a unique accessory.

all images and video courtesy of BrainMonk