Italian carmaker Apollo has finally unveiled its new Intensa Emozione hypercar with a V12 engine producing 780 hp. The car was presented late on Tuesday at a special event in Italy where Apollo confirmed that just 10 examples will be sold, each at a price approaching $2.71 million. 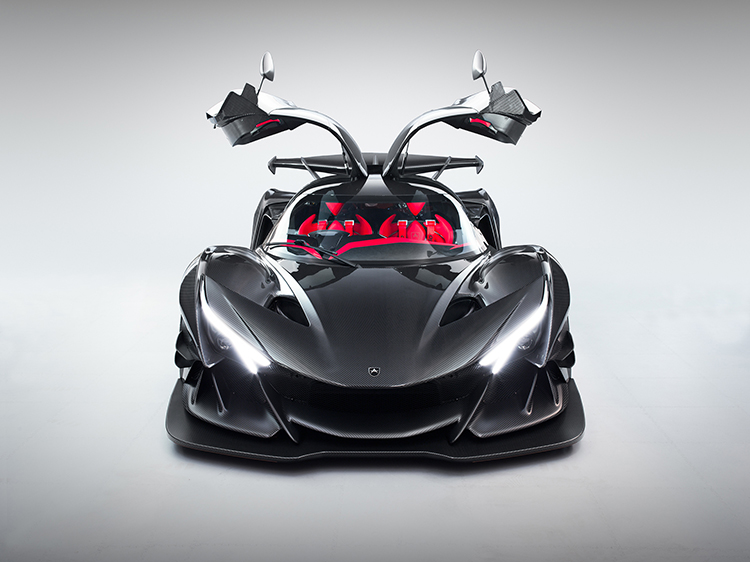 The Intensa Emozione is a superleggera that combines the aerodynamic efficiency and mechanical grip of a modern race car with the classical thrill of a high-revving naturally aspirated V12. This car has an organic granularity that other modern hyper-cars strive for, but are unable to deliver. All this while featuring a modern, intensively striking design language that symbolizes the brand.

The Apollo Intensa Emozione embarks on a new chapter to ground an intensively striking design language that symbolizes the brand. Pushing the boundaries of design, engineering and extensive applications of exotic materials. The Intensa Emozione‘s radical body surfaces are sculpted for tremendous efficiency and highly optimized functionality, reflecting and inspired by tactile fighter jets to apex predators such as sharks and raptors. 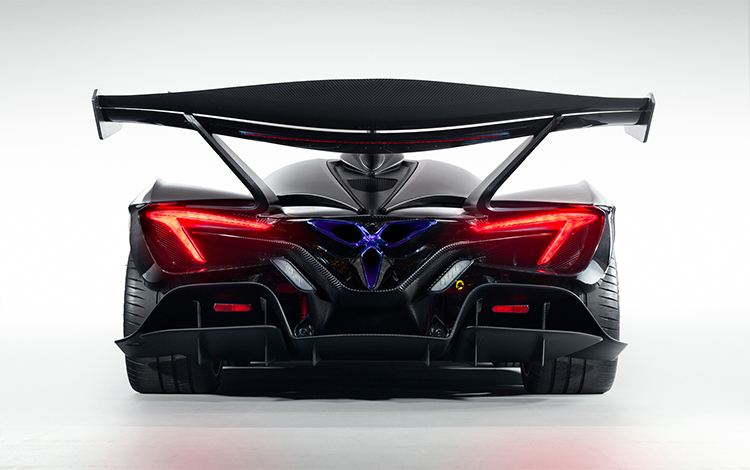 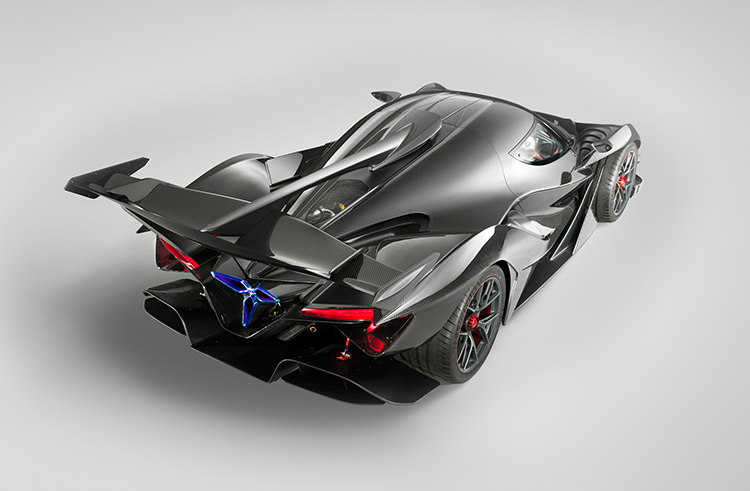 A narrow teardrop shaped glass house allows the Intensa Emozione to achieve its stunning, bold and balanced proportions. Acuate creases and exposed wheels facilitates precise streamlining of airflow whilst resulting in a lightweight appearance grounded by powerful stance. Structural supports such as the rear spine and wing mounts are designed in order to achieve and sustain over 1350 kgs of downforce. 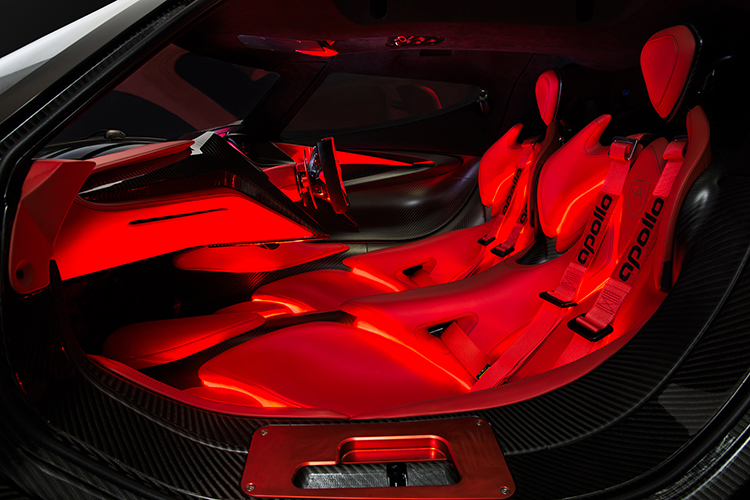 Every part of the Apollo Intensa Emozione is designed for highly functional purposes with a radical approach on style. Prominent elements such as the striking shark like nose, distinctive side aero fins, large angled wing mounts and the trident exhausts, make it instantly recognizable as an Apollo. 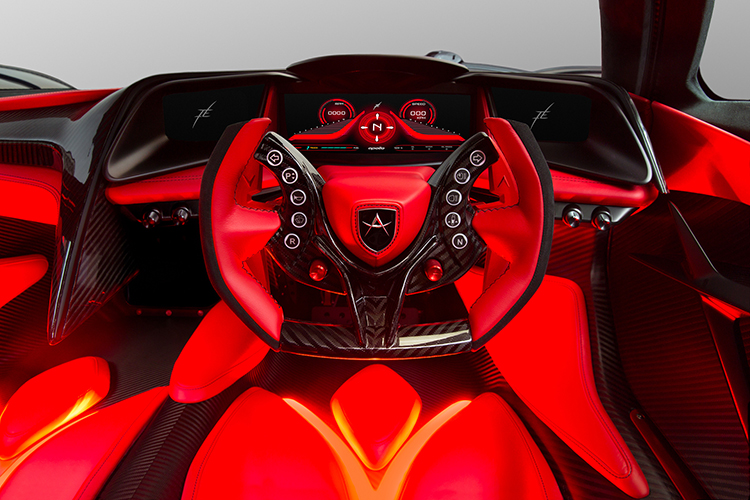 Powering the Intensa Emozione is a naturally aspirated 6.3-liter V-12 whose output is capped at 780 horsepower and 560 pound-feet of torque. The engine is paired to a 6-speed sequential shifter, chosen for its strength and low weight compared to dual-clutch transmissions, and will see the IE rocket to 62 mph in 2.7 seconds and top out at 208 mph.

all images courtesy of Apollo