After its world premiere at the Pebble Beach Concours d’Elegance, the new special series Ferrari 488 Pista Spider has made its European debut at the Paris Motor Show. The 50th drop-top model to be introduced by the Prancing Horse is also the most powerful series production spider in Ferrari history, with an unprecedented weight/power ratio of 1.92 kg/cv. The Ferrari 488 Pista Spider combines the finest race-developed technological solutions with the joy of en plein air driving to deliver an exhilarating experience behind the wheel.

The model’s engine, dynamics and aerodynamics are derived from two track cars: the   488 Challenge and the 488 GTE. The latter won the GT class of the FIA World Endurance Championship in 2017, thus giving Ferrari a total of five GT Manufacturers’ titles since the championship’s inception in 2012. Furthermore, this model has very clearly benefited from the extensive development work done to produce the coupé version, the 488 Pista.

The Ferrari 488 Pista Spider sports the most powerful V8 engine in Maranello history which was also named Best Engine for the third consecutive year at the 2018 International Engine of the Year Awards. The 3902cc twin-turbo V8 unleashes 720 cv (50 cv more than the 488 Spider) with torque calibrated to deliver a feeling of constant, ever-increasing acceleration. The engine also won the special “Best of the Best” title as the top engine of all the winners of the last 20 years. Its performance figures are the highest of any spider ever built by the Prancing Horse, including 0-62 mph acceleration in 2.85 seconds and a lap time at Fiorano of just 1’21’’5. 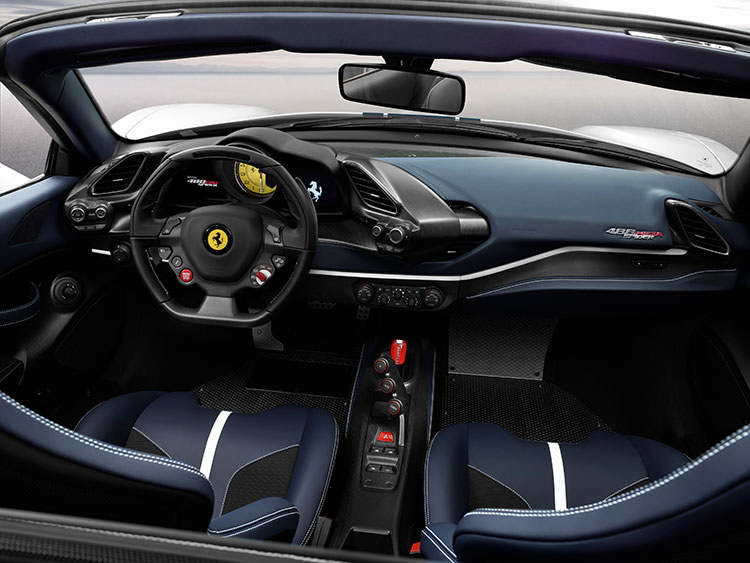 Aerodynamic demands guided the work of the Ferrari Design Centre team. The 488 Pista Spider’s forms have been meticulously sculpted to ensure they are more performance-oriented than ever, with huge attention lavished on ensuring that while aerodynamic demands were met, the Maranello marque’s signature styling elements and aesthetic canons were respected. 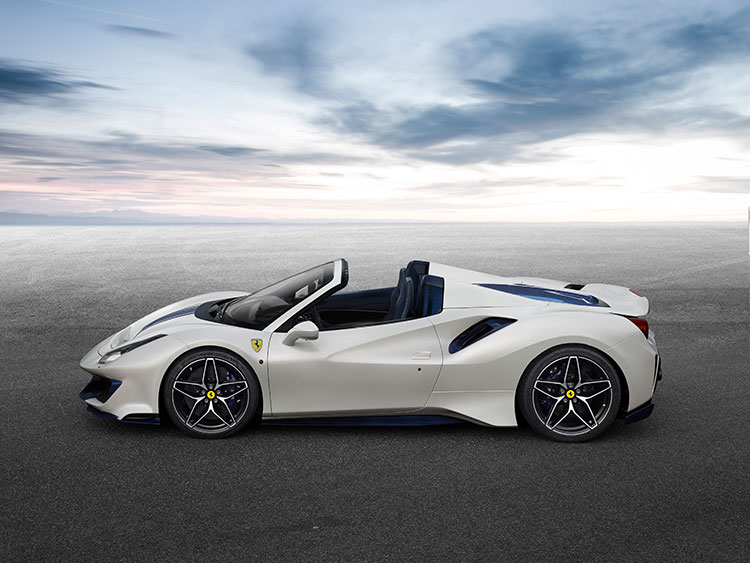 The designers used innovative elements, such as the aerodynamic S-Duct at the front, as an opportunity to visually shorten the car’s nose, creating an original floating wing effect. The black, omega-shaped edging on the front bumpers and the side flicks reference the prominent aerodynamic underbody motif of the 488 GTE.

Most notable on the flanks is the fact that the splitter in the side air intakes of the 488 Spider has been removed. At the front, the aerodynamic profiles that start at the front bumpers run sleekly along the side miniskirts all the way to the side appendages of the rear diffuser.

The concept of the front is echoed in the dolphin-tail rear spoiler which appears suspended to provide an impression lightness and efficiency, while the rear volumes add a sense of power to the tail. The Ferrari 488 Pista Spider has a racing livery that runs the entire length of the car, starting at the front bumper, then diving into the S-Duct and continuing all the way to the rear spoiler. 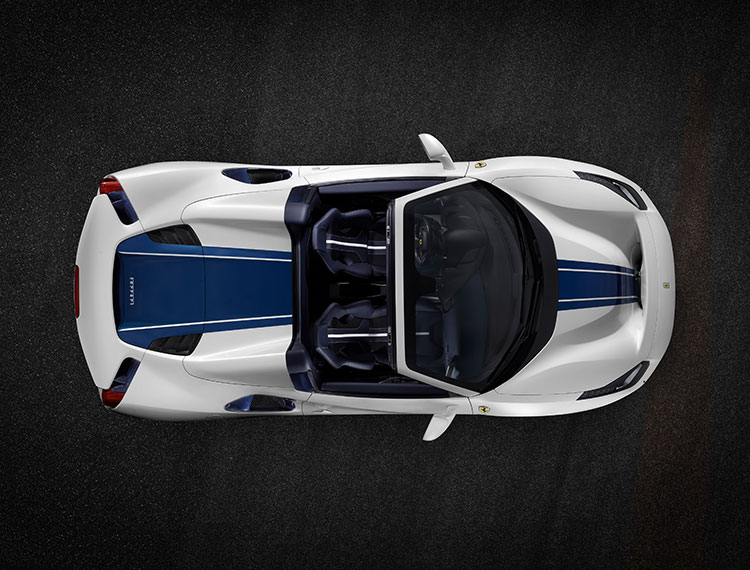 The interior has a distinctively spare racing feel. The extensive use of lightweight, exclusive technical materials such as carbon-fiber and Alcantara works brilliantly with the meticulous crafting and sophistication that is the signature of all Ferrari cockpits. Contrasting hand-stitching, tread plates and heel rests in triangular pattern aluminum and sculpted door panels are fine examples of this. 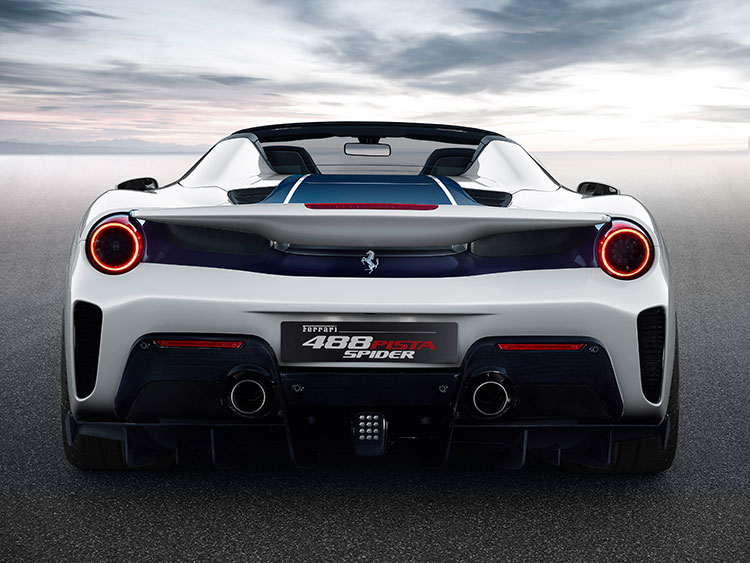 The driver zone has been enhanced by two newly-developed all-carbon-fiber instrument clusters around the main instrument panel (optional content). The glove compartment (normally incorporated into the dashboard directly in front of the passenger) has been removed and replaced by handy storage pockets on the rear bench and the doors. The effect is to significantly visually slim down the volume of the under-dash area.