Shutters have been a popular way to control light, heat, and privacy in the home for hundreds of years. Today, plantation shutters dominate the market, and there are a dizzying array of different styles to choose from when crafting an interior.

When glass was an expensive commodity in the pre-industrial world, shutters offered protection. Many stately and historic homes dating from the 17th Century onwards in England featured shutters for this precise reason. This trend may explain the birth of the most popular shutter design today: the plantation shutter. Colonial settlers in hot American colonies not only wanted a practical solution for light, heat, and privacy issues but also to display their connection or affiliation with the wealth of the old world.

Choosing the right shutter system needn’t be about prestige. A practical eye will help you choose between different types of window shutters. To illustrate this, we profiled two of the most popular adaptations, Café style shutters and Track system shutters, and the differences between them.

Café style shutters, as the name suggests, are best known for their use in the coffee houses of France and have become a design classic. The key difference between Café style shutters and something like a Track system is the absence of the uppermost section. Track system shutters offer full coverage to create a snug and secure space, while Café style shutters leave a gap. The latter is a rather ingenious solution to a longstanding problem: what if the room calls for privacy at the same time as constant sunlight?

By leaving a gap at the top of the shutters, sunlight can enter the room even when the shutters are closed. This prevents the gloomy atmosphere of a fully shuttered up space and allows a designer to create a zone that feels both private and open to nature. If total privacy is not an issue and more light is wanted, these are perfect. However, if total privacy is the goal, then the Track shutters offer a versatile design solution to the problem windows pose. 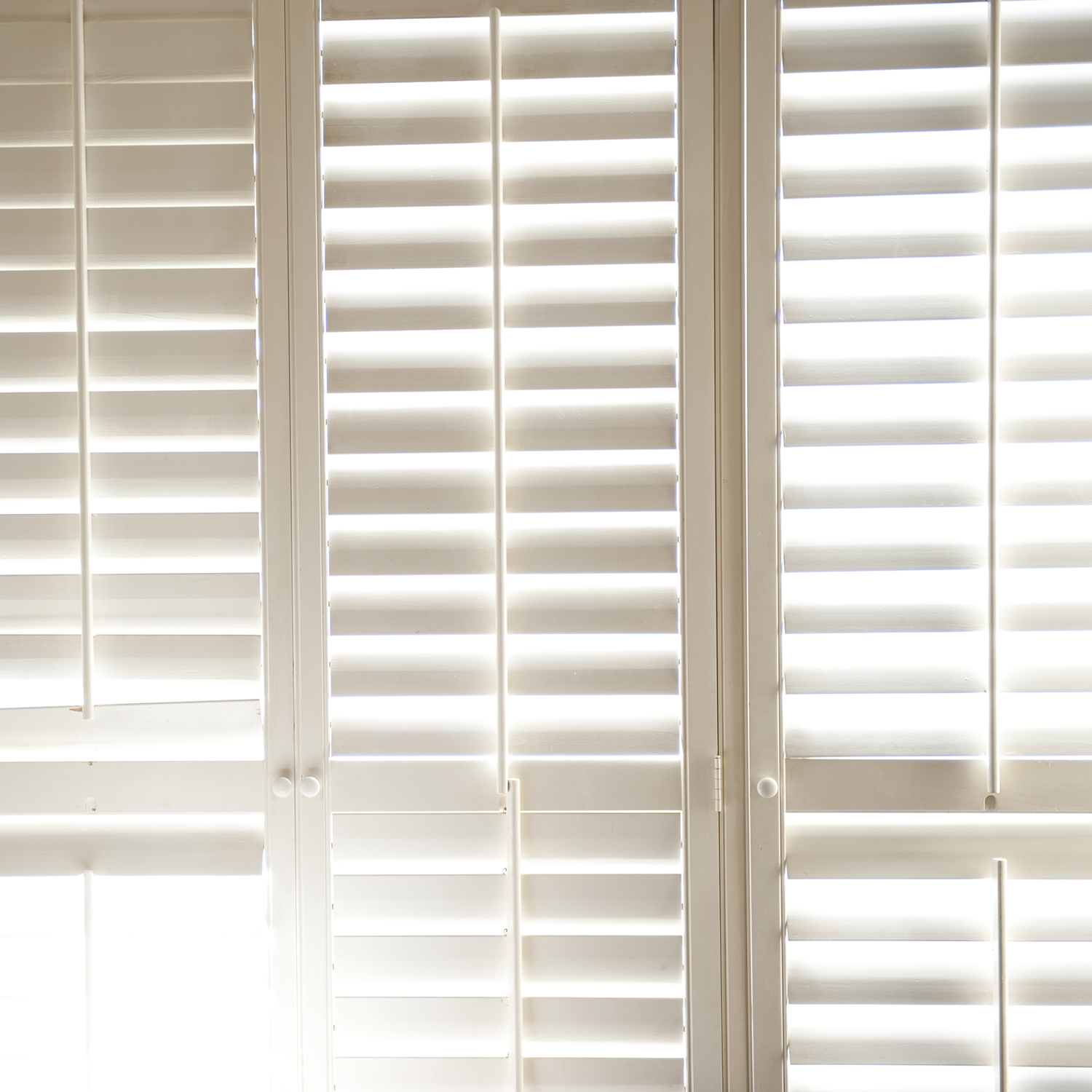 Unlike Café Style Shutters, Track Shutter Systems take a little bit of care and maintenance and can be quite expensive. However, with café style shutters, as there is no way to fully block out light, it might be necessary to combine café Style shutters with curtains, which adds to the expense. Café Style shutters are cheaper than full-length styles, though, so this could allow for curtains to be included in a stretched budget.

Track system shutters allow you to easily control the environment in a room with big open windows or doors. Unlike most other shutter designs, which fold or concertina to open and close, Track shutters slide smoothly to the side on a small rail.

Choosing Between These Shutters

Like all choices in design, choosing the right style of shutter requires a bit of subjective soul searching. Consider the atmosphere required of space, and the shuttering solution might well propose itself.