Aesop’s has unveiled its very first signature store in Oslo, Norway. The store, designed in collaboration with architecture studio Snøhetta, is the 100th Australian skincare brand’s boutique.  Inspired by the sensory experience of the Aesop consultation process, the architectural exploration began by revealing materials and surfaces that have been hidden and covered within the space, some dating back to the 1800s – a process of archeology. Once revealed in the renovation process, the cosmetic of the new materiality was added to the interior’s existing surfaces, contemporizing the old. In this intimate 66 square meter space, Snøhetta’s goal was to do a lot with little; to play with contrasts in both material and form – with the contemporary and the traditional. 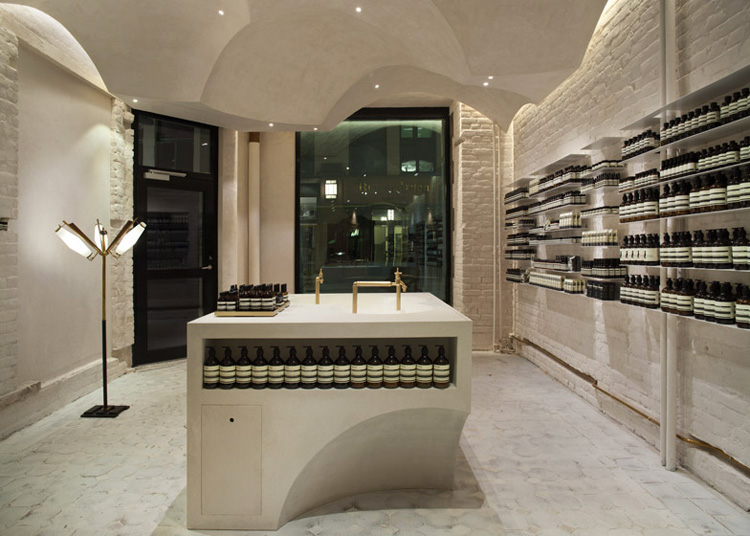 The interior has been reshaped most dramatically where there was most freedom to do so – on the ceiling plane. Here, a traditional form reminiscent of Orthodox churches and monasteries has been contemporized in ten imposing, intersecting domes, finished with matte gypsum plaster to accentuate their varying proportions. This dynamic surface not only creates a sense of depth and wonder, it also allows for playful experimentation with lighting and acoustics. 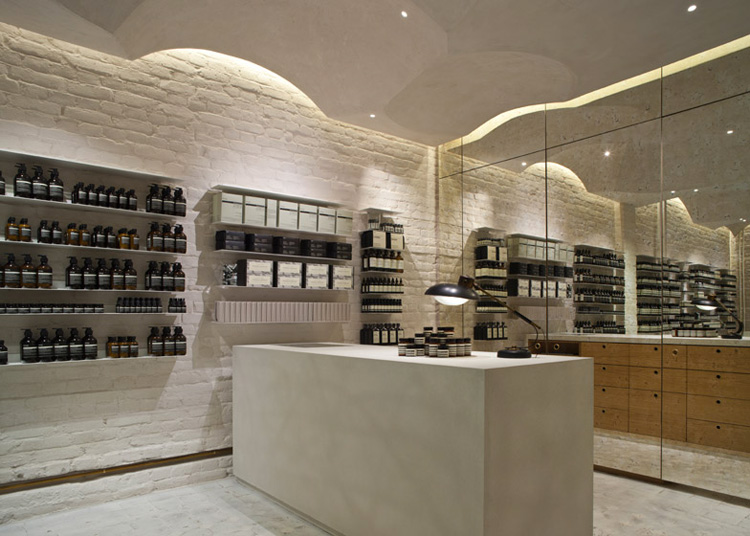 The movement through the space is directed by the centrally located sink. This is where the customers wash their hands, products can be tested, and demonstrations can be made. Its form replicates those of the ceiling domes almost in reverse. The multiple domes in the ceiling function to de-focus the space, while the single wash basin focuses the activities. Original floor tiles are treated with a warm, pale finish to effect a cloudy surface that compliments restored and whitewashed walls. The products themselves are evenly exhibited on simple shelves and discreet horizontal niches. The products play the part of supporting actors where the customer is the lead. Brass taps and fixtures contrast the predominantly monochromatic palette. 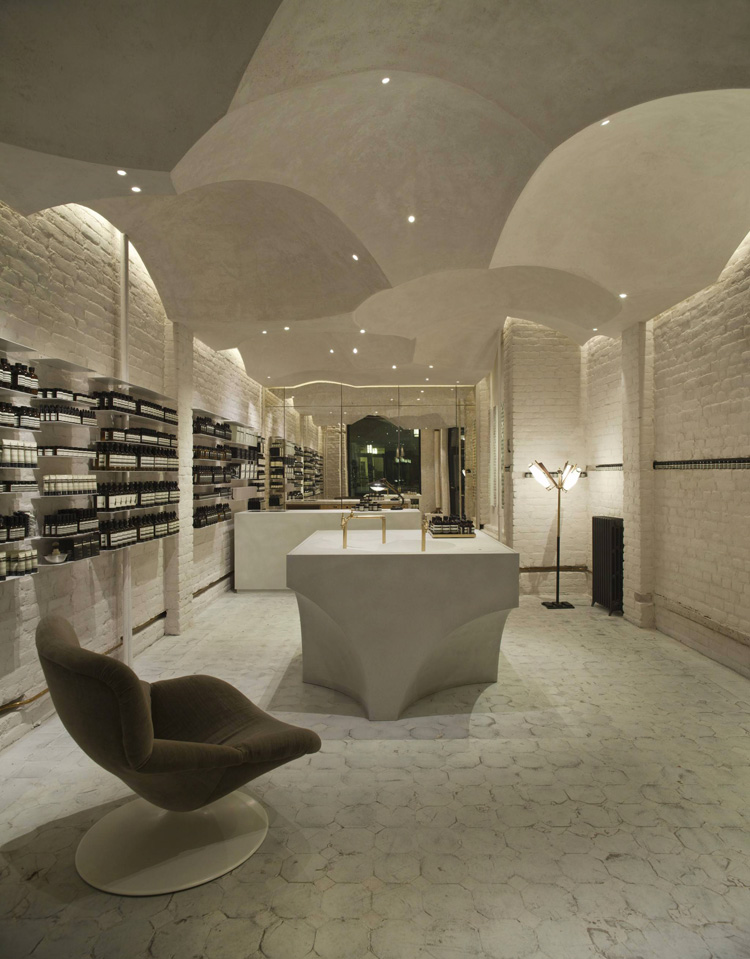 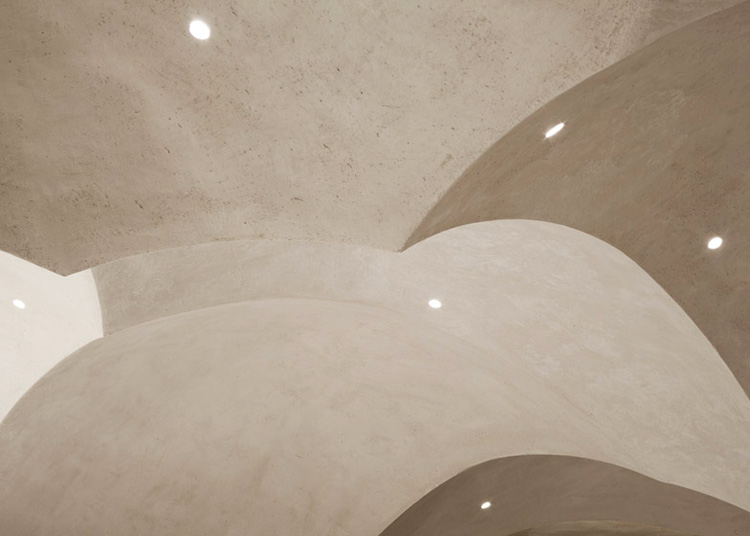 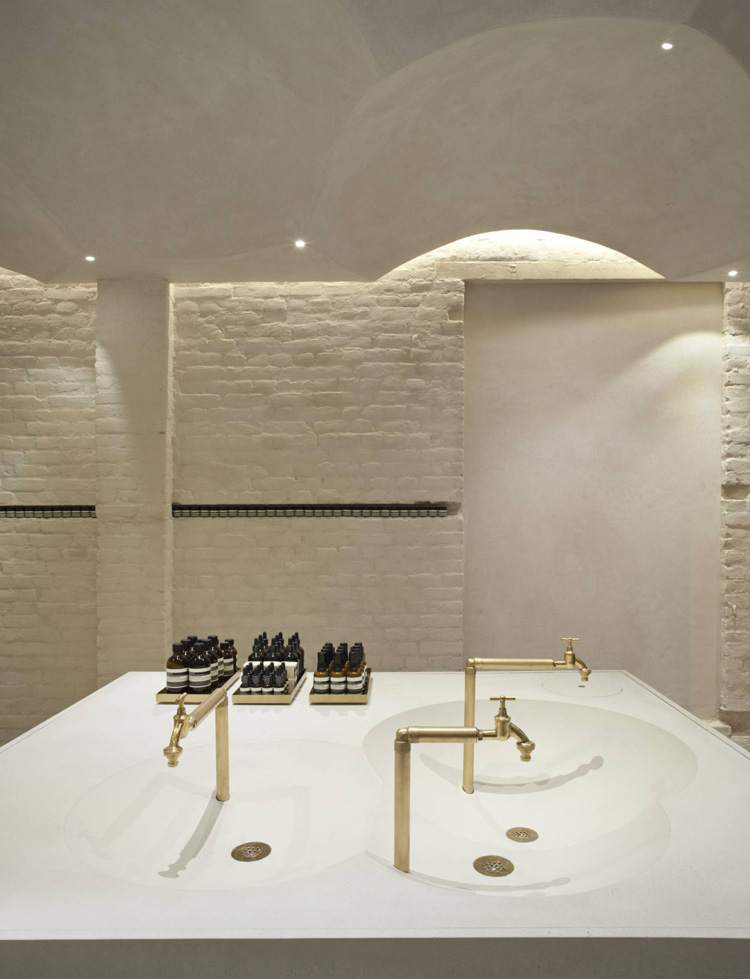 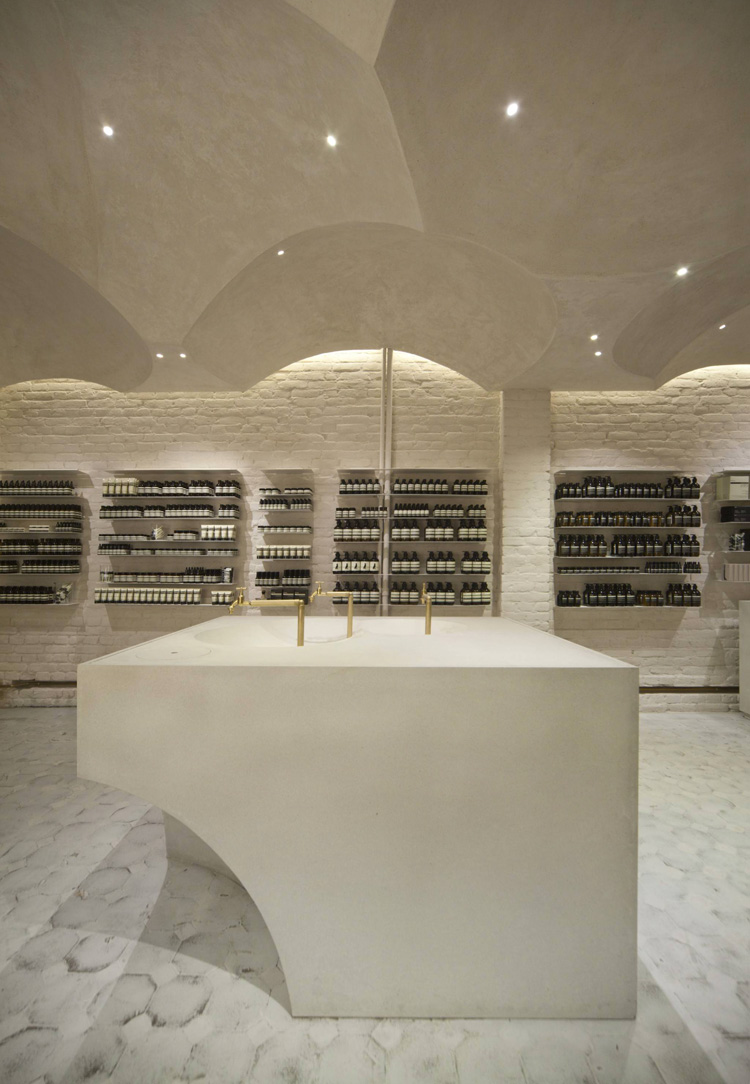 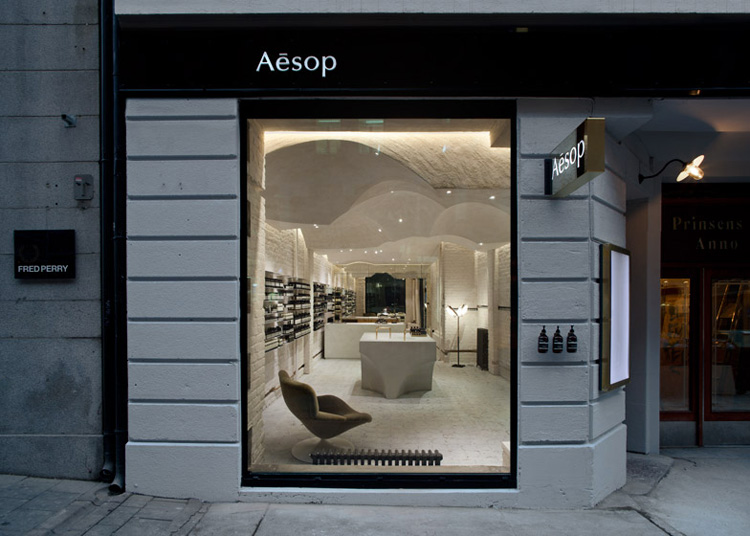 all images courtesy of AESOP