The project comprises two buildings organized around a curvilinear pool and nestled within a landscape of native flora, terracotta paving, and stone walls. A third volume is planned for the site, which will overlook the tree canopy. 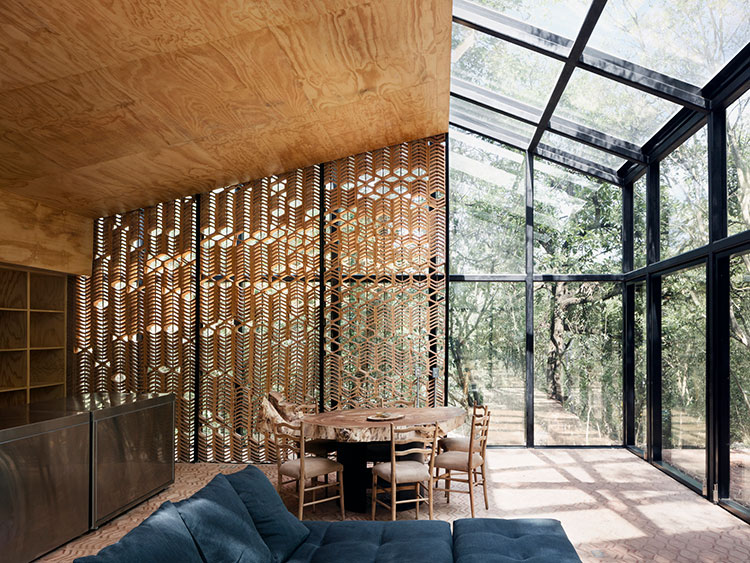 The larger of the two completed buildings is clad in mirrored glass and houses an open-plan living room, dining area, and kitchen in a double-height space. The one-way mirrors give the building a greenhouse feel with floor-to-ceiling views of the forest.

“The housing program is fragmented according to each component’s function and role within the site, but they are all enclosed in a perfect square in the general plan,” said Bilbao, whose studio is based in Mexico City.

The private areas consisting of two bedrooms and bathrooms which are located in the L-shaped building built of clay brick and rammed earth placed diagonally, opposite of the mirrored structure. 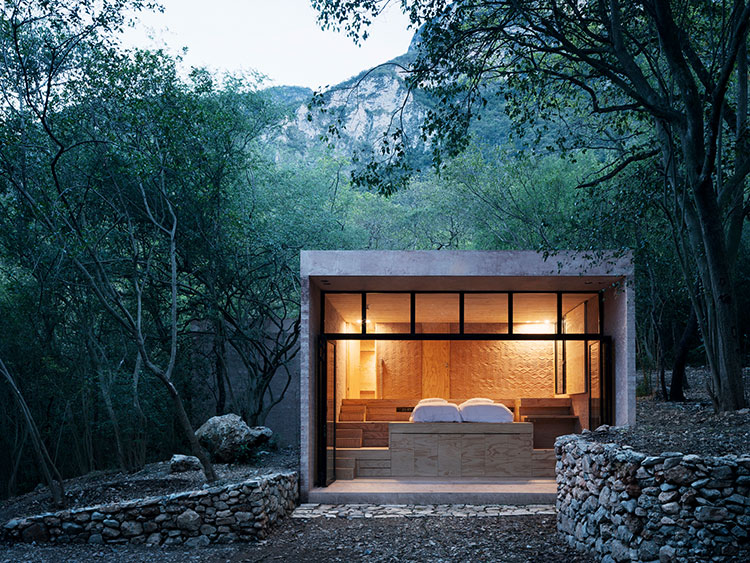 Spanning from the floor to the ceiling is a ceramic screen. It features a chevron-like pattern, which the team calls a lattice, that was used in various ways throughout the project.

“The lattice was designed to adapt according to different spatial connections and structural possibilities,” said the studio.” It works as a solid and permeable floor, a screen partition, a structural wall, and as a semi-open wall that allows ventilation and sunlight to bathe the interior spaces.” 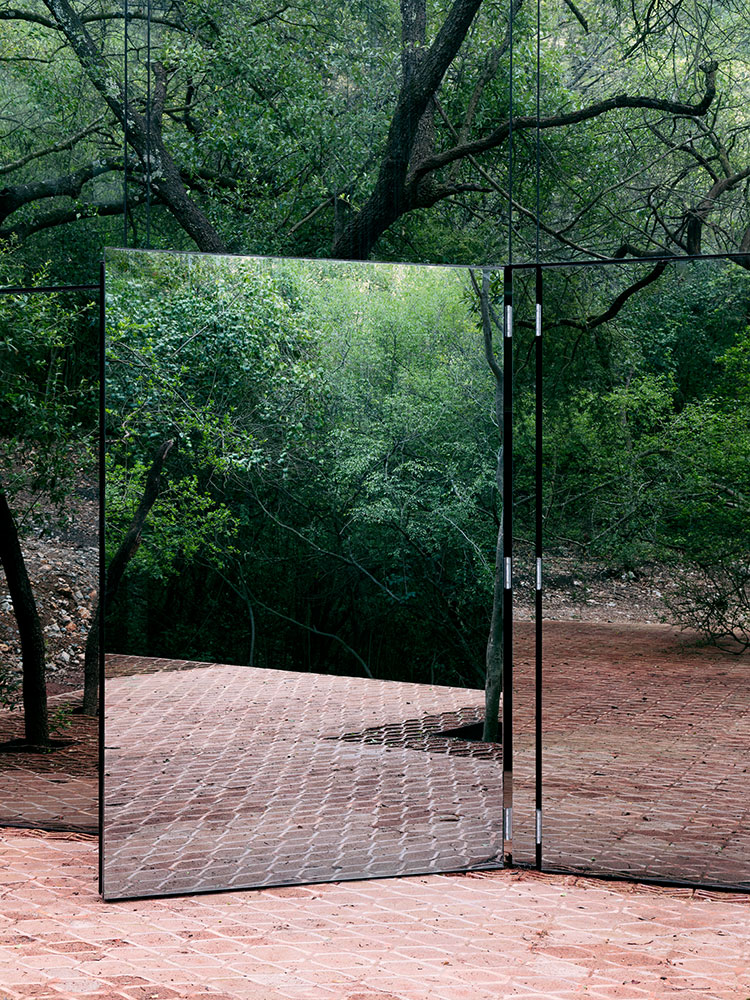 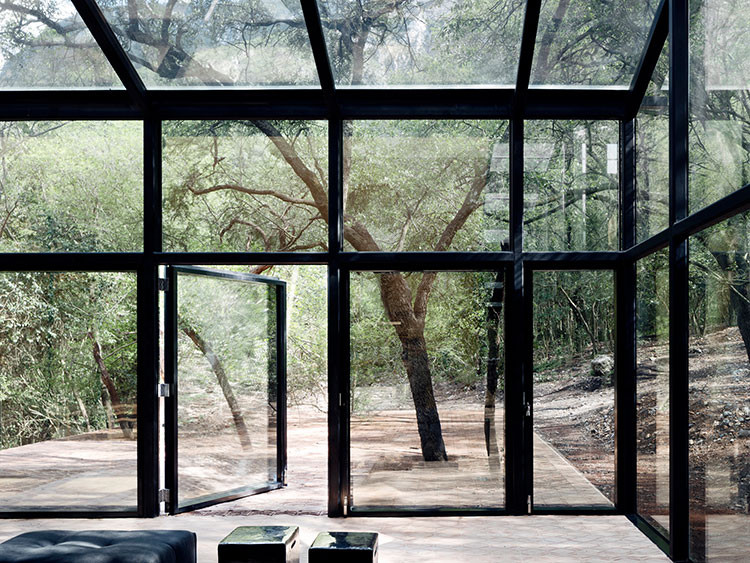 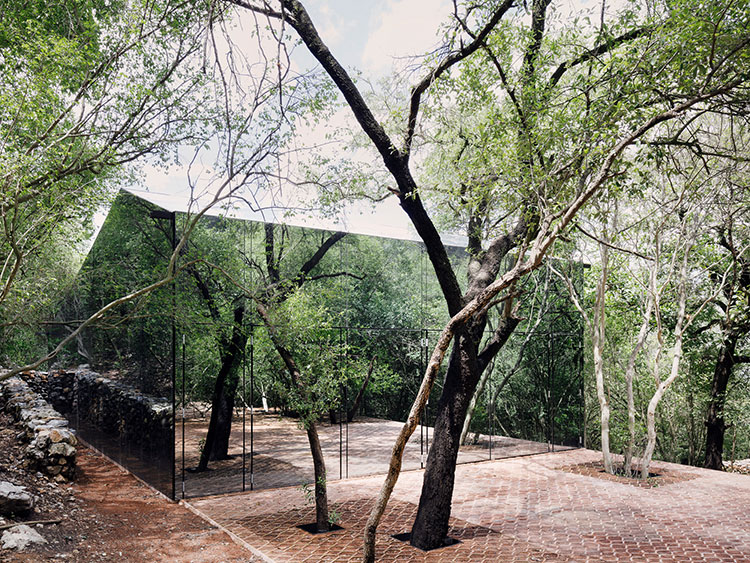 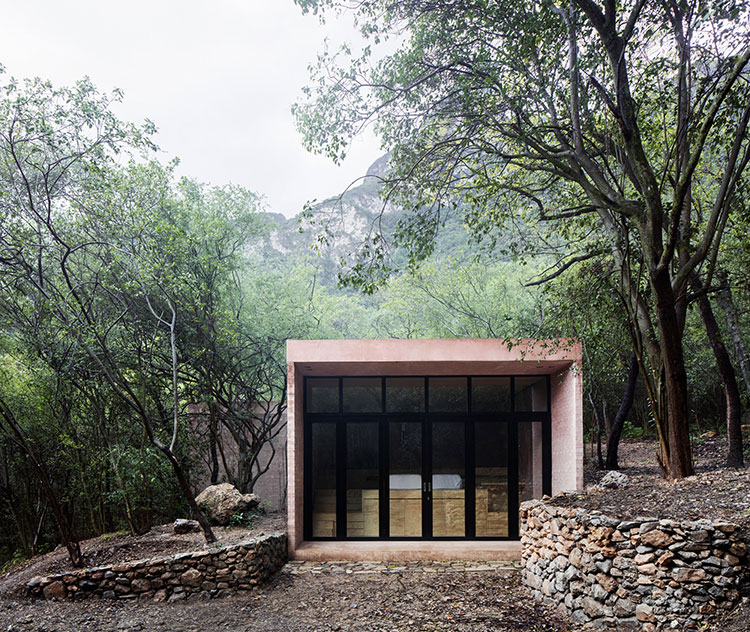 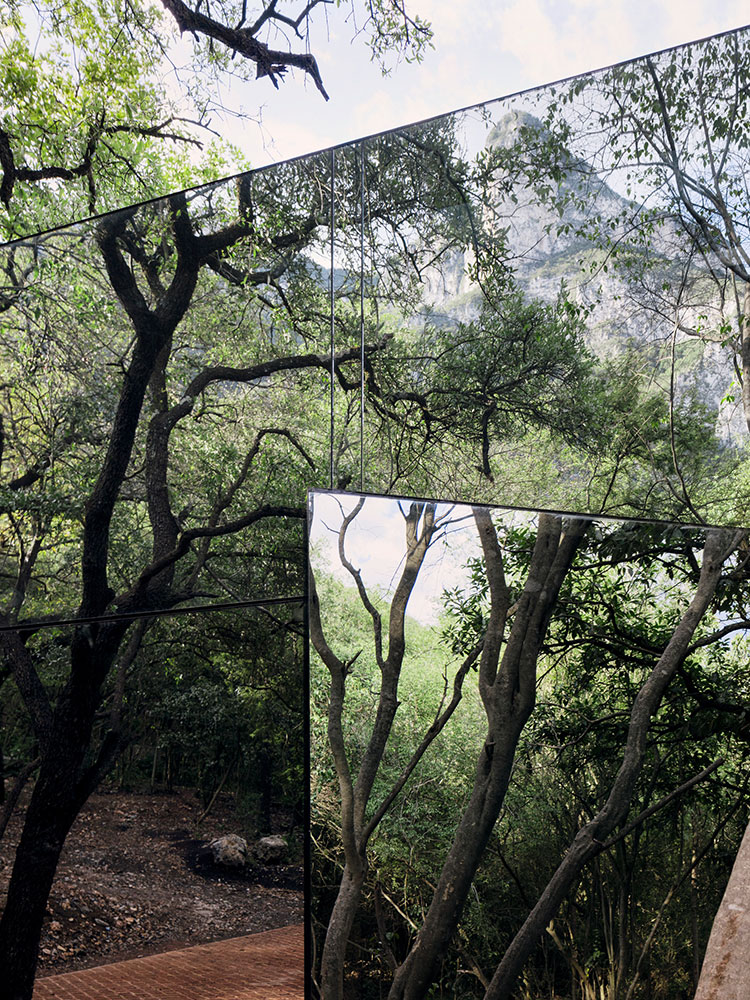 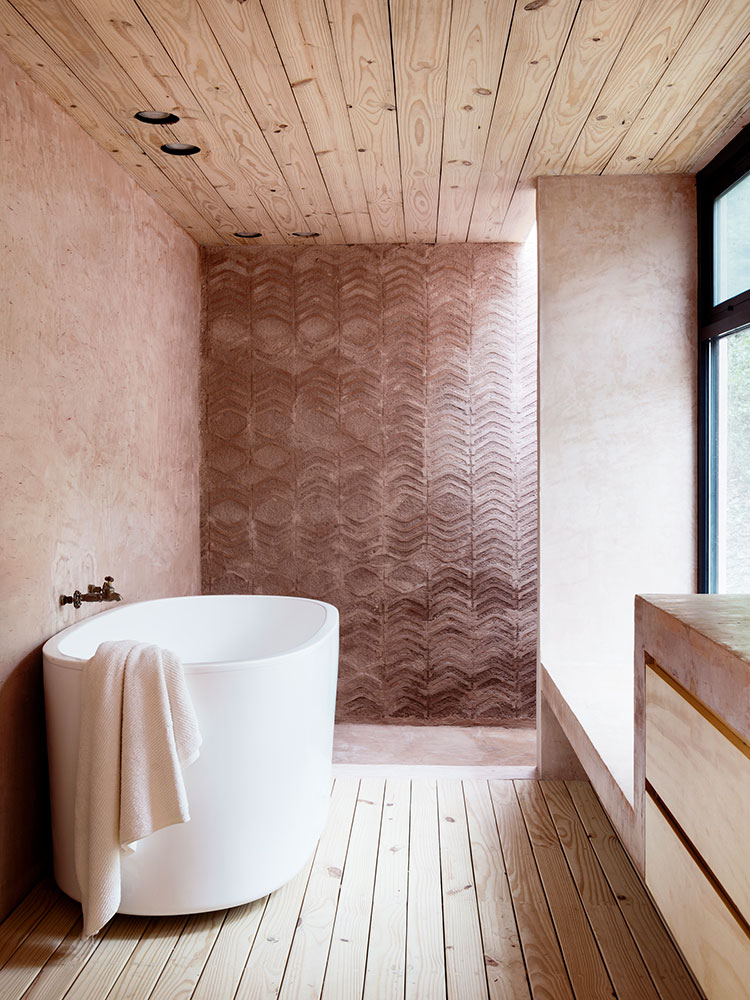 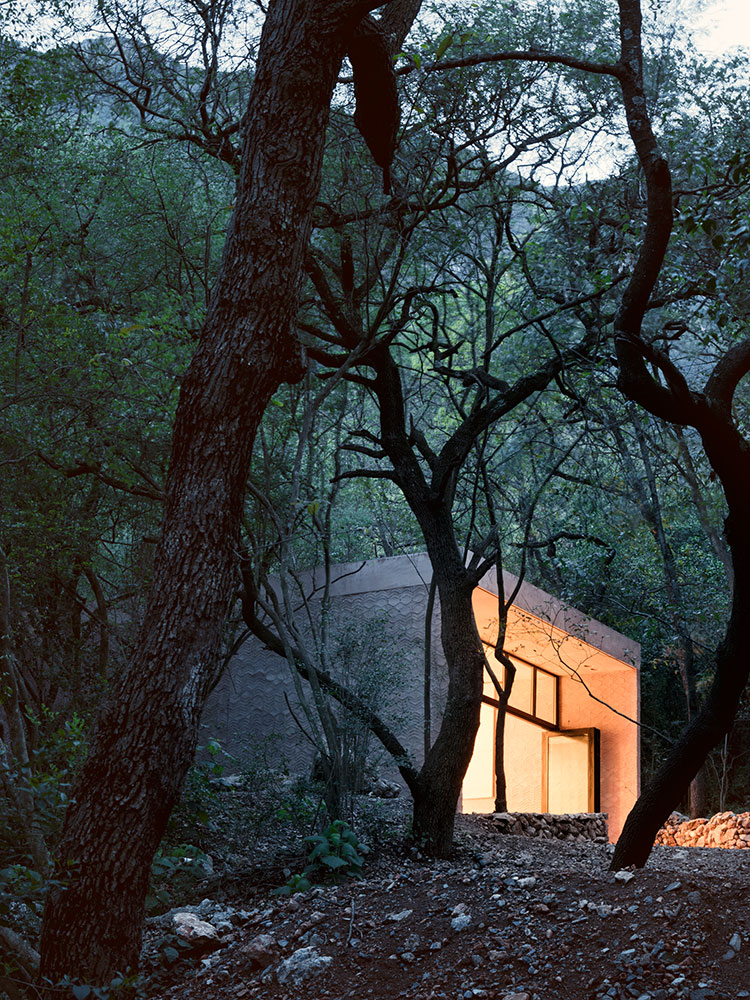 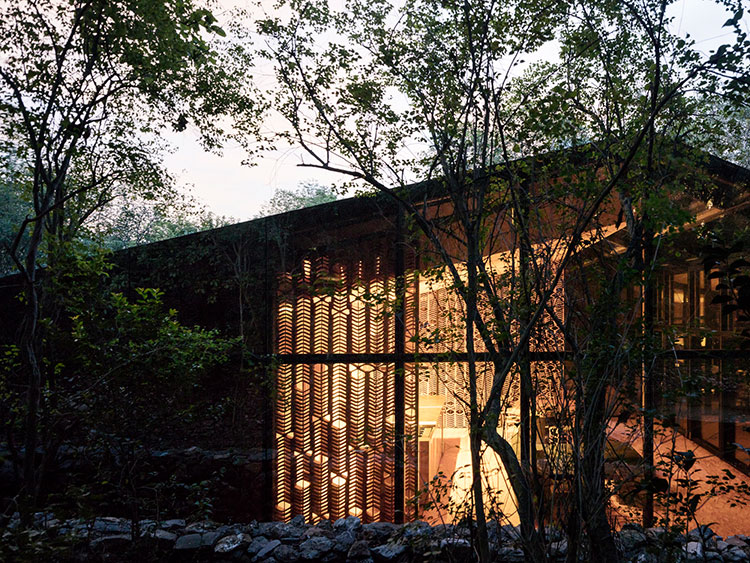 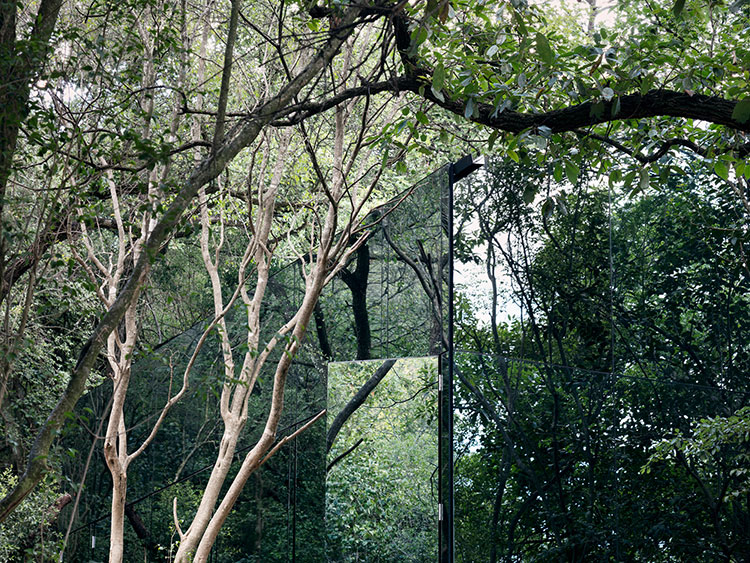 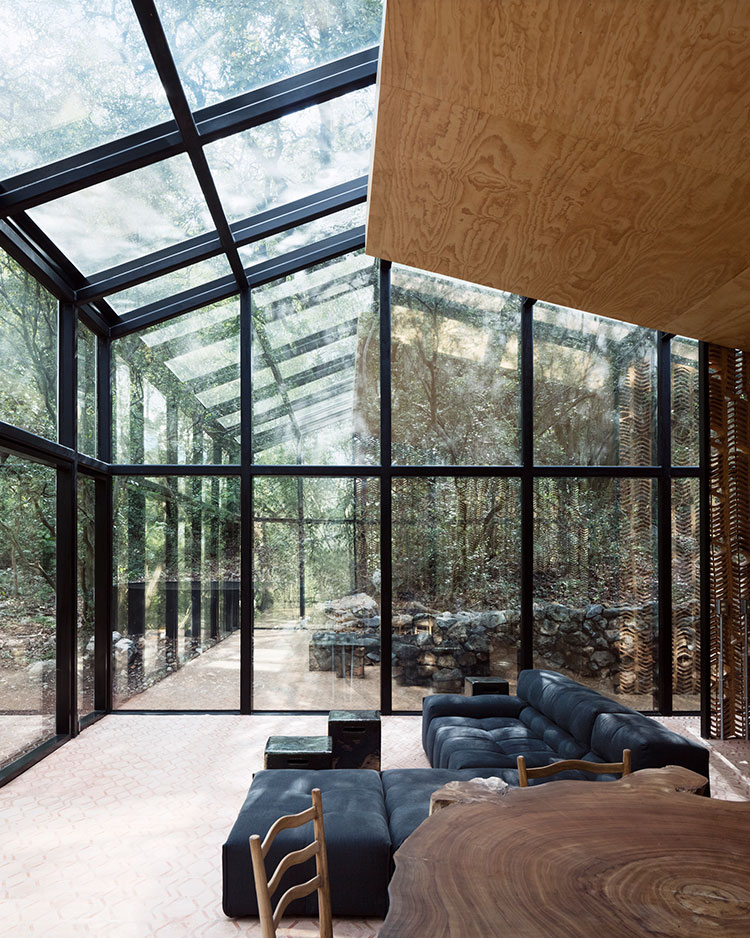 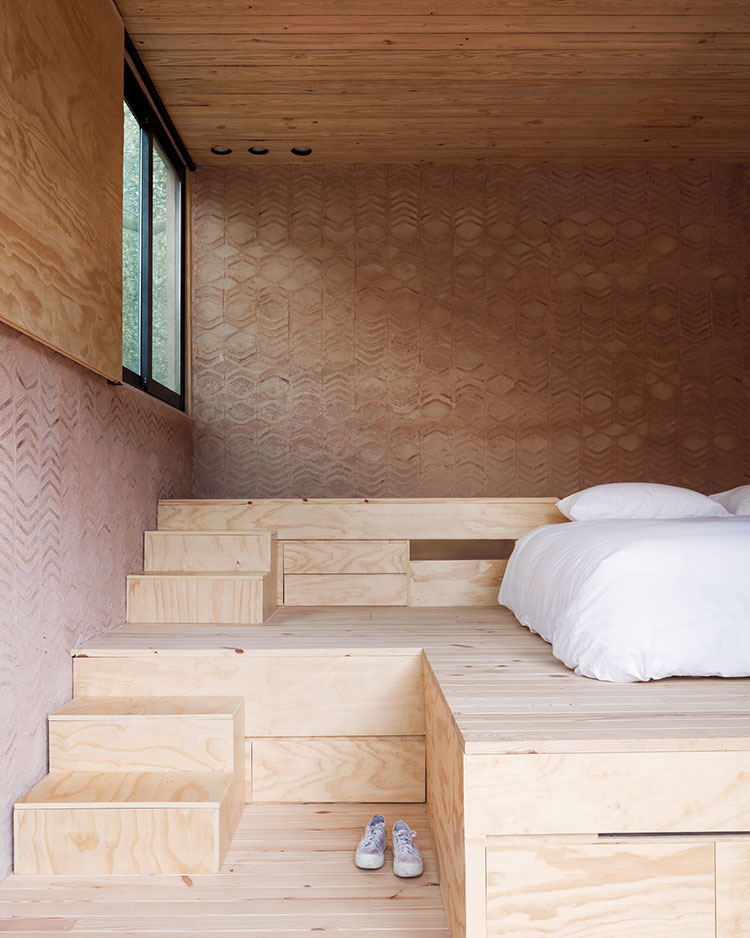 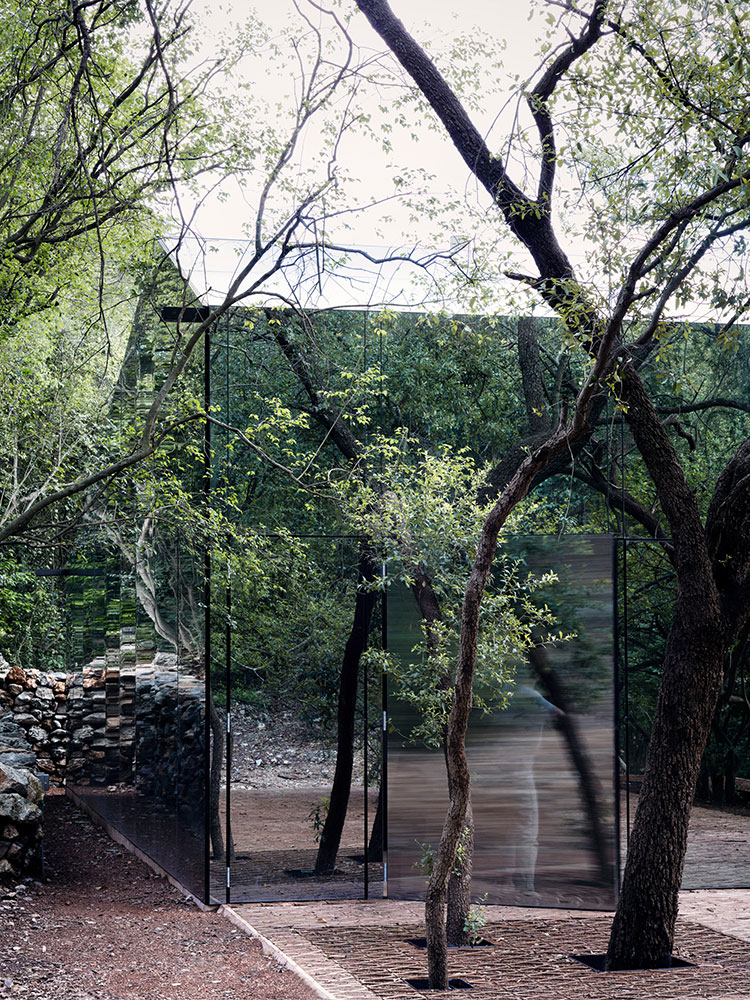