Drinking tea is one of the most featured activity which can fuse the functional requirements with the sense of ritual in Chinese life. “Tea is one symbol of Chinese Zen life, so a teahouse is not just a place for people to have tea, but also has some profound significance,” says the studio. 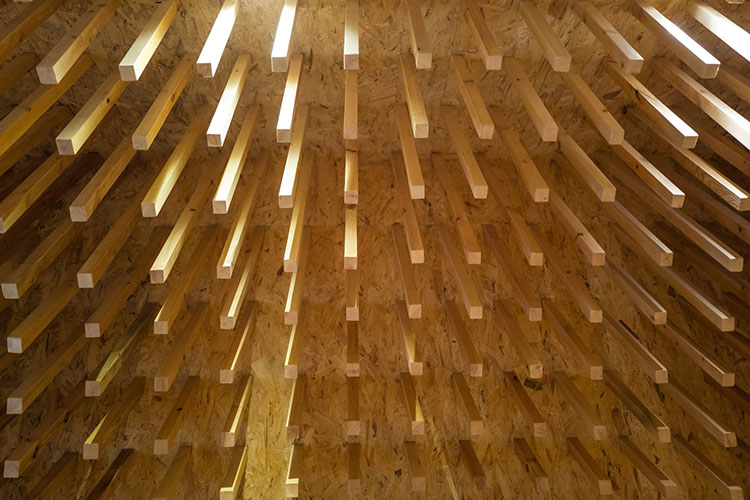 Attached to the chipboard walls and pointing at an identical center, the sticks create an egg-shaped space within a simple rectangular room. When the sunlight is reflected from the cut surface of every stick, the observer can define multiple layers of circles. 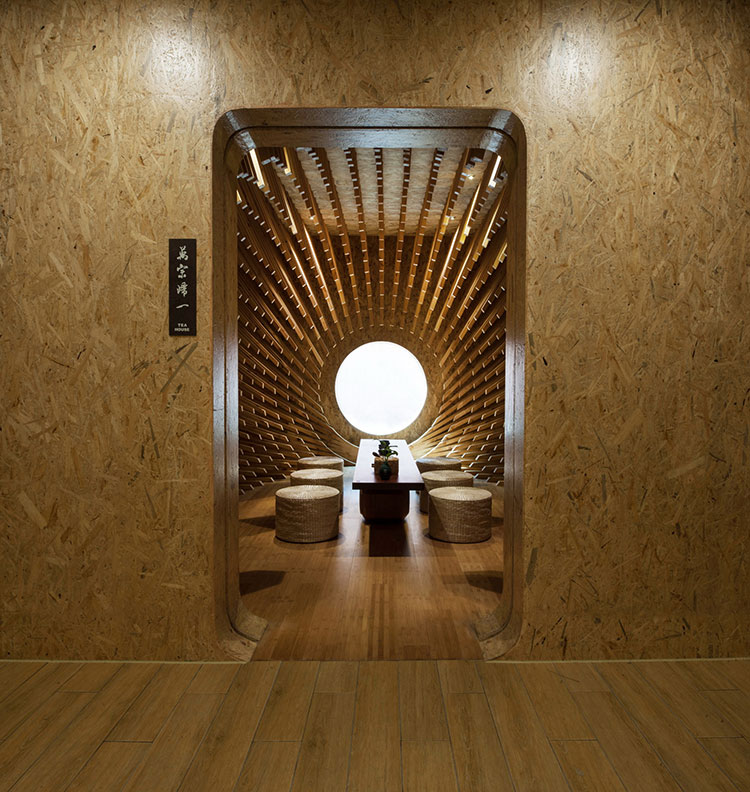 On one side of the room, a round window faces the urban road, while a square doorway is adjacent to a garden on the other side. The studio hopes that this teahouse will help the visitors spiritually reborn with the Chinese tea ritual. The project took three months to be completed. 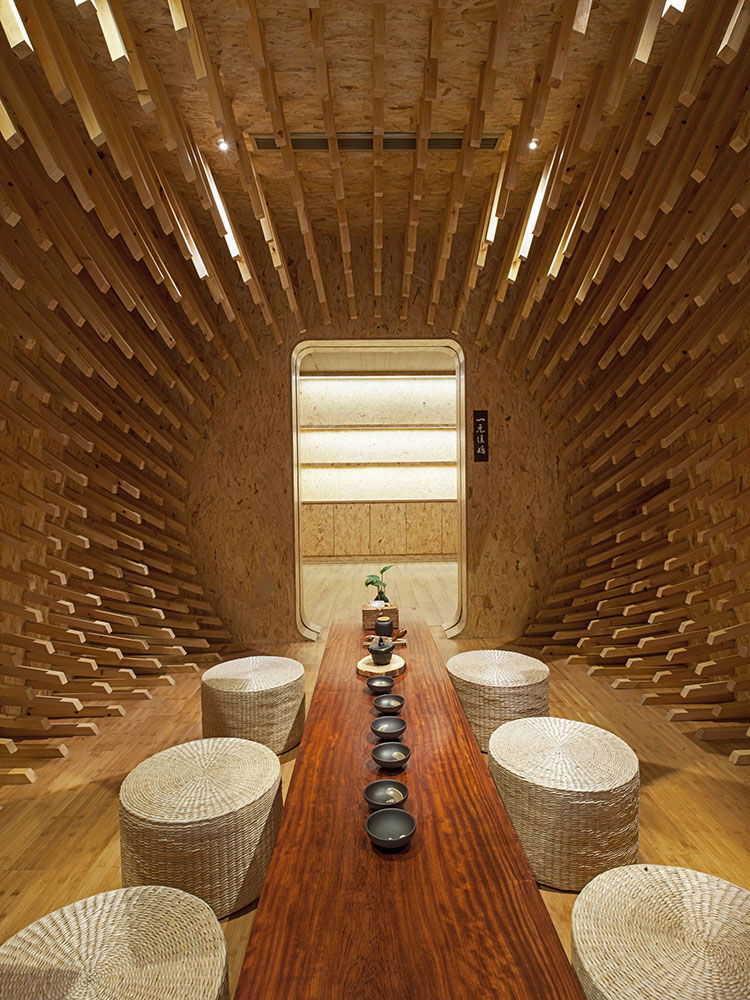 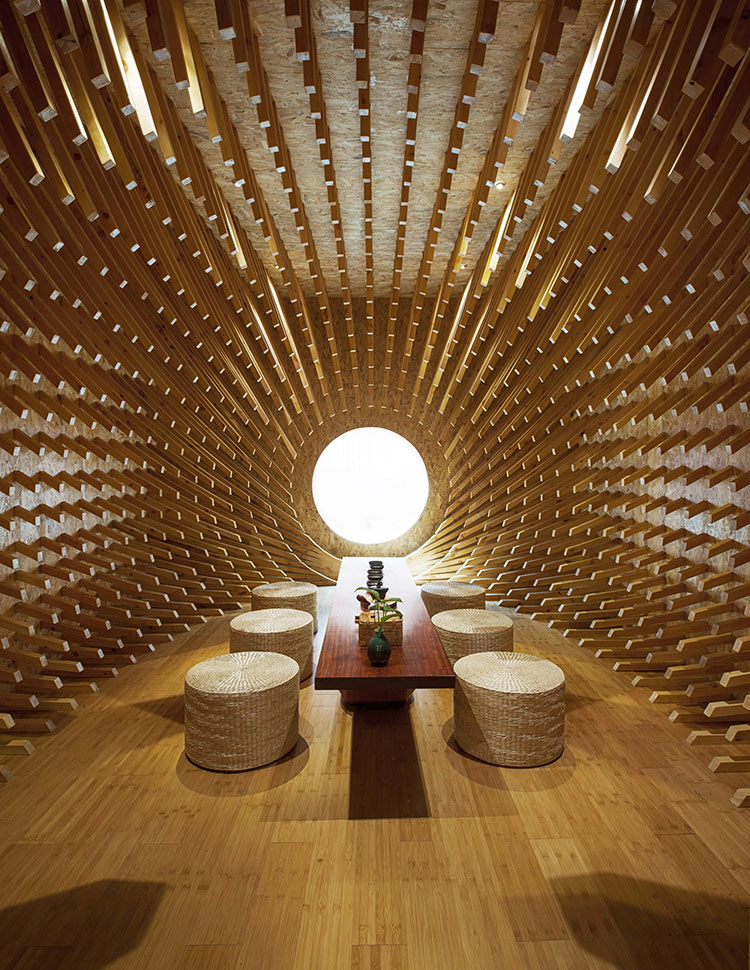 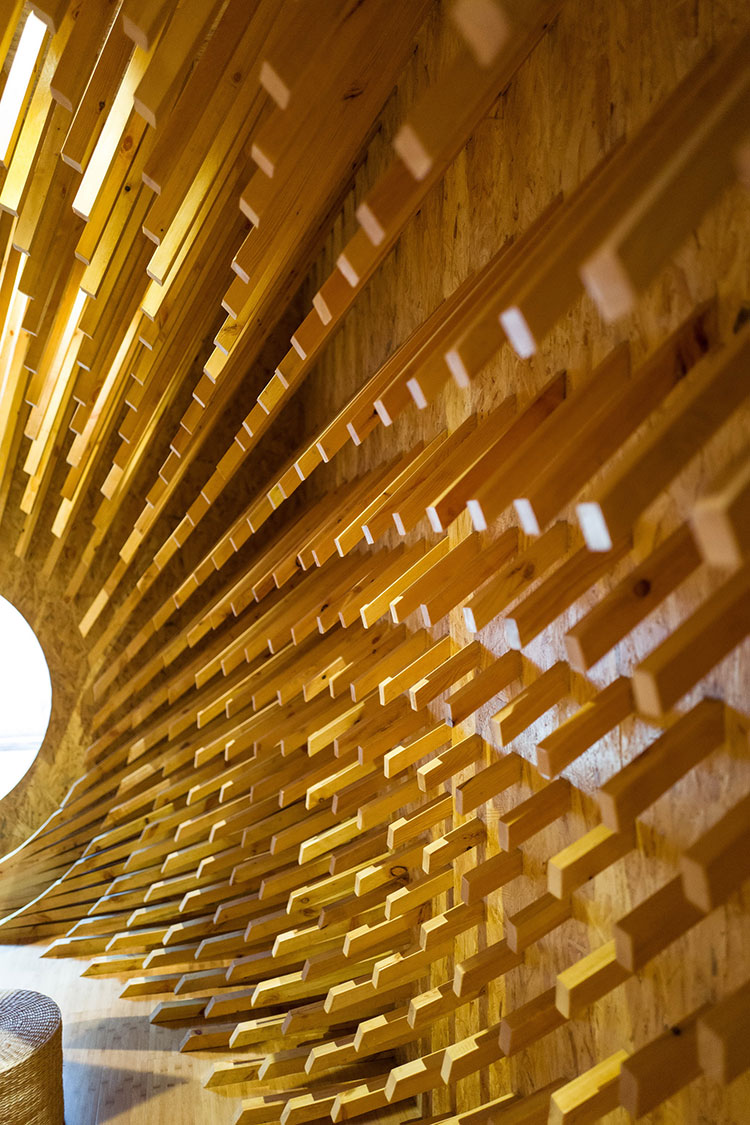 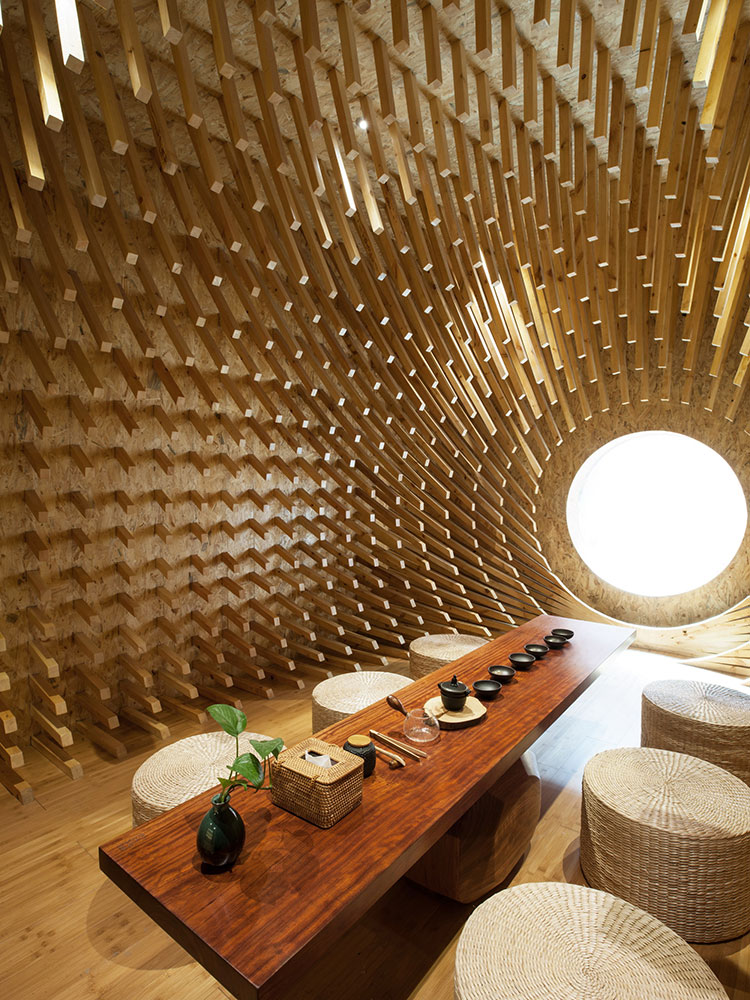