“The American desert has a history of being understood as a place of lack, emptiness, or otherness”, says San Francisco-based architect Luke Ogrydziak. “Framed as a barren wasteland, a kind of ‘no place’, the desert has been appointed the perfect test site, a place for all genres of experimentation – military, scientific, and social.” This was the starting point for Ogrydziak and his partner Zoe Prillinger, of architecture studio OPA, in designing this single-family house for a creative couple in a residential suburb of Reno. 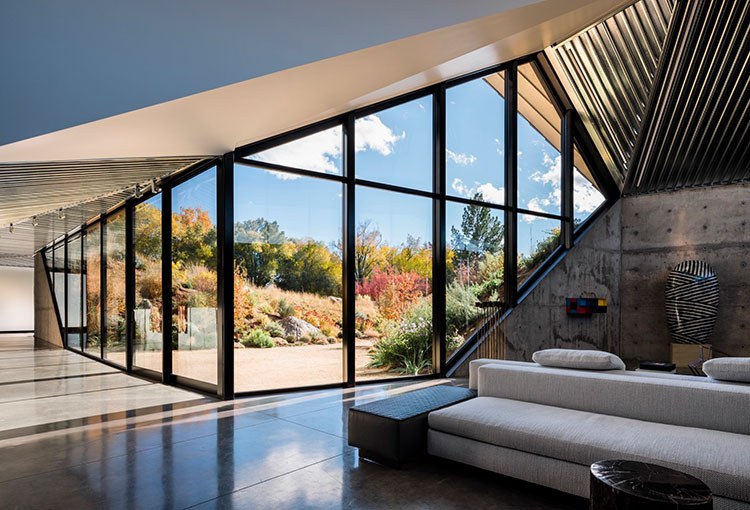 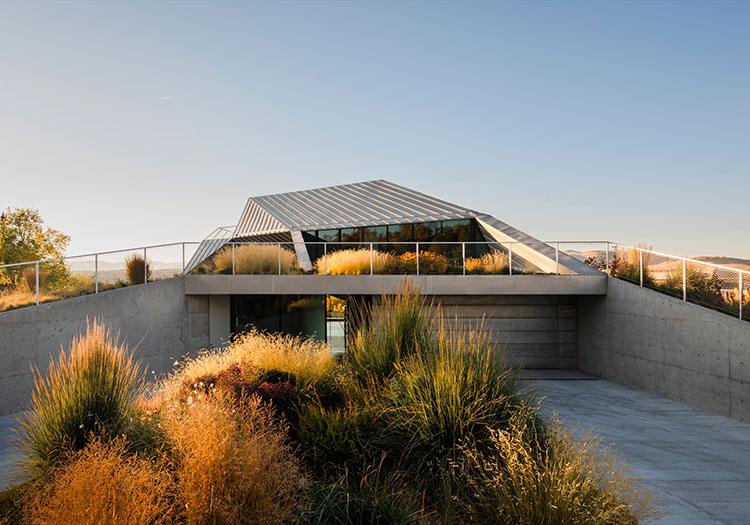 Ogrydziak Prillinger Architects (OPA) built the house for two art collectors and dealers, who specialize in contemporary art, and pieces from the American West. They wanted a house that would both reflect the contemporary moment and be explicit of the West.

“Enduringly mercurial, (the desert) is a sandbox that changes forms to fit the imaginations of the user, a space of ambivalence and uncertainty”, Ogrydziak continues. The Shapeshifter House is situated in the desert landscape of Nevada, and at the same time draws on this soft, sandy topography, which heavily influenced its striking, origami-like forms. 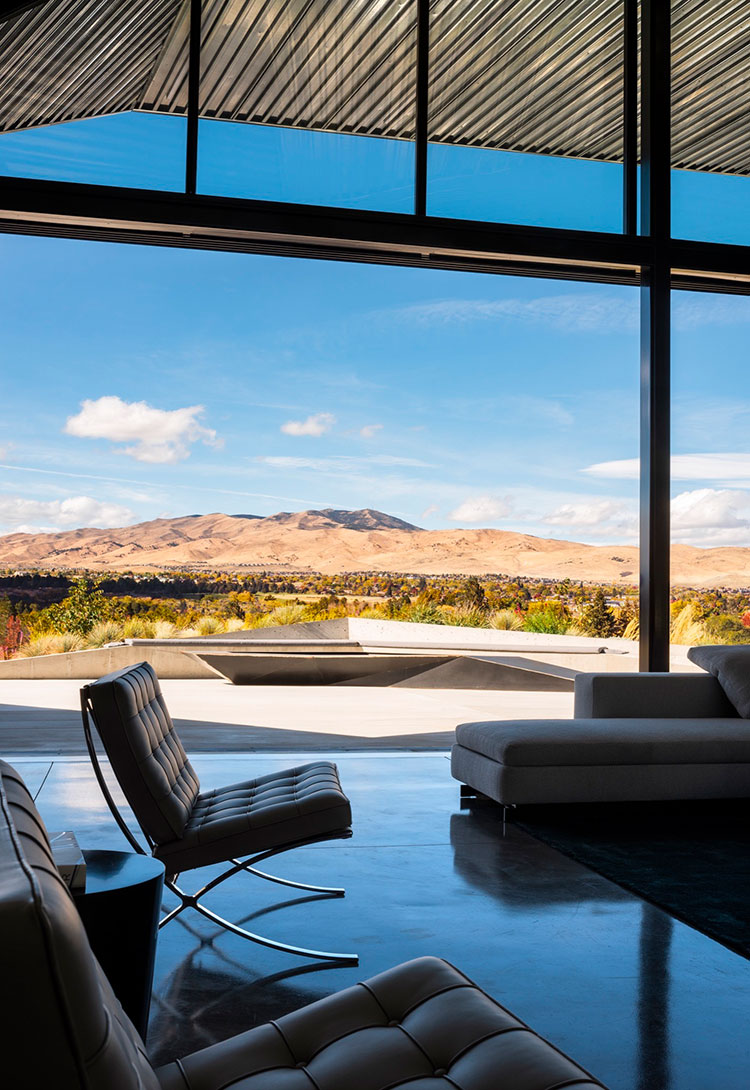 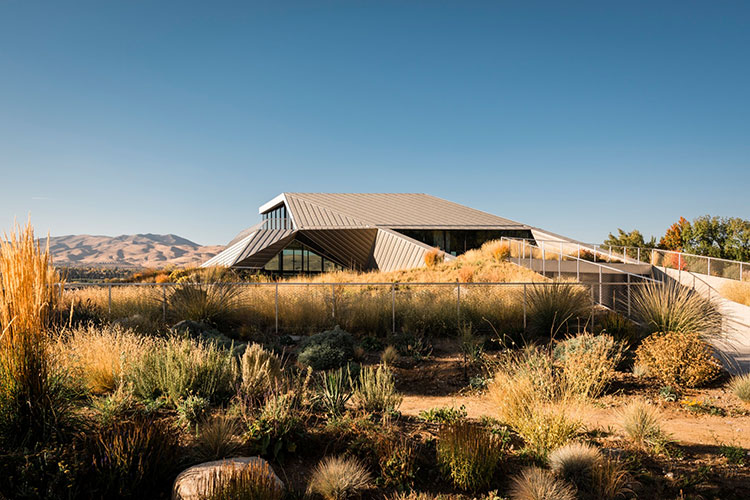 The desert shapes the project both as a specific environment and as an idea. “We see the return of the desert as the return of the repressed, a resilient ground that drifts and surges to form both landscape and shelter,” says the design team. Invoking the desert as a shapeshifter par excellence, the project began by treating the ground as a fluid material that allows different forms to emerge, then flicker or dissolve into other forms. 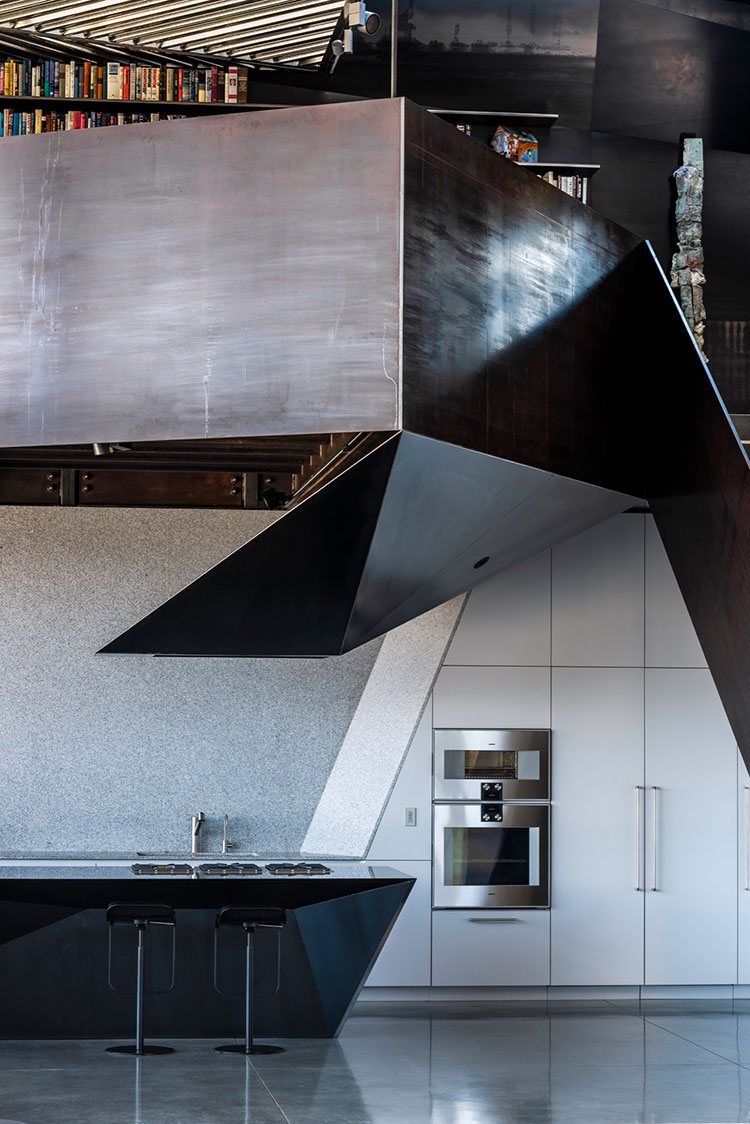 Shapeshifter explores slippery form by seeing the ground as a mutable, protean material, an untapped unconscious. Inspired by desert topography, the architects reshaped the site into anticlines and synclines, dunes and blowouts, and gradually the form of the house emerged with the terrain. Then they hardened what was initially conceived of as a soft form into a regular mesh composed of planar faces. Every edge is entirely shared: no edges terminate in the middle of another edge. This results in a flow of space that supports extreme difference without discontinuities. 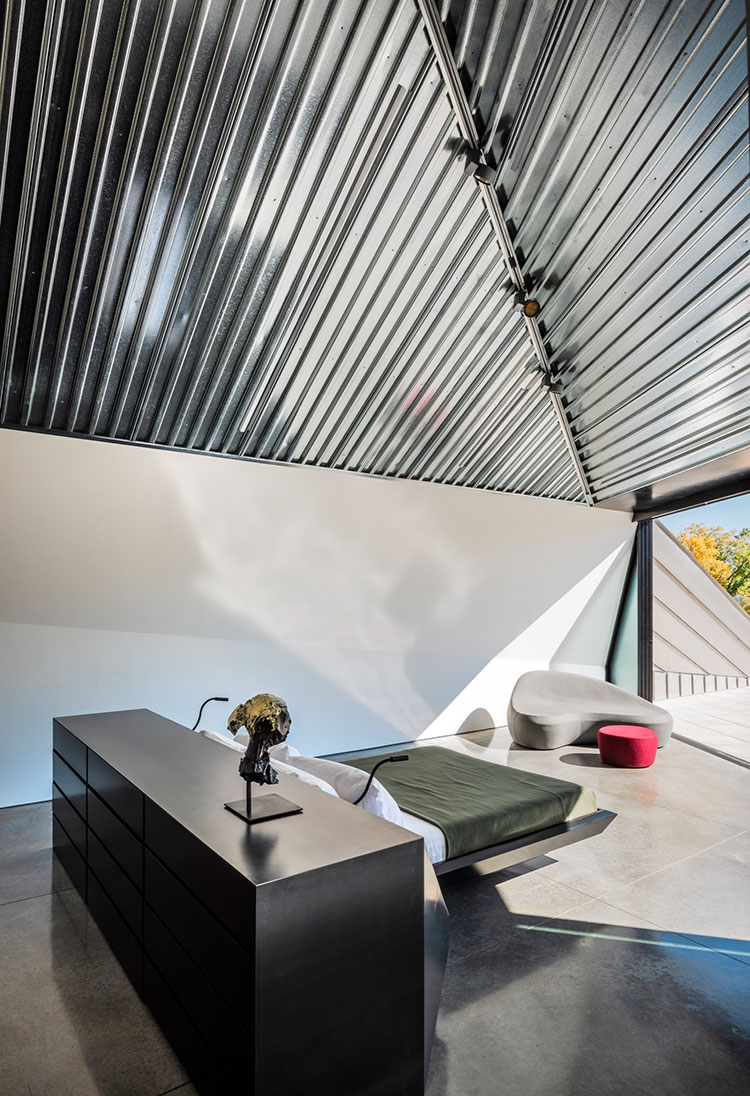 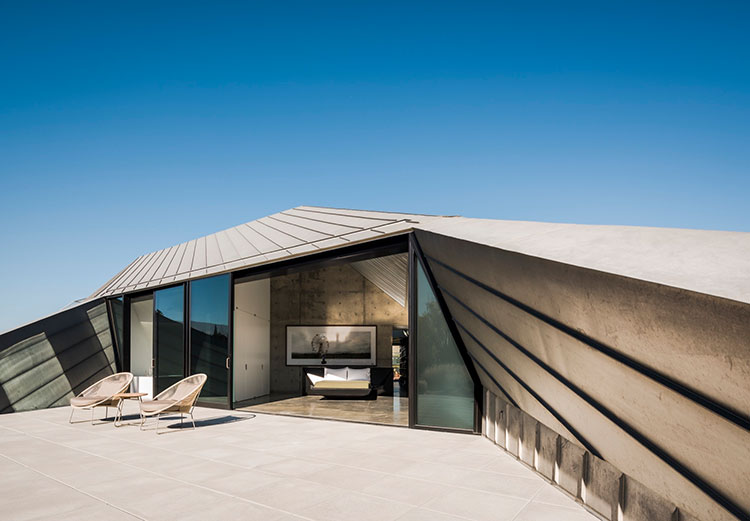 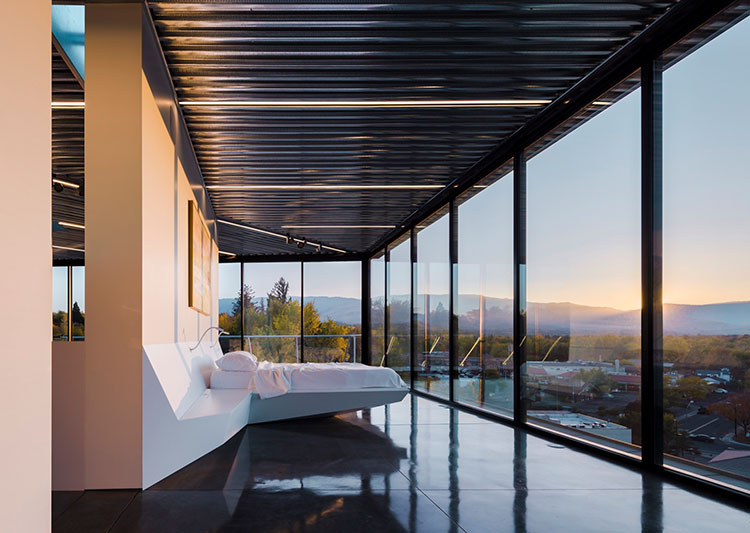 The house is peppered with artworks from the owners’ private collection, placed gracefully in the house’s many niches and quiet corners and up against the strong desert background. Meanwhile, outside, the garden is populated by native plants, such as several varieties of grasses, desert scrub, and wildflowers, cleverly embedding the structure in its habitat. ‘Historically, landscape form has been allowed to be more relaxed than architecture, but in this case, landscape informs the architecture to the point that the two are inextricable: another desert mirage’, say the architects.