In order to enhance the value and popularity of the Dolomites, the Fondazione Dolomiti-Dolomiten-Dolomites-Dolomitis has commissioned Messner Architects to create architectonic, landscaping and graphic standards for look-outs in the World Heritages Site Dolomiti UNESCO. Considering the highly sensible surroundings of this alpine region, the landscape is transformed, instead of adding discrete pieces to it. By cutting the soil and raising it a platform is gained, which partly oats above the ground. 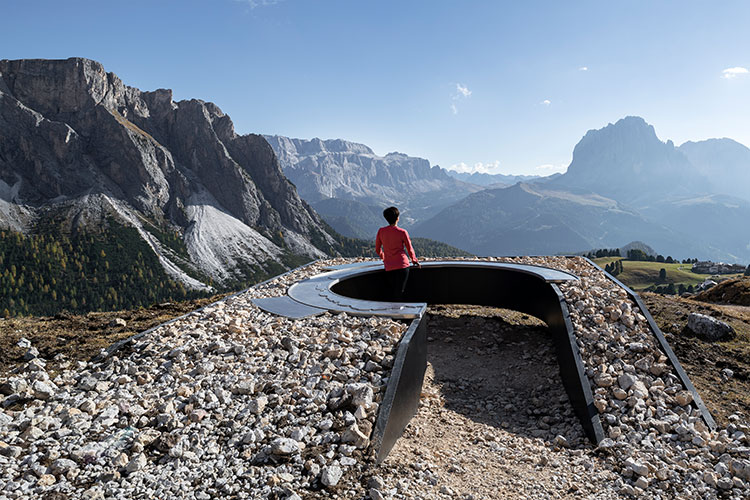 The outer perimeter of Messner’s structure is made of steel, filled with rubble from the site in order to blur the boundaries between the man-made volume and its natural surrounding.

A small canyon leads to a circular opening in the center of the platform, where information is stored. A circular index made of stainless steel shows the visible summits. Further information about the landscape and the geology of the Dolomites is found on the outer skirt of the index. 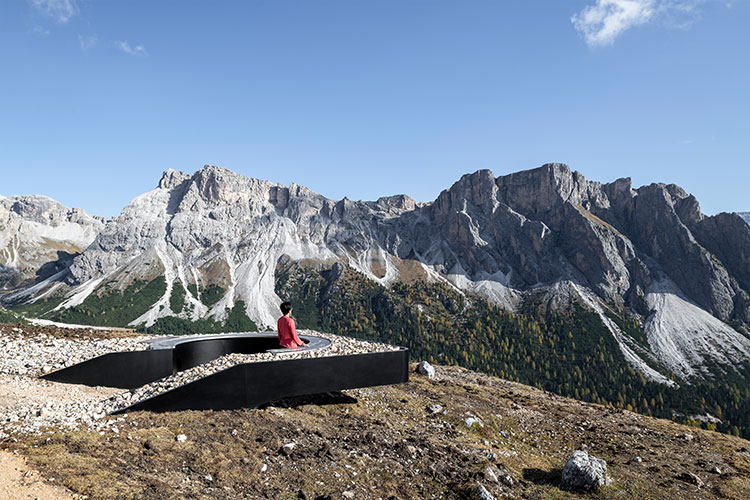 “In 2009 UNESCO listed the Dolomites as a World Heritage Site for the aesthetic value of its landscape and for the scientific importance of its geology and geomorphology and left to the protection of Fondazione Dolomiti-Dolomiten-Dolomites- Dolomitis created by the provinces of Belluno, Bolzano, Pordenone, Trento and Udine. The Dolomites are not an interrupted mountain chain but rather nine mountainous systems each separated by valleys, rivers and other mountains. The 142,000 hectares that make up the UNESCO World Heritage Site form a sort of archipelago spread over a vast Alpine area and falling within the boundaries of five Italian provinces.” 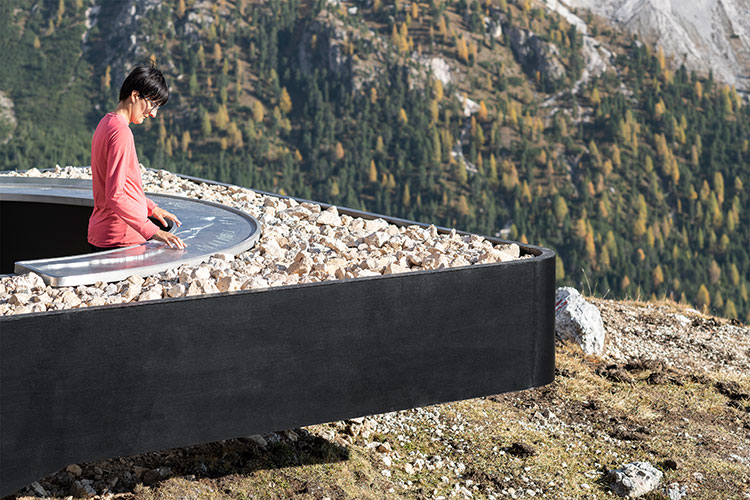 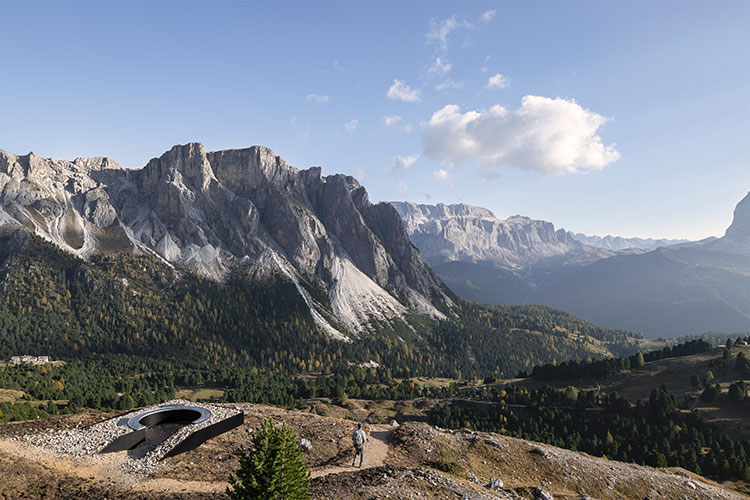