In support of World Toilet Day on November 19, Singapore-based SPARK Architects launched their prototype for a 3D printed toilet module titled, “Big Arse Toilet” alongside a slogan stating that “Sparks gives a sh*t.” SPARK’s module was conceived in support of the UN initiative to combat open defecation and the associated issues of hygiene and sanitation in India – open defecation is a major contributing cause of disease in underdeveloped countries. 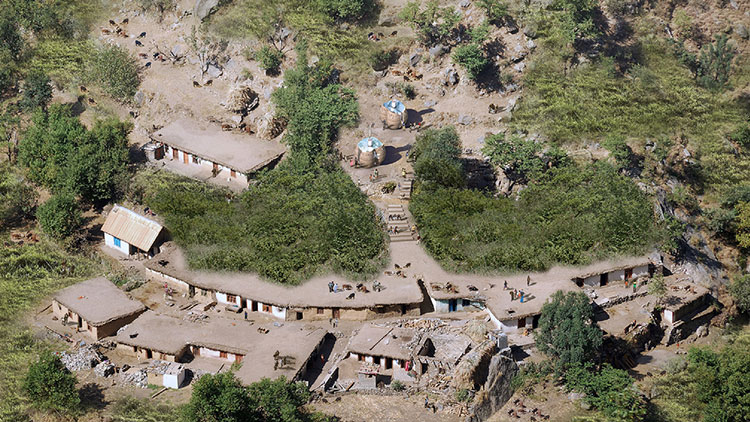 SPARK’s bold concept converts human waste into biogas and via a micro CHP unit (combined heat and power) converts the biogas into electricity. The proposal aims to highlight the urgency of eliminating open defecation as well as the positive benefit of using a natural waste product to create “free” energy for remote communities

In 2013, the UN Deputy Secretary-General issued a call to action on sanitation that included the elimination of open defecation by 2025. Some 842 000 people in low- and middle-income countries die as a result of inadequate water, sanitation, and hygiene each year. Poor sanitation is believed to be the main cause in 280,000 of these deaths. 892 million people 2 of 7 worldwide practice open defecation that perpetuates the vicious cycle of disease and poverty. The countries where open defecation is most widespread have the highest number of deaths of children aged under 5 years as well as the highest levels of malnutrition and poverty.

SPARK’s proposal provides cost-effective toilet modules printed from a mixture of processed bamboo fibre and gum resin. The toilet modules sit on and a secured to a buried 3d printed reinterpretation of a traditional biogas dome that uses human, animal and vegetable waste to generate and store gas. The biogas fuels a micro CHP unit (combined heat and power) to create electricity. 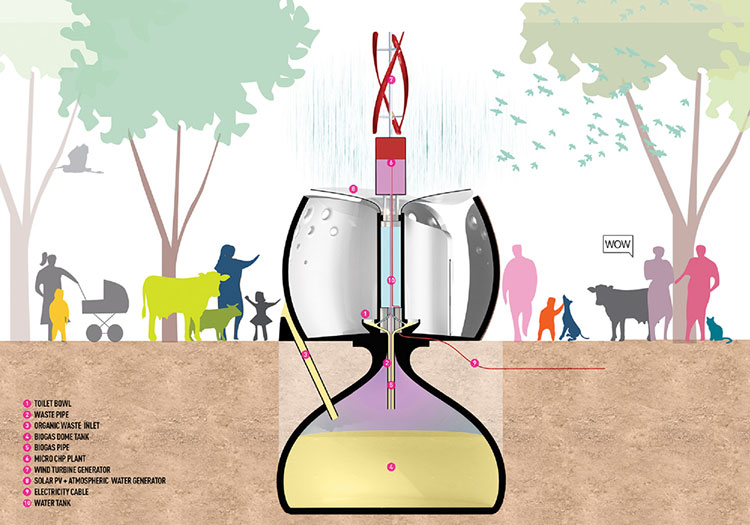 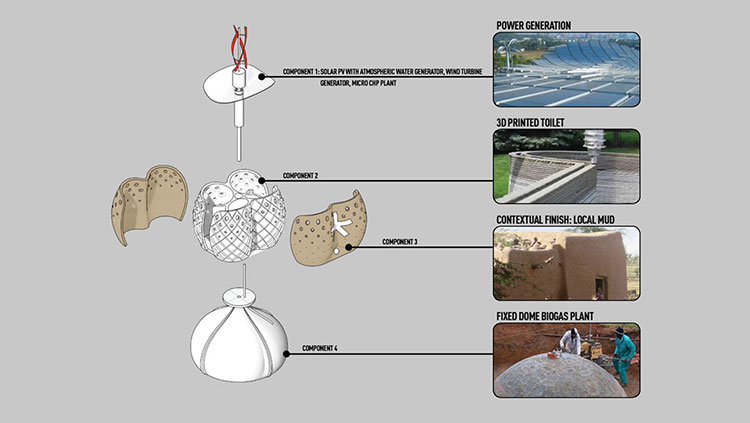 The printed monocoque shell of the toilet comes complete with toilet bowl and basin printed as part of the homogenous surface of the toilet cubicle. The exterior of the shell can be rendered or finished with a variety of materials appropriate to local context and environment. The toilet and its associated biogas dome can be flown by drone into remote locations as complete and easily docked together locally. The biogas dome has been sized to function for 10 years, generating enough electricity to power a small community of 8 dwellings.

Energy is central to nearly every major challenge and opportunity the world faces today. The UN set a Global Goal to ensure universal access to affordable, reliable and sustainable energy by 2030. Currently, 13% of the global population still lacks access to electricity. Some 3 billion people lack access to clean cooking solutions and are exposed to dangerous levels of air pollution.

The situation of the rural poor despite the efforts of the UN’s objectives and local government initiatives poses a growing challenge where toilet facilities with toilet facilities with proper sewage treatment and energy services are non-existent. SPARK’s “The Big Arse Toilet” so-called given its form can provide sanitation and power to communities that lack both these basic utilities. 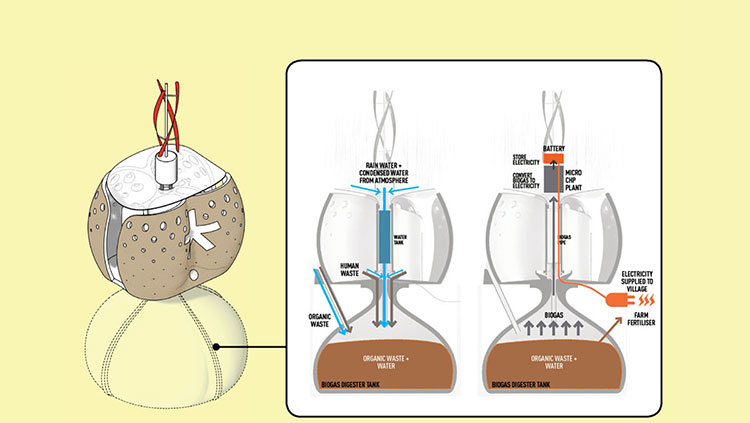 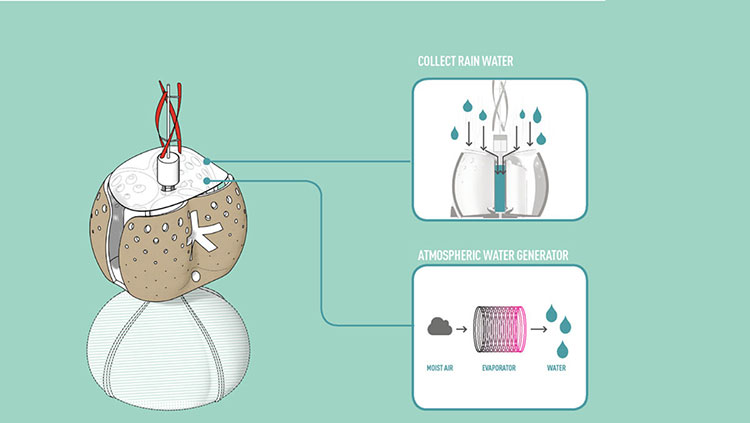 “SPARK’s self-funded The Big Arse Toilet has been developed to highlight the fact that not enough is being done to provide solutions for vulnerable individuals that are worst affected by lack of access to the level sanitation most take for granted,” said SPARK partner Stephen Pimbley. “Our proposal could help prevent disease and assist in community development by lifting social barriers faced particularly women in rural communities, often meaning serious consequences for their health, perpetuating the disproportionate levels of disease associated with poverty and open defecation.”