Following the deadly collapse of Genoa’s Morandi bridge this past August, Italian architect Renzo Piano had announced plans to donate a replacement design. In a statement, Piano said it was a “great honor” to design the motorway bridge, which he did for free out of a sense of “civic spirit”. Mayor Marco Bucci has requested that Piano supervise the construction of the €202 million ($230 million) project, which will be undertaken by a trio of Italian construction companies: Salini Impregilo, Fincantieri and Italferr. 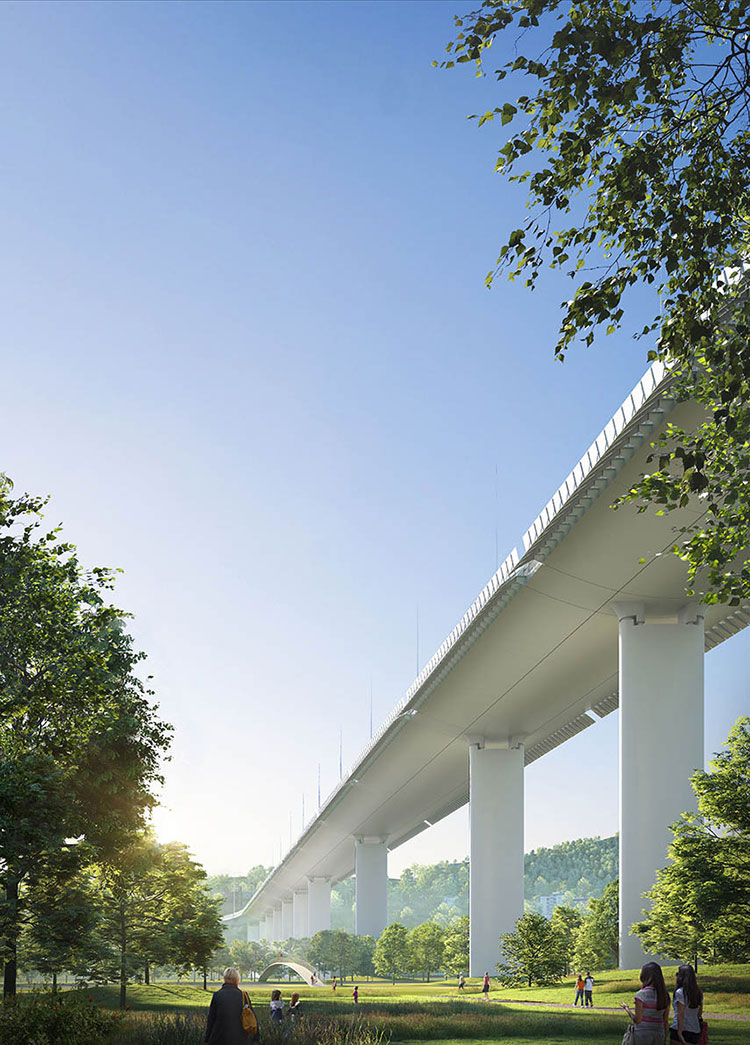 The bridge over the Polcevera is a key artery that connects the port and the wider coastal area to France. The new structure will play an important role in helping Genoa return to being an important shipping and commercial hub. Under Piano’s vision, which he submitted for free, the scheme will incorporate weight-bearing columns reminiscent of a ship’s bow. In honor of the victims, 43 lamps will cast a light across the bridge, shaped like ship sails. The design team was instructed not to use stay cables in the bridge’s design, in order to avert memories of the metal cables that snapped during the previous collapse.

The bridge will have a continuous steel deck 1,100 metres in length with 20 spans. It will have 19 elliptical piers made of reinforced concrete, the majority of which positioned 50 metres from each other. Two of the piers will be 100 metres from each other because of their location on the river and the railway. The design takes into account the fact that the bridge crosses a densely populated area. 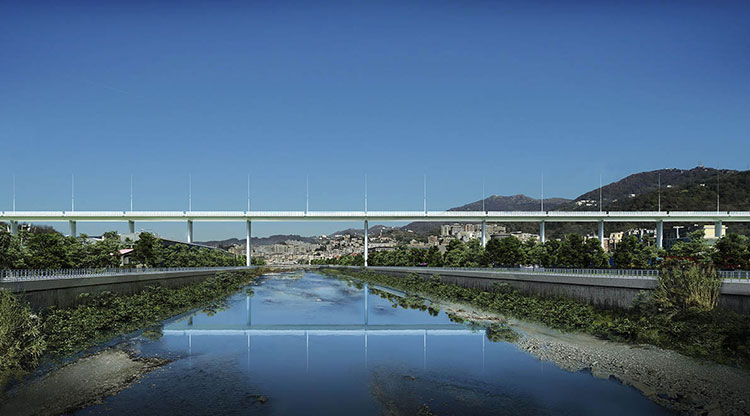 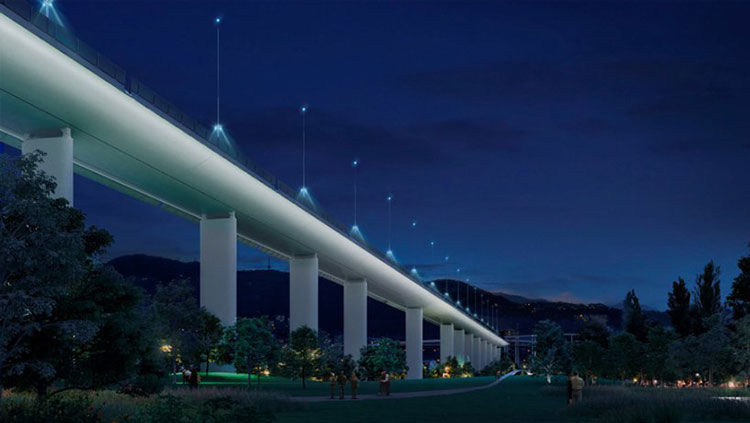 The production of the metallic deck will be carried out in macro structural elements that will be transported to the work site, assembled and welded, completing the working of each single span on the ground. In this way, at height, operations will be reduced to a minimum. The hoisting will be carried out using mainly special equipment, called “strand jacks”, which will allow for the aligning of the deck to the main element in steel previously placed at the top of the pile using a mobile crane. 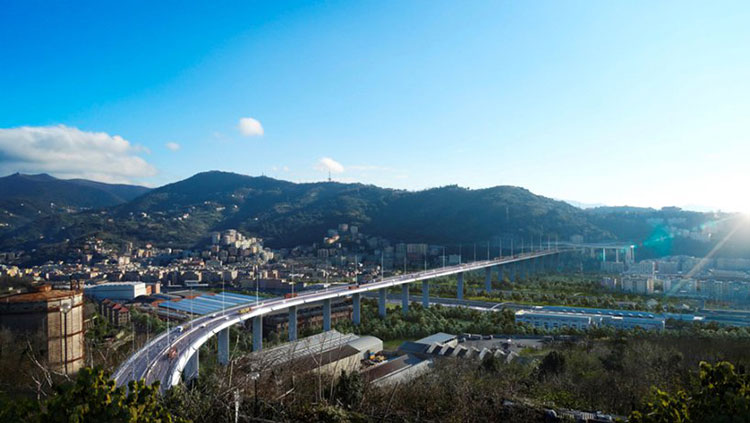 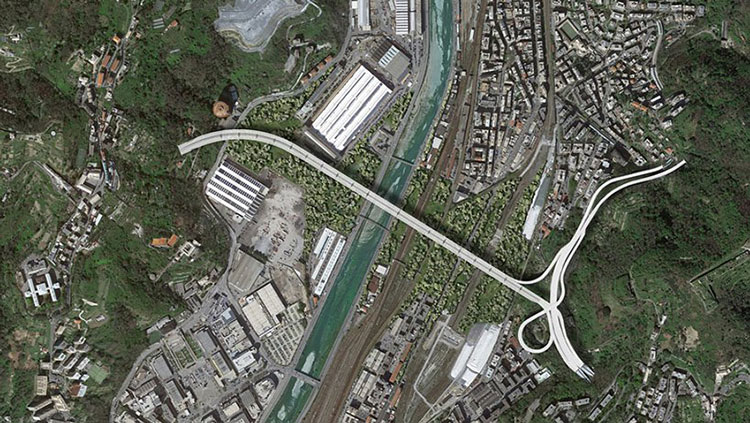 The reconstruction of the bridge will represent the rebirth of a great city like Genoa and signal a new phase of development for the country. It will show that even in Italy it is possible do infrastructure relatively quickly: from identifying the need for a public work through to its execution.