International design and innovation office CRA-Carlo Ratti Associati has won the “Reinventing Cities” competition with a project for a new office building and center for scientific research in Milan, Italy. The design by CRA features a 200-meter-long (650 feet) urban vineyard that covers the entire building, creating a publicly-accessible footpath that ascends from the street level to the rooftop.

The Reinventing Cities competition, promoted by the C40 network of the world’s megacities committed to addressing climate change, is a call for urban projects to drive carbon-neutral and resilient urban regeneration across the globe and to transform underutilized sites into beacons of sustainability and resilience.  The project, called VITAE, has won the competition to reinvent a vacant, post-industrial lot in via Serio, a street in south Milan located a few hundred meters from the Fondazione Prada contemporary art museum. The complex includes a brand-new piazza, adding up to a total of more than 5000 square meters of public space given back to one of the city’s most vibrant neighborhoods. 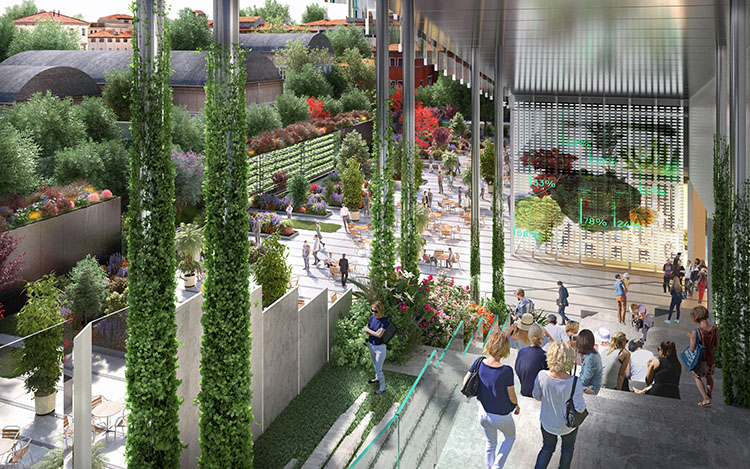 Inspired by the principles of biophilic design, the project takes its name from VITAE, a word whose meaning is “life” in Latin and “vine” in Italian. A green path with a vine-covered pergola gently rises along the walls of the building, creating a long promenade for pedestrians. The people who stroll through this green spiral can pass close to a series of terraces and greenhouses for urban farming and hydroponic cultivation.

“VITAE tries to address humankind’s innate ‘biophilia,’ as formulated by the great American biologist Edward O. Wilson,” says Saverio Panata, partner at CRA and project manager of VITAE: “We are talking about the natural tendency of our species to seek our happiness through immersion in nature. Thanks to new technologies, it is now possible to achieve this goal even in the heart of the city – this is particularly relevant in a building that is devoted to scientific research.” 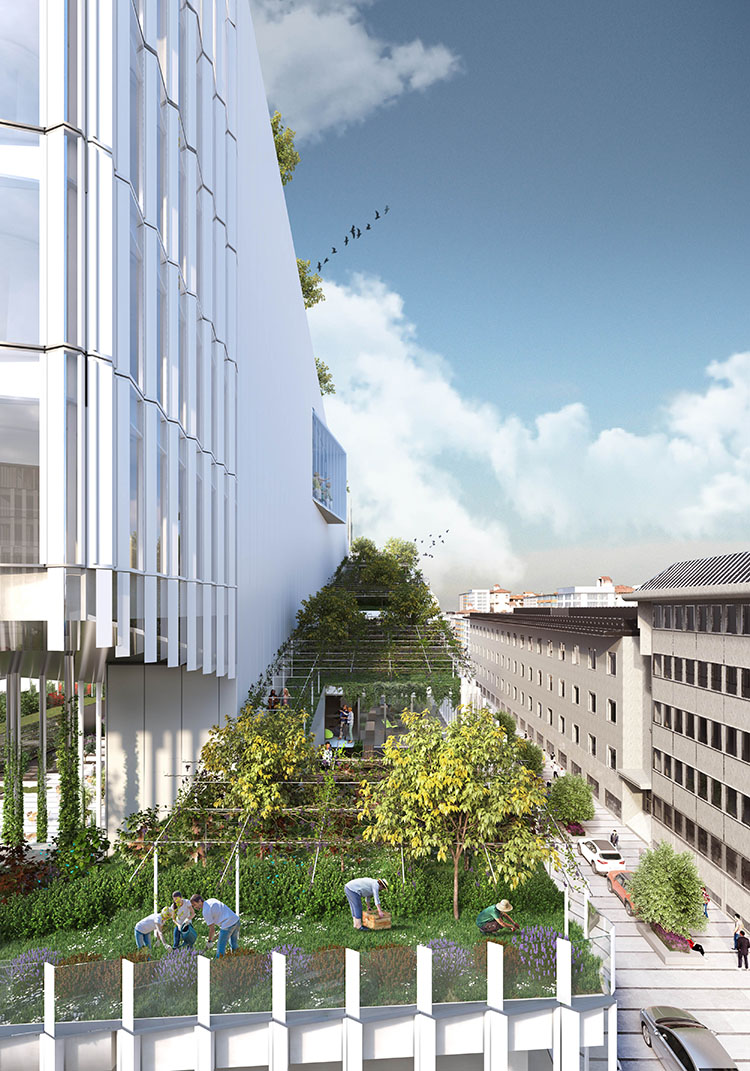 The VITAE building will host a farm-to-table restaurant on the ground level, high-tech offices above, and a series of facilities for the leading molecular and oncology research center ICOM, including terraced guest rooms for its international researchers, on the higher floors. This array of functions seeks to create a harmony between nature and science, public and private life, like a reinterpretation of the social and spatial model of the Charterhouses, such as Milan’s Abbazia di Chiaravalle, located just a few kilometers away from the site of VITAE.