In Huanggang in Hubei province, about 80 kilometres from the city of Wuhan, a crane has just lifted the very first tree 90 metres above the ground to the 25th floor of the Easyhome Huanggang Vertical Forest City Complex designed by Stefano Boeri Architetti (SBA). It is a specimen of Osmanthus fragrans, a species indigenous to Hubei and to which another 395 trees, 3,600 shrubs and 12,000 perennials will be added for each tower. The inauguration of the two Vertical Forests will take place in February 2021.

Trees have also started to reach the balconies of the towers of the Nanjing Vertical Forest, (the first Vertical Forest built in Asia by Stefano Boeri Architetti in the Ninjing Pukou District 300 km from Shanghai) which will go on to host a total of 27 native plant species, 600 large trees, 200 medium-sized trees and over 2,500 shrubs and hanging plants. The greenery that will cover the 4,500 square metres of surface area will contribute to the regeneration of local biodiversity and the reduction of CO2emissions by about 18 tons while producing up to 16.5 tons of oxygen every year. 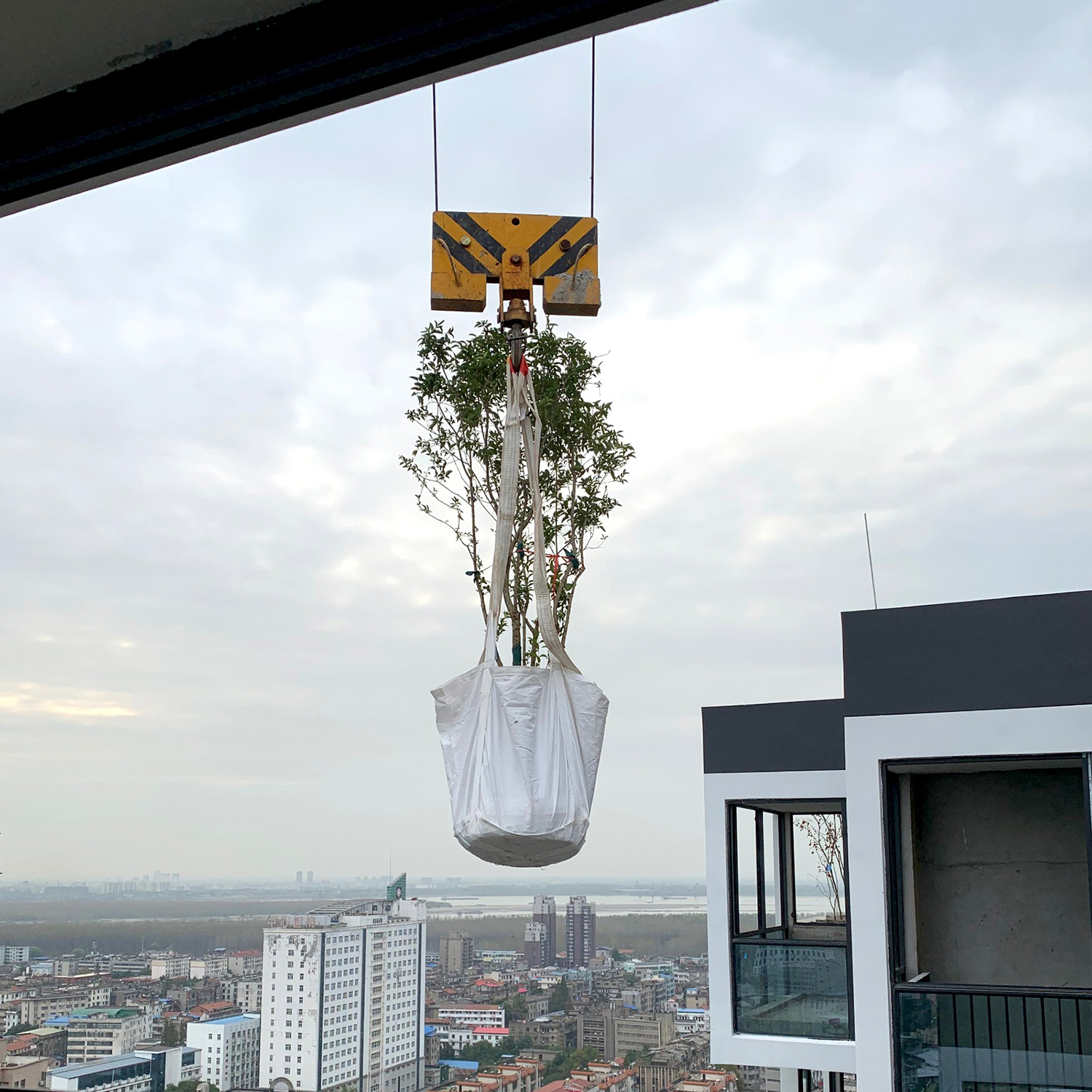 The first tower, 200 metres high and crowned at the top by a green “lantern” (an almost 5,000 m2 enclosure covered with creepers) will be used for offices from the 5th to the 35th floor and will also include a museum, a green architecture school and a private rooftop club. The 108-metre high second tower will include a Hyatt Hotel with 305 rooms (ranging from 35 to 150 square metres in size) and a swimming pool on the fourth floor. The inauguration of the two Nanjing towers is scheduled for May 2021. 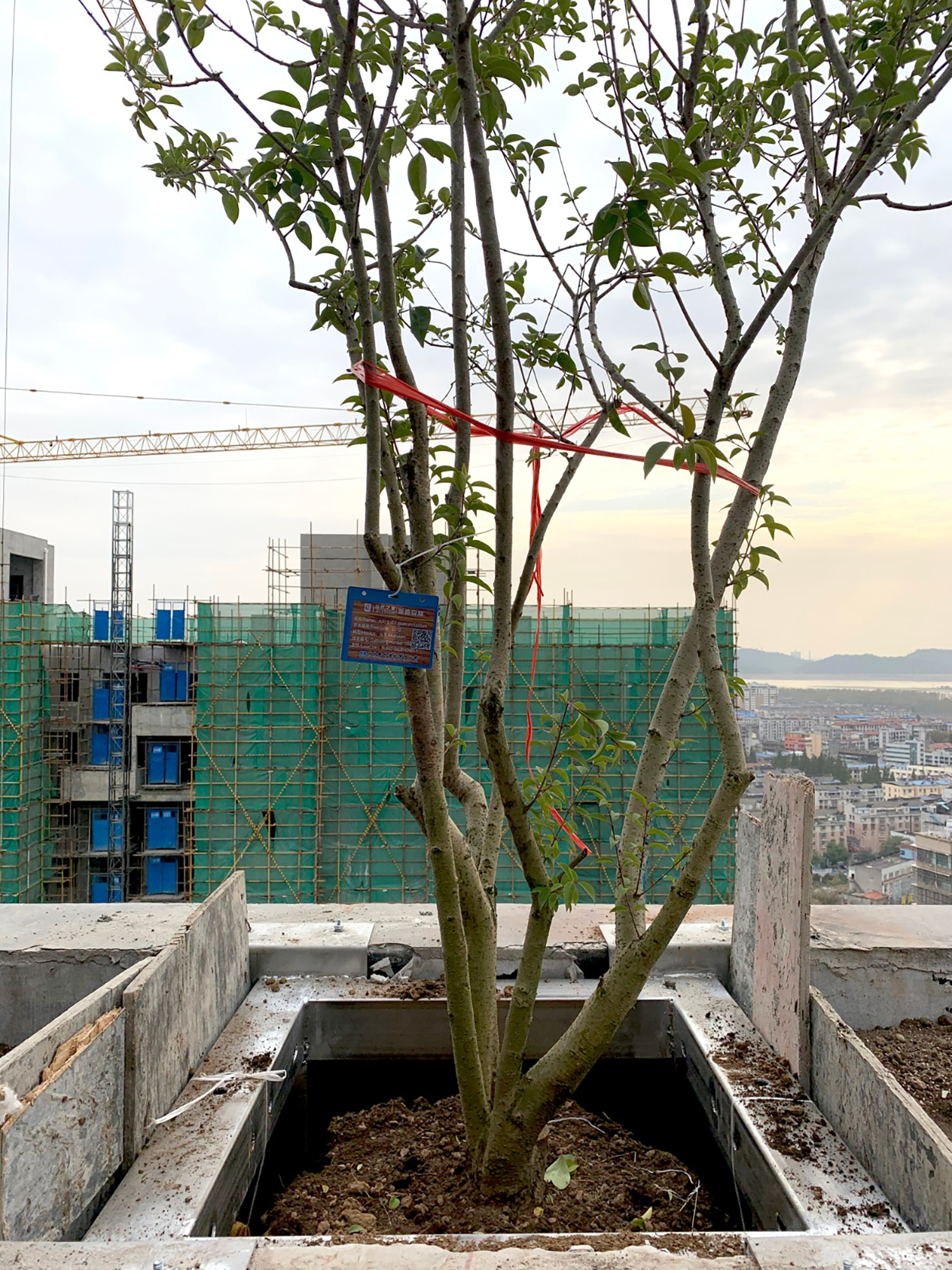 “We are delighted that the Vertical Forest concept is starting to spread throughout China. The  Huanggang and Nanjing towers – as was the case for the first Vertical Forest built in Milan in 2014 – are destined to become a reference model for sustainable green architecture in China and other South East Asian countries,” said Stefano Boeri, founder of SBA China with partner Yibo Xu. 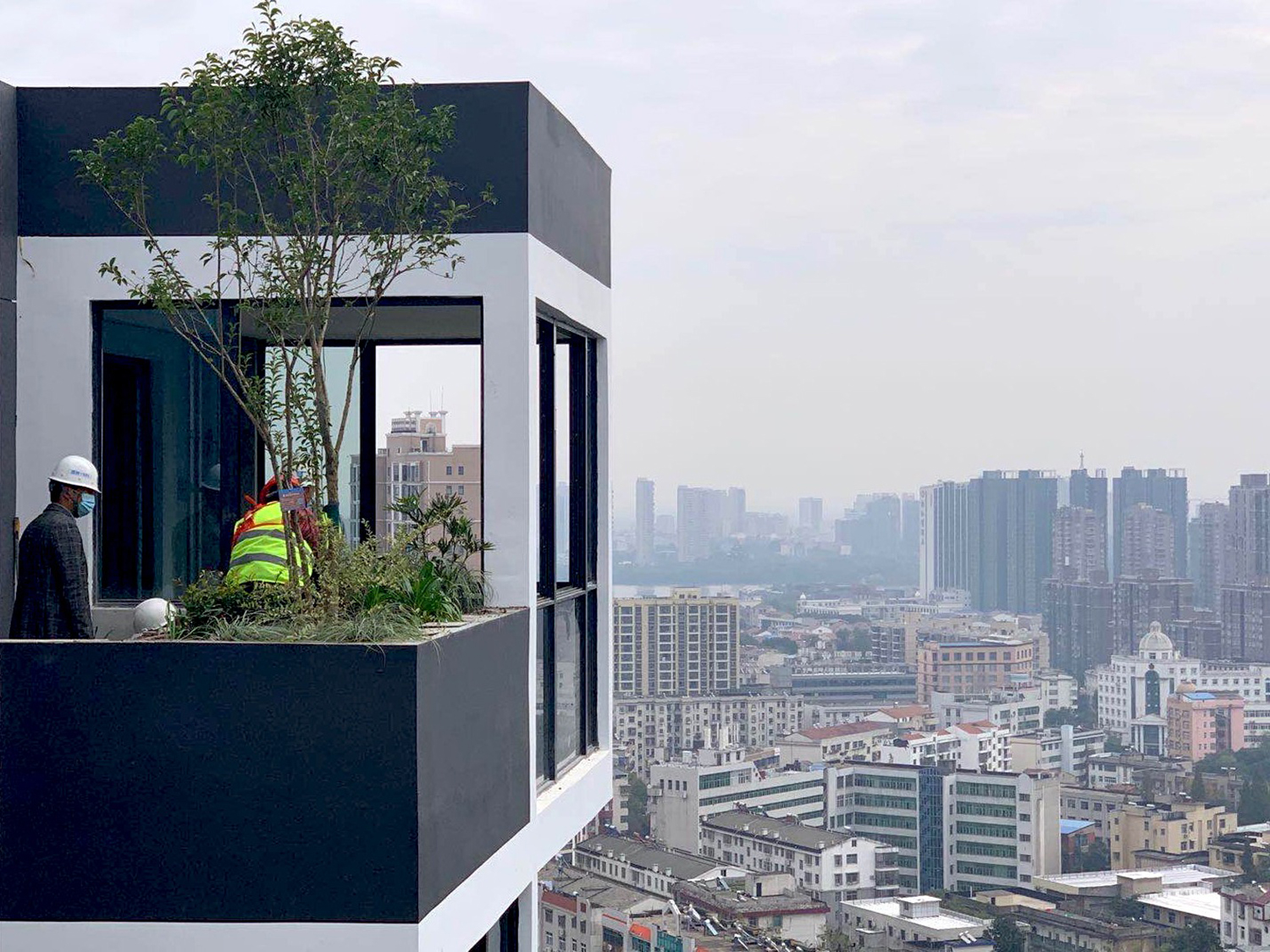 “With the construction of the Vertical Forests of Nanjing and Huanggang, our study has shown that it is possible – even in the heart of the great Asian metropolises – to construct buildings capable of absorbing CO2 and fine dust particles generated by heating and traffic as well as reducing energy consumption for indoor air conditioning,” said Yibo Xu, Stefano Boeri partner at SBA China. 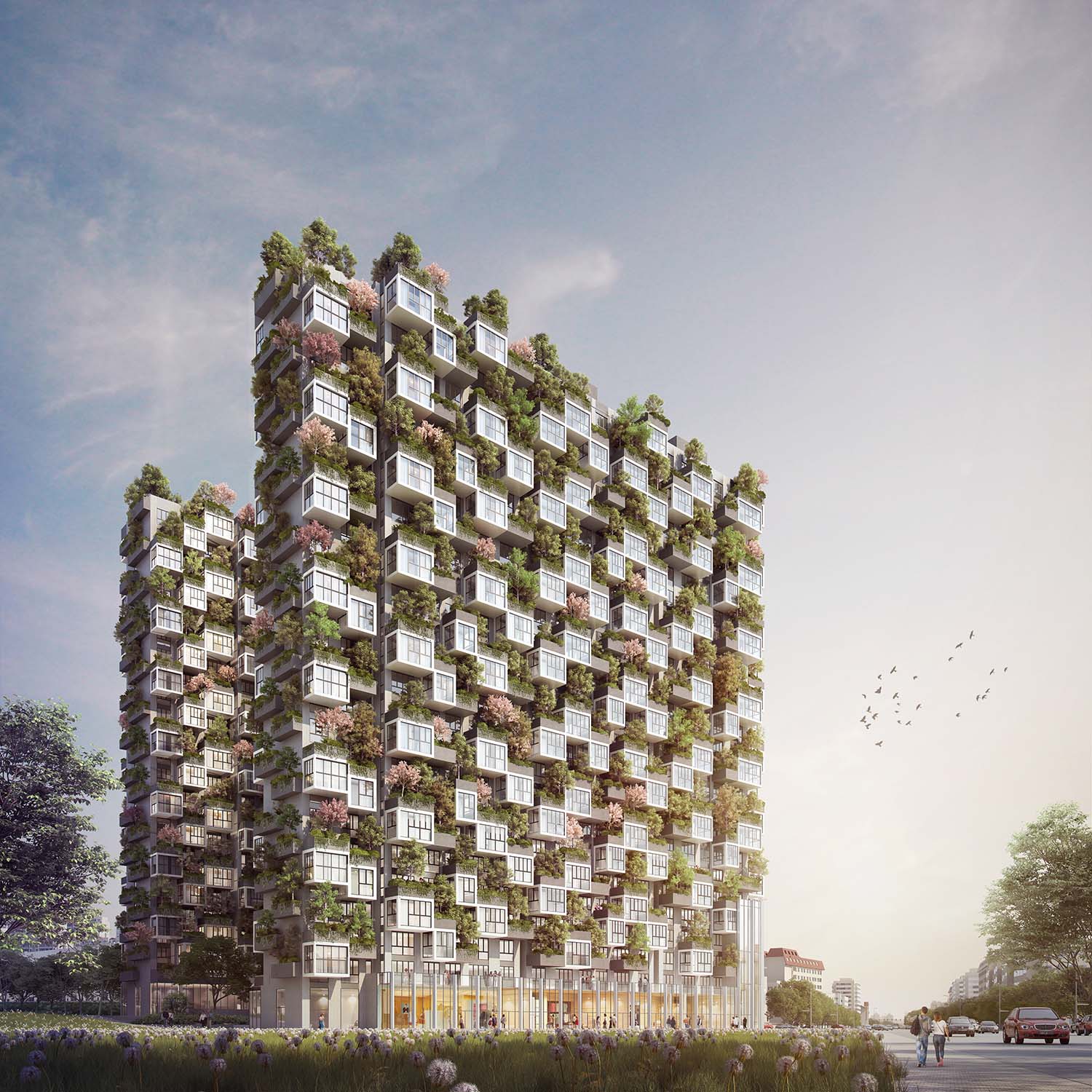 “Our attention is constantly focused on the native flora of the regions in which we operate; we are looking for interesting species that are often little used in traditional gardening. In Huanggang, our botanical research has focused on species native to the Hubei region and many of the plants that we currently cultivate in our parks and gardens and that we Europeans know well have come to Europe from here,” comments Laura Gatti, the agronomist in charge of botanical development for the SBA Vertical Forests. “Although these species and varieties are well known to us, several of the species selected for Huanggang have been cultivated specifically for this project, since they are not found in nurseries in their regions of origin as they are considered too ‘wild’. Their introduction adds value to the project in terms of biodiversity, attractiveness and identity. The exchange of experiences and knowledge between us and our Chinese colleagues is undoubtedly a reason for mutual expansion following the route laid out by the architect Stefano Boeri.”

The two Vertical Forest projects in China were designed by the SBA China team directed by Yibo Xu, and led by Pietro Chiodi, the Architecture Design Director.