Until November 1, 2015, the Palace of Versailles hosts the controversial artworks of the British-Indian artist Anish Kapoor for a major contemporary art exhibition in the gardens of the former residence of Sun King Louis XIV and Queen Marie-Antoinette.

For Anish Kapoor, a work of art doesn’t exist alone but through its viewer. The visitor at Versailles will witness the dualities of artist’s work: heaven and earth, visible and invisible, inside and outside, shadow and light. This universe can be read through experience and imagination. The originality of this exhibition, what makes it unique, even to those who have long been familiar with Kapoor’s work around the world, is that in Versailles his vision meets an imagination set in stone by history. 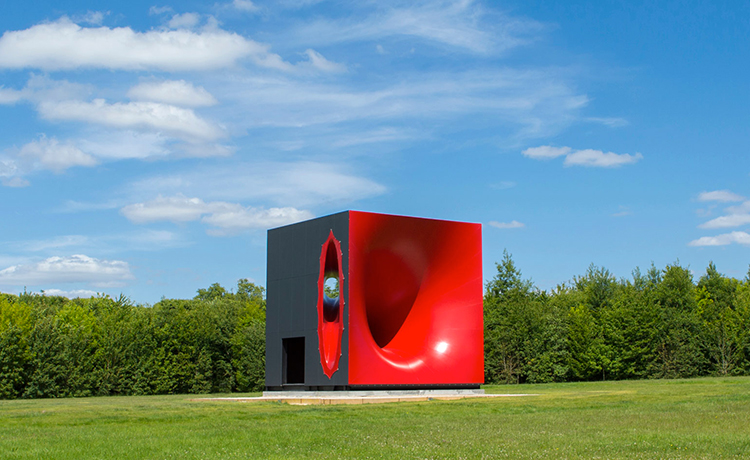 The very controlled landscape of Versailles is drawn into instability. The grounds become uncertain and moving. Waters swirl. Romantic ruins take hold of the Tapis Vert. Exposed interior orifices are hidden within the garden’s labyrinths. The mirrors that are so central to Versailles now distort it. This world is perhaps about to tip over. It is not by chance that Anish Kapoor was the first to push open the door to the Jeu de Paume, which he considers as a work of art in itself, to exhibit his installation. Anish Kapoor draws us into a hidden history, within the boundaries of Versailles. 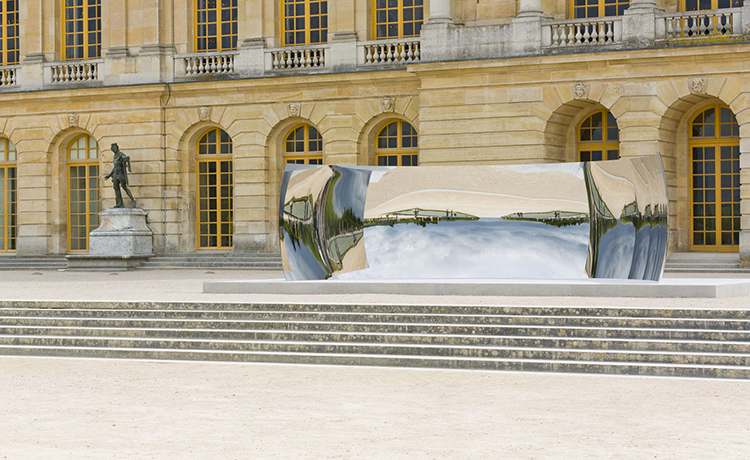 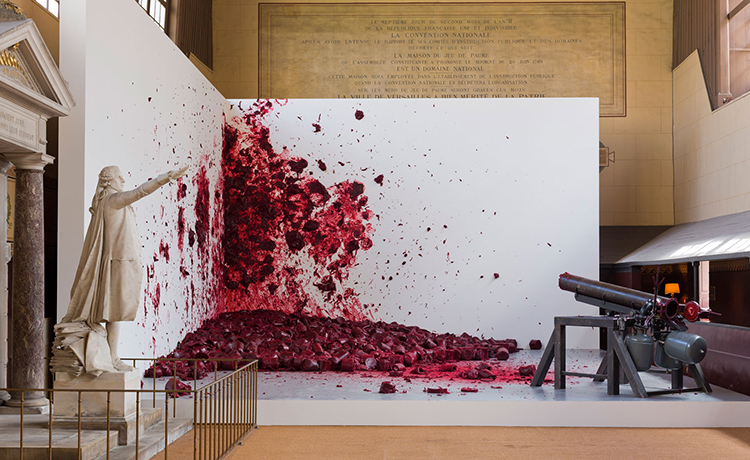 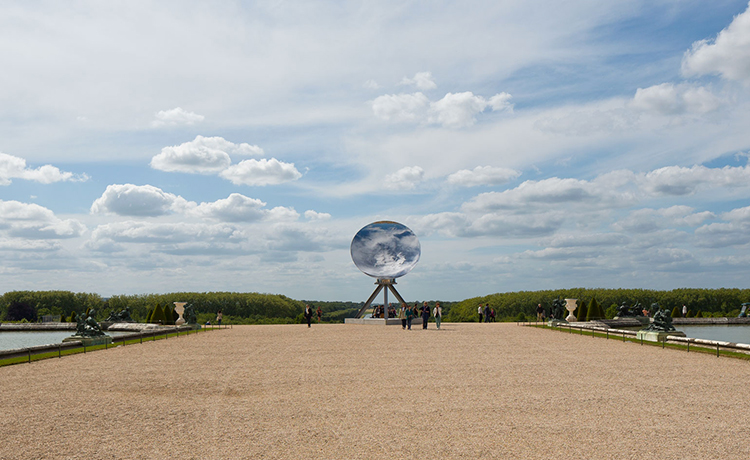 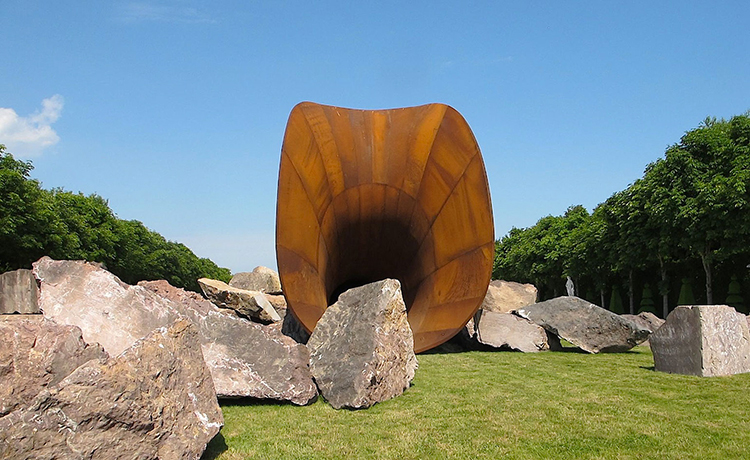 all images © Anish Kapoor / courtesy of Palace of Versailles