For this year’s London Design Festival, British sculptor Alex Chinneck has created A Bullet from a Shooting Star, an outdoor installation at Greenwich Peninsula that is testament to the site’s rich industrial history and acts as a visual beacon signifying the site’s future as a new residential district for London. The enormous lattice of steel takes the form of an inverted electricity pylon that appears to have been shot into the ground at a precarious angle. 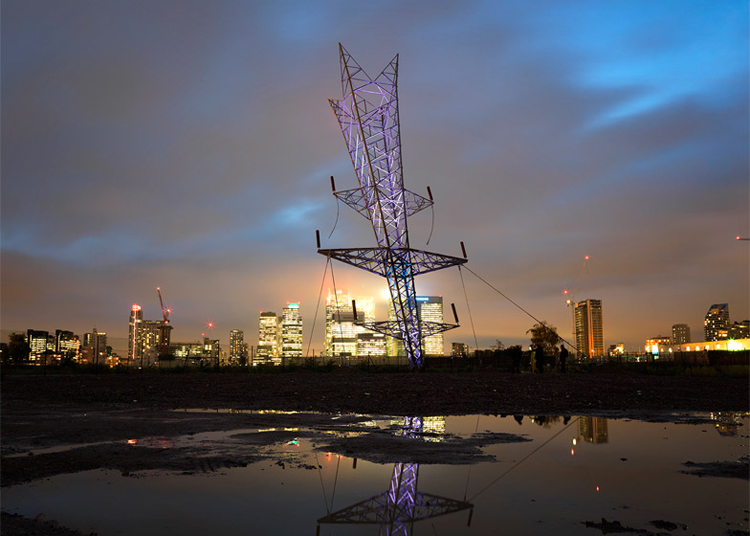 “My work is a combination of surrealism and spectacle,” says Alex. “In this case, the spectacle is provided by the sheer scale of the sculpture and the physical feat of balancing it on its tip.” The site-specific installation plays with the industrial language of the peninsula, which was once home to the largest oil and gas works in Europe and a steelworks. The work’s construction and materiality reflect that of the historical structures still on site, particularly that of the now-abandoned gas tower.

“I was inspired by the incredible history of industry and power generation on the site,” enthuses the artist on Greenwich Peninsula’s past. “There are a number of architectural relics that remain from that time, and that aesthetic along with the historical narrative led me to electricity pylons.” 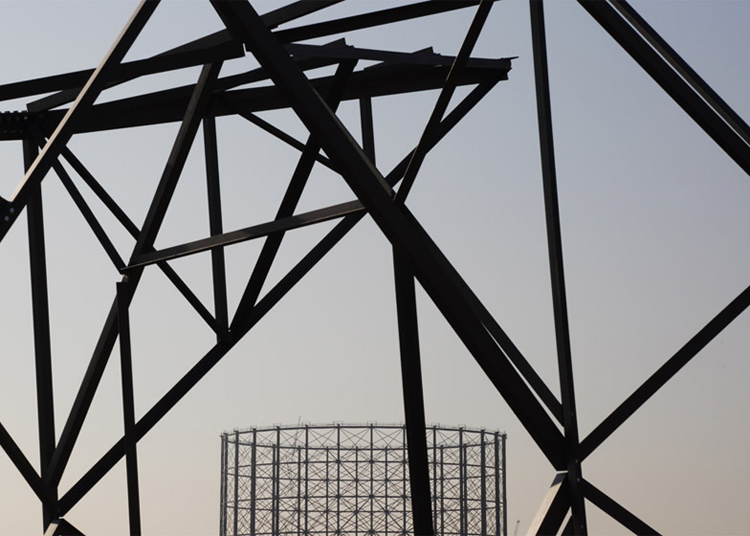 The impressive 35 metre-high structure is visible from a multitude of viewpoints on and surrounding the peninsula, including North Greenwich Station, the Emirates Airline cable car, the Thames Clipper service, Canary Wharf, and all planes that fly to and from City Airport.

“Given the site and various points of view to it, there was a fantastic opportunity and a creative pressure to deliver a real cultural and sculptural beacon,” says Chinneck. The work’s dramatic silhouette, which is illuminated at night, creates a prominent landmark that attracts attention to the area and its future. During the day, the work casts an intricate maze of dynamic shadows across the surrounding roads and footpaths, engaging visitors walking beneath.

“Greenwich is the centre of world time, and I’m interested in the idea that the sculpture intersects the prime meridian line, acting as a giant sundial,” says the artist. 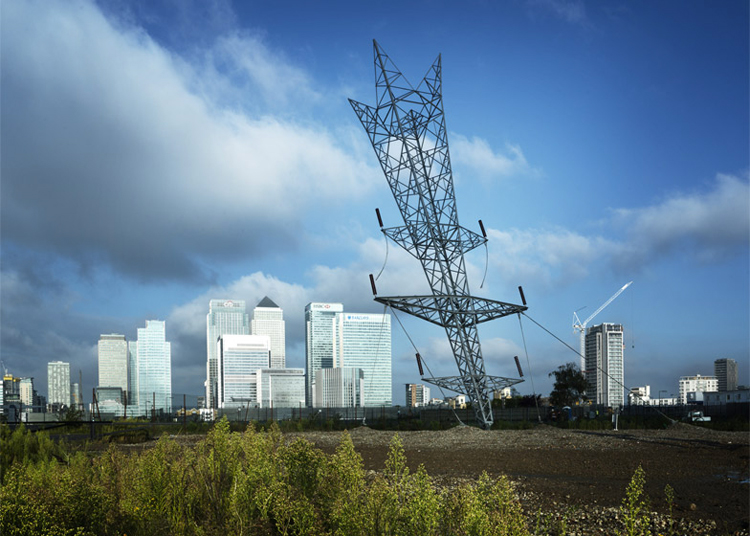 A Bullet from a Shooting Star comprises 450 pieces of steel and 900 engineered connection points, all constructed from a combined length of 1186 metres of steel weighing 15 tons.

“The work takes a complex path to reach a dramatic conclusion,” says Chinneck. “For the London Design Festival I wanted to take on my biggest challenge to date – one that could only be realised through collaborative design and problem solving.”

A Bullet from a Shooting Star was commissioned by the Festival in collaboration with Knight Dragon, the Hong Kong-based property developer currently developing a new district for London at Greenwich Peninsula with 15,000 new homes. 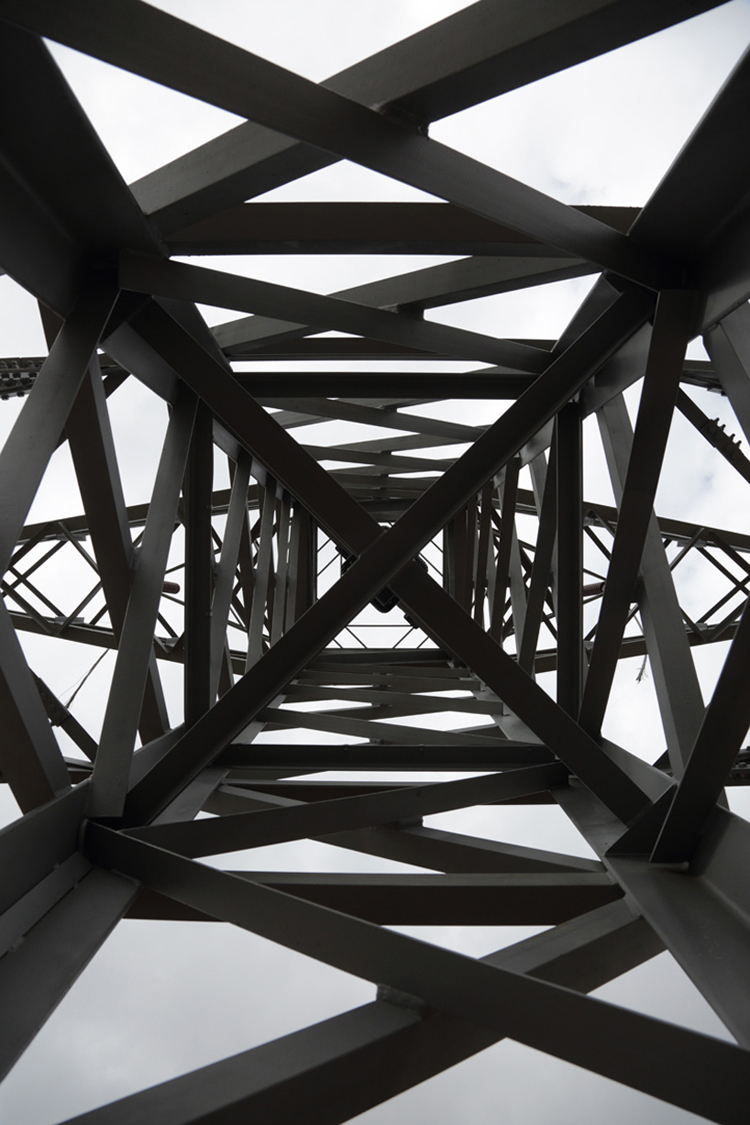