On the occasion of Lumiere Durham 2015, the UK’s largest light festival, French artist Miguel Chevalier has unveiled his new artwork, Complex Meshes, in Durham Cathedral, a building constructed at the end of the 11th Century and which represents the most accomplished example of Norman architecture in England.

Following Chevalier’s immersive projections at King’s College Chapel in Cambridge,”Complex Meshes” is a monumental projection at dusk on the exceptionally designed ‘ribbed vault’ ceiling of the central nave; a daring architectural feature which was way ahead of its time and which announced the beginning of the Gothic art style in architecture. 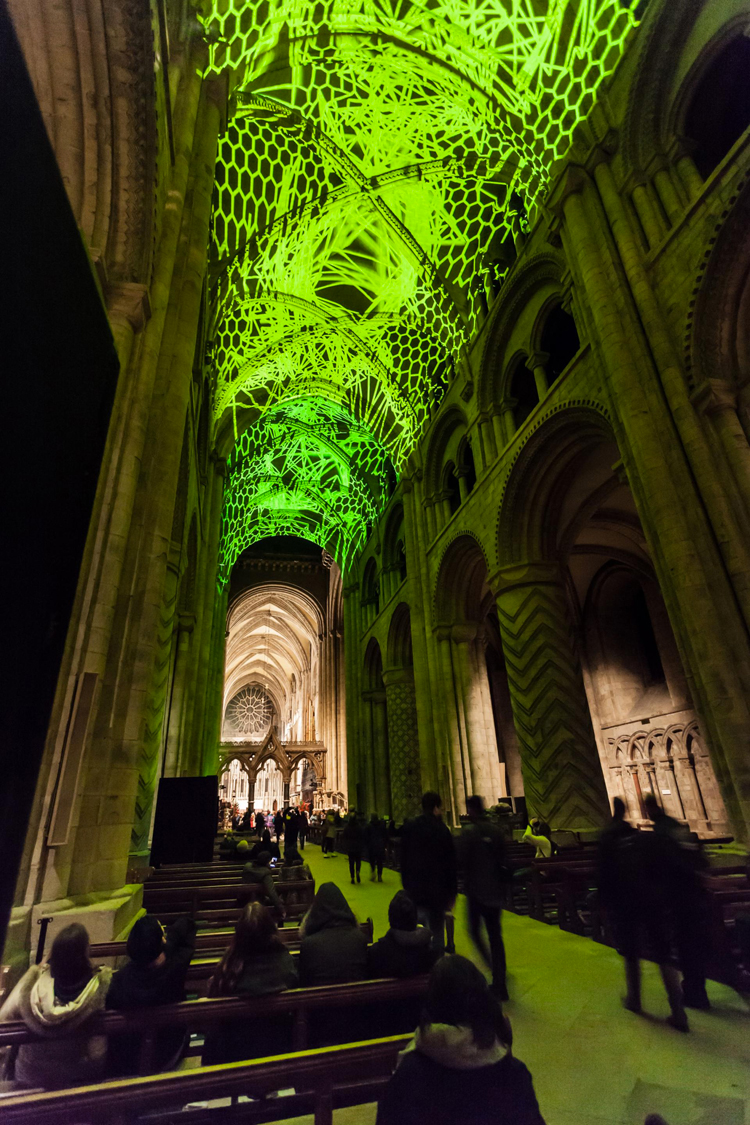 A mesh is a three-dimensional object consisting of vertices, edges and faces which form polygons, used in modeling or architecture. For this piece, the use of numerous wireframe meshes becomes an aesthetic in itself. Different colored weaving patterns composed of triangles, quadrilaterals and other polygons overlap, evolve and transform slowly in real time. This huge virtual light curtain twists, moves and resizes to create diverse and complex shapes. The surface is deformed to generate the abstract landscapes of a living universe which is constantly evolving. 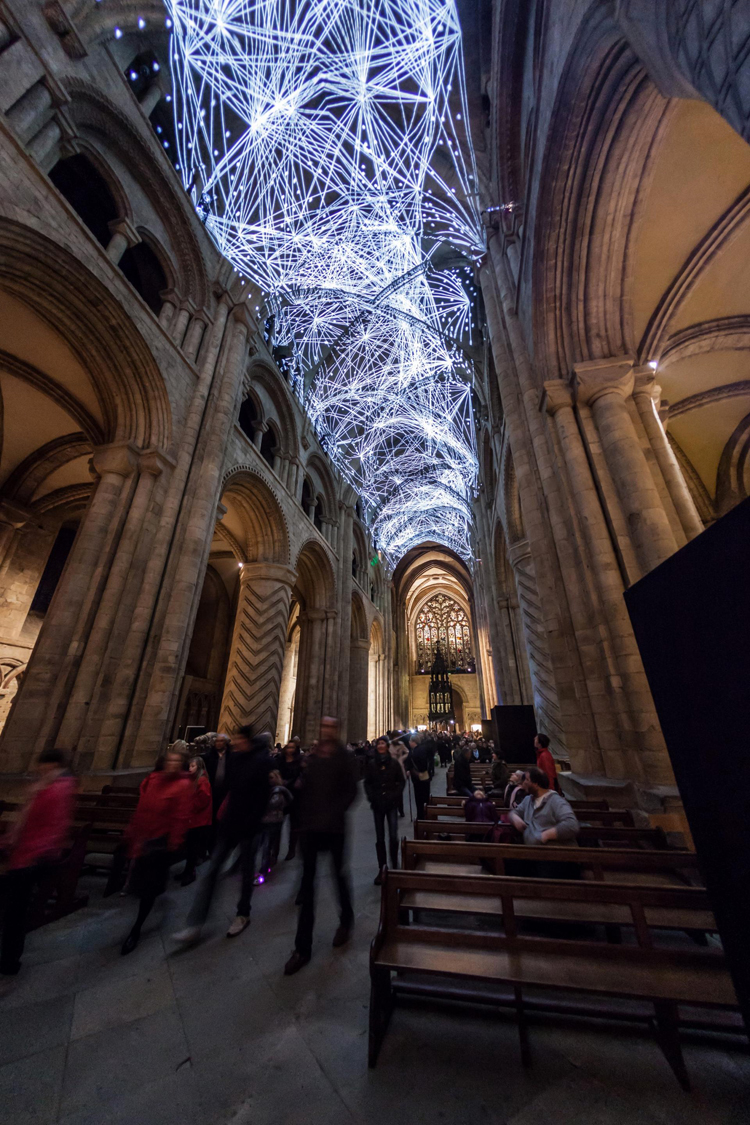 These vivid colour grids create surprising “trompe l’oeil” effects which disrupt the perceptions of the visitors by creating the sensation of moving arcs. By its use of this technique, this installation refers to artists of kinetic art and Op Art (Bridget Riley, Victor Vasarely, Jesús Rafael Soto, Julio Le Parc …) who conducted the research on the movement and illusion optics which prefigured digital art. 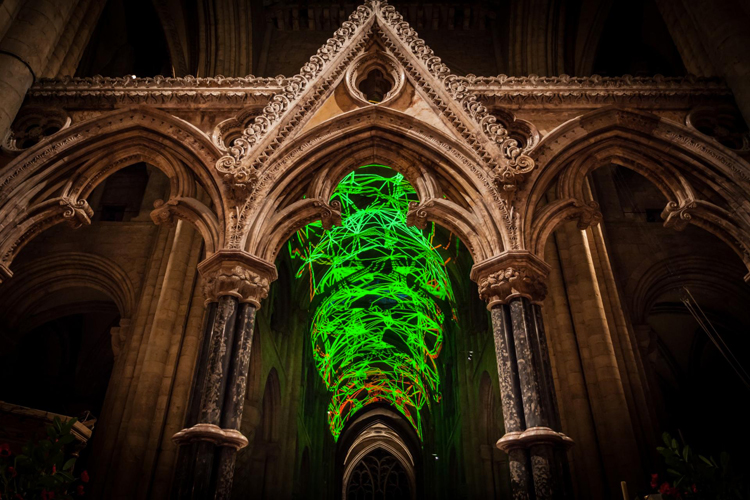 Furthermore, this interactive work uses sensors to detect movement of visitors in the nave of the cathedral. Their movements alter the light fresco that evolves during night and in this way the visiters directly impact the structure of the work. The visual experience is also enriched by the music of composer Jacopo Baboni Schilingi. 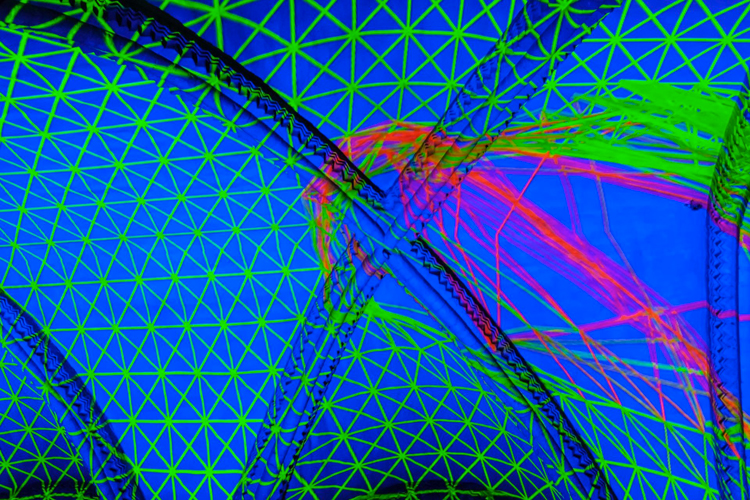 “Complex Meshes” highlights the architecture of the site through light and gives the building life before our eyes. This digital installation is in resonance with the high technicality of the cathedral’s ribbed vault, made of diagonally intersecting Romanesque bows, that prefigure the ribbed Gothic style and which allowed large gaps in the supported walls for vibrant stained glass windows to bring light to these cathedrals.

These structures and designs are enhanced by the fluid universe of “Complex Meshes” as it amplifies the space and brings further light into the nave. Both visually and sonically, this piece resonates perfectly with the rose windows and archetechtural structure of the building. 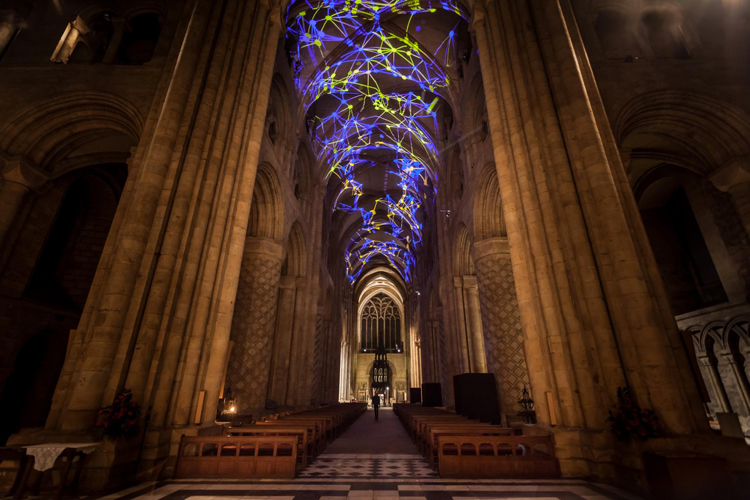 “Complex Meshes” creates a magical atmosphere. It’s pixel skin becomes one with the stone and gives off a radiant energy and visitors are invited to sit on the benches and raise their eyes to the ceiling. They are offered a kaleidoscopic experience which symbolizes the infinity of Nature and Creation and which transforms the vault of the nave into a constellation universe. This poetic installation invites us to dream with the language of spiritual elevation as it reflects the invisible and shows us the very essence of things. 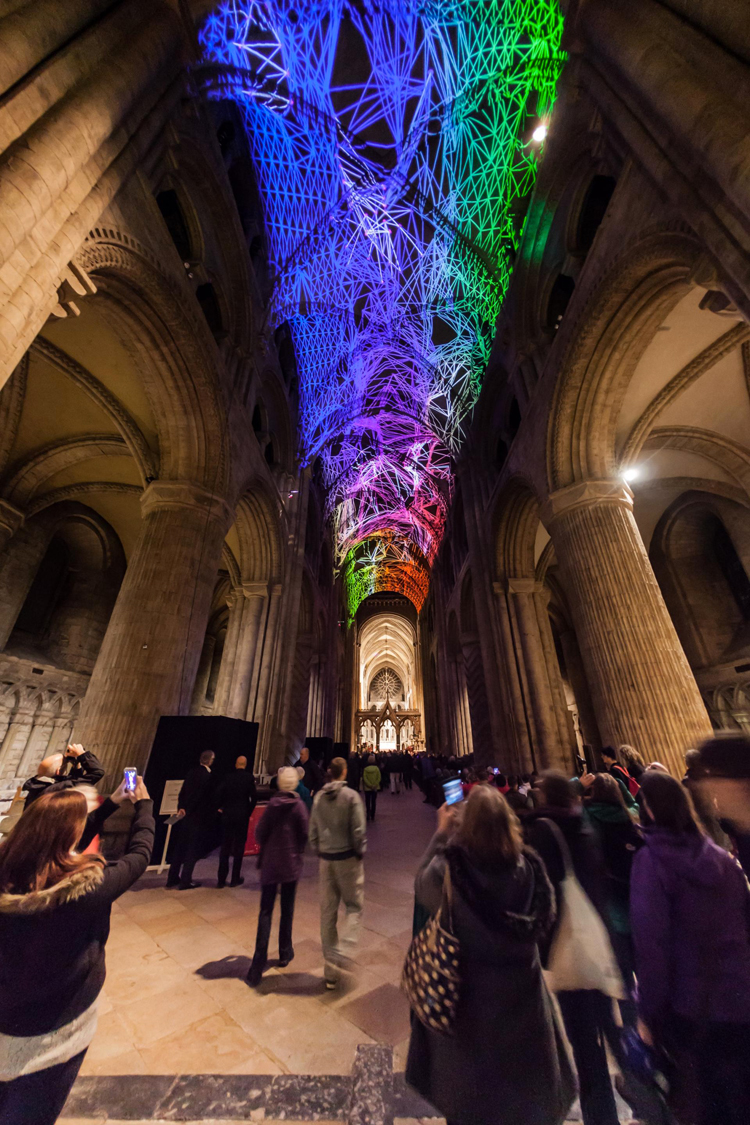 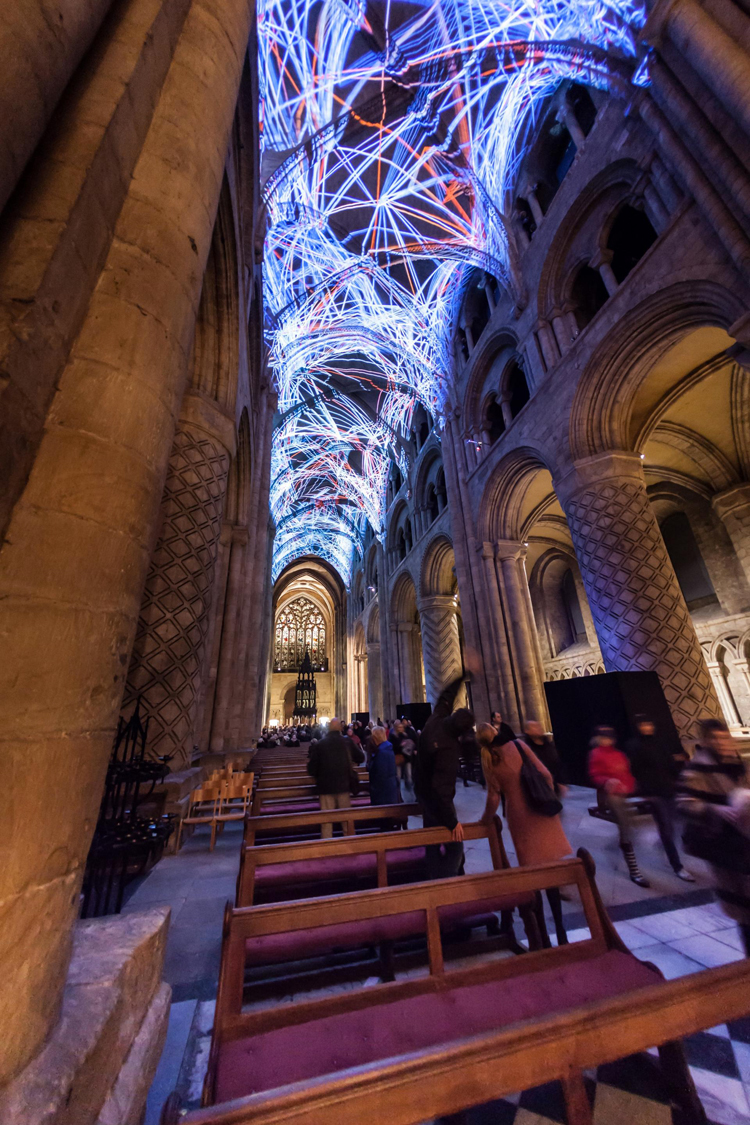 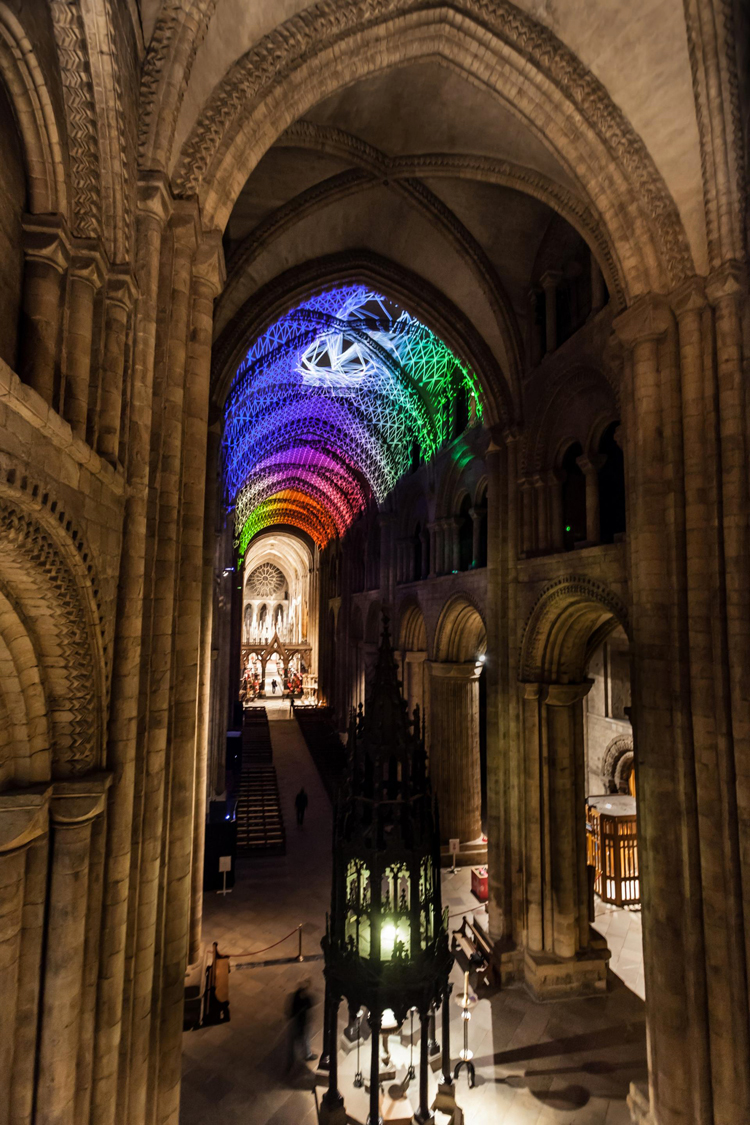 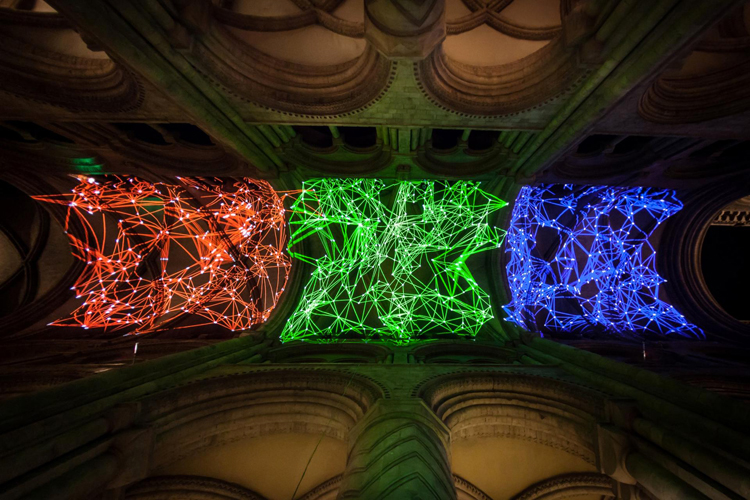 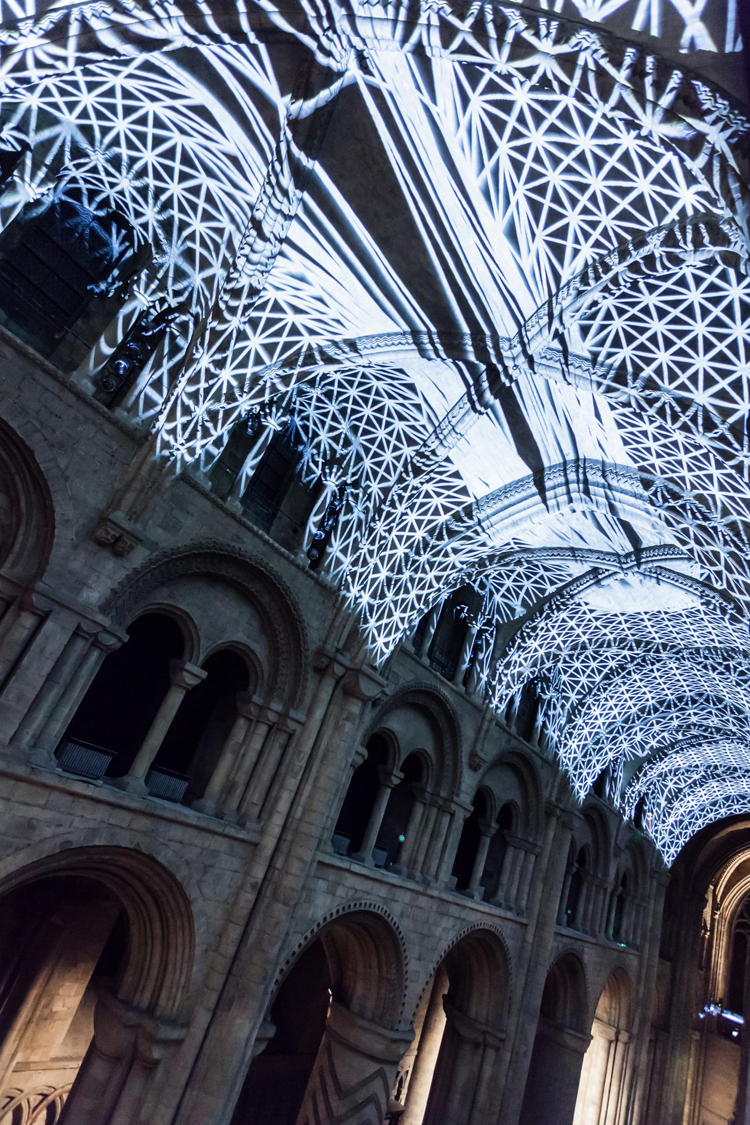 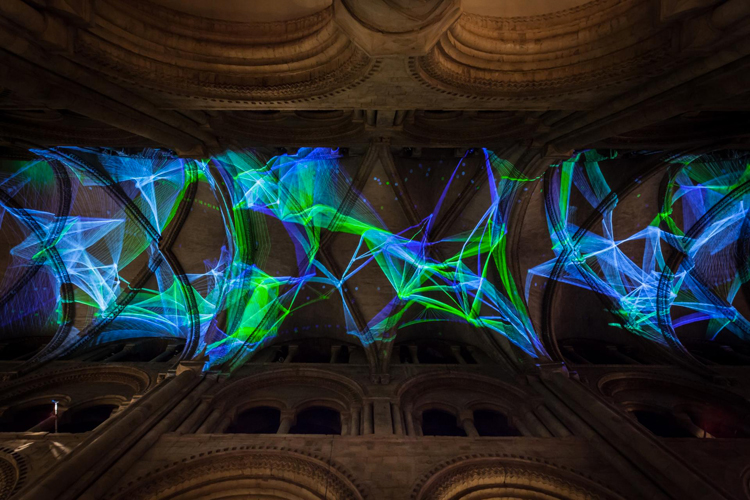 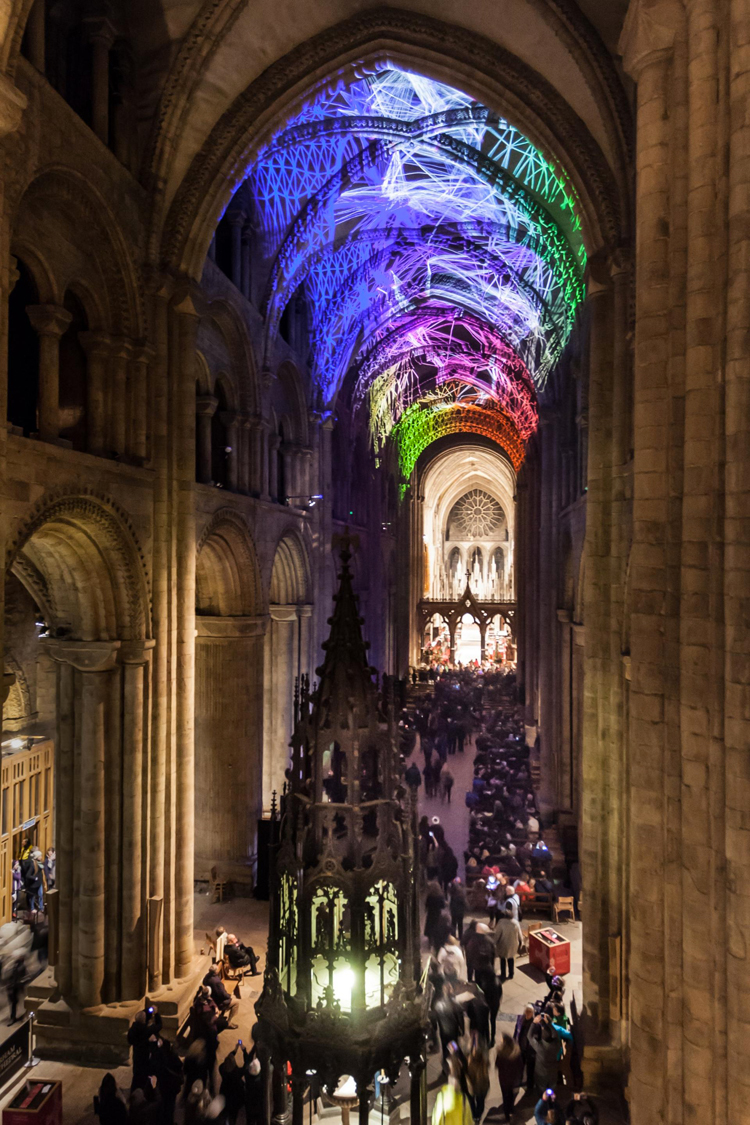 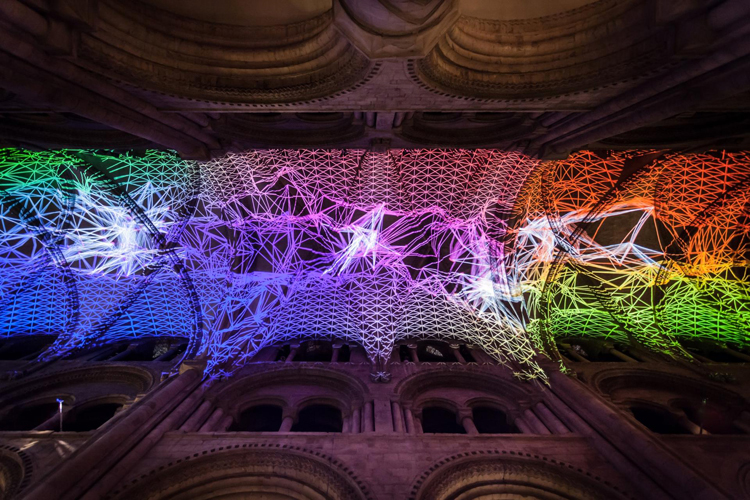 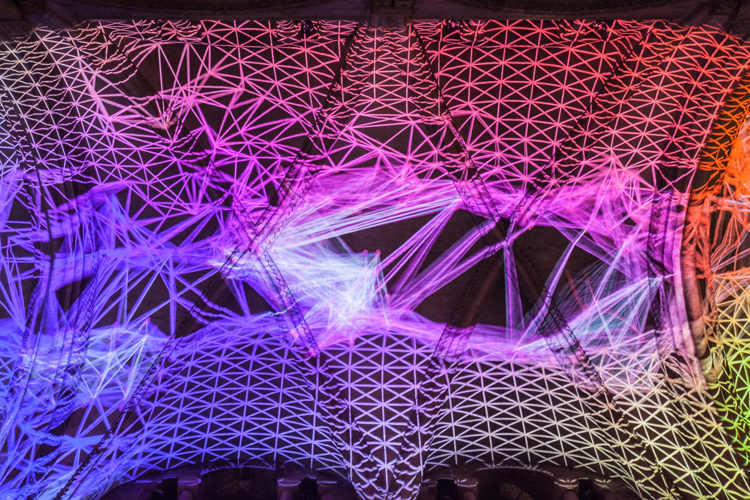 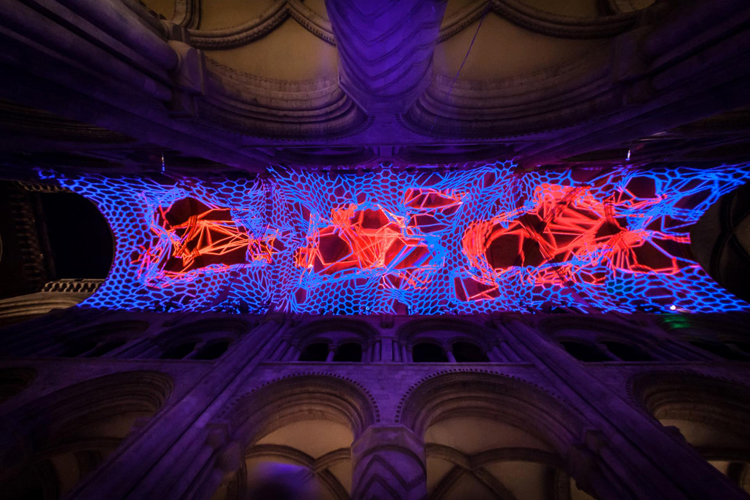 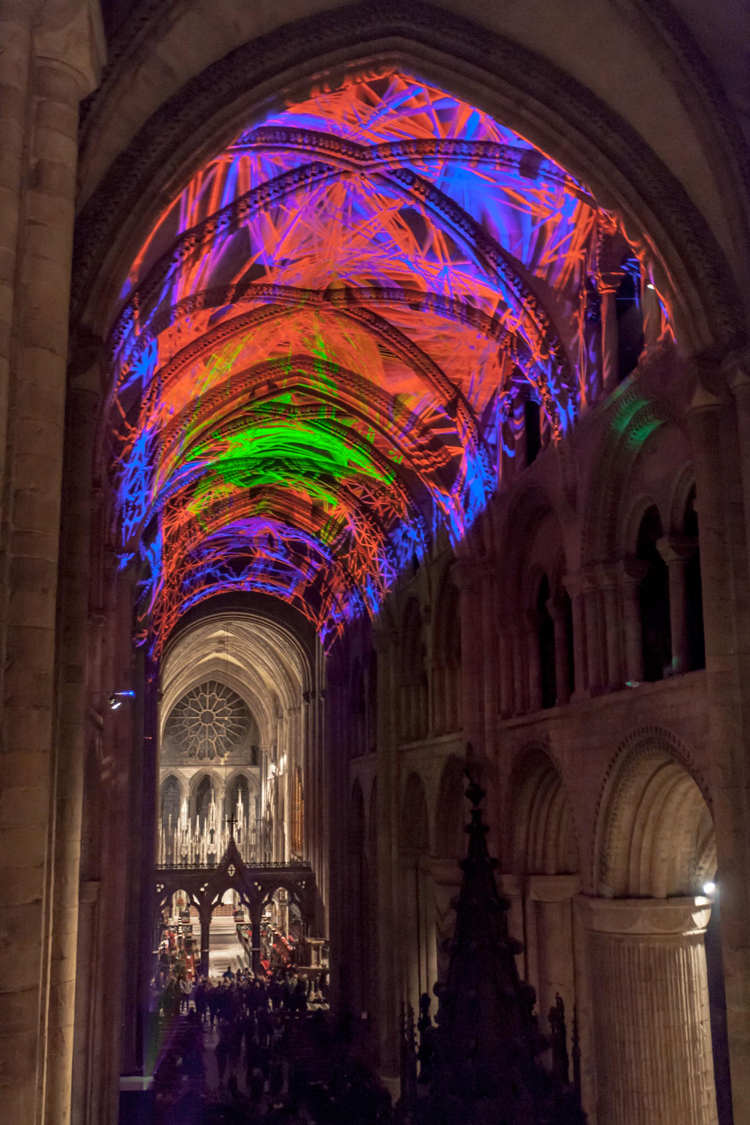