A large-scale sculpture by acclaimed British artist Cornelia Parker, inspired by the paintings of Edward Hopper and by two emblems of American architecture—the classic red barn and the Bates family’s sinister mansion from Alfred Hitchcock’s 1960 film Psycho—will comprise the fourth annual installation of site-specific works commissioned for The Metropolitan Museum of Art’s Iris and B. Gerald Cantor Roof Garden. 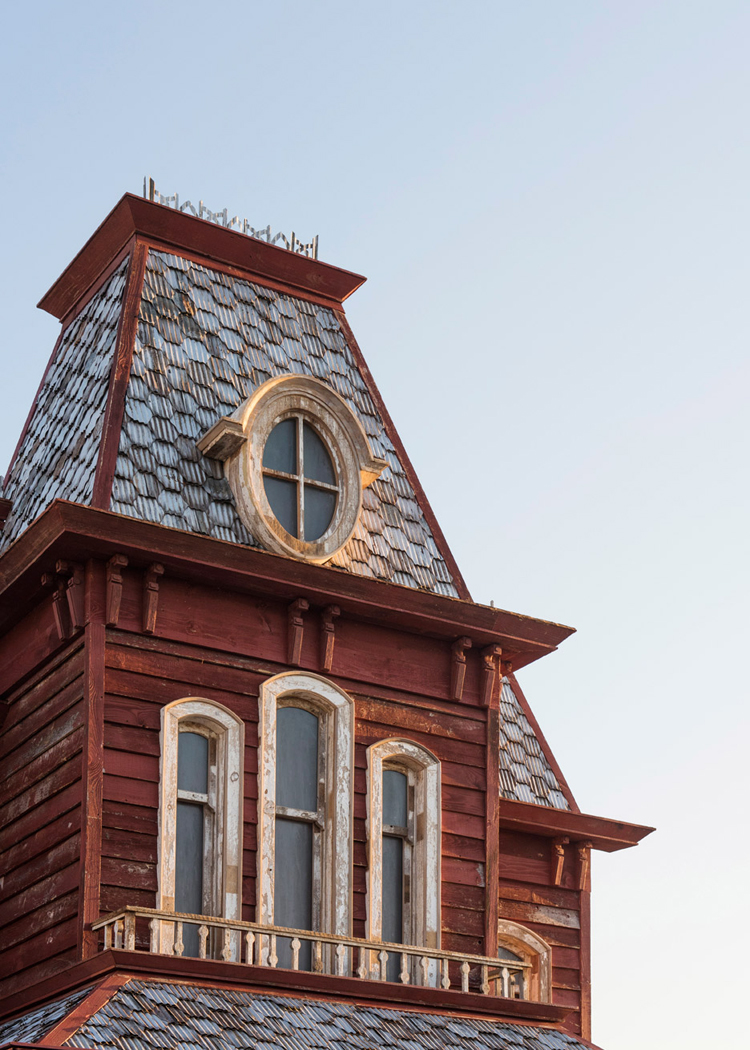 Nearly 30 feet high, the site-specific Transitional Object (PsychoBarn) is fabricated from a deconstructed red barn and seems at first to be a genuine house, but is in fact a scaled-down structure consisting of two facades propped up from behind with scaffolding. Simultaneously authentic and illusory, the sculpture evokes the psychological associations embedded in architectural spaces. 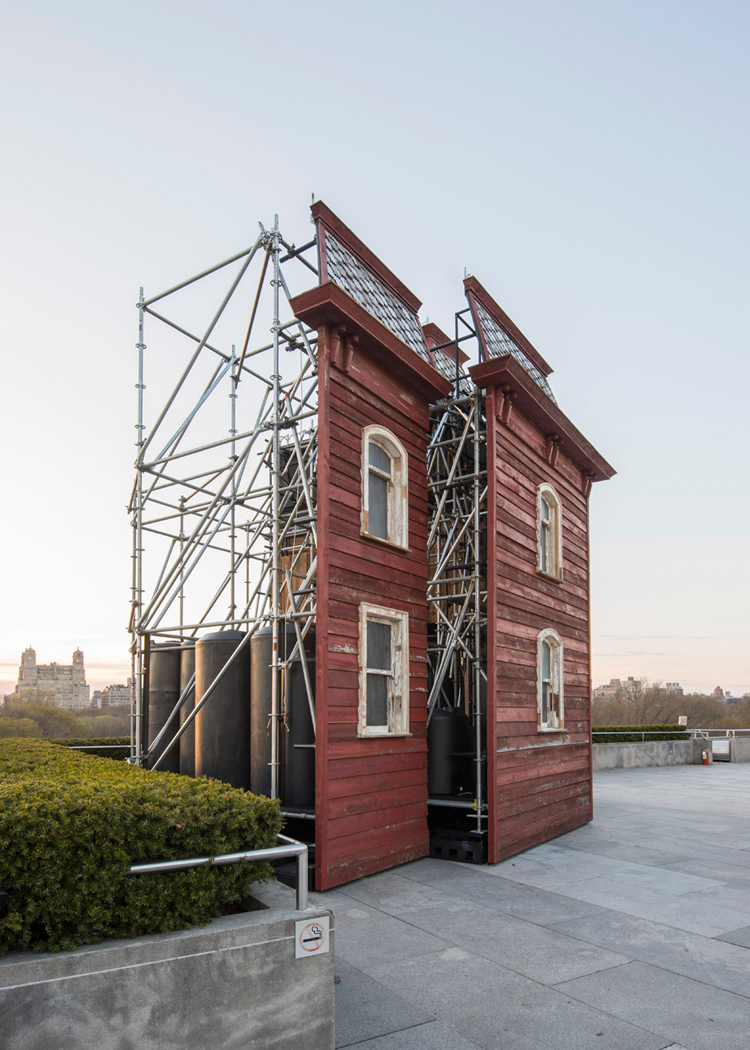 Parker incorporates the blood-red siding, wood floors, whitewashed posts, and corrugated steel roofing from an old barn in Transitional Object (PsychoBarn). Even in their transformed state, these materials retain evidence that the barn spent a century as part of a farm in upstate New York. The title of Parker’s work alludes to the psychoanalytic theory of transitional objects used by children to help negotiate their self-identity as separate from their parents. 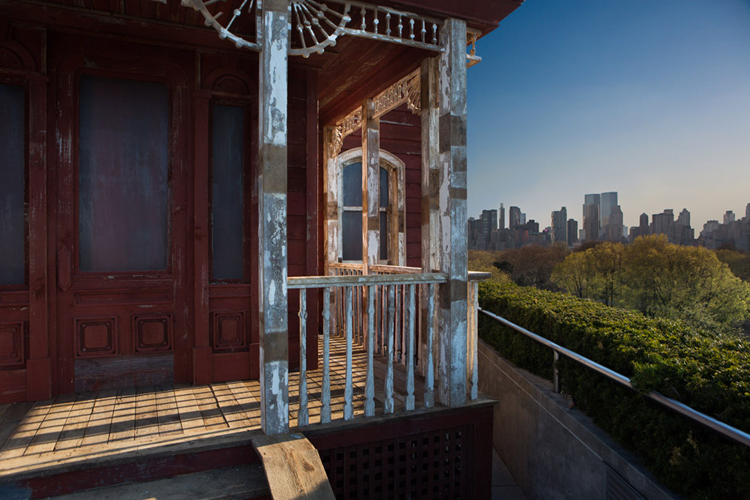 The piece flickers between the physical reality of the barn and the cinematic fiction of the house, bringing up their respective ties to comfort and discomfort. Neither entirely real nor completely false, it vacillates unnervingly between its identities.

Transitional Object (PsychoBarn) is set atop the Metropolitan Museum of Art, also known as The Met, high above Central Park—providing an unusual contrast to the Manhattan skyline. It will be on view to the public from April 19 through October 31, 2016 (weather permitting). 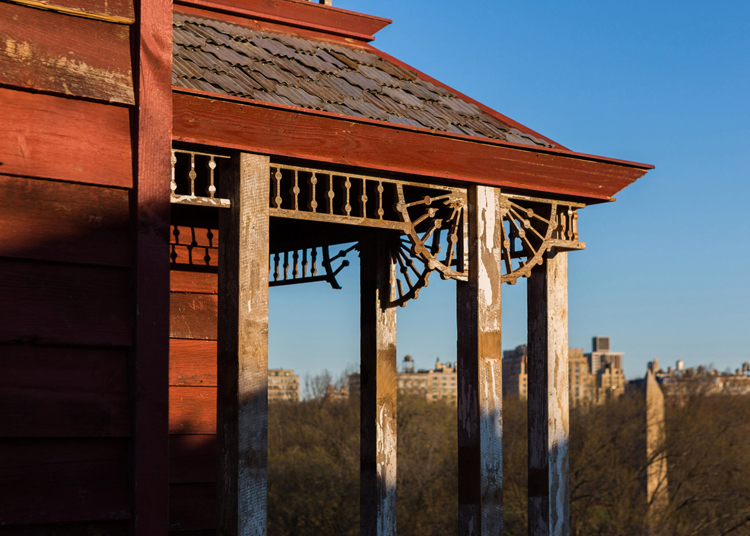 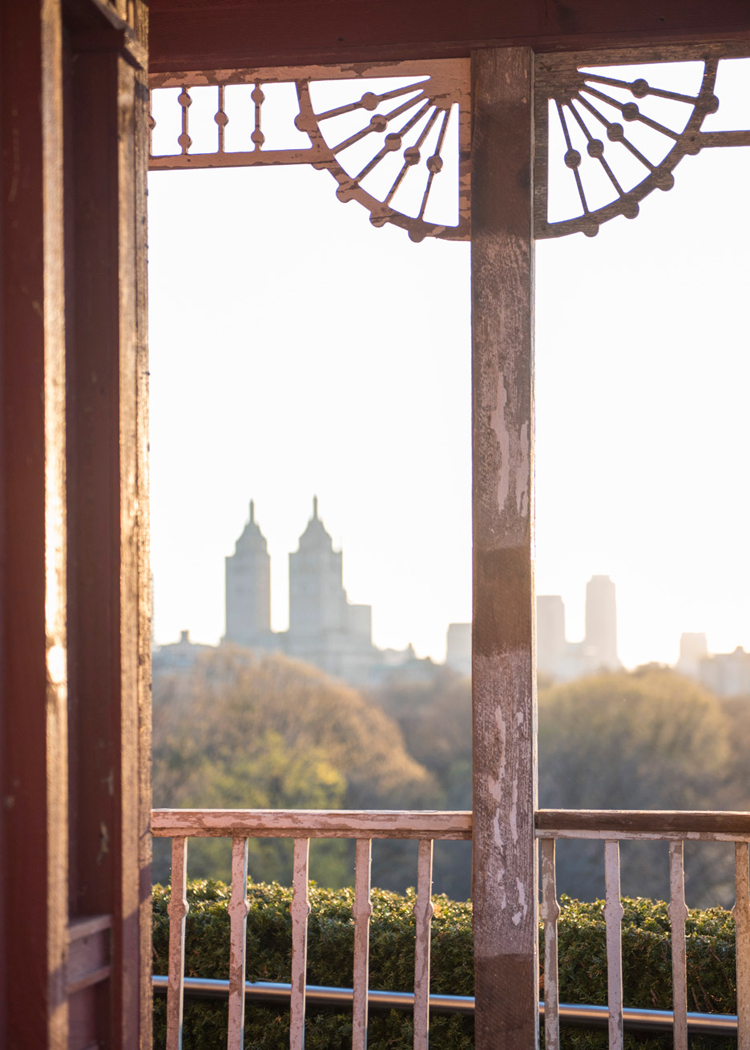