Carlo Ratti Associati has developed Paint by Drone, a portable technological solution that employs drone formations to draw on urban facades. The project aims to turn any blank vertical surface into a space for both participatory artistic expression and the visualization of urban data.

Paint by Drone employs a set of one-meter wide UAVs (Unmanned Aerial Vehicles), each of them equipped with sensors and carrying a spray paint tank. Each drone paints with CMYK as in most traditional printing processes. 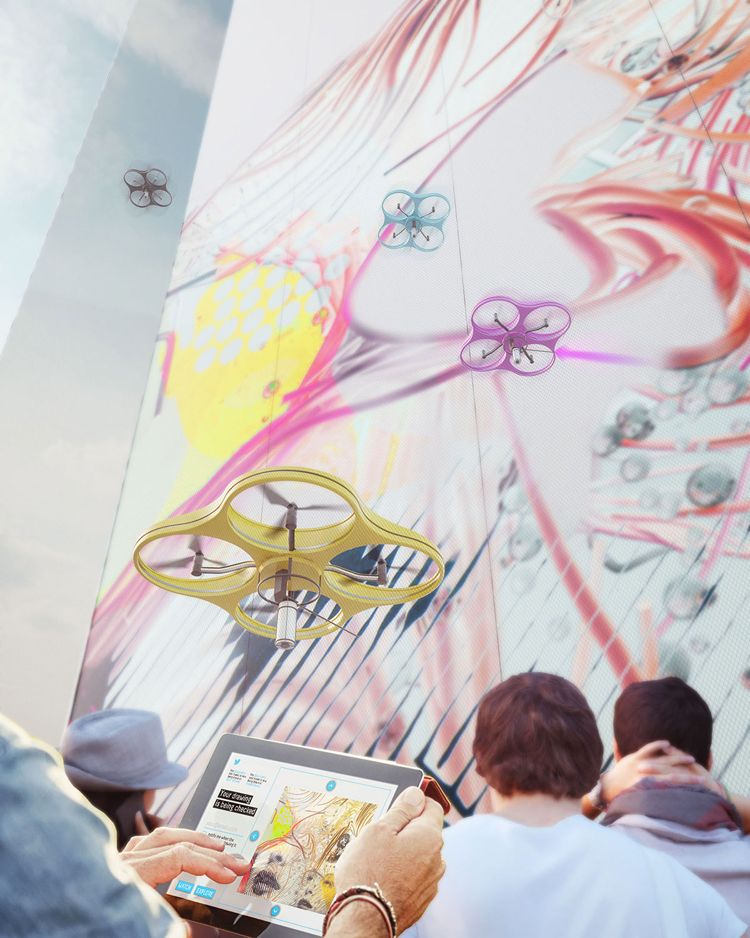 Furthermore, a protective net placed on the scaffolding’s’ cover allows the drones to move into a safe space. Drones can draw content submitted digitally, via an app. The artistic input can come from either crowdsourced platforms or from a curator orchestrating the contributions of several people. 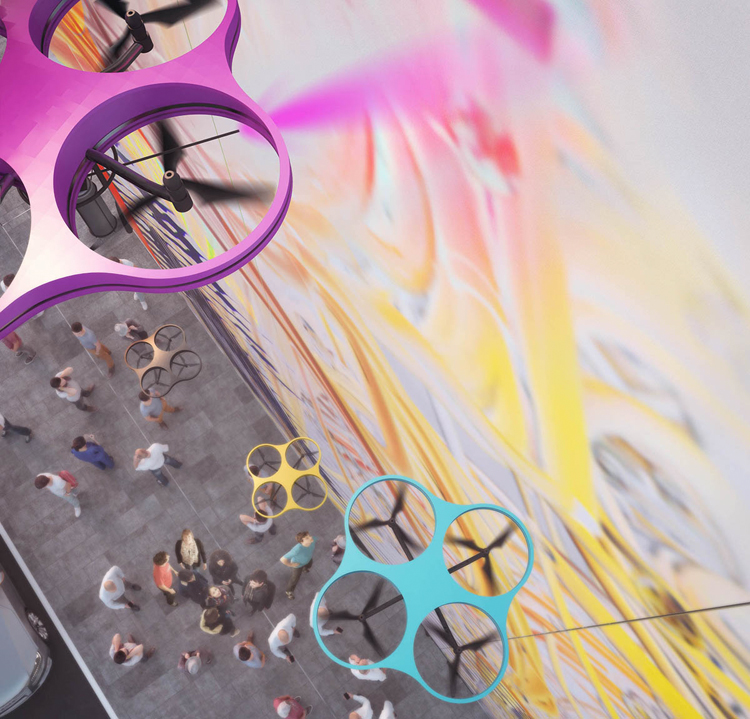 “Our cities are filled with blank vertical surfaces, either permanent or temporary. Scaffold sheeting, for instance, has great potential, but in fact it is mostly used in bland ways – left empty or employed for advertising,” says Professor Carlo Ratti, founder of Carlo Ratti Associati studio and Director of the Senseable City Lab at the Massachusetts Institute of Technology (MIT).  “With Paint by Drone we would like to unleash the potential of ‘phygital graffiti’. Any façade can become a space where to showcase, new forms of open-source, collaborative art or to visualize the heartbeat of a metropolis through real time data.” 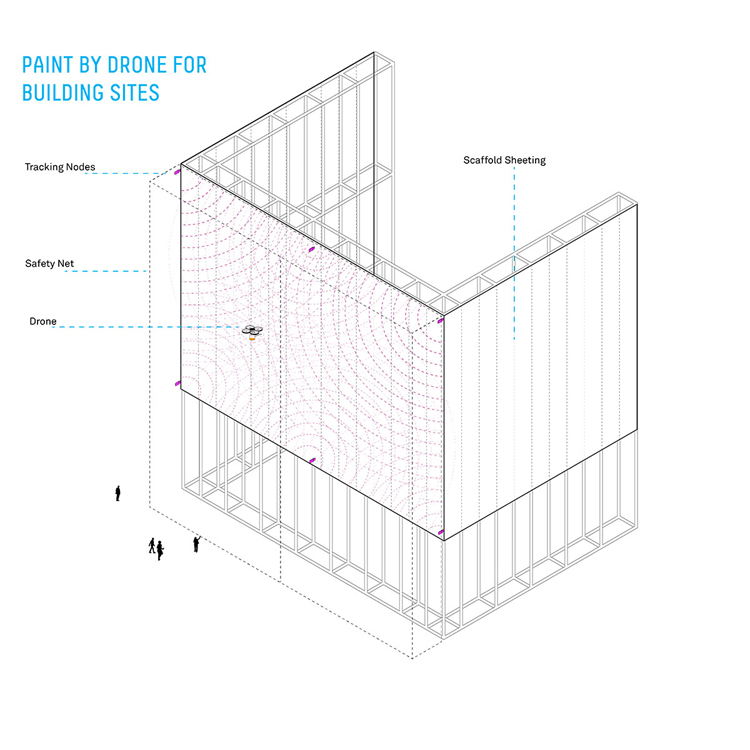 “Paint by Drone will premiere in Berlin, Germany, and Turin, Italy, in late 2017. In both cities, it will enable large-scale collaborative graffiti projects. Either an artist will do an initial drawing on the canvas that can be colored in by users, with each person picking their favorite ‘spot’ of the canvas that the drone will paint, via mobile app. Or people can use the mobile app to draw their own designs, imagining what would be seen once the building under the scaffolding is finished,” stated Carlo Ratti Associati. 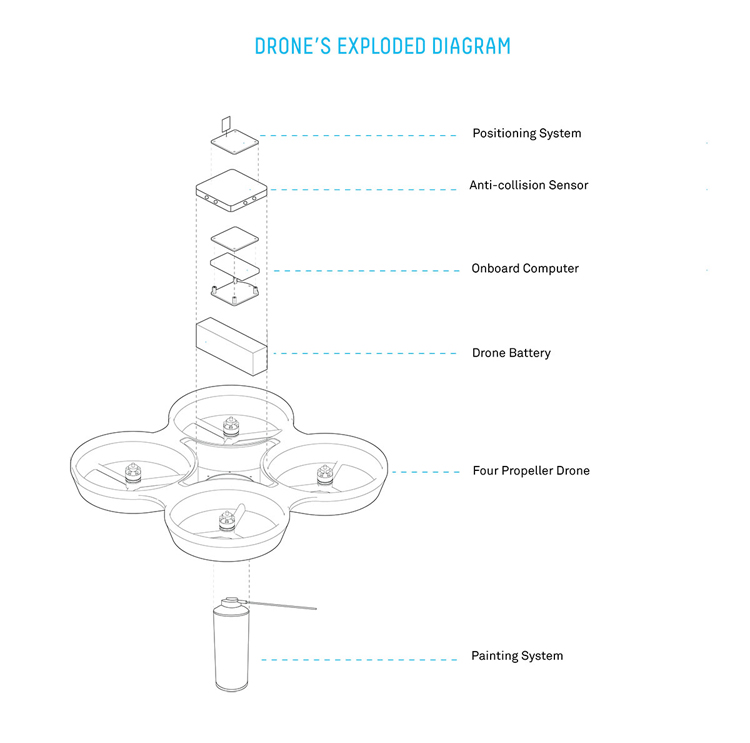 “This project encapsulates our vision of the city as an emergent system”, comments Antonio Atripaldi, project leader at Carlo Ratti Associati: “With Paint by Drone, the contributes of different people generate a result in which the final drawing is more than the sum of its parts”.

In Berlin and in Turin, the project will give life to an exciting and dynamic canvas, highlighting both cities’ thriving art scene and openness to dynamic innovations.