Reaching 20-metres above ground level and weighing ten-tonnes, the artwork theatrically animates the structure from which it leans, uniting Chinneck’s signature use of art, architecture and engineering to create an ambitious combination of surrealism and spectacle. 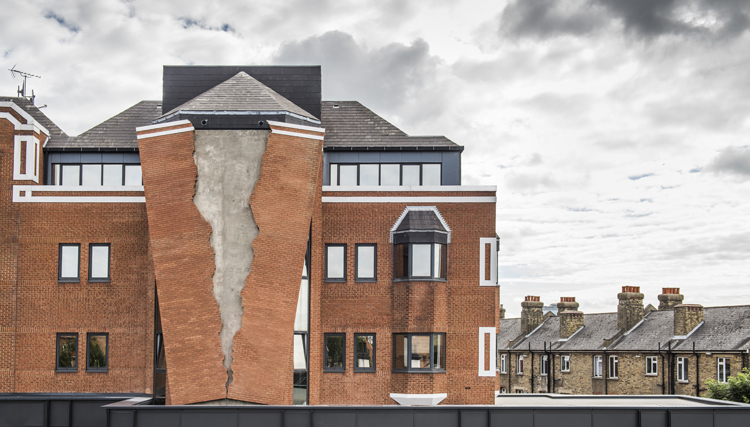 Constructed from 4,000 bricks and over 1,000 stainless steel components, the installation represents a 14-month collaboration of British art and industry with engineers, steelworkers and brick-makers working alongside the artist’s team.

“The work was conceived to engage people in a fun and uplifting way,” says Alex Chinneck about his work. “Although we use real brick, it was designed with a cartoon-like quality to give the sculpture an endearing artifice and playful personality. I set out to create accessible artworks and I sincerely hope this becomes a popular landmark for London and positive experience for Londoners.” 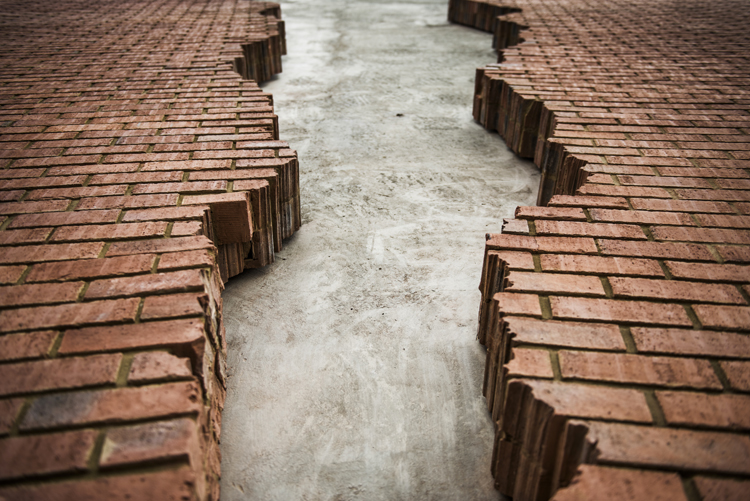 The artwork, commissioned by AXA Investment Managers – Real Assets, is situated on Assembly London, a major mixed-use urban campus comprising four buildings totalling 220,000 sq ft. The space will be home to offices, retail units and restaurants designed to create a highly collaborative community based work environment. Prior to redevelopment, the site functioned as the home of a publisher for over two decades and the artwork appropriately resembles a torn sheet of paper, albeit monumental in size, weight and complexity.

Alex Chinneck’s Six pins and half a dozen needles is a permanent installation and can be viewed at Assembly London, 77 Fulham Palace Road, London, W6 8JA. 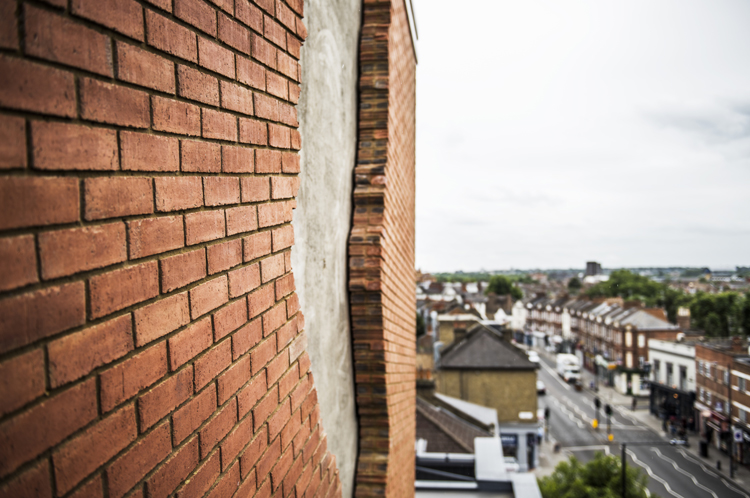 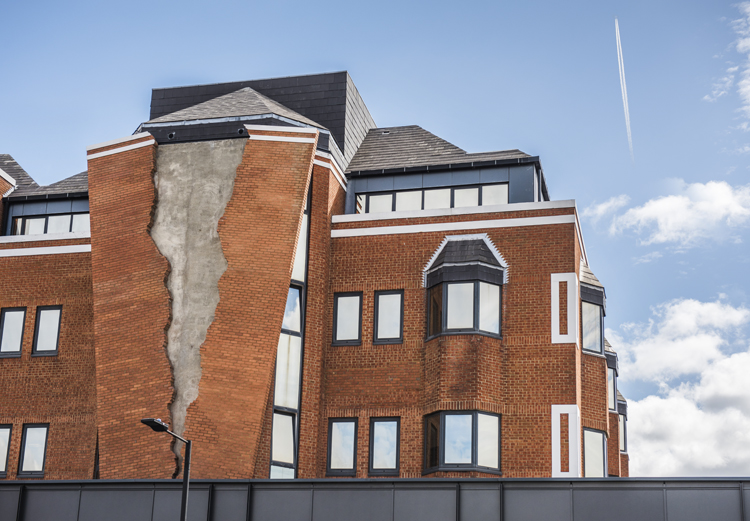 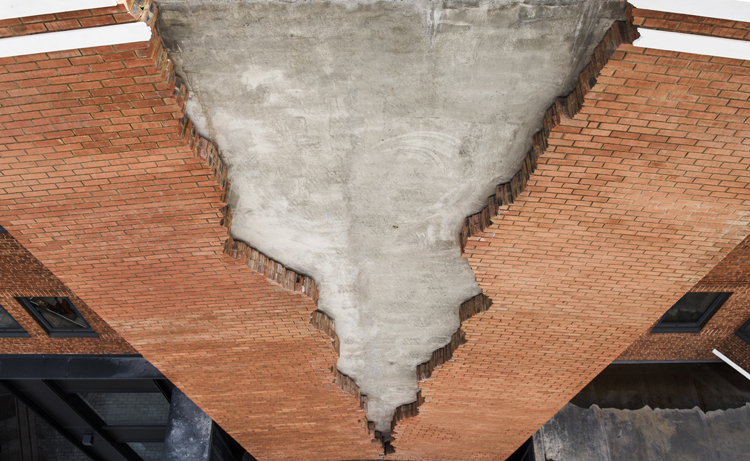 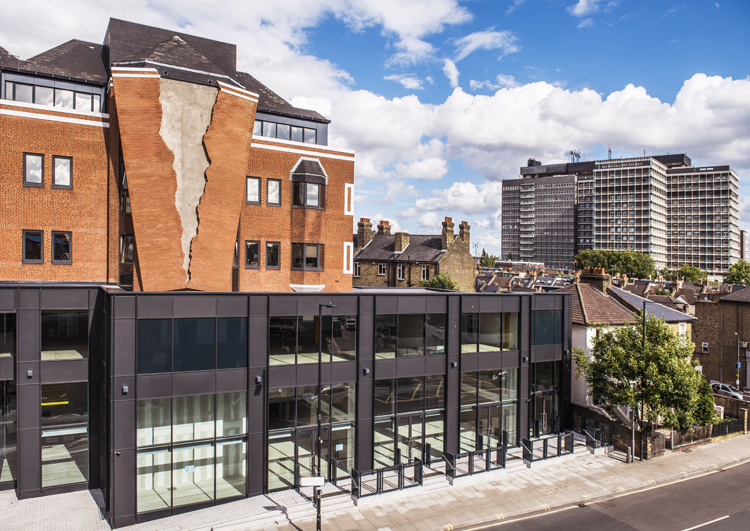 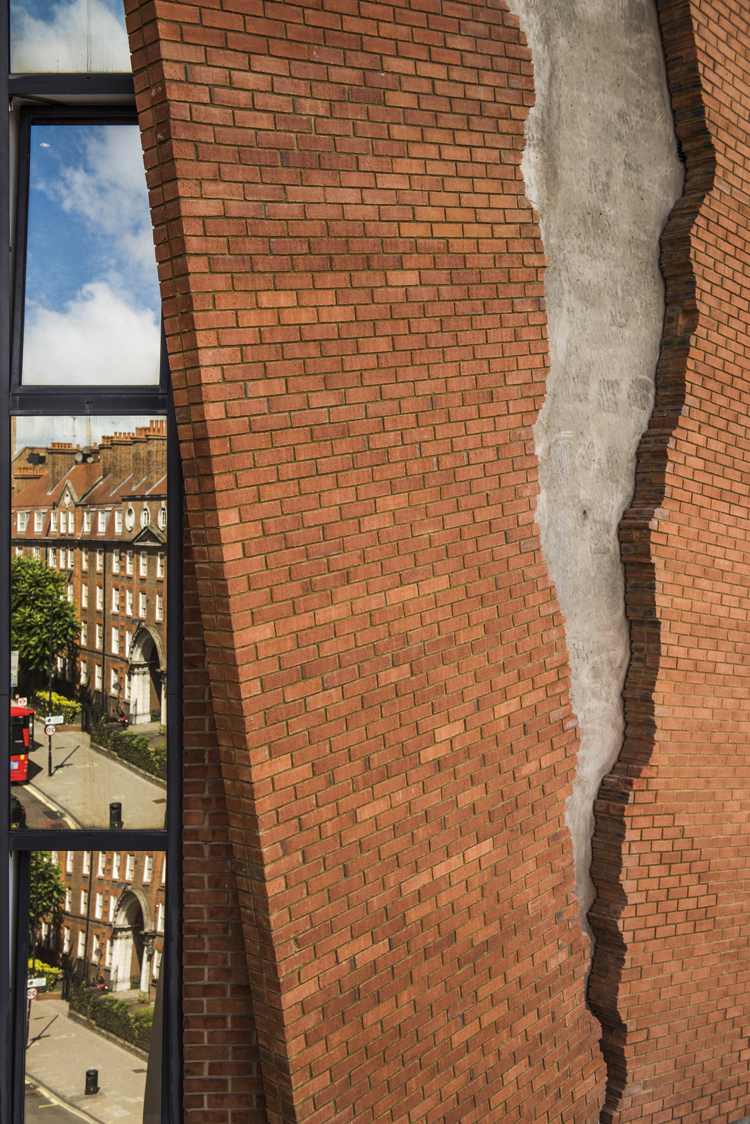