In a moment that caught the art world by surprise, Banksy’s Girl with Balloon self-destructed just as the final hammer signaled the end of an evening of auctions in London. On Friday, auction house Sotheby’s sold the painting by British graffiti artist Banksy for $1.4 million. The piece was a copy of one of the artist’s most famous works, an image of a girl releasing a red balloon, and moments after it was sold, the painting self-destructed, shredding itself while onlookers watched. The work sold for £1,042,000 ($1.4 million), tying the artist’s record in pounds at auction previously achieved in 2008.

The framed work, spray paint and acrylic on canvas, mounted on board depicted a girl reaching out toward a bright red, heart-shaped balloon – one of Banksy’s most iconic images – began to pass through a shredder hidden in the frame.

“It appears we just got Banksy-ed,” said Alex Branczik, Senior Director and Head of Contemporary Art, Europe London. The unexpected incident became instant art world history and certainly marks the first time in auction history that a work of art automatically shredded itself after coming under the hammer. 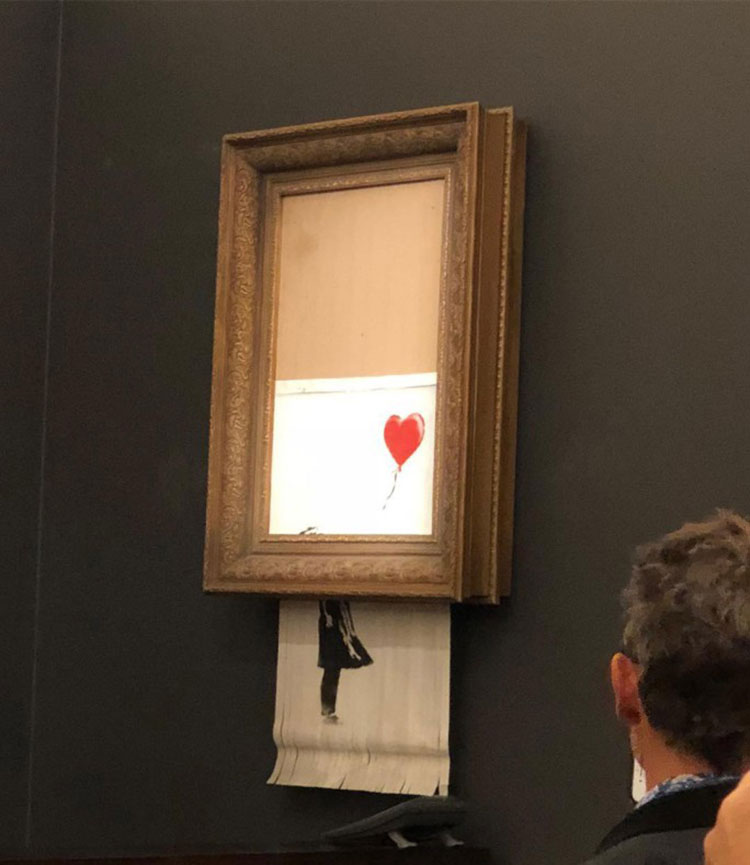 The painting itself was a 2006 reproduction of the iconic image, which features a girl releasing a red balloon. The original image was spray painted on a building in East London in 2002, although it was covered up for many years before it was removed in 2014 and sold at auction the following year. Other copies of the painting have been auctioned over the years. 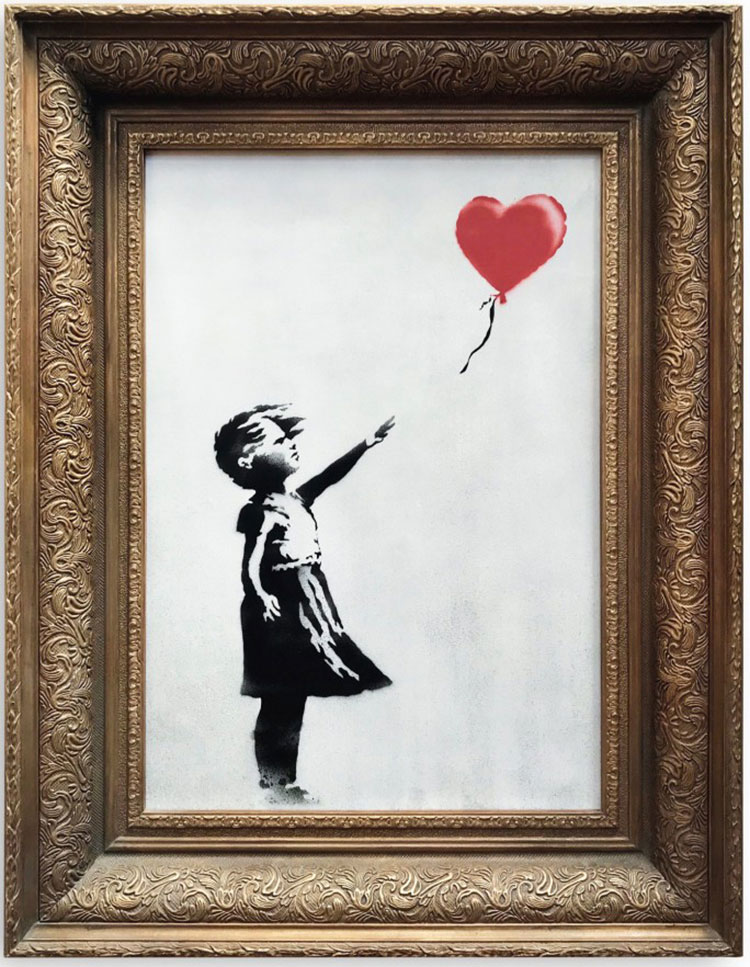 In a video, Banksy explained that he had secretly installed a shredder in the frame of the painting, titled “Girl with Balloon,” to destroy it if it ever went up for auction. Sotheby’s has not named the client whose $1.4 million purchase was destroyed. International auction houses do not divulge the identities of their buyers unless the person requests it.

But Sotheby’s said in a statement on Saturday: “The successful bidder was a private collector, bidding through a Sotheby’s staff member on the phone. We are currently in discussions about next steps.”