Escher X nendo – Between Two Worlds is the first exhibition in the world to feature the extraordinary work of Dutch graphic artist M. C. Escher in dialogue with the work of acclaimed Japanese design studio nendo, led by designer Oki Sato. Seamlessly presenting the worlds of one of the 20th century’s most recognisable artists and one of the 21st century’s most inventive designers, the exhibition will feature more than 150 of Escher’s most renowned prints and drawings from the collection of Gemeentemuseum in The Hague, presented in an immersive exhibition space designed by nendo, alongside never-before-seen work from the design studio.

Acknowledged as a master of optical illusion, Escher created some of the most iconic images of the twentieth century which intrigue viewers with their visual puzzles and challenge established notions around space, time and the everyday world. Escher’s work depicts impossible architectural structures, endless staircases and seamless transformations of form and pattern. His fantastical constructions and repetitive infinity patterns reveal a technical and inventive genius that in recent years has become increasingly revered and celebrated.

Escher X nendo | Between Two Worlds will explore Escher’s unique artistic vision covering the full span of his career, from 1916 through to his final work produced in 1969. Highlights include some of Escher’s best-known works including Day and night, 1938, a woodcut representing light breaking over a Dutch landscape of exactly mirrored towns, fields and waterways, through to the masterpiece that was his final work, Snakes, 1969, created three years before his death in 1972 at age seventy-three. Other famous Escher works in the exhibition include Up and down, 1947, Drawing hands, 1948, Relativity, 1953, and Waterfall, 1961. 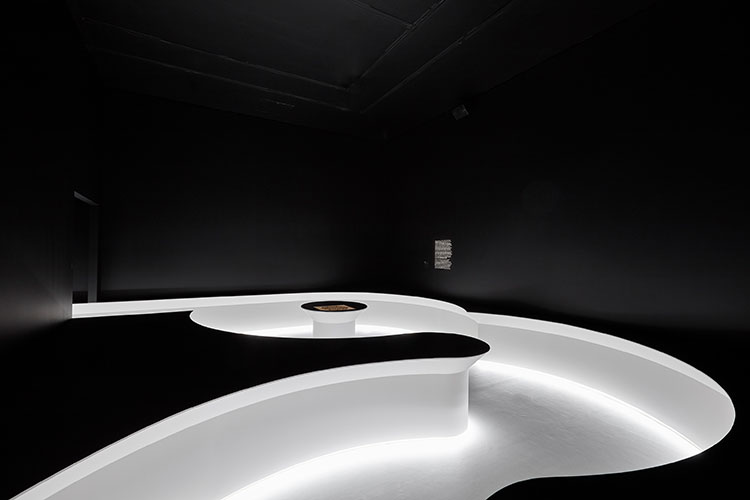 Building on Escher’s optical illusions to create an otherworldly spatial installation, nendo has taken cues from Escher’s manipulation of space and his use of shifting perspectives and playful visual devices. These have inspired the creation of an exhibition experience that transcends traditional gallery displays and manifests Escher’s world in a three-dimensional reality. 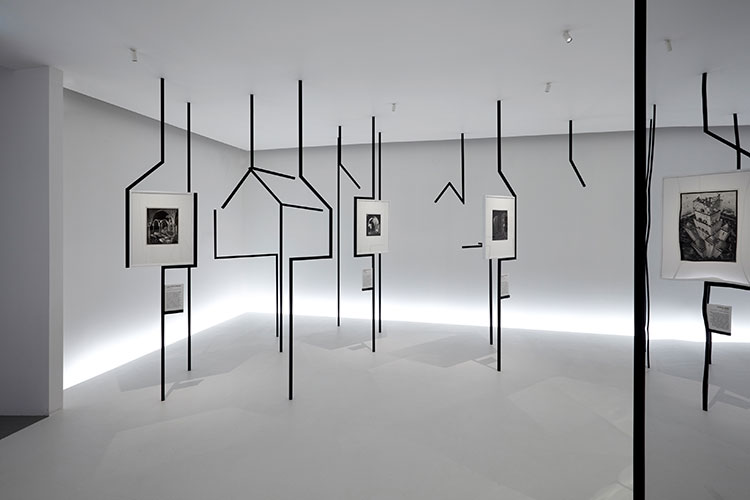 nendo has devised a signature motif for the exhibition design − the minimalist form of a house − universally understood as an icon and symbol of space. The house appears throughout the exhibition in varied forms that reference Escher’s skillful manipulation of patterns as well as creating innovative displays for Escher’s work.

“Escher’s artistic practice, due to its complex play with space, logic and mathematics, has had an indelible impact on architecture and design for many generations,” said Tony Ellwood AM, Director, NGV.  “This rich legacy was the catalyst for the NGV to conceptualize the idea of pairing Escher with nendo. We can’t wait to open the doors to Escher X nendo | Between Two Worlds and provide audiences with a unique opportunity to explore how art can be perceived and experienced differently through the lens of design.”

“Escher’s logical, math-based ideas and interests have inspired nendo’s work process and served as a base for the creation of this exhibition design and new collection of works,” said Oki Sato, Chief Designer and Founder, nendo. “The different installations vary in scale and in spatial impact, enabling the visitor to experience Escher’s world in a very physical way. It’s as if they are walking inside Escher’s mind, but seeing the exhibition through their own eyes.” 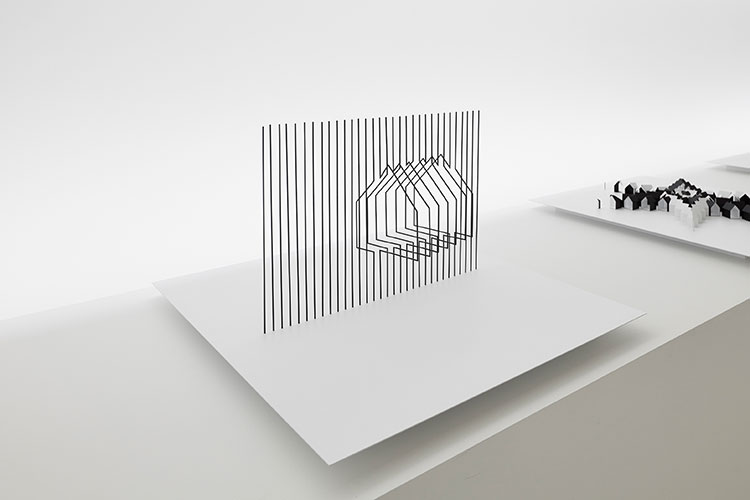 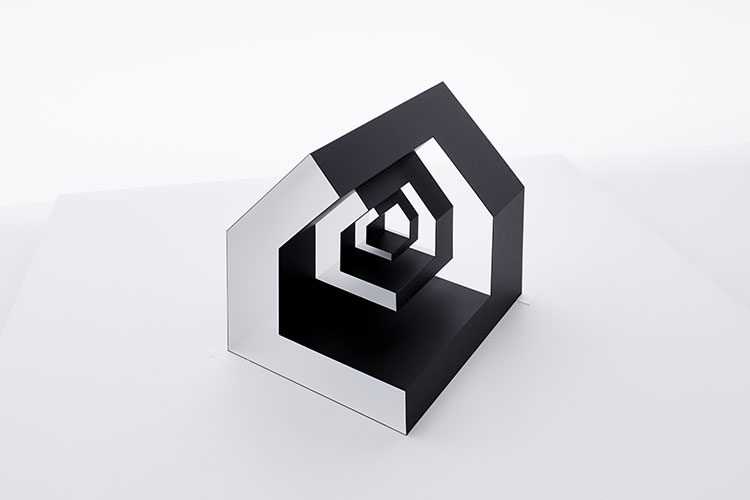 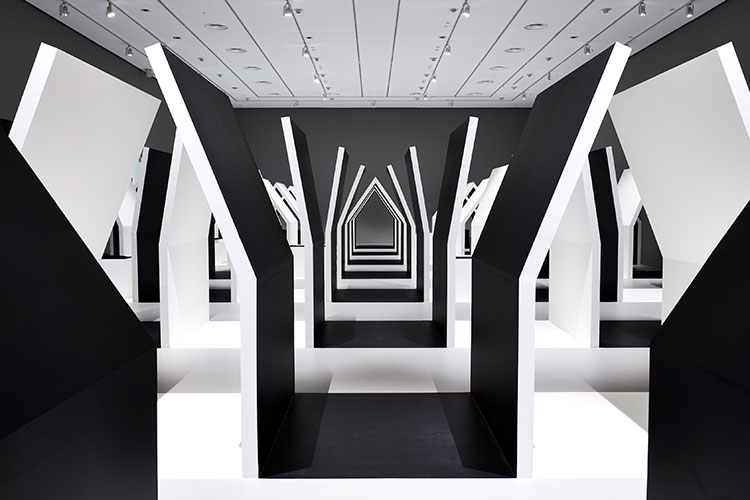 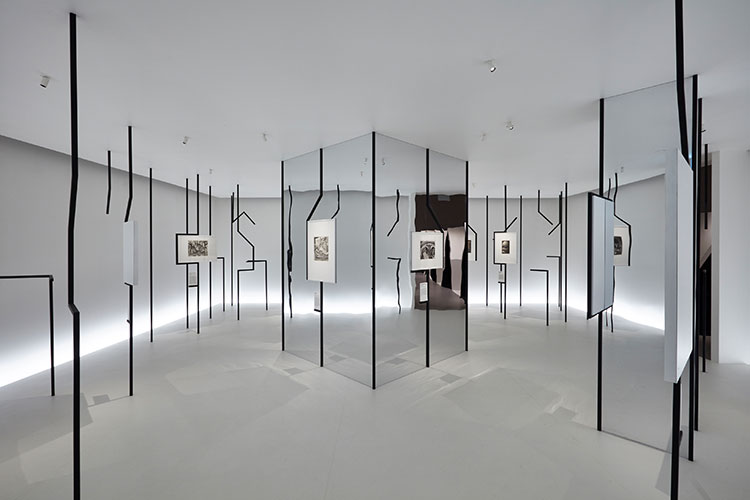 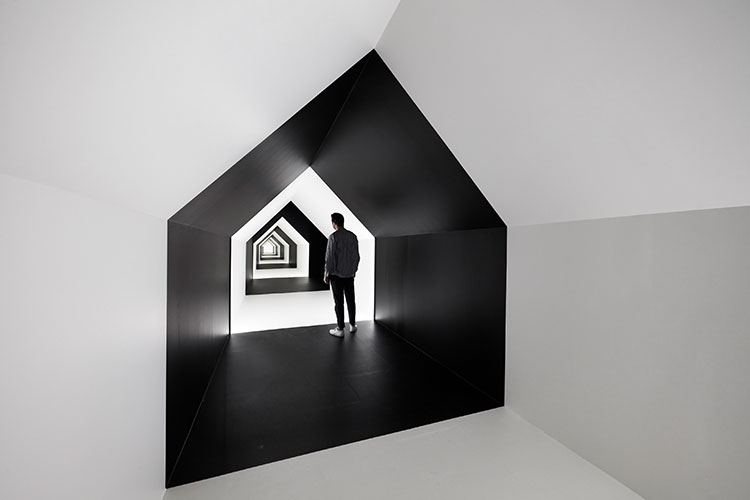 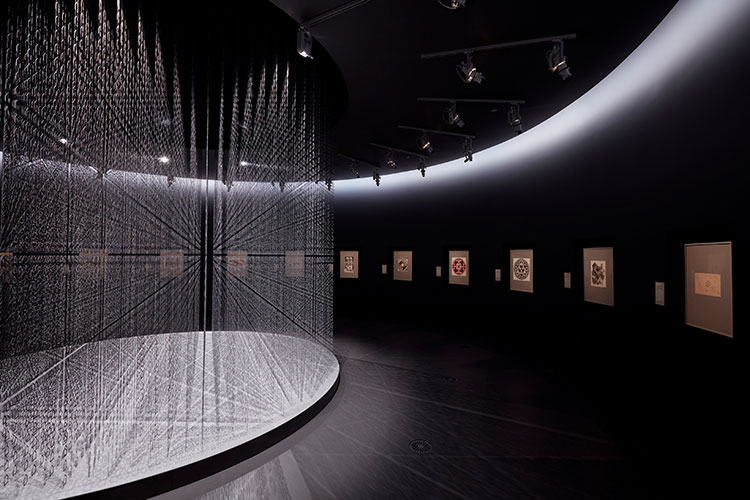 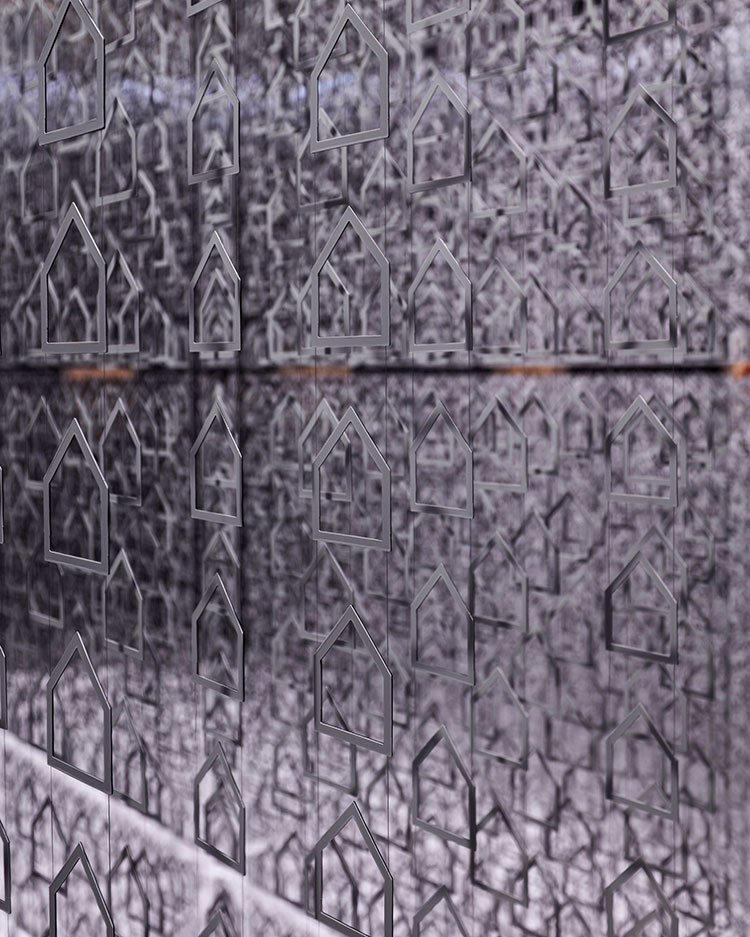 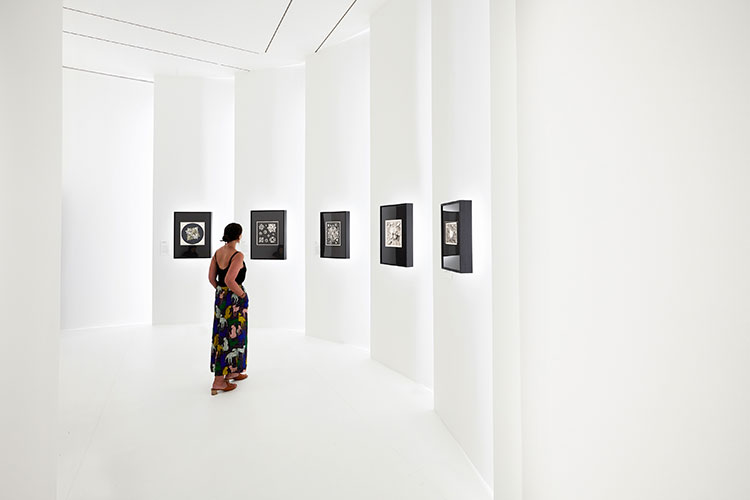 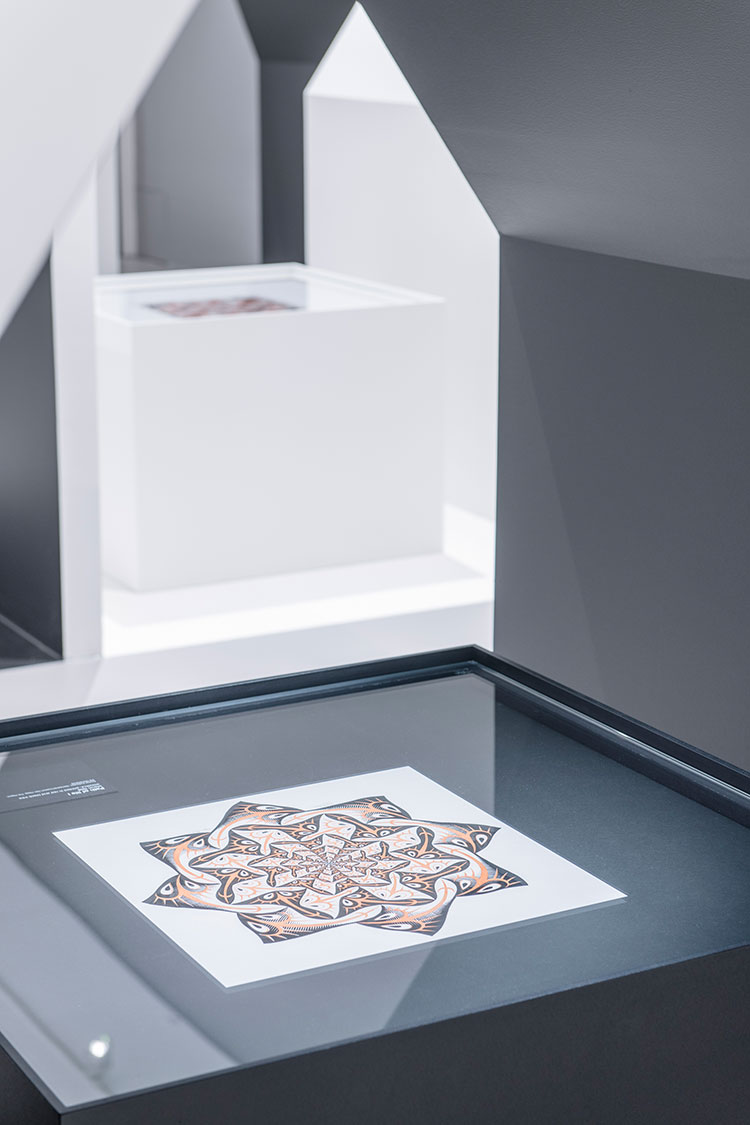 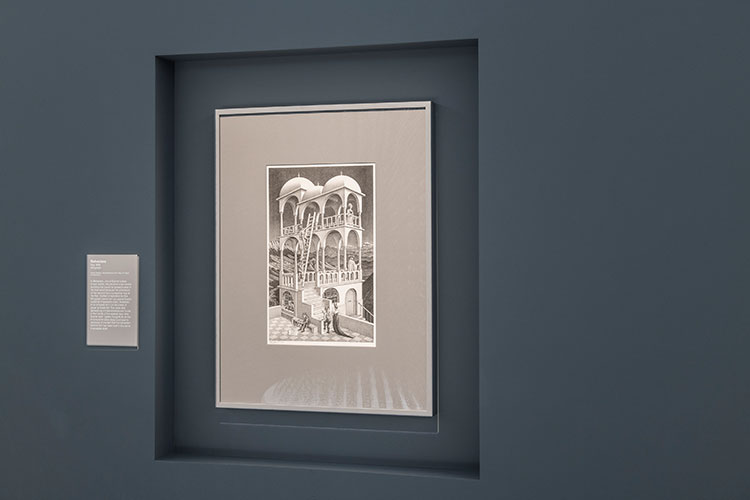 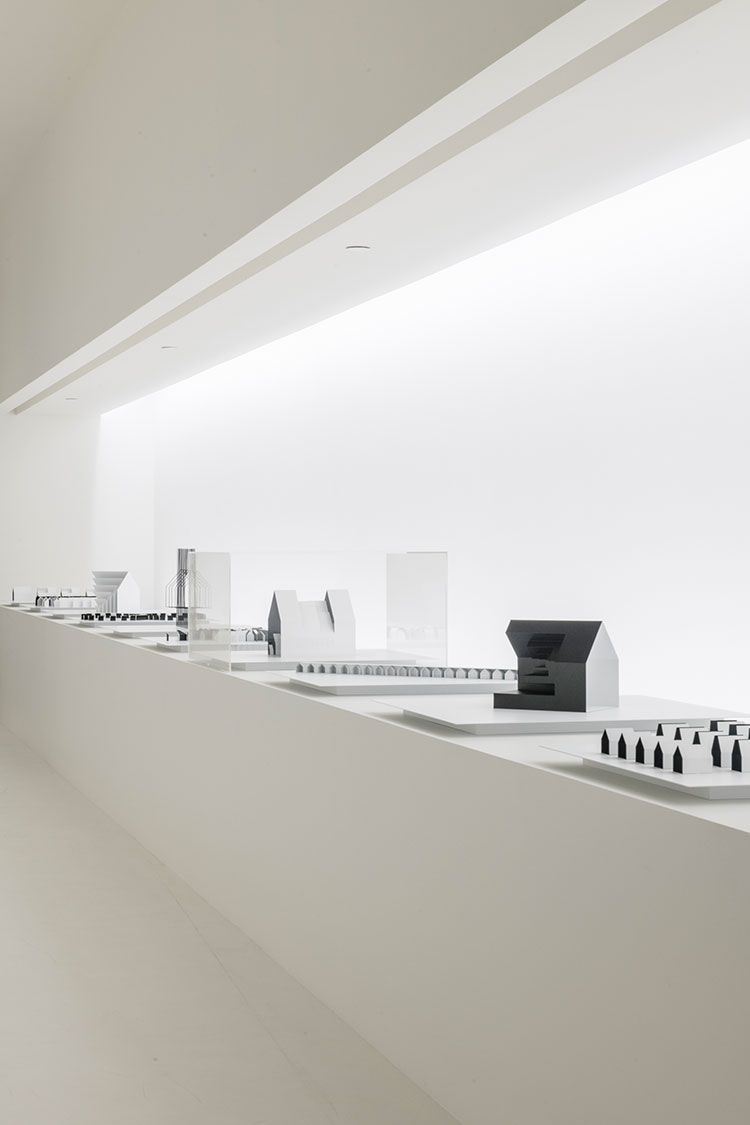 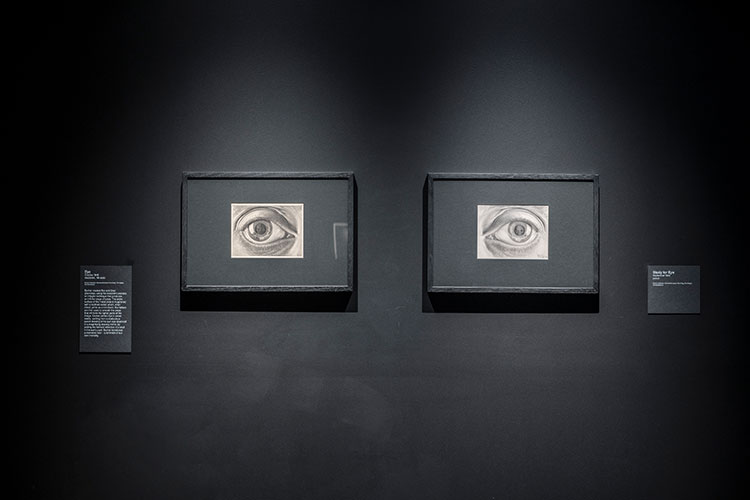 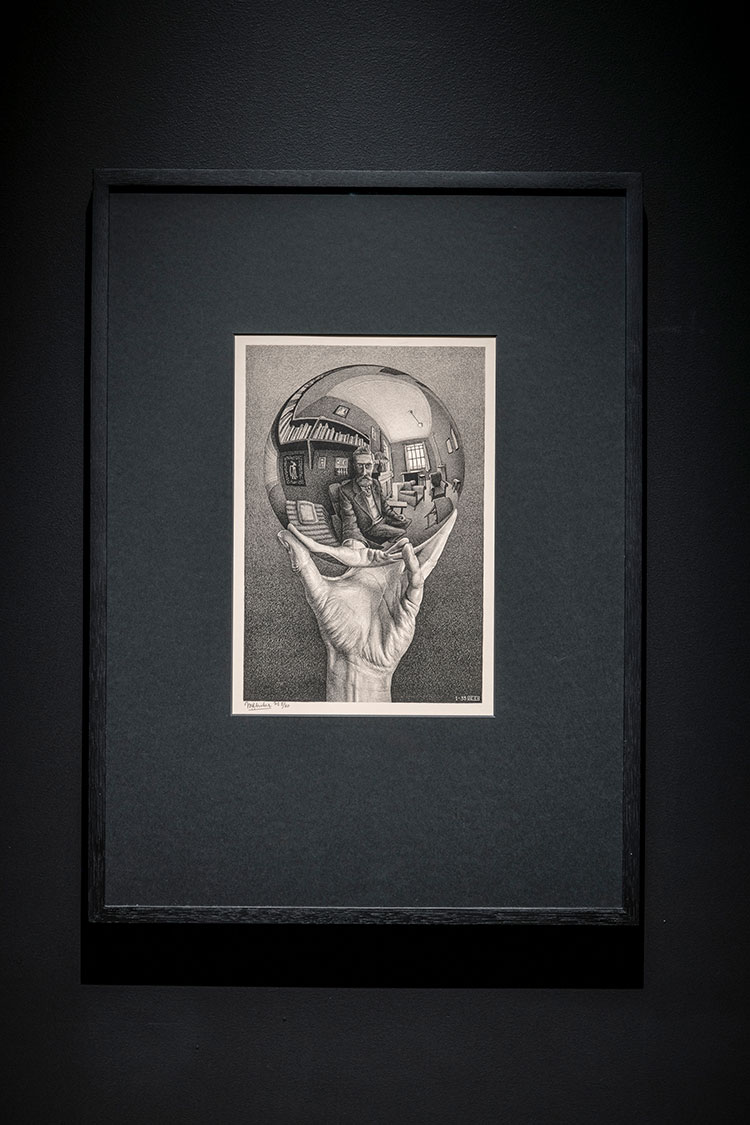 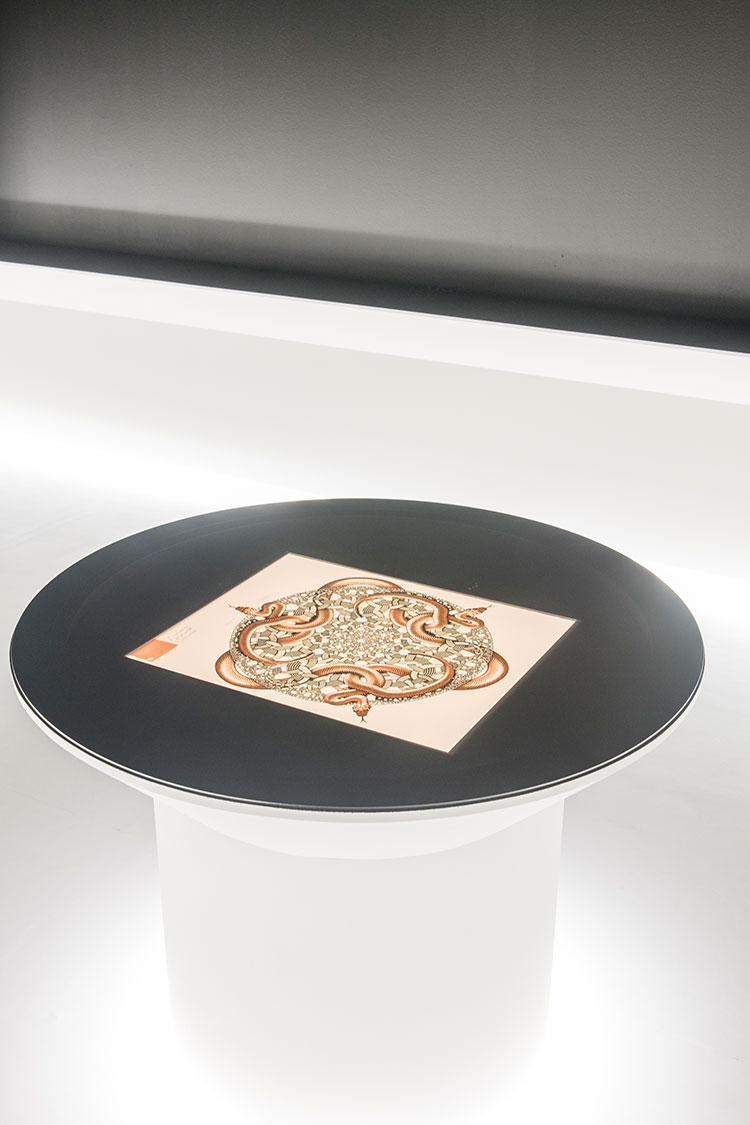