The photography scene of Orlando, Florida was given a welcome treat with the opening of a Duane Michals exhibit on the 8th of February. Similar to the buzz created after Julien Nonnon’s 2016 visit, there’s been a great deal of electricity generated in the wake of Michals’ pieces being exhibited. The scrawls of text of the pieces on show combined with the hauntingly hazy portraits to create that spark trademarked with Michals’ incredible photography. With the show soon to move on to New York, there’s no shortage of art-hungry Orlando locals scrambling to witness the exhibits for themselves.

The Orlando art scene is more than just budding: it’s explosive. Over 130,000 jobs and $4,700,000,000 were generated in the year of 2017 alone, to say nothing of the continuing trend that grows into this very day. Art decorates the town, with wall murals and more than one example of a beautiful photo collage created on the canvas of downtown buildings. The art often is made with a focus on diversity and acceptance, due to the incredible melting pot that the Central Florida community populace consists of.

With such an active art scene, it’s easy to see what brought Michals’ exhibit on a temporary stop. Moreover, the overwhelmingly supportive photography art scene was more than a bit excited to partake in the event of such a legendary artist. Michals’ focus on the self, the individual, and the haunting tone that so many of his photographs inhabit resonate with the resilient town. With a third annual memorial in place in memoriam of the 2016 Pulse shooting, the art scene continues to incorporate these same self-actualizing and individuality-promoting themes that Michals holds into art. 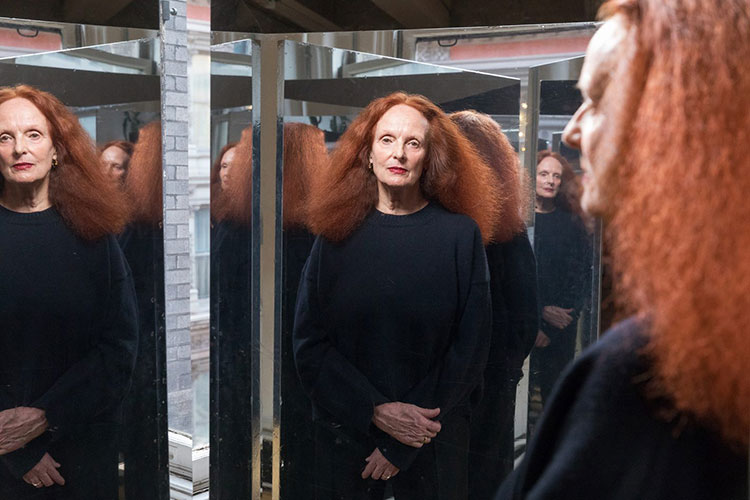 Off To New York

With Orlando done and dusted, Michals’ next stop is New York. The exhibit opens May 6th, and continues on until the 9th, giving New Yorkers plenty of time to experience the same ethereal beauty that the Floridians have been left in deep contemplation by. The exhibit will be hosted by the Palm Springs Photo Festival, which celebrates it’s 14th anniversary this year. Michals’ spot in this anniversary is undoubtedly one of honor.

The influences left by Michals’ portraits are palpable, seen consciously and self-consciously throughout American and International photography. One can’t help but wonder at the influences behind the captivating, often celebrity-centric photography. For Orlando’s natives – and soon New York’s as well – the greatest wonder is when the exhibit will be rolling back into town again.