Bjarke Ingels Group has officially inaugurated its giant maze at The National Building Museum in Washington. The 61×61 foot labyrinth, housed in the building’s grand atrium, will be open to visitors until September 1st, offering a glimpse into the upcoming BIG architects exhibition at the museum in early 2015. 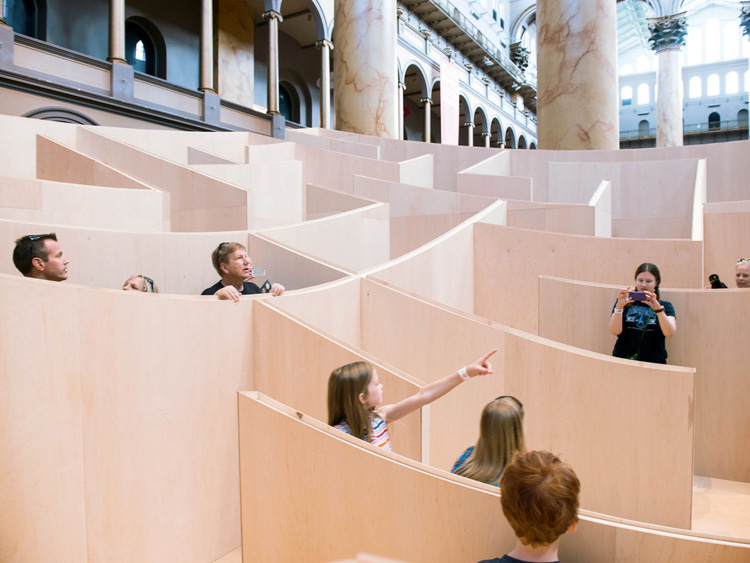 Inspired by ancient labyrinths, garden and hedge mazes of 17th and 18th-century Europe, and modern American corn mazes, this contemporary labyrinth has been installed in the West Court of the Museum’s historic Great Hall. In addition to viewing the maze from the ground floor, visitors will also be able to get an unexpected aerial perspective from the Museum’s second- and third-floor balconies. 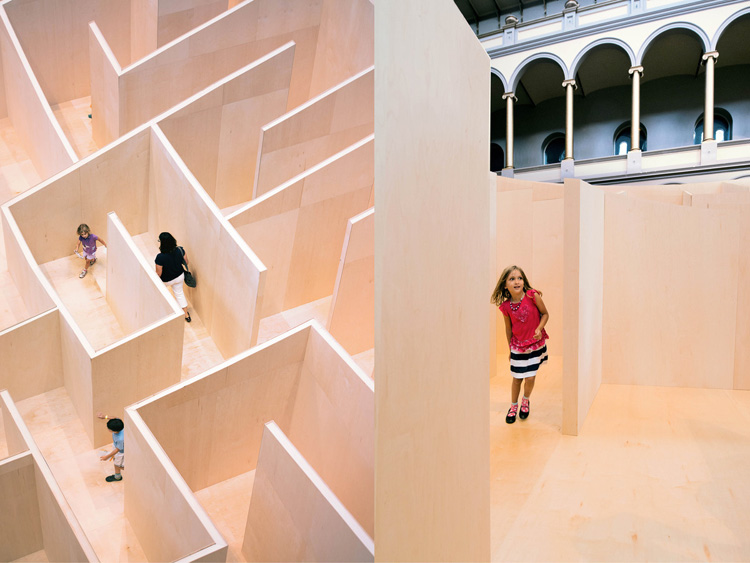 Bjarke Ingels said of his design: “The concept is simple: as you travel deeper into a maze, your path typically becomes more convoluted. What if we invert this scenario and create a maze that brings clarity and visual understanding upon reaching the heart of the labyrinth?” From outside, the maze’s cube-like form hides the final reveal behind its 18-foot-tall walls. On the inside, the walls slowly descend towards the center which concludes with a grand reveal—a 360 degree understanding of your path in and how to get out. 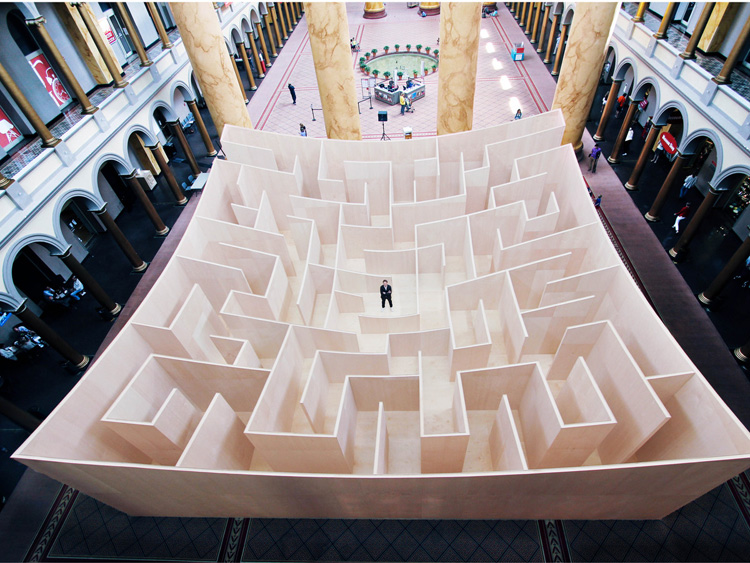 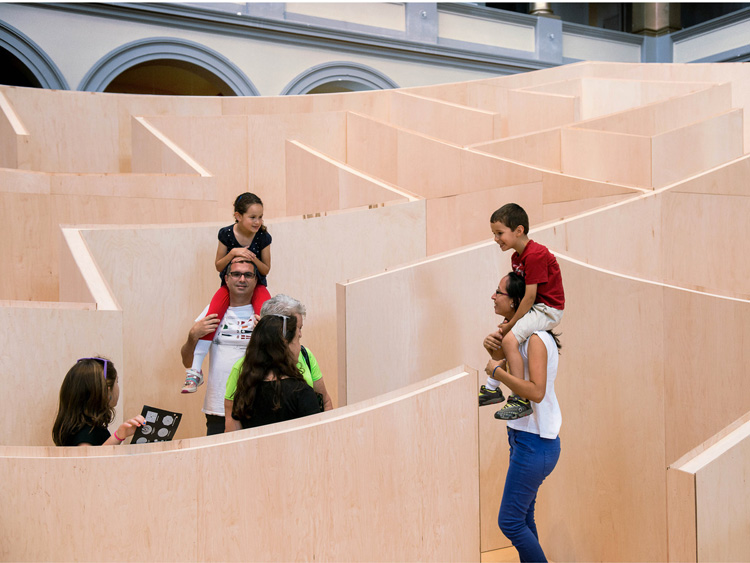