John Pawson and OMA have completed the London’s new Design Museum, which is set to open this week. Dutch architecture practice OMA worked with London firm Allies and Morrison, and Arup engineers to restore the shell of the 1960s Grade II*-listed building on Kensington High Street, in west London – including its distinctive copper-covered, hyperbolic paraboloid roof.

Remodeling the interior, John Pawson has created a series of calm, atmospheric spaces ordered around an oak-lined atrium, incorporating key elements from the original structure. The project has seen some of the world’s leading designers, manufacturers and patrons come together to create a new global hub for contemporary design. 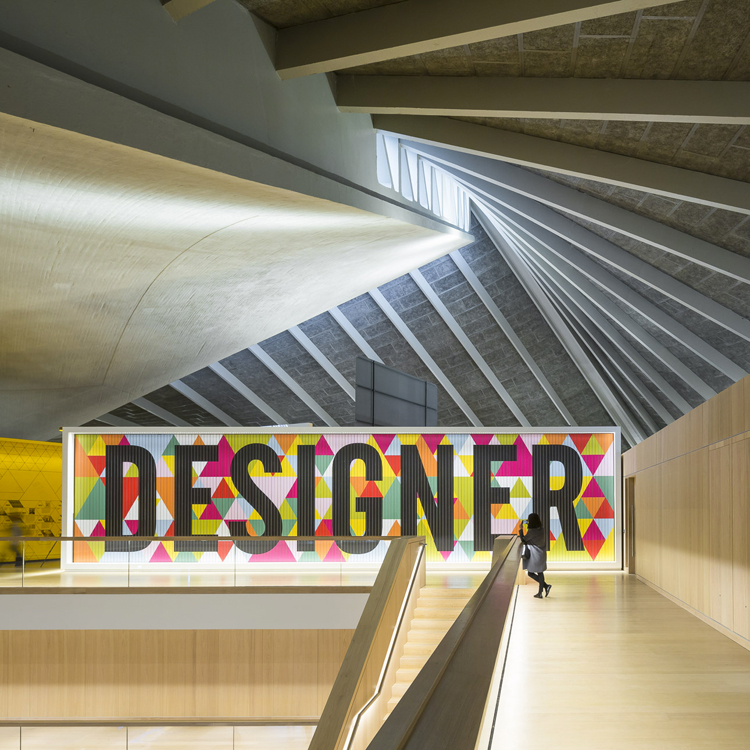 With architectural and structural expertise from OMA, Allies and Morrison and Arup, a permanent collection display designed by Studio Myerscough, a restaurant and members’ room by Universal Design Studio, a Centre for Learning made possible by the Swarovski Foundation, flooring by Dinesen, furniture by Vitra, shelving by Vitsoe, lighting by Concord, a visual identity by Studio Fernando Gutierrez and way-finding by Cartlidge Levene, the new Design Museum is an outstanding example of interdisciplinary collaboration.

“This project is important not just for the museum but for the investment in the creative future that it represents,” explains Deyan Sudjic, director of the Design Museum. “The Design Museum sees design as borderless, international in scope and a vital means of understanding the world around us.” 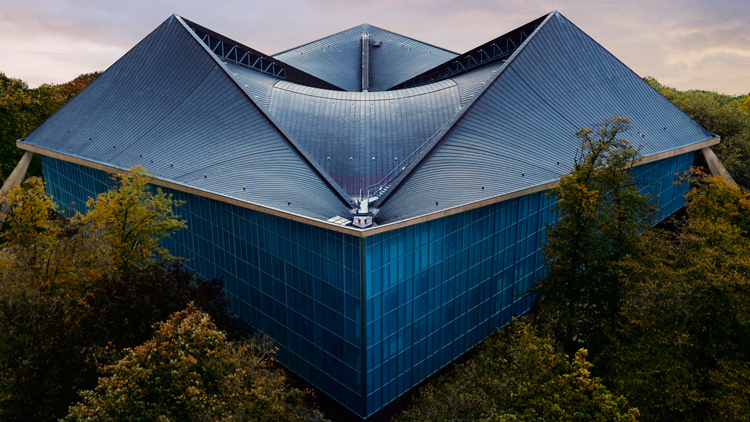 The complex renovation of the museum saw OMA led by Reinier de Graaf, Allies and Morrison, Arup and John Pawson work together to bring this landmark of post-war British architecture back into use. Using radical engineering techniques, the original concrete floors were removed – a process that entailed propping the roof on a temporary steel structure 20 metres above the ground. The original façade has been replaced with a double glazed skin, significantly improving insulation standards and allowing daylight into the interior. The new exterior has been meticulously detailed to resemble the original blue skin of the building, with matching mullions and a fritted pattern of printed dots. A new public plaza complete with fountains has been installed at the entrance to the museum, within a landscape designed by West 8. 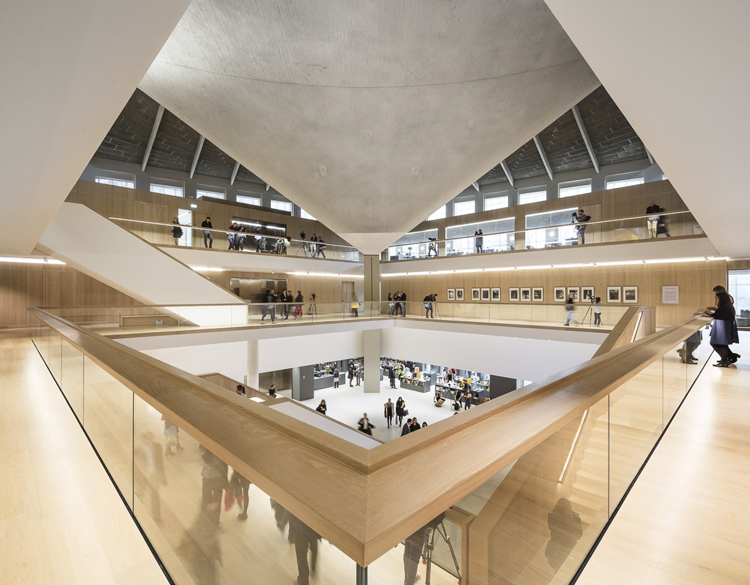 The building has two temporary galleries, one on the ground floor, the other on the museum’s lower level. Both featuring double-height spaces and textured concrete columns, these galleries will display up to seven temporary exhibitions per year. The double-height basement also features a dedicated museum collection store with a glass window, allowing visitors a behind-the-scenes glimpse of pieces not on display. The 200-seat Bakala Auditorium completes the basement and allows the museum to expand its public programme and evening talks.

The main attraction on the museum’s top floor is the new permanent collection display, “Designer Maker User”. For the first time in the museum’s history, this exhibition will be free to visit. It will display almost 1000 objects, viewed from the perspectives of designer, manufacturer and user, as well as a crowd-sourced wall. 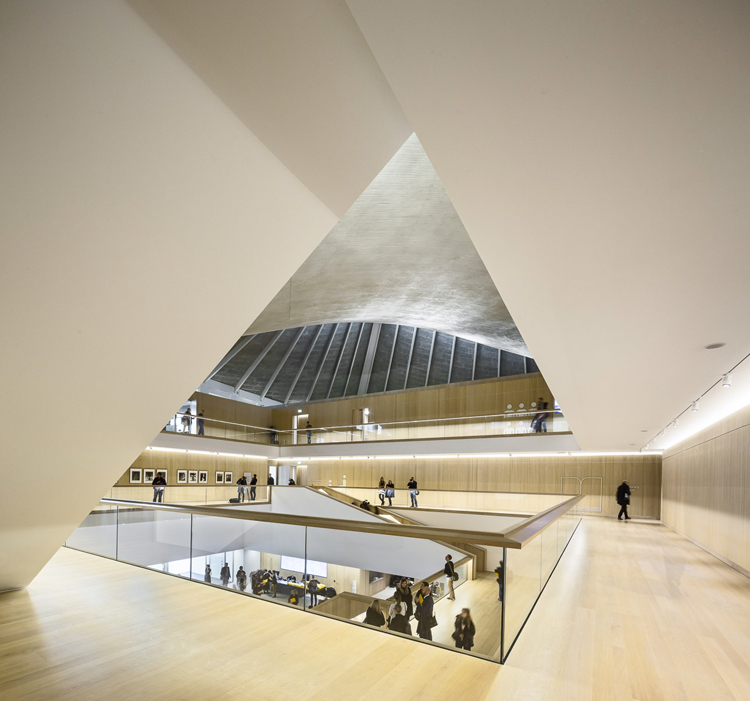 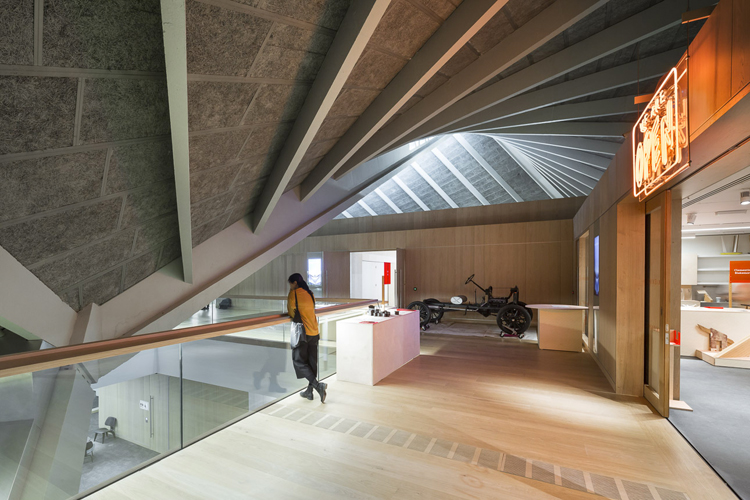 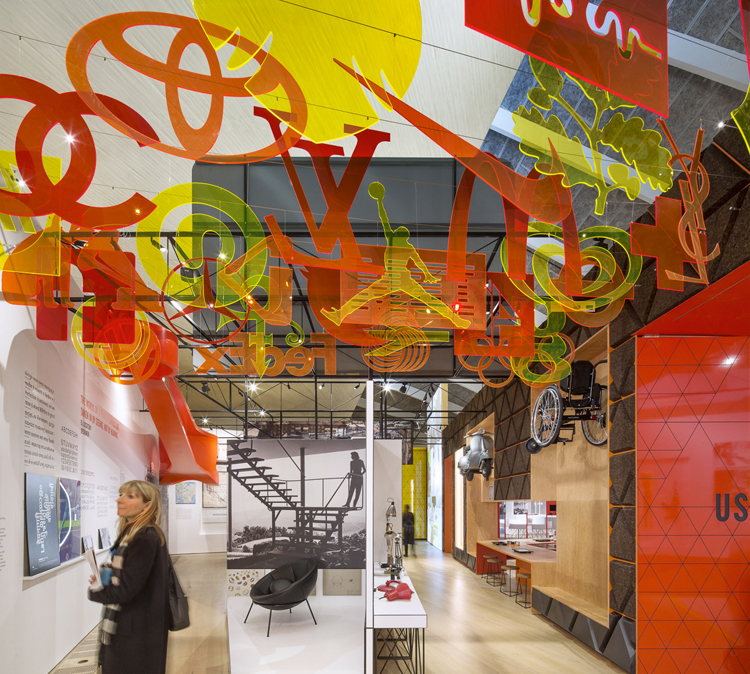 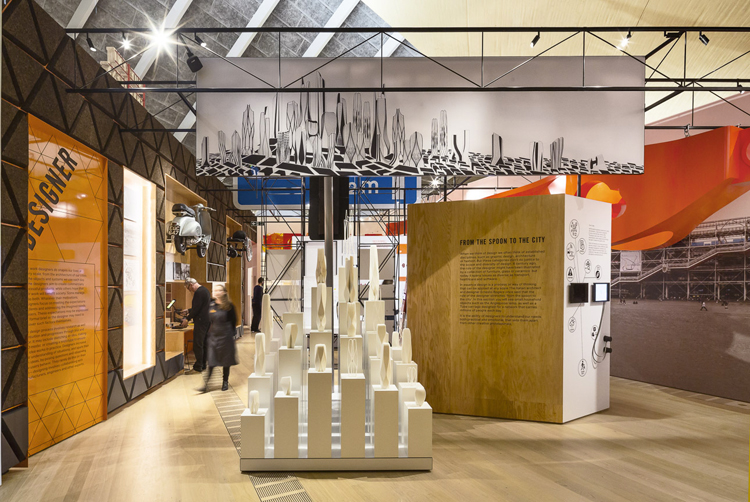 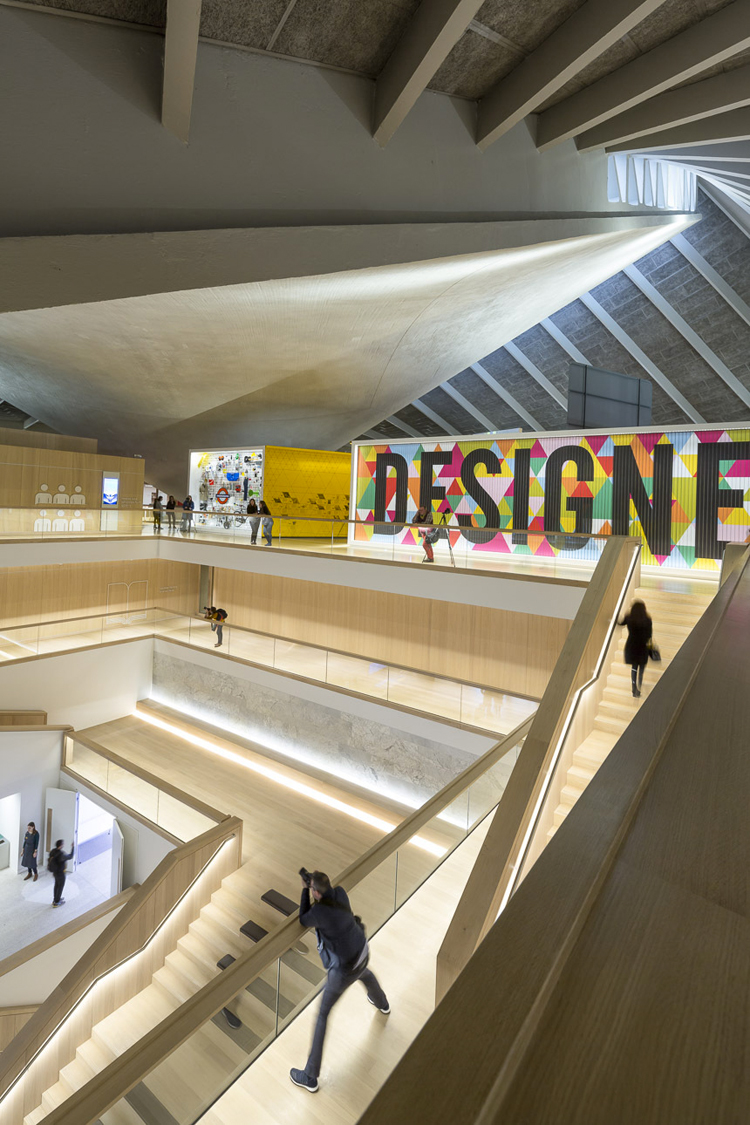 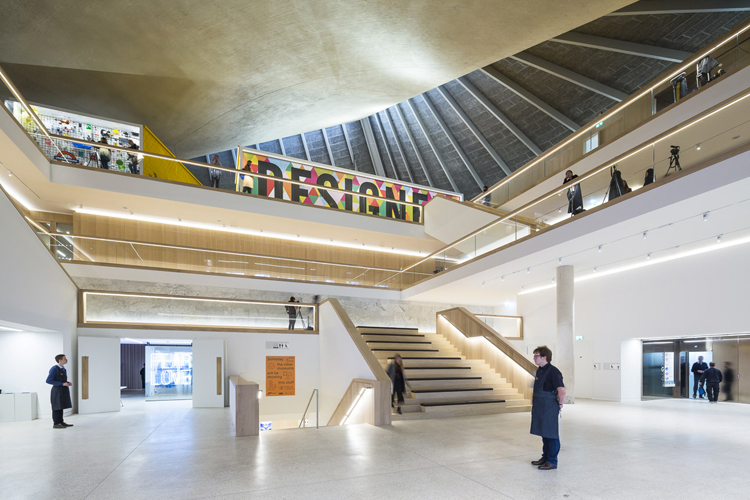 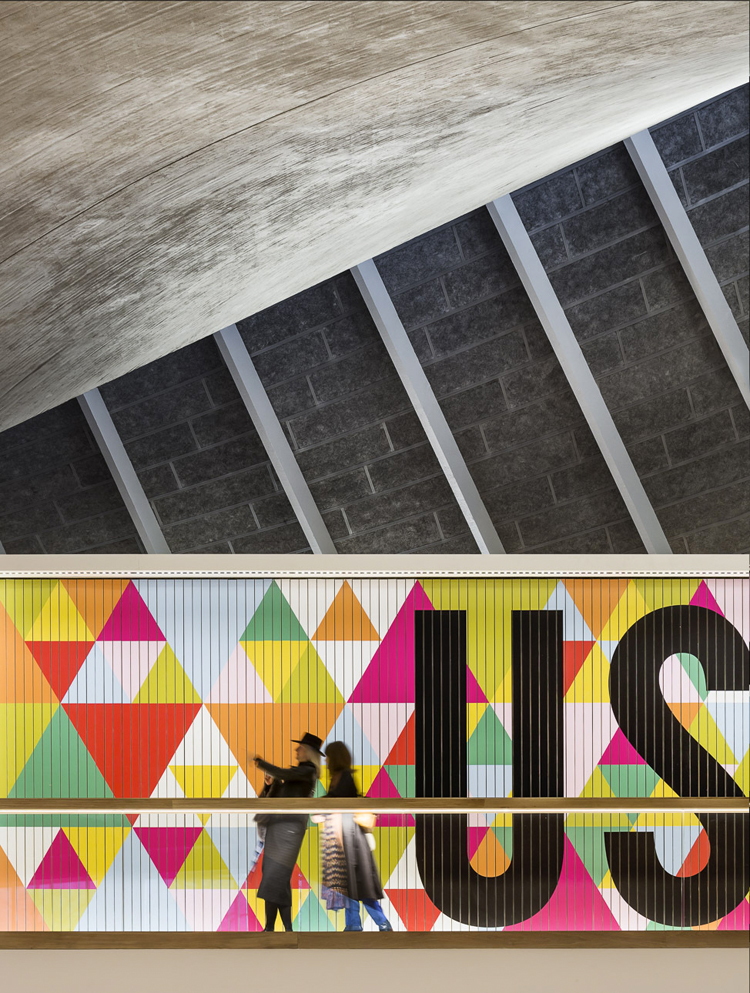 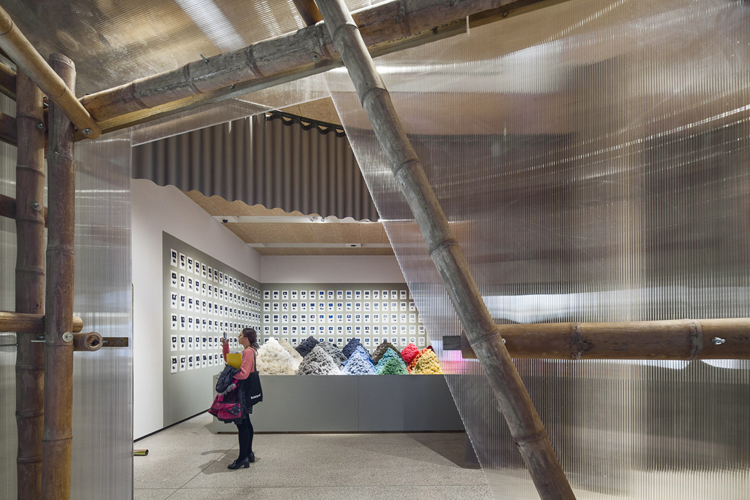 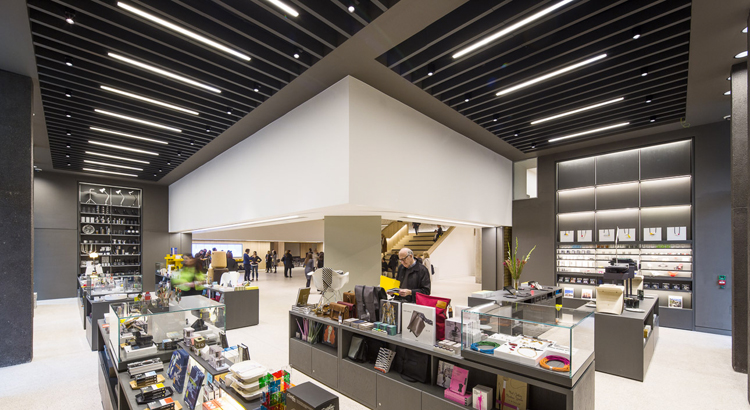 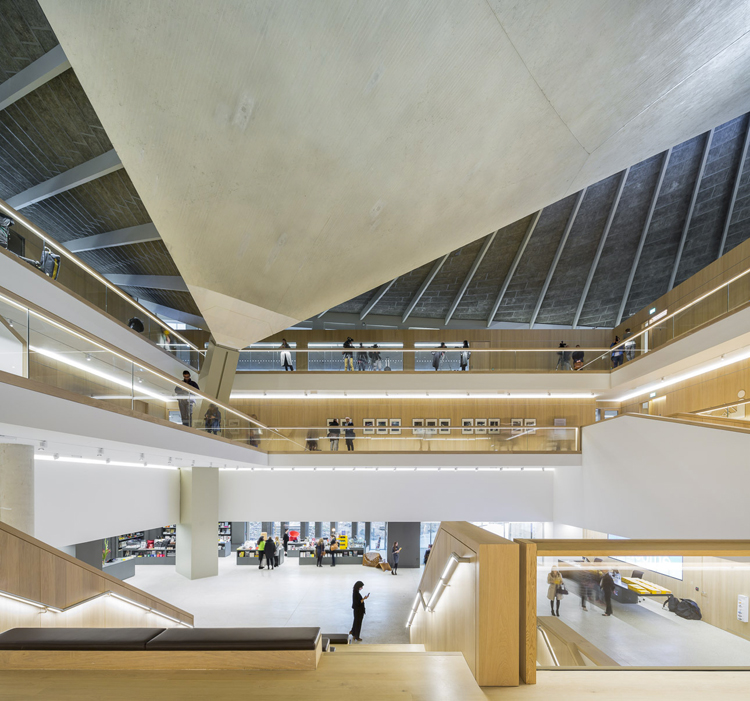 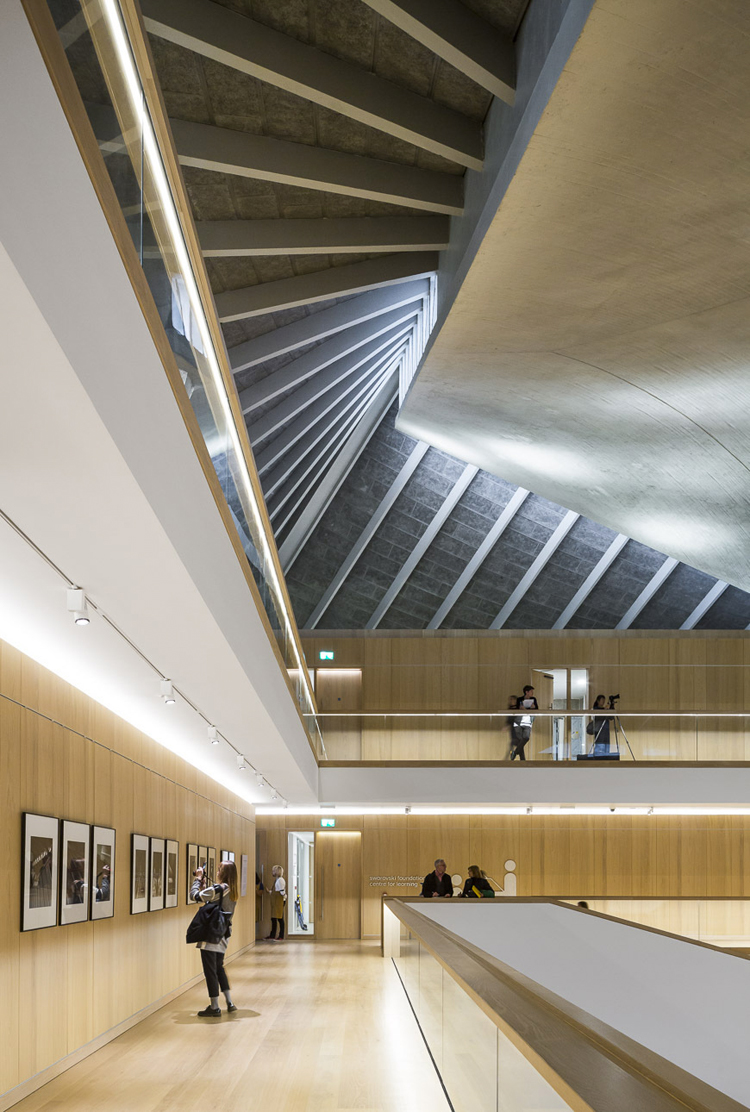 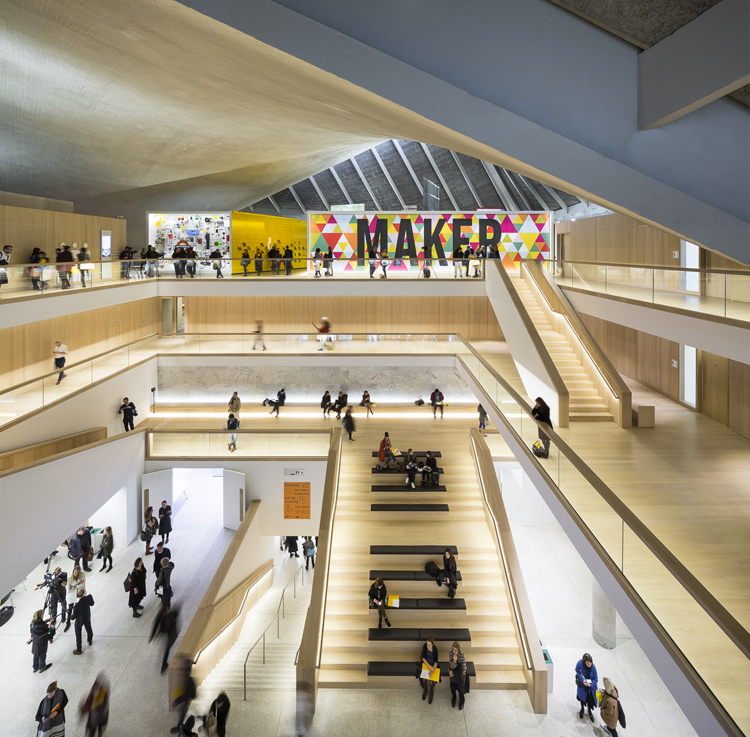 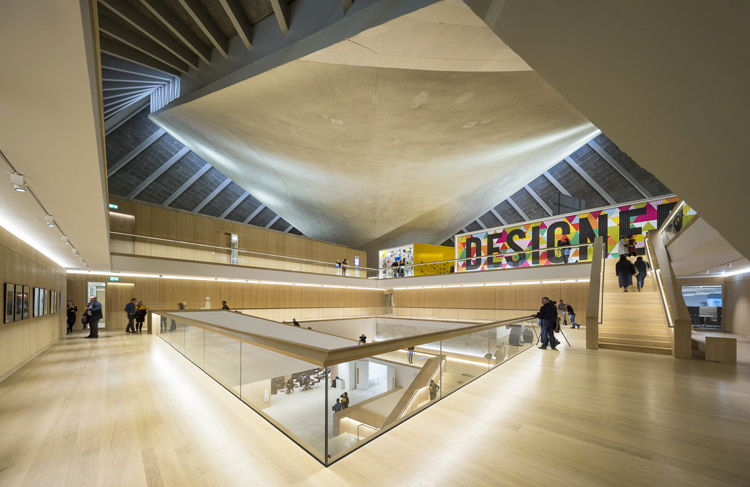 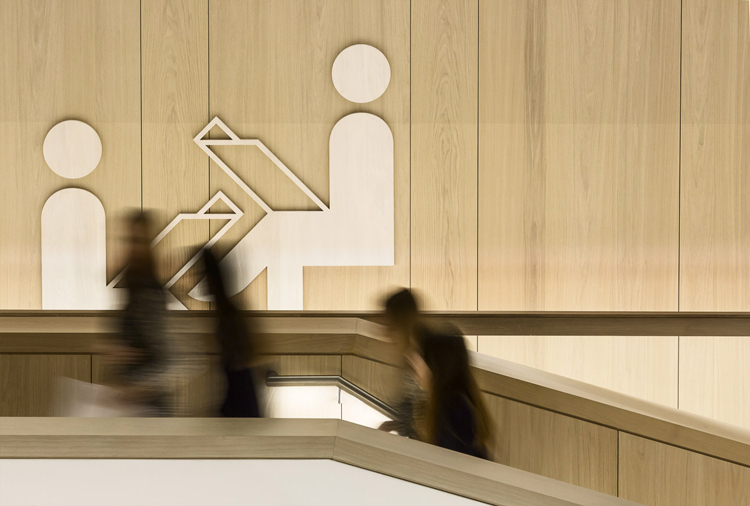 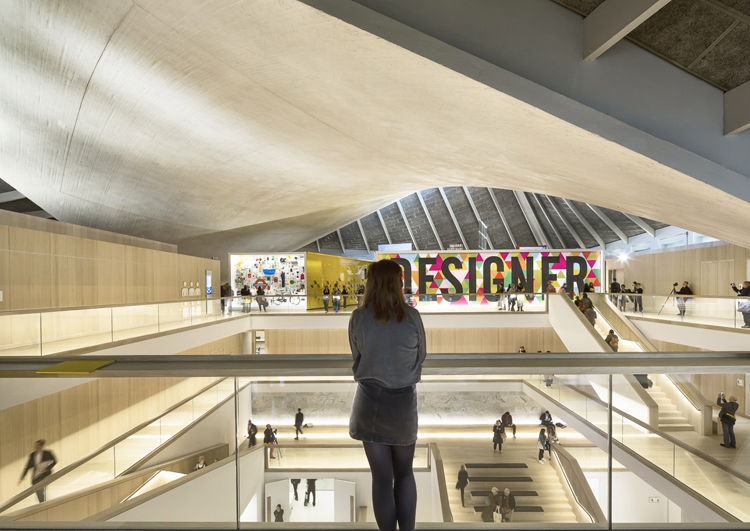 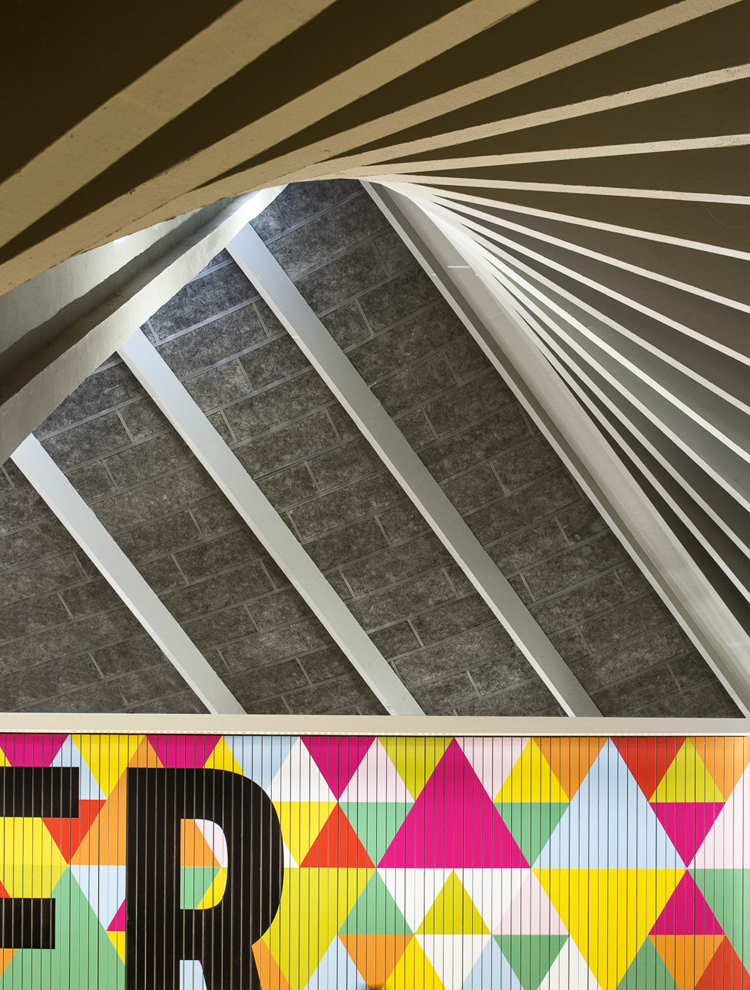 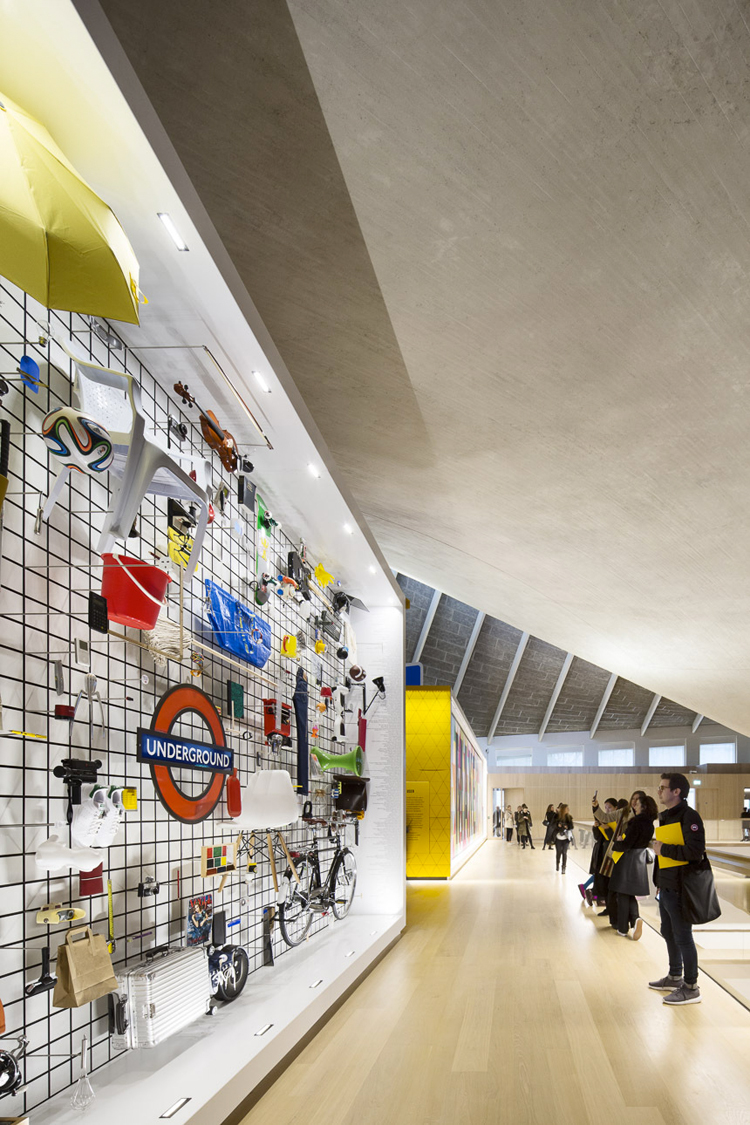 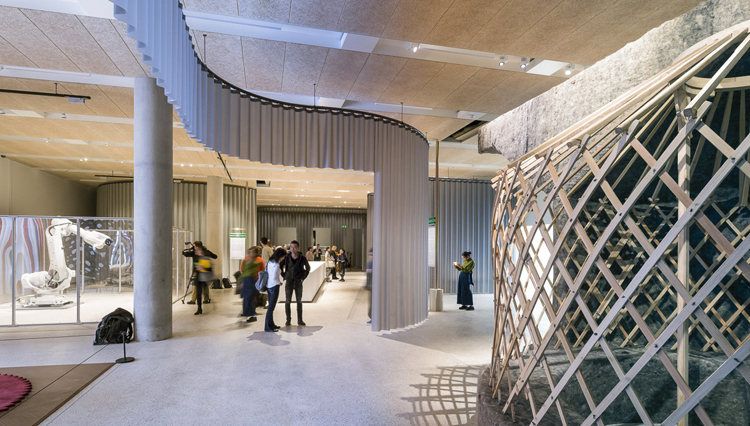 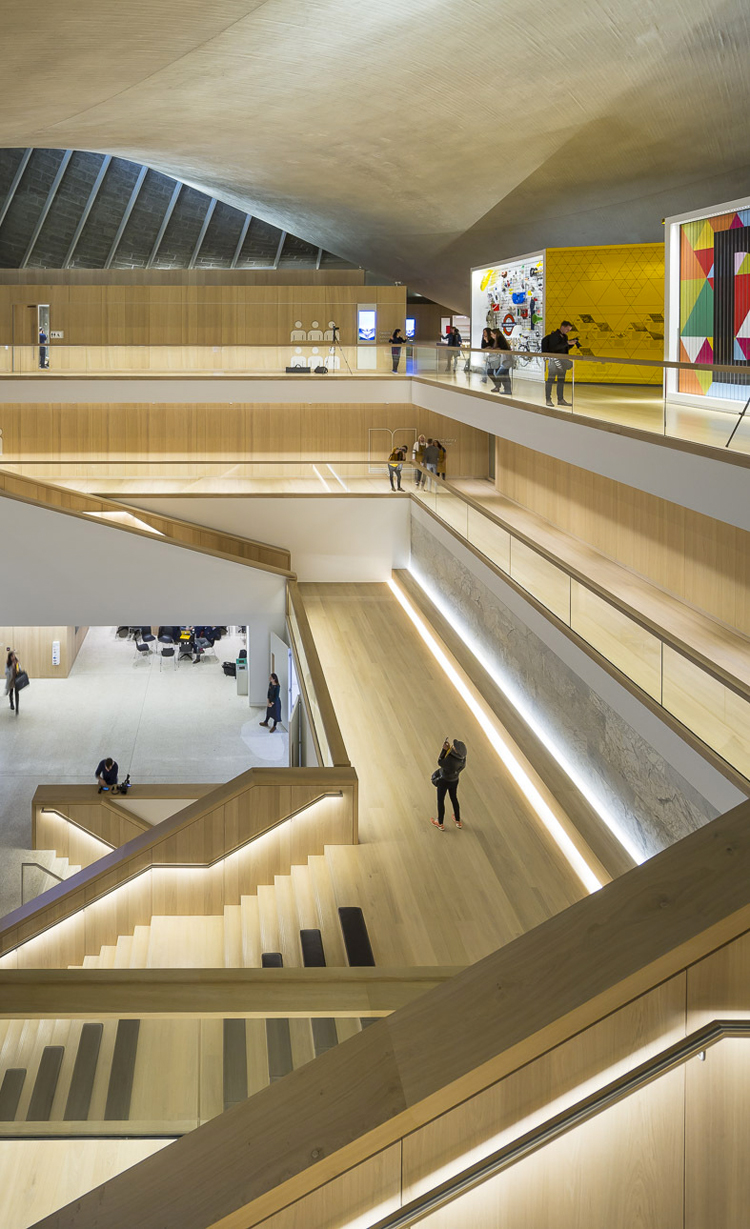