Sid Lee Architecture has recently completed the renovation project of The Queen Elizabeth Hotel — Canada’s largest hotel east of Toronto. The hotel pays tribute to its past by providing an inspiring space and new programming in tune with its quintessential Montreal character. Fairmont The Queen Elizabeth is opening itself to the city, making the most of its spectacular views, and providing living and working spaces that will encourage local and international clients to make it their own.

“We designed the renewed hotel experience with a very holistic vision. The hotel literally opens onto the city to welcome local people. More generally, it reasserts itself as an urban hub serving local and international clienteles. It’s a third space where people can go every day to do business, attend events or enjoy some downtime,” explains architect Jean Pelland, Senior Partner of Sid Lee Architecture. 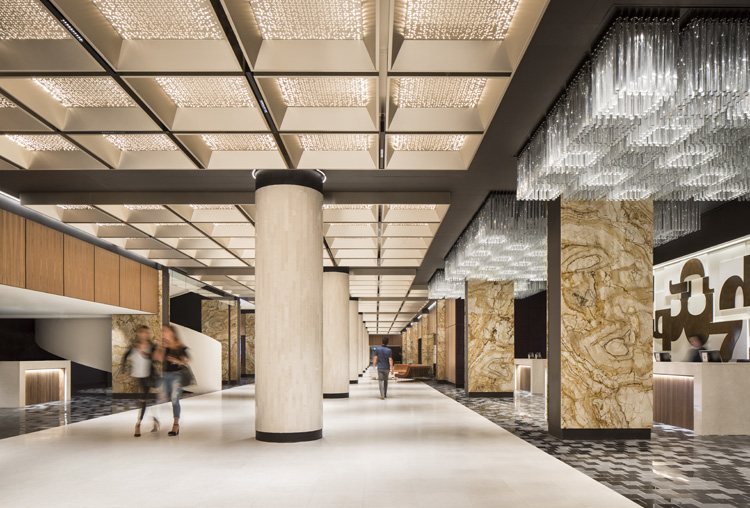 When it opened in 1958, The Queen Elizabeth hotel was one of the world’s great modern hotels, and it remains Canada’s largest hotel east of Toronto. Fairmont The Queen Elizabeth hotel embodies the mid-century vision of the perfect hotel: a grand international-style building built at the heart of the key infrastructure projects of the day, a beacon of modernity lighting the way to downtown Montreal’s future. At the time, the hotel’s original brand (Hilton) was still closely linked to passenger rail, specifically the Canadian National Railway. In the 1960s, the hotel’s restaurants and lounges, such as the Beaver Club, attracted international politicians and businesspeople. Legendary musicians like Oscar Peterson performed there, and the hotel hosted an impressive list of prestigious parties, balls and events attended by heads of state, royalty and captains of industry. 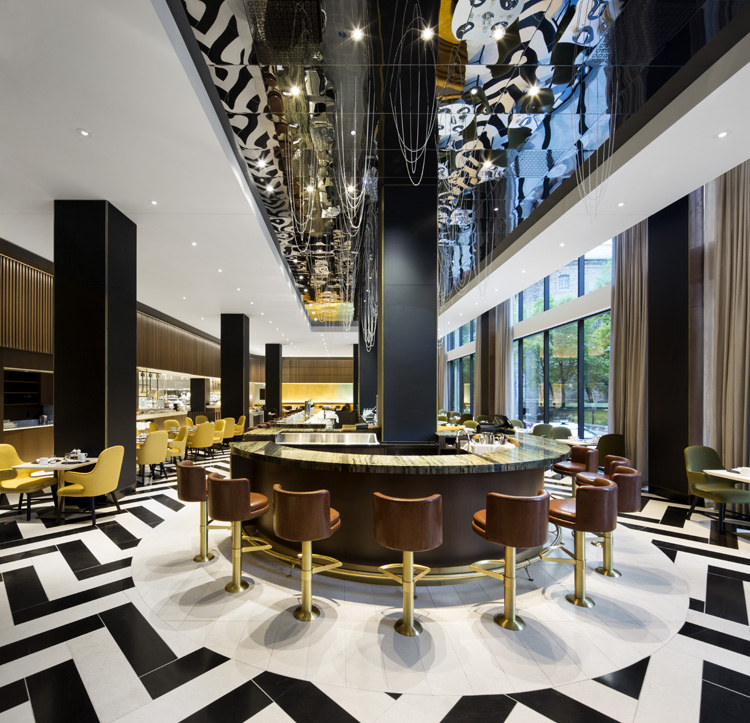 The transformation of the hotel’s common areas started with the creation of several new entrances, the opening of kitchen areas and patios, the enhancement the vertical connections through new sculptural stairways, and the creation of ample new natural light sources for the interior.

True to its original design, the Grand Hall has become a public street inviting Montrealers and visitors to explore The Queen Elizabeth hotel’s new spaces. The hotel’s commercial services line the ground floor and are open to the street, becoming part of the city’s lively downtown vibe. Its spaces riff freely on the aesthetics of the 60s, with a material expression unique to the hotel’s brand. 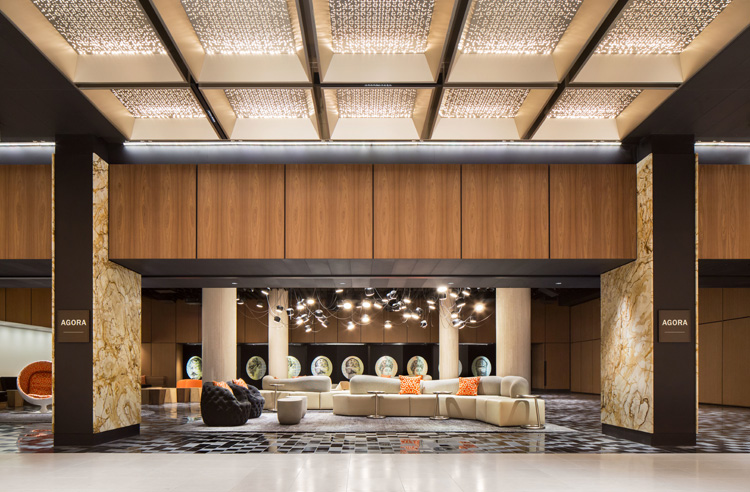 The Agora is a new type of space for the hotel. This prototypical indoor public place will host major festive events that showcase and define Montreal on the world stage. Its design is a vision of the future that pays tribute to the futurism of its time.  The Agora’s design is based on daring, eclectic juxtapositions of small, inviting, modular spaces. 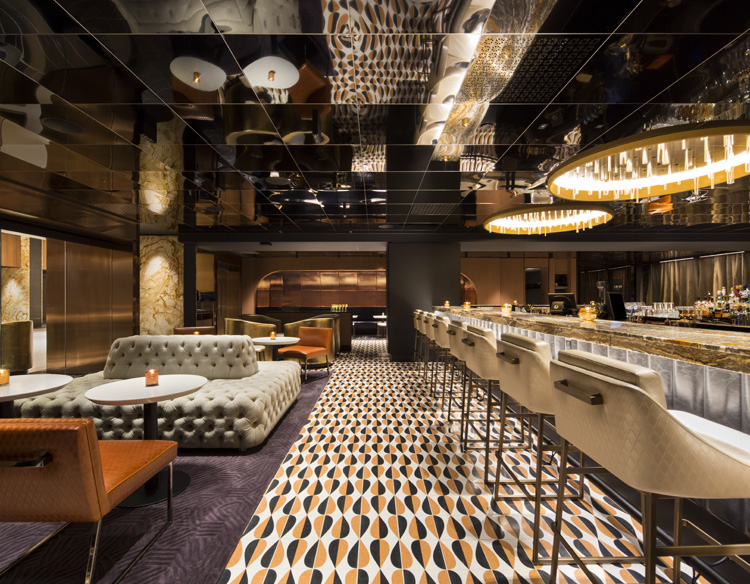 Marché Artisans, slated to open in the fall of 2017, was developed in collaboration with Peter Chase (BPC New York). The market’s program is aimed at opening the doors of the hotel’s fabled kitchen, led by executive chef Baptiste Peupion and market chef Jean-Philippe Desjardins. The unique design will allow the public to explore the kitchen’s production areas and watch the chefs going about their daily activities. The design is inspired by the allegories illustrated on the original Beaver Club window, created by Marius Plamondon, reinterpreting traditional North American cuisines. 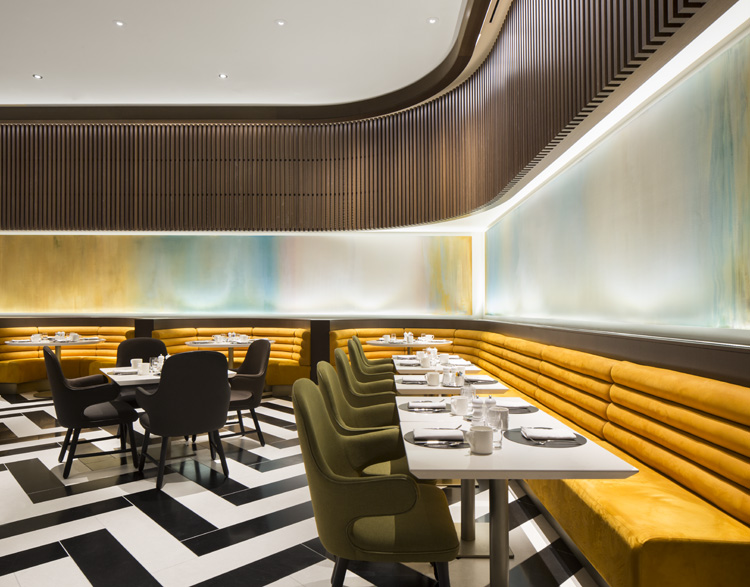 Rosélys Restaurant is a chic and inviting modern bistro. With its blend of Parisian elegance and English flair, the restaurant is pragmatic yet sophisticated. The design is balanced between masculine and feminine features, with a crisp, balanced geometry based on chevron and curve patterns. The original façade and ceiling were opened up to provide a superb view of Mary Queen of the World Basilica and give grandeur and presence to the large central island and its overhanging glass threads. 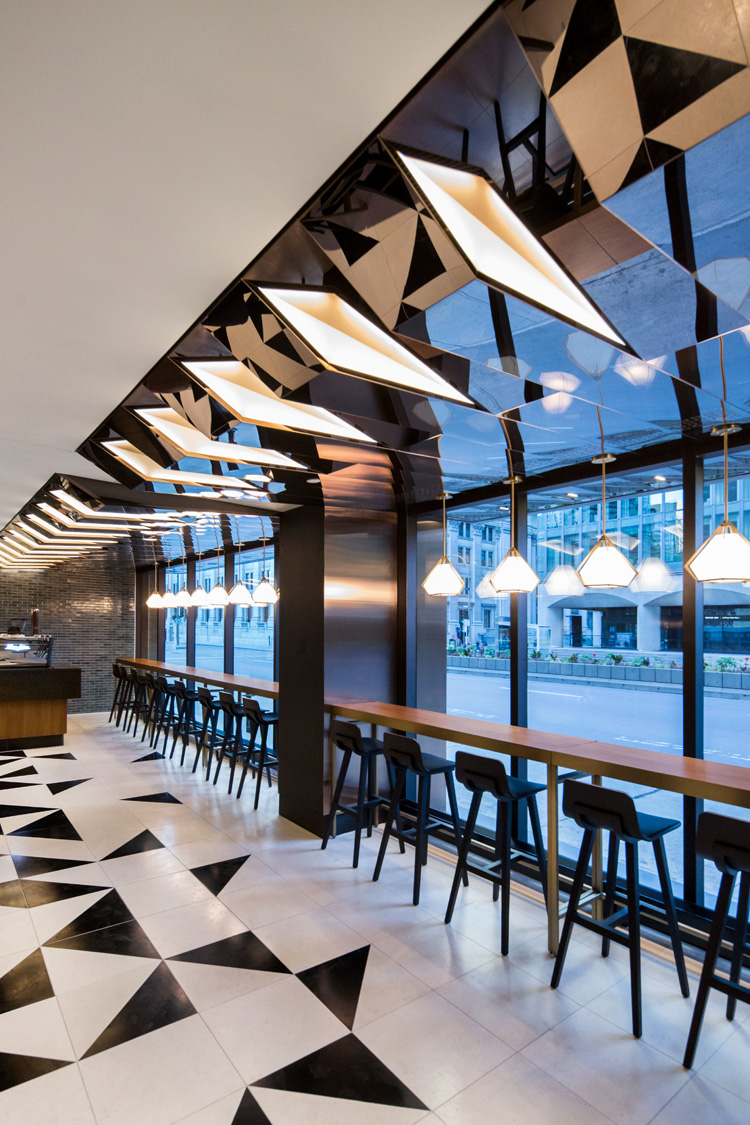 Nacarat Bar boasts unique views of the streets of Montreal and the Place Ville Marie Esplanade. The large picture windows and the patio face René-Lévesque Blvd., showcasing the new space’s vocation. The original low ceilings inspired the bar’s strongly horizontal, multi-zoned layout. In the centre is a massive bar, where the establishment’s expert mixologists can always be seen in action. The bar has a unique identity inspired by mid-century design language and featuring an exciting marriage of styles such as glam rock, pop and British pub culture. 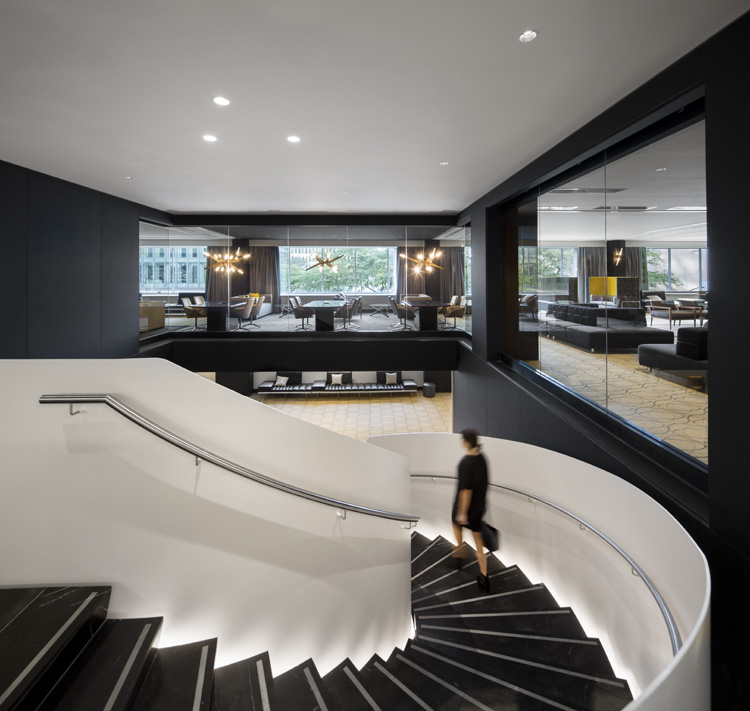 The conference facilities are located on the second floor, where the façade and the workspaces have been opened up. There are now spectacular views of Mount Royal and the interior is flooded with natural light. The third floor is home to an ultra-modern business campus with several thematic meeting rooms. It also takes advantage of existing volumes to create an outdoor balcony overlooking the Place Ville Marie Esplanade. 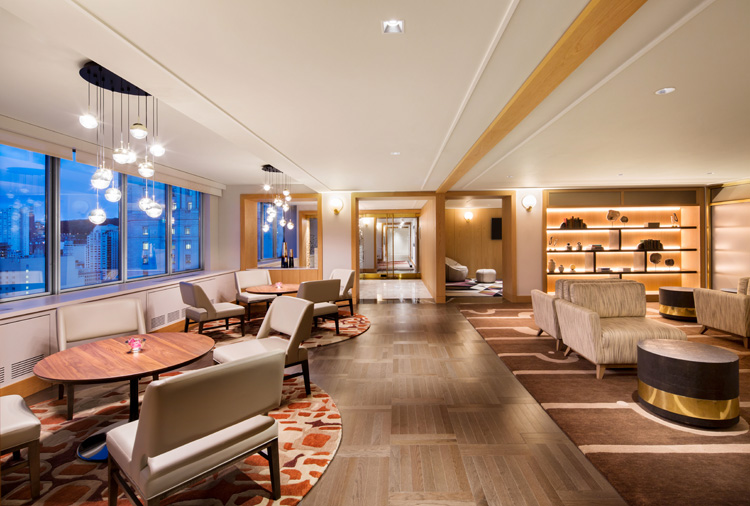 The Fairmont and Fairmont Gold rooms were designed by Design360 of Los Angeles in collaboration with Fairmont Hotels and Sid Lee Architecture. The Ville-Marie Royal Suite, the John Lennon & Yoko Ono Suite – site of the Bed-In For Peace – and the Fairmont Gold Lounge were designed by Sid Lee Architecture. To underscore the hotel’s modernist heritage, the design takes its cues from styles and patterns seen in 60s fashion.

The Fairmont Gold experience has also been enhanced. Guests can now enjoy exclusive spaces on the 21st floor, the former site of the famous Panorama cocktail lounge, complete with spectacular skyline views. The space is designed as a series of lounges, each with its own particular ambiance. 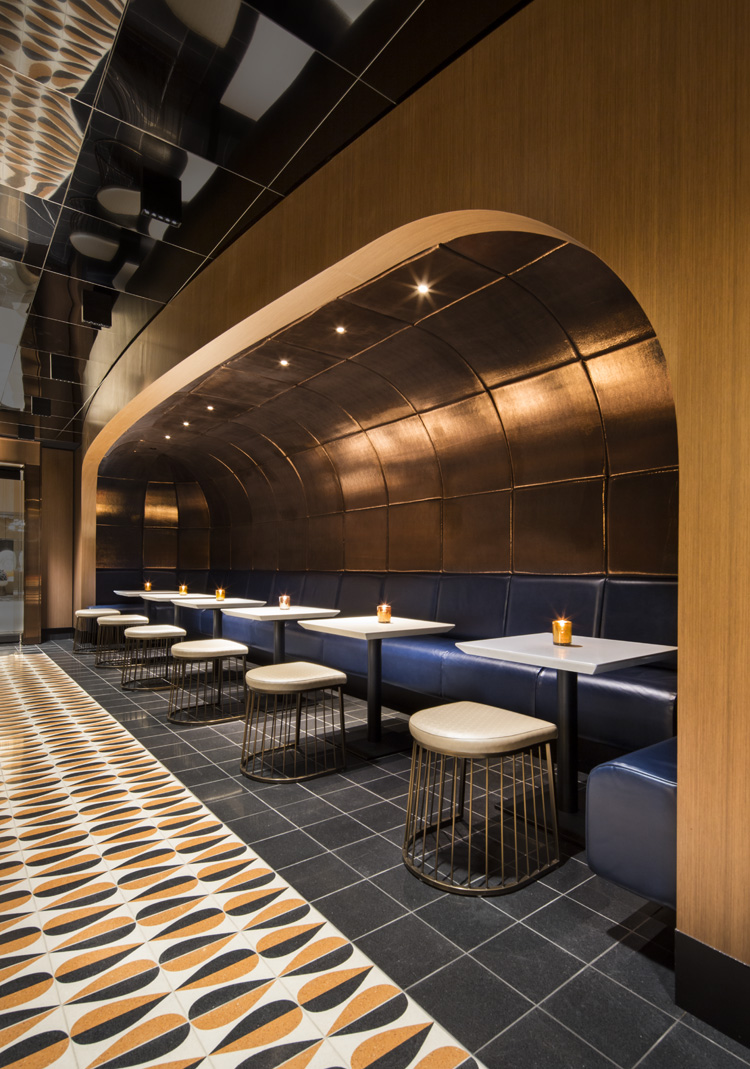 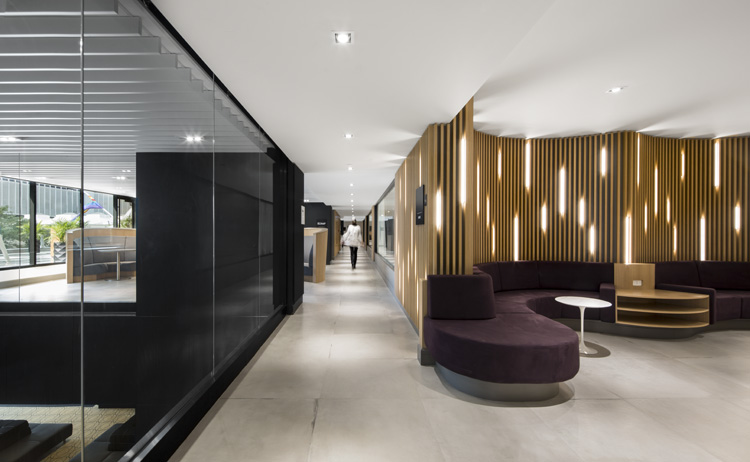 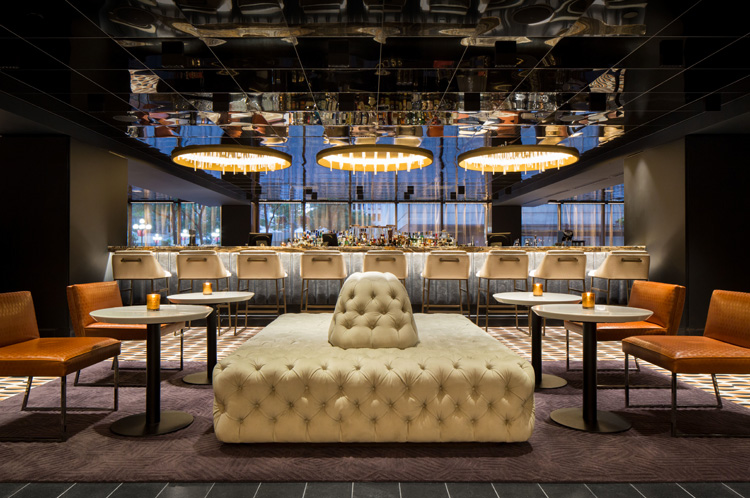 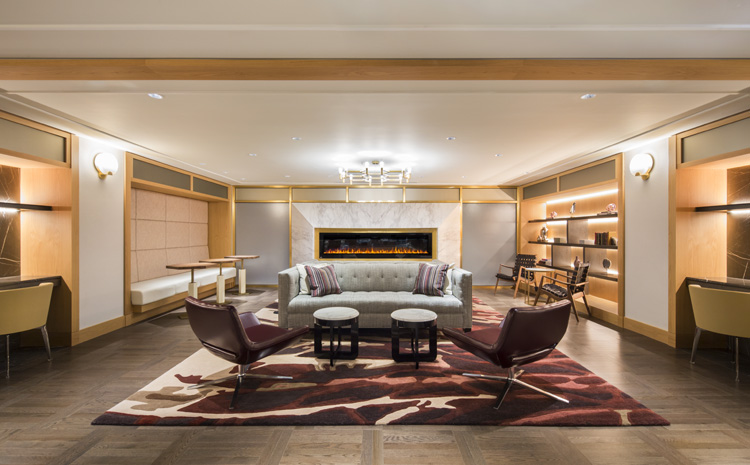 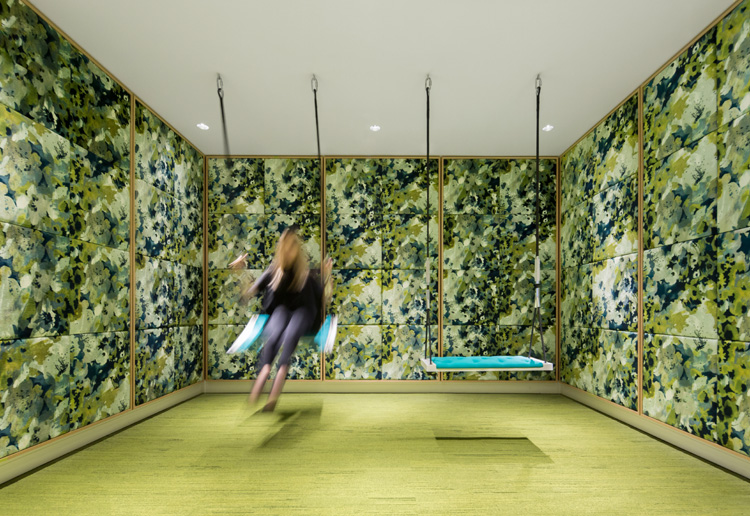 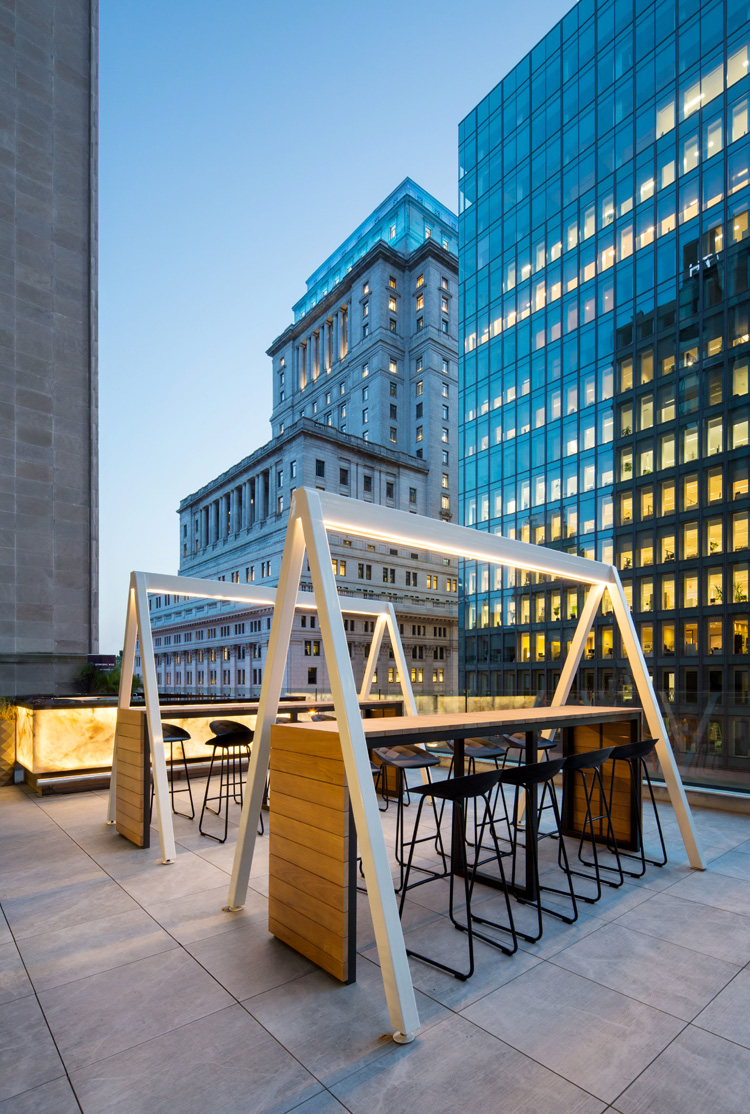