In the heart of “El Barrio de las Letras” in Madrid, Barcelona-based firm El Equipo Creativo overlapped a series of historical references to the design of the new Axel Hotel on Atocha Street.

One of the starting points is the privileged location of the Axel Hotel in the very midst of Madrid’s literary neighborhood, today the epicenter of the city’s most cosmopolitan environment. Another starting point is the palatial 19th Century building in which the hotel is located, where its noble rooms still conserve elements of great patrimonial interest, lavishly decorated ceilings, intense colors on the walls and baroque decorative details. An important role in the design choices was also played by some of Madrid’s most traditional and popular characteristics as well as some of the most well-known visual elements such as those related to the bullfight, the “mantilla” or the gypsy esthetic in general. And finally, closing this strange tandem is the explosive philosophy behind the Axel Hotel chain, whose hotels are designed for the LGBTQ community creating free spaces where sexual diversity is welcome and promoted and where diversion is a priority. 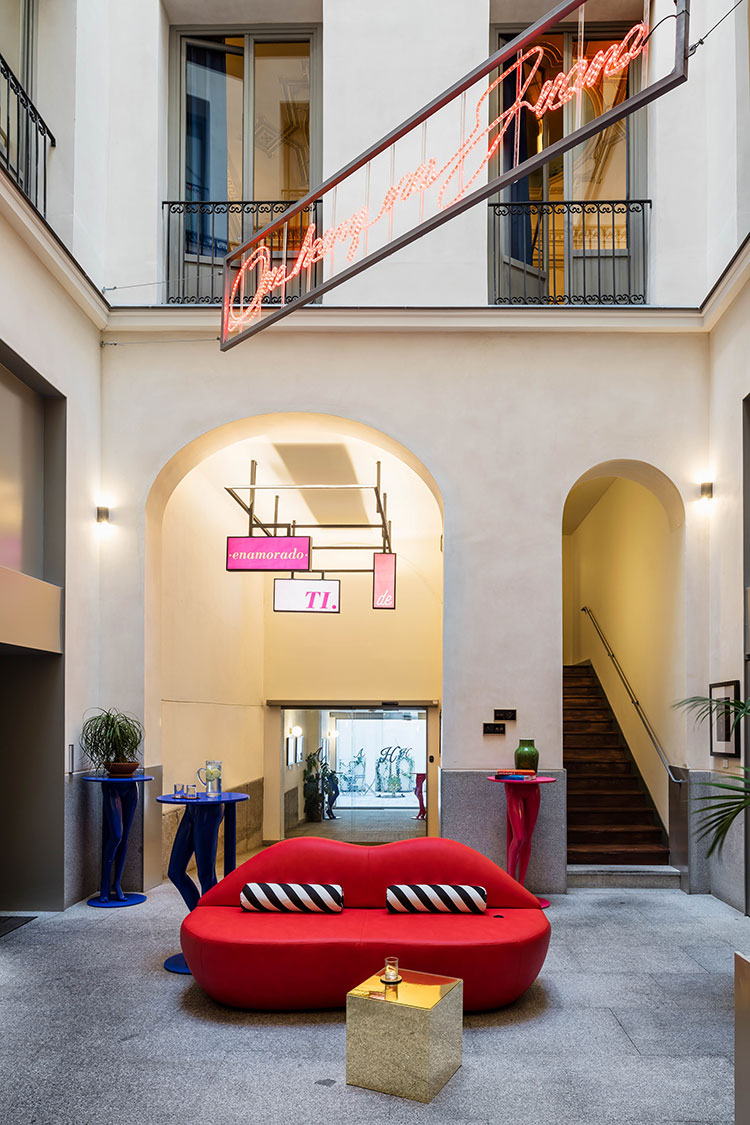 “From the beginning, we were interested in creating an amusing dialogue among all these starting points and historic periods so important and antagonistic in the history of Madrid and to which Atocha Street has been a privileged witness,” explains the studio.

The principal objective was to create a hotel which exuded an atmosphere of liberty and diversion with a certain disruptive touch which invited a varied clientele to enter the public areas of the hotel to enjoy the gastronomic offer of the Las Chicas, Los Chicos y los Maniquís Restaurant. In order to achieve this atmosphere, the most important strategy in the design is the use of color, an element which accompanies us throughout all the areas of the hotel and which is applied with different character and material nature in each zone. 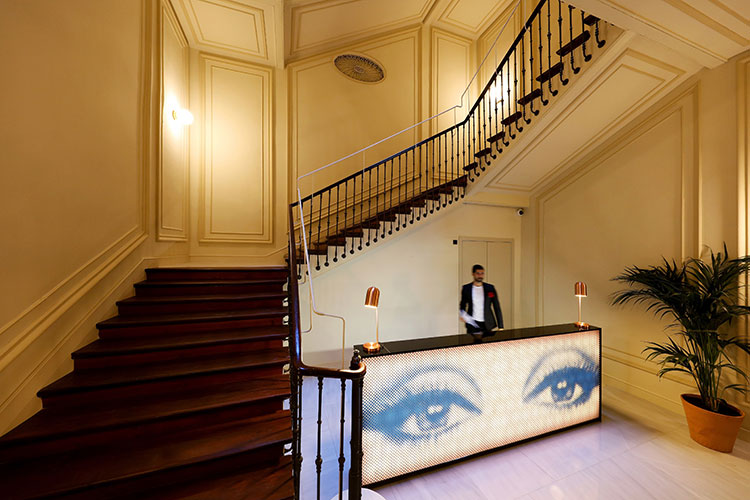 The rooms, following the same philosophy, invite both resting and playing. Illuminated posters with cinematographic and musical references to the Movida Madrileña, along with mannequins and other colorful elements invade the entrance passage to the hotel and its reception, welcoming the guest in a casual and festive atmosphere. On the first floor is where the old noble halls of the building were located, of great heritage value, and with a great variety of finishings and colors. There is a common denominator in all of them, which are the golden details on their walls, ceilings, and coffered ceilings. The project has converted some of these rooms into standard rooms and others into suites, emphasizing in both cases that common denominator, gold, which will be the color of all the new pieces of furniture in these spaces.

In the suite rooms, all pieces of furniture are separated from the walls, to leave their historical details visible. The bed, in the center of the room, becomes the main protagonist. The suite rooms are accessed through the bathroom, covered with a golden ceramic skin. 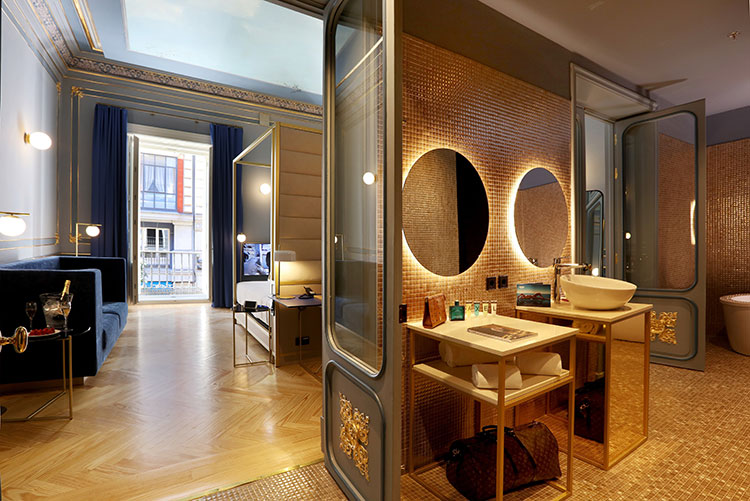