For an eatery that serves authentic street rice noodle from Chinese province Hunan, New York and Shanghai-based studio New Practice has created a dining space that engages with the bustling neighborhood of East Village, New York.

Hunan Slurp Shop, at 112 First Ave., near East Seventh Street, comes from chef and artist Chao Wang, who has spent the past 25 years as an oil painter. Now, he’s opening a restaurant inspired by his hometown of Hengyang in the Hunan province of China. 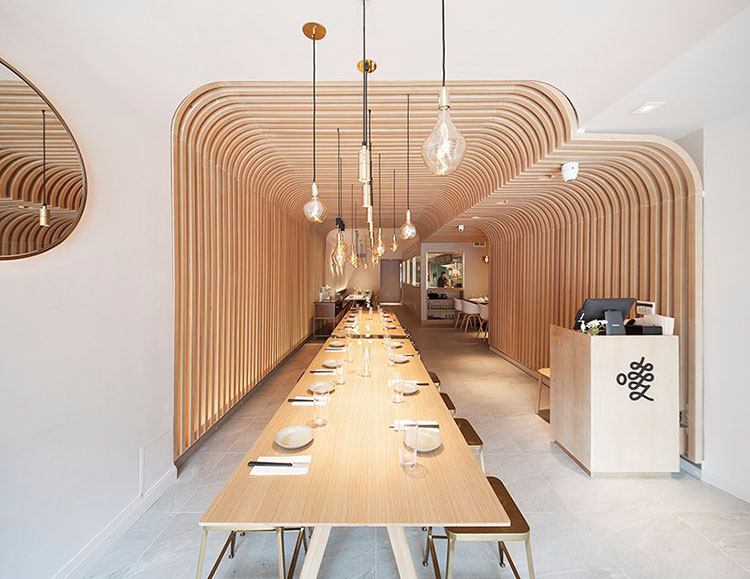 “The space is conceived as a place to look into and look out from, a continuous volume is carved out from the storefront into the interior so a direct dialogue is established between the street and the restaurant,” explains the studio. 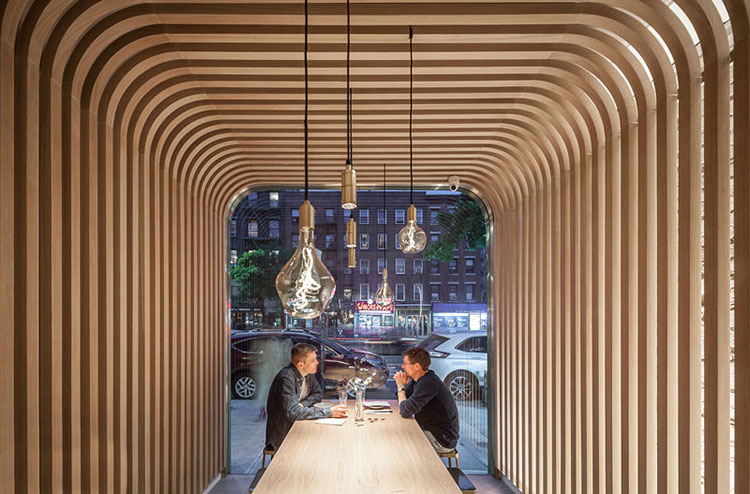 A group of communal dining table anchors the center of the restaurant and adds to the continuity of the space. The interplay between white plastered wall and wood screen create a bright and warm atmosphere. 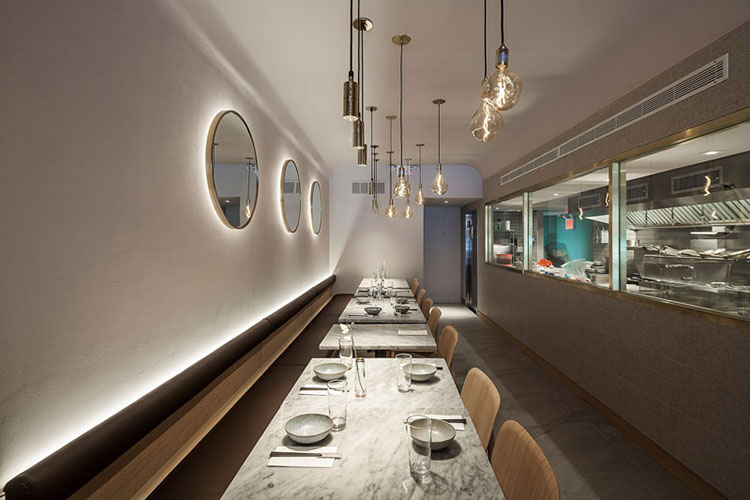 The rhythmic wood screen with fillet corners reinforces the geometry of the space, while resembling the rice noodle featured in this restaurant. The screen sits in front of existing brick walls where carefully designed backlighting adds another layer of subtlety to the space. 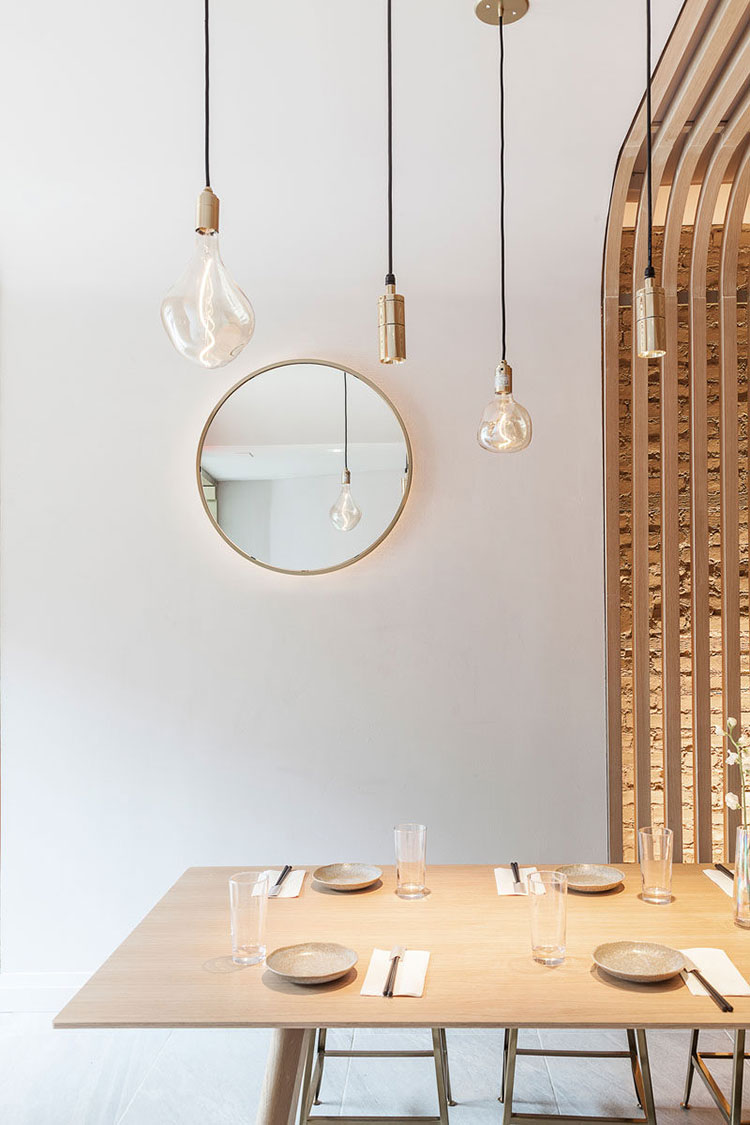