Canadian practice StudioAC has converted a century-old, three-story brick building in Toronto into The Annex boutique hotel. The building was originally built as horse stables with industrial steel structure and exposed brick walls four wythes deep. When StudioAC was approached to convert the building into a 24 room hotel it had been existing as commercial studio spaces turned rooming house for several years. The building was run down and needed new systems throughout, but the potential of the space was undeniable. 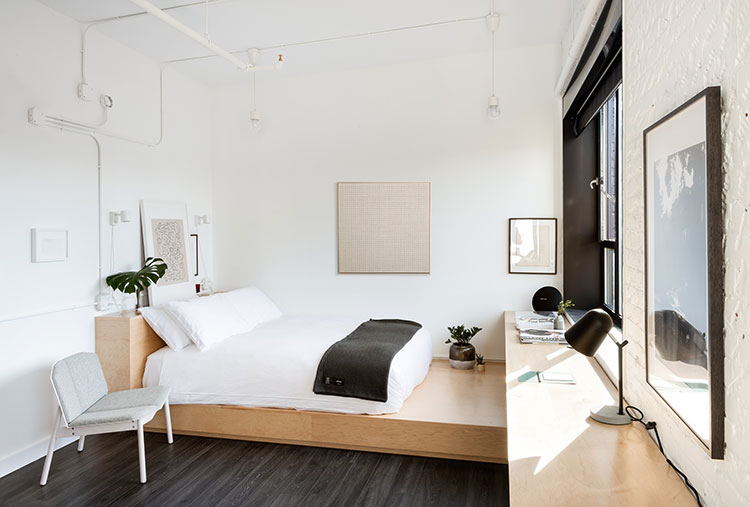 The building is on quite an atypical lot for downtown Toronto. The significant frontage is on Barbara Barre Lane, with a 150’ south facing facade. This allowed StudioAC to create atypical suites for a hotel room—rather than long narrow spaces with a window at the end, they were able to produce a plan that utilizes the width of the existing building. Each room has at least two large windows that fill the space with natural light.

To emphasize the orientation of the plan, StudioAC designed a long millwork element that stretches from one side of the suite to the other. This element transforms from a decorative surface to a desk space and then to the washroom vanity while acting as a functional graphic that leads the eye between and across the space. In an effort to minimize the cost of furniture, the elements in the rooms were mostly built from plywood – a cost-effective millwork solution that gives identity to rooms. The bathroom blocks buffer sound from one suite to the next while the use of frosted glass continues to play on the flooding of light throughout the suites. 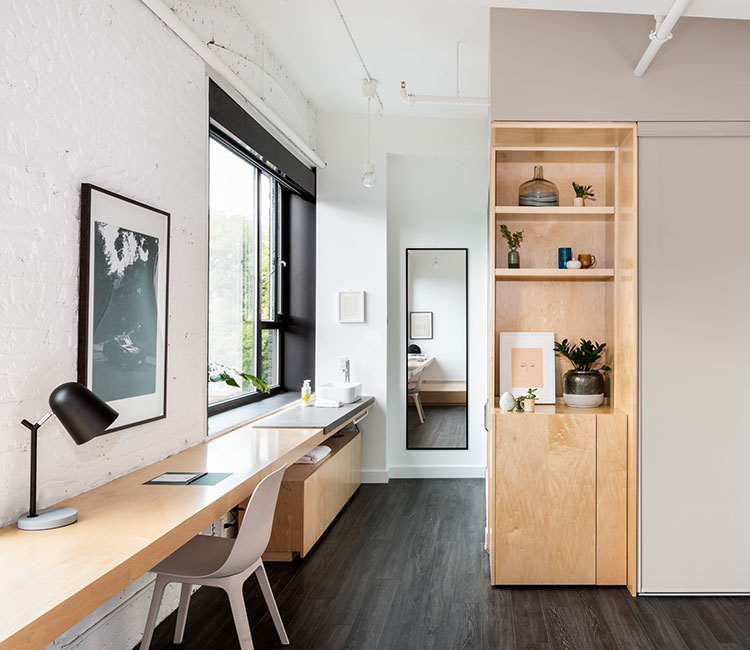 The Annex hotel, which is located in the Torontneighborhoodod of the same name, represents a project that balances the industrial history of the space with a contemporary aesthetic that breathes new life into the building. By introducing a minimalist approach to the room design and celebrating the quirks of the historic exterior walls, StudioAC was able to produce a boutique hotel in Toronto that is truly unique to the Annex. 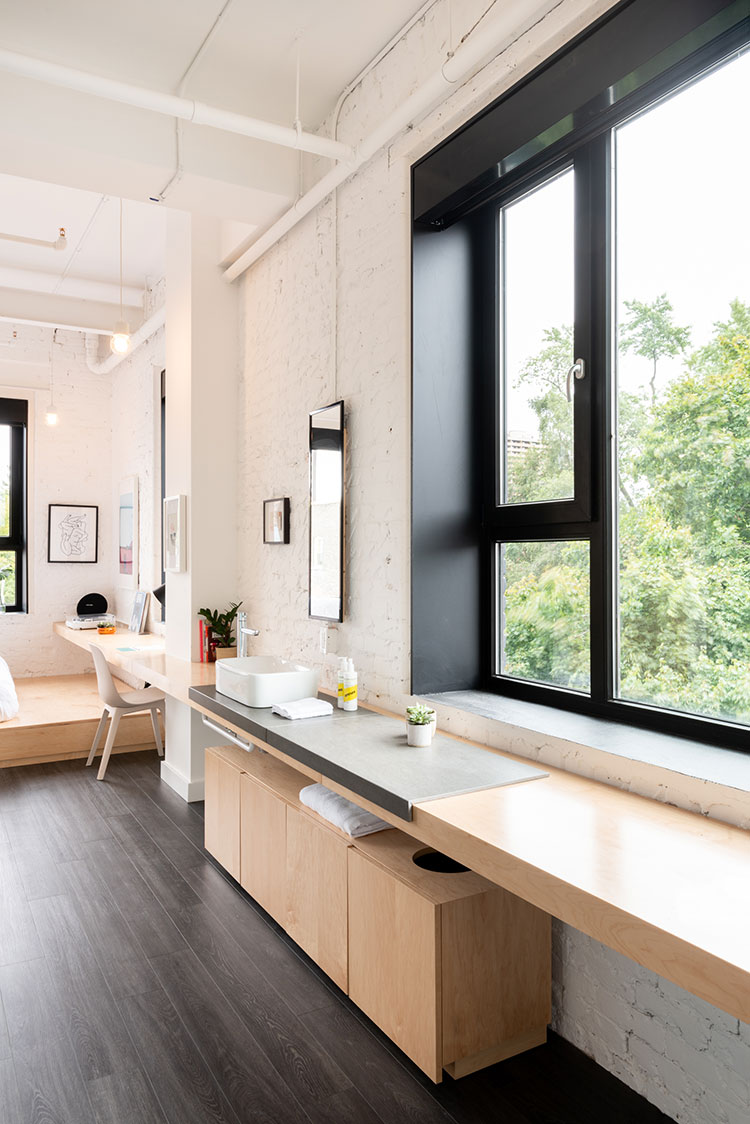 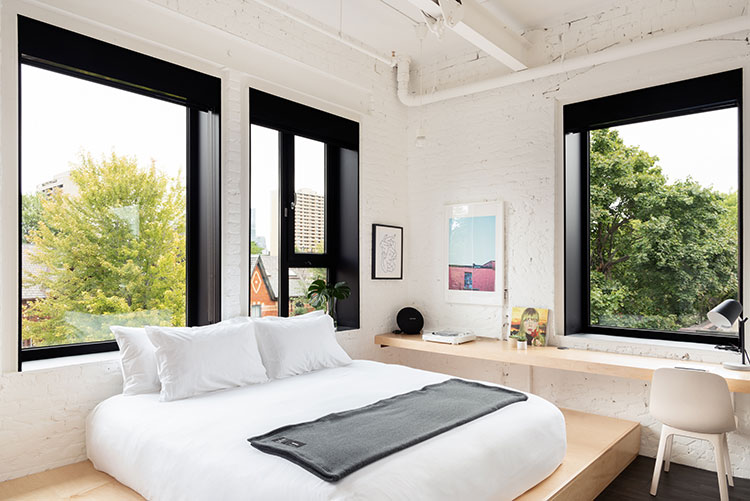 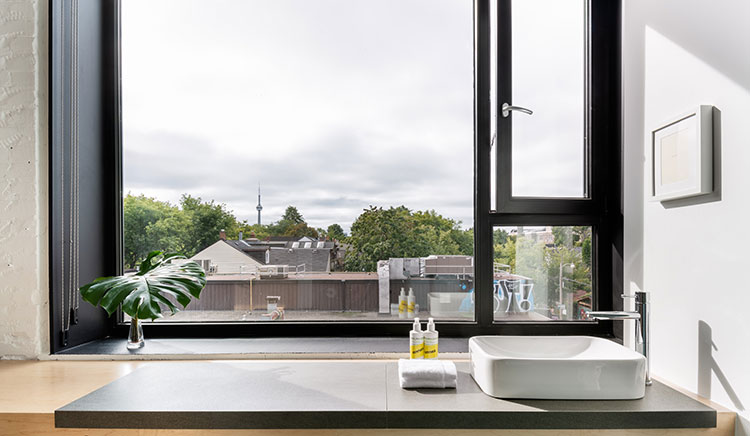 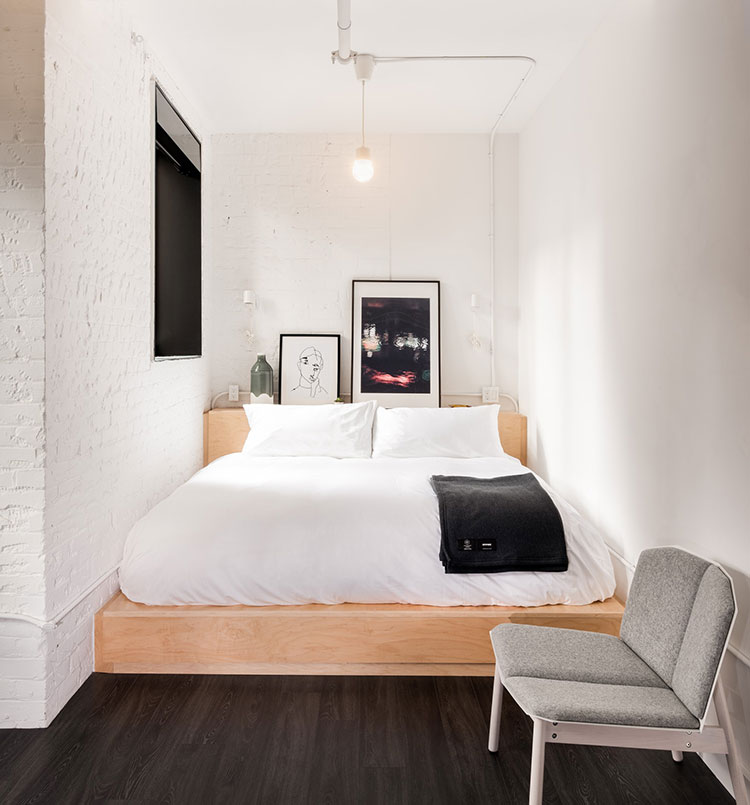 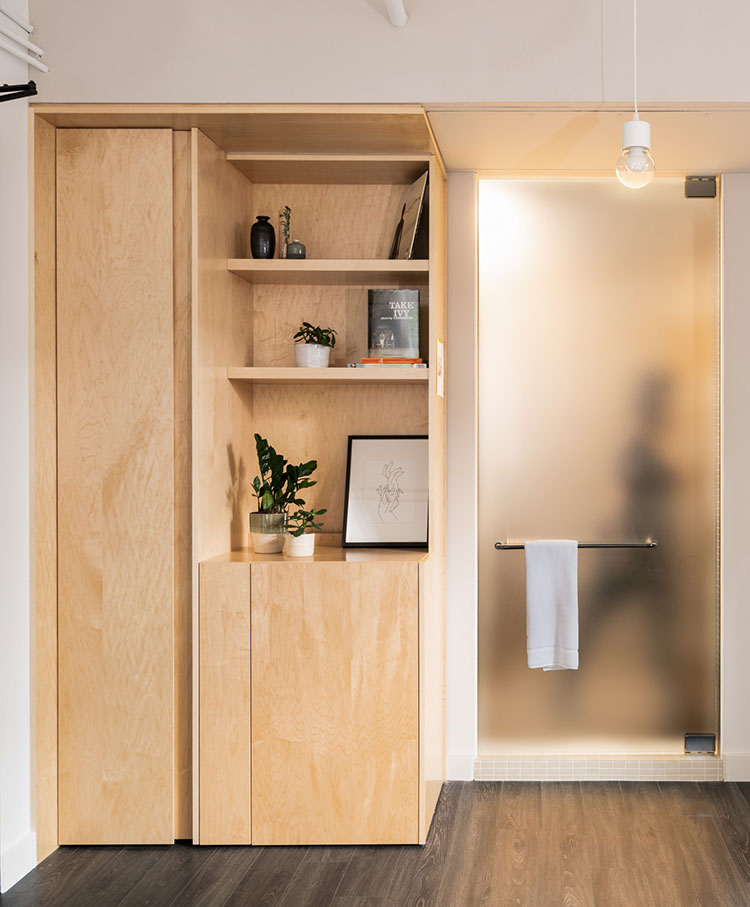 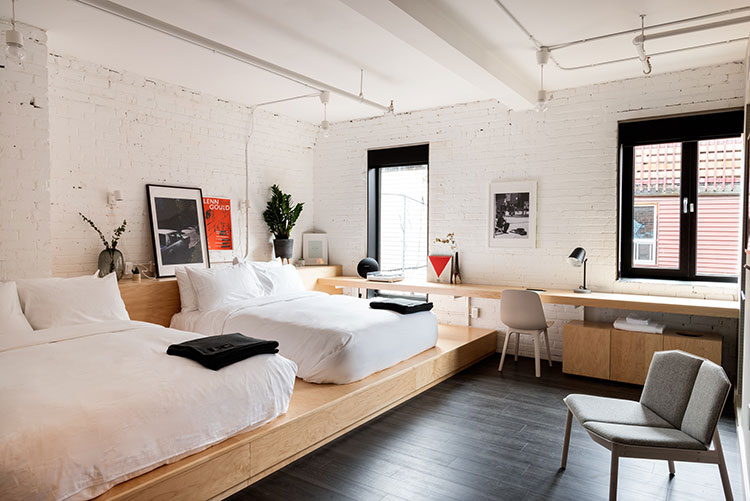