Russian designer Maxim Maximov and the team at Asketik Studio has completed an all-new store concept as part of Camper’s Together project. The new Moscow location inside Metropolis Mall features a minimalist aesthetic with a clean interior design and maximum functionality. 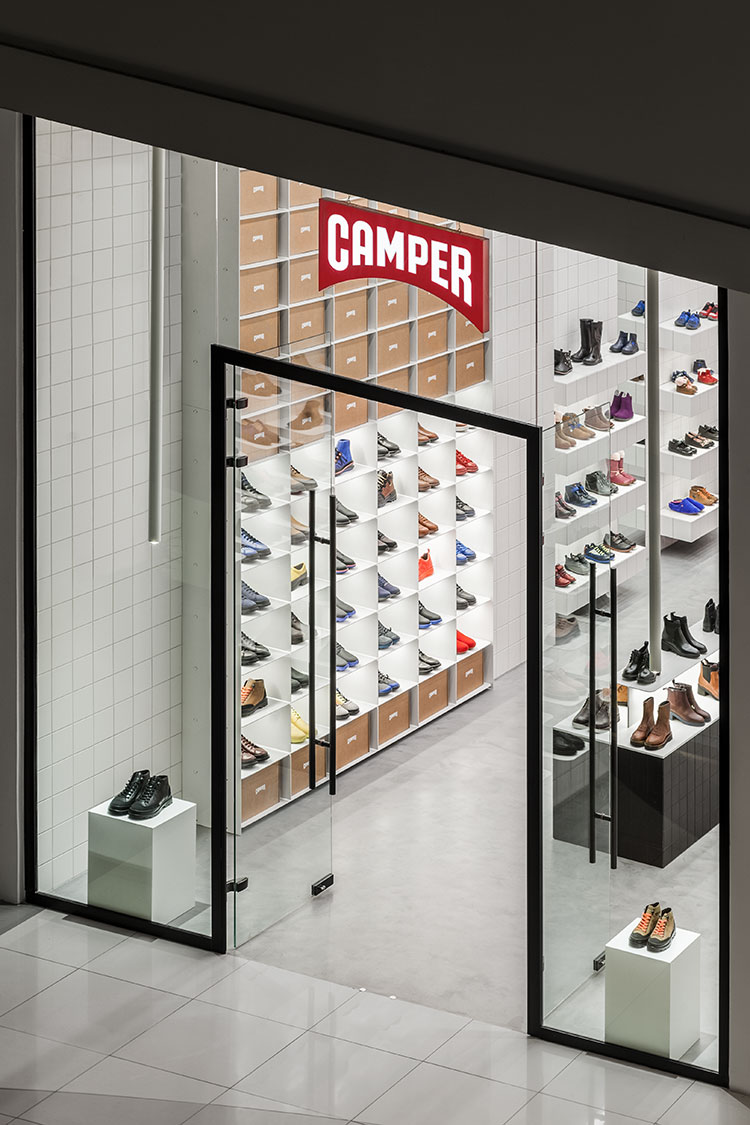 “I wanted to create something that was familiar to Russian people but was also stylish and modern like in Europe,” exlpains Maxim Maximov. “We have maintained some classic details, like industrial warehouse shelving and the 15×15 white matt tiles that were popular in soviet Moscow supermarkets. Minimum forms and colours were utilized for maximum functionality and utility. Powder-coated metal, concrete flooring, and the prominent use of red represent the small details of our childhood.”

One of the main goals of the interior was to achieve an ideal geometry of the space by using white tiles 15×15. The task for the construction team was to tile the space without any cut, so they first built one wall, tiled it, and then built the following walls. The metal shelves on the right wall follow not only the size of the tile but also the thickness, which has allowed to obtain the effect of a unified base — the shelves made of tiles on the left wall and the mirrors support this theme. White shelves are equipped with the lighting, so it looks like each pair of shoes is located in own cell. 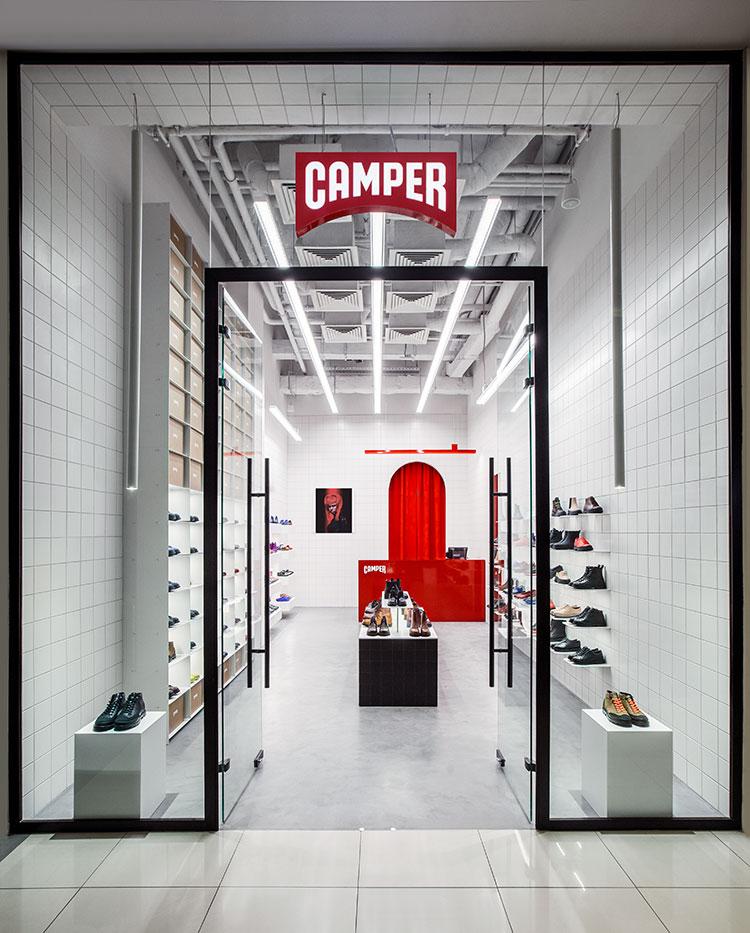 “The design of the rack-like idea appeared during the research of history of the brand. There was a tall shelving with boxes on one of the stocks, which I wanted to scale to our space,” says Maxim Maximov. “By using the tiles from the floor to the ceiling, open ceiling and the high rack I wanted to make a space as big and clear as possible. Concrete floor and top lighting add some industrial atmosphere to the interior.” 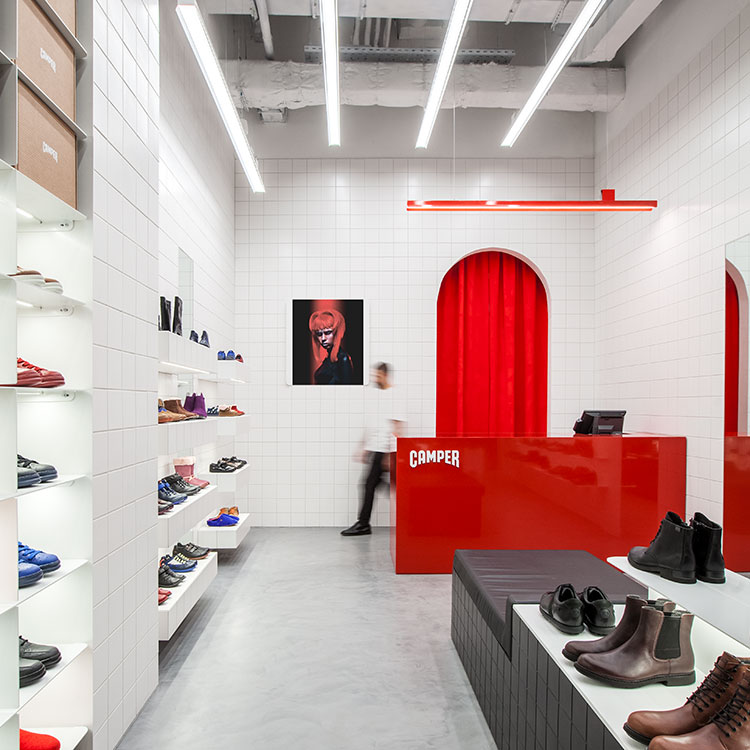 Maxim Maximov is a Russian designer, founder and lead designer at Asketik studio. After studying industrial design at the Architectural University of Oryol, Maximov came to public attention in 2011 when he won Perm Furniture, a design competition judged by Ross Lovegrove, Vadim Kibardin and Oskar Zieta. That same year, Maximov participated in SaloneSatellite Moscow with his project One Line and was subsequently published in Wallpaper magazine and Interni. His character and sense of humour are evident in his work, where he uses tubular metal and other materials to create fluid, minimalist designs that are both classic and contemporary. 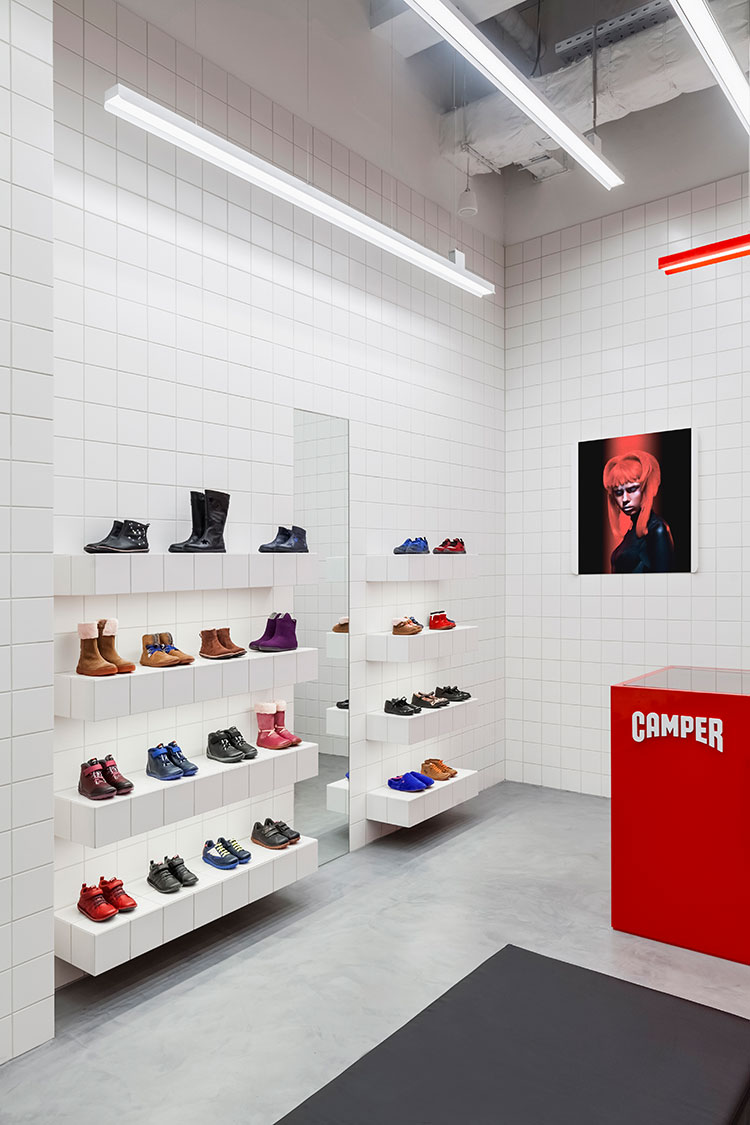 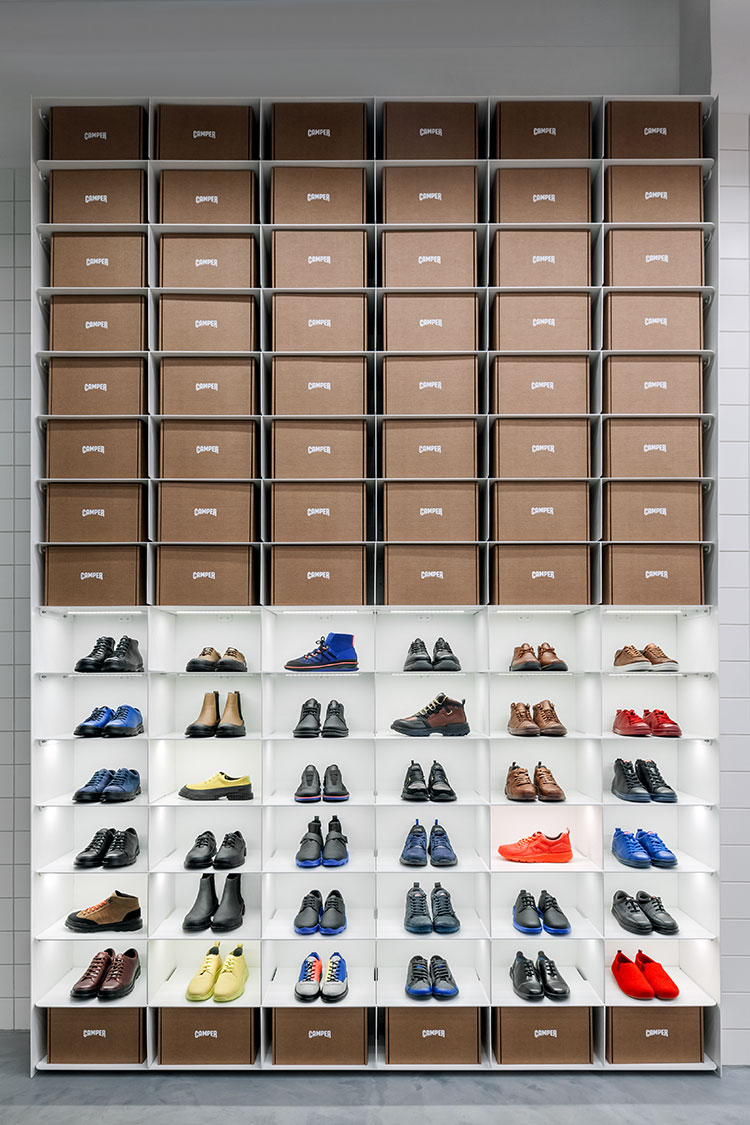 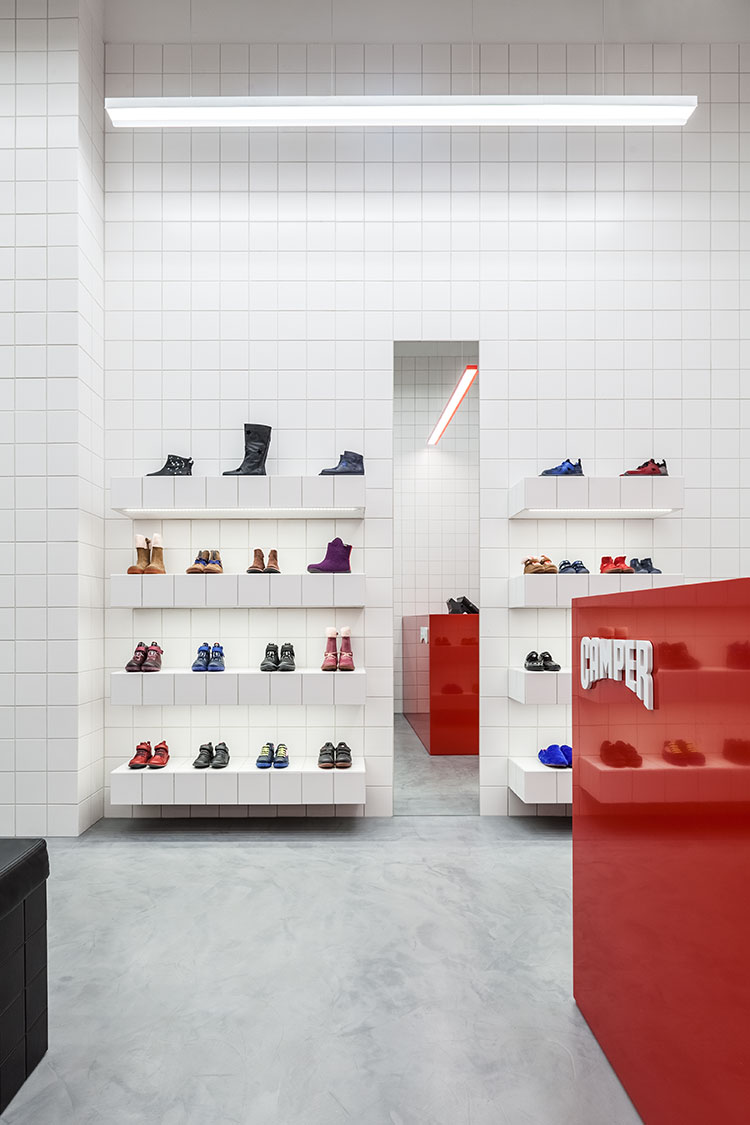 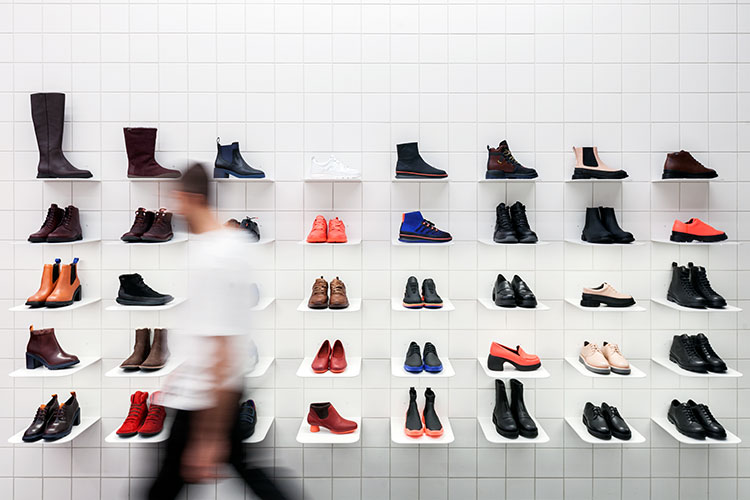 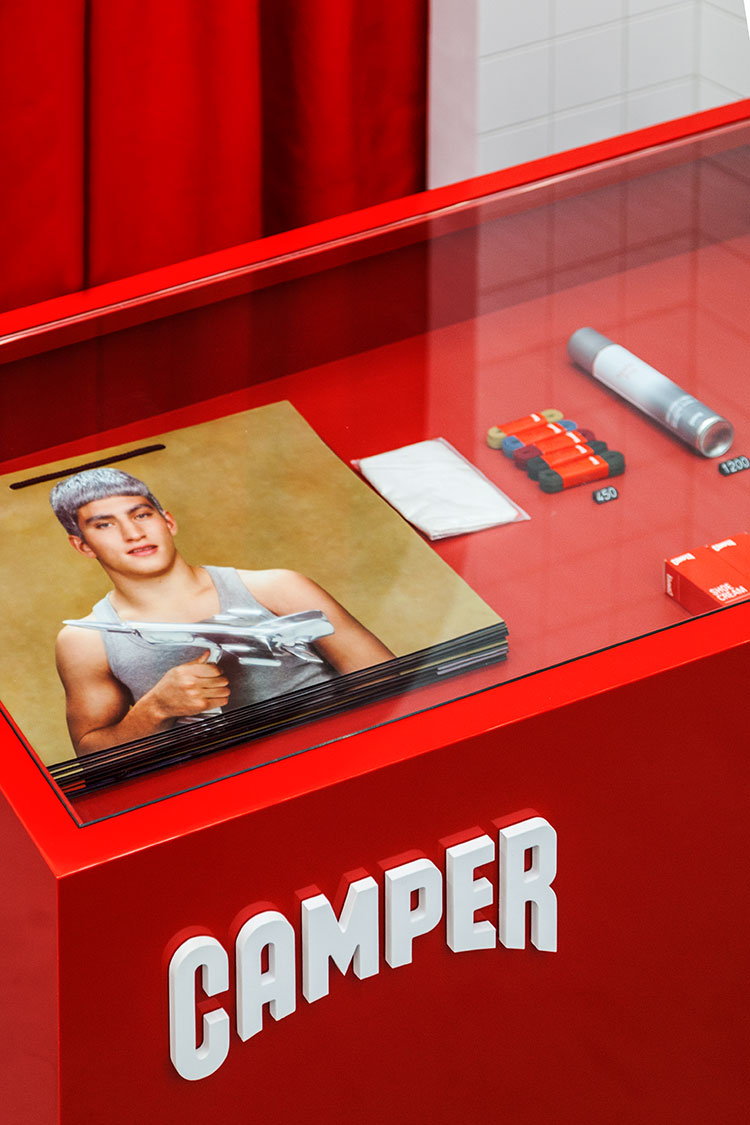