Honda has revealed an all ­new electric vehicle, the Urban EV Concept, at the 2017 Frankfurt Motor Show. The concept car is built on a completely new platform and sets the direction for the technology and design that will appear on a future battery electric Honda production model.

Honda’s Urban EV Concept showcases advanced technology within a simple and sophisticated design. Its low and wide proportions give the car a planted, muscular stance that hint at sporty driving performance. Its compact proportions mean it has a total vehicle length 100mm shorter than the Jazz supermini. 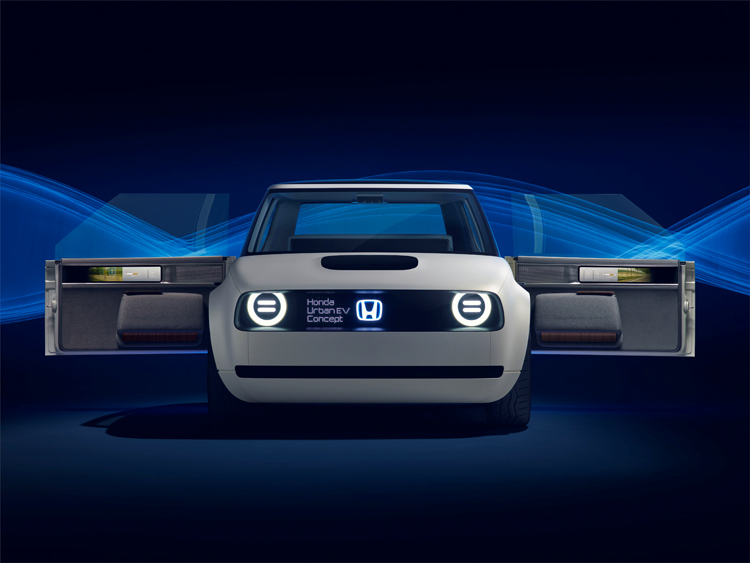 The Honda emblem on the concept is backlit in blue, which previews a new styling feature for the company‘s future EVs. At the front of the car, interactive multilingual messages can be displayed between the headlights, including greetings, advice for other drivers on the road, or charging status updates. 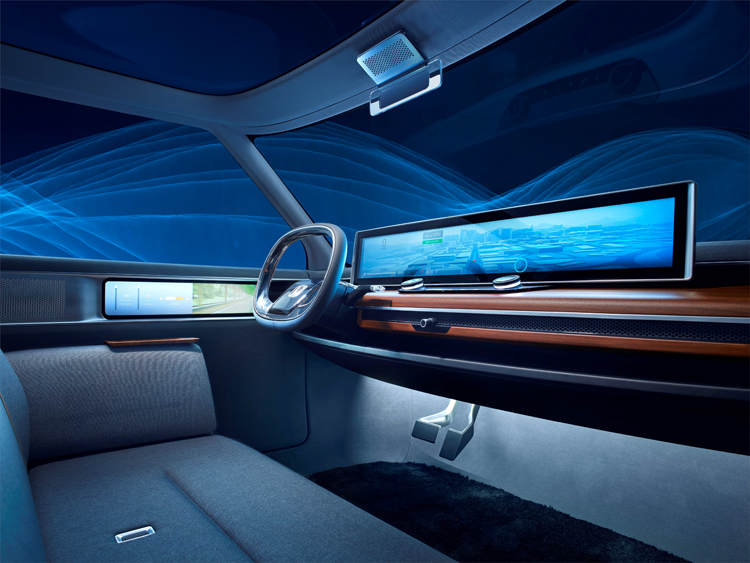 The driver’s outward visibility from the Urban EV Concept is excellent thanks to slim A­ pillars and a wide windscreen that appears to sweep around the entire front of the car. Entry and exit from the vehicle is via rear­hinged coach doors. The electric charging cable connection is housed on the bonnet.

Honda’s Urban EV Concept can accommodate four occupants, across two bench seats finished in different materials. To create a lounge feeling, the front row is upholstered with natural grey fabric, with the seat backs, squabs and arm rests embellished with contemporary wood finish accents. The seatbelts for the rear bench are fixed in the middle of the seat, allowing the belt to retract out of the way before a passenger exits the car. 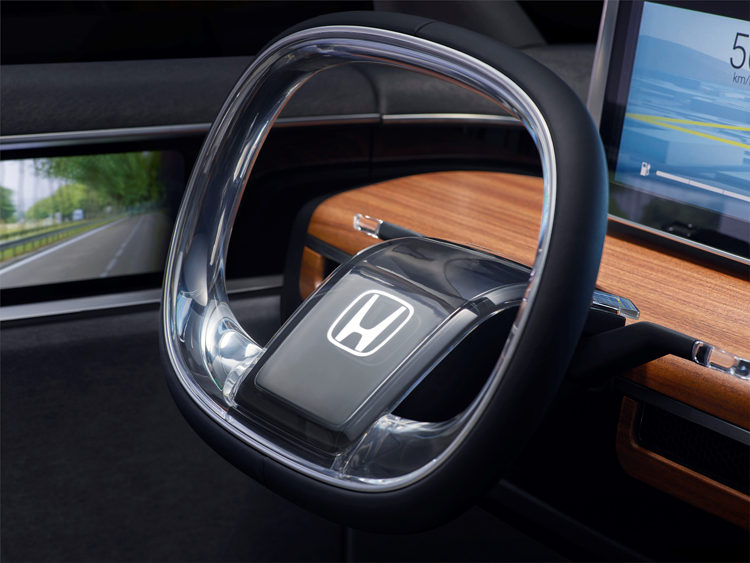 The same wood finish wraps around a large ‘floating’ dashboard console. This houses the steering wheel column, a set of simple control buttons, and a panoramic display screen. The dashboard itself is completed by a wrap­around screen that runs behind the console and extends into the doors. The main dashboard screen presents a range of vehicle information including remaining battery level. Whilst the extended door screens function as the car’s wing mirrors through digital camera displays. 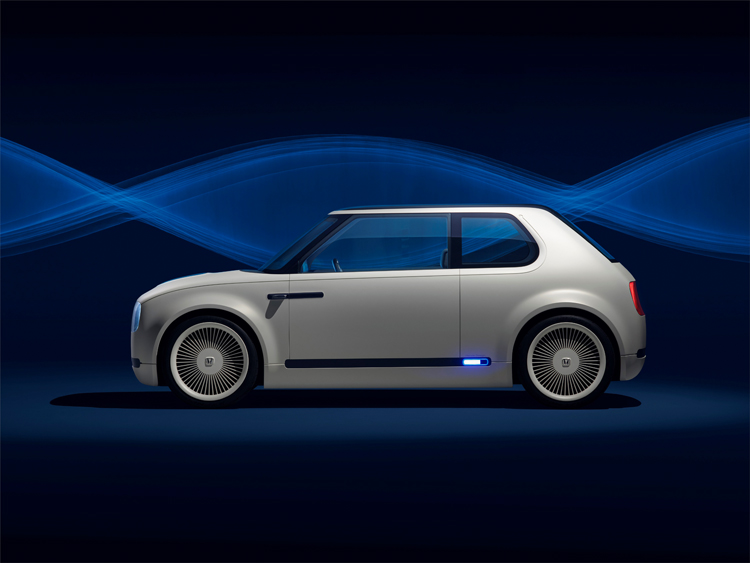 Honda’s Urban EV Concept showcases the company’s vision for a world where mobility and daily life are seamlessly linked. The on­board advanced Honda Automated Network Assistant acts as a personal concierge, which learns from the driver by detecting emotions behind their judgments. It can then apply what it has learned from the driver’s past decisions to make new choices and recommendations. 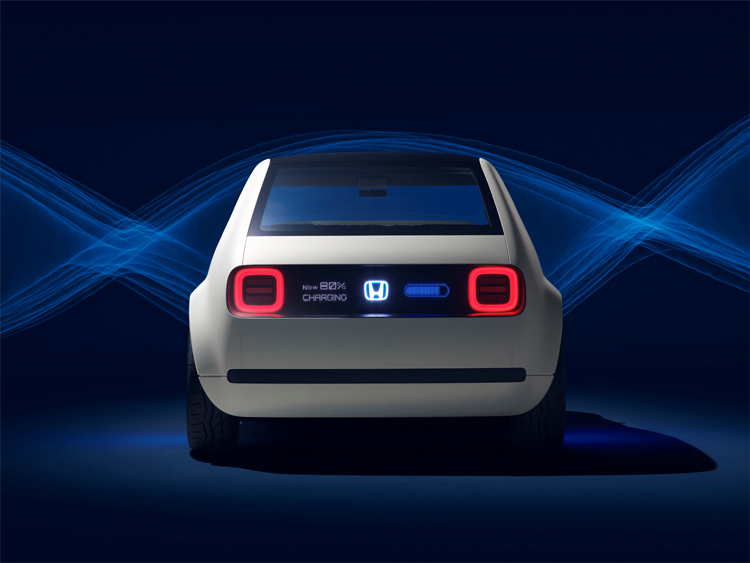 New methods for managing energy transfers between the grid, homes and electric vehicles could provide revenue opportunities for EV owners in the future. Honda’s Power Manager Concept, revealed alongside the Urban EV Concept in Frankfurt, is a smart system that can store energy more efficiently, releasing electricity generated by renewable sources back into the home or selling it back to the grid.

Honda’s ‘Electric Vision’ strategy, launched at the 2017 Geneva Motor Show, includes the development of a dedicated electric vehicle platform, featuring fully­electric powertrain technology. Key parts of the powertrain development will include a high­density, lightweight battery pack, integrated heat management and the evolution of energy transfer functions – both to and from the vehicle. 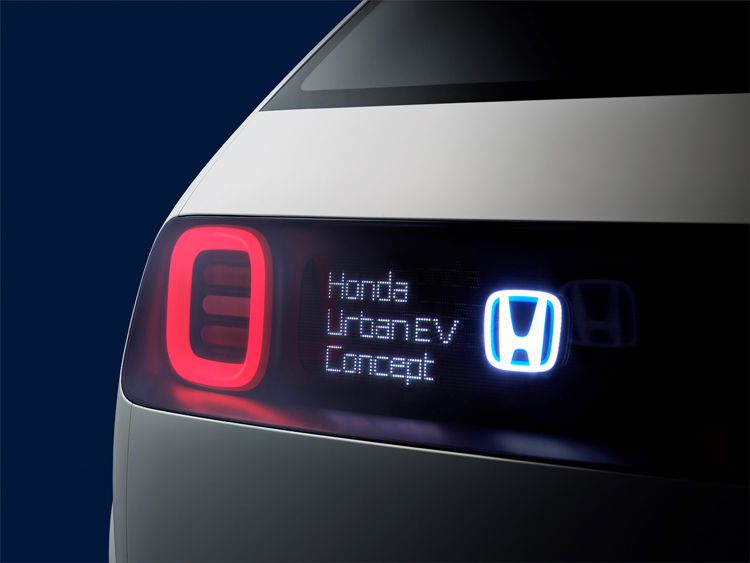 all images courtesy of Honda