Lamborghini introduces its third model the Lamborghini Urus, the first Super Sport Utility Vehicle. The intention of the Urus is to double Lambo’s production by creating a new niche in luxury. The Urus features a 4.0 liter V8 twin-turbo engine delivering 650 hp (478 kW) at 6,000 rpm, maximum 6,800 rpm, and 850 Nm of maximum torque already at 2,250 rpm. With 162.7 hp/l the Urus claims one of the highest specific power outputs in its class and the best weight-to-power ratio at 3,38 kg/hp. The Urus accelerates from 0-62 mph in 3.6 seconds, 0-124 mph in 12,8 seconds and with a top speed of 189 mph it is the fastest SUV available.

As has long been the tradition at Lamborghini, the name Urus is derived from the world of bulls. The Urus, also known as Aurochs, is one of the large, wild ancestors of domestic cattle. The Spanish fighting bull, as bred for the past 500 years, is still very close to the Urus in its appearance. 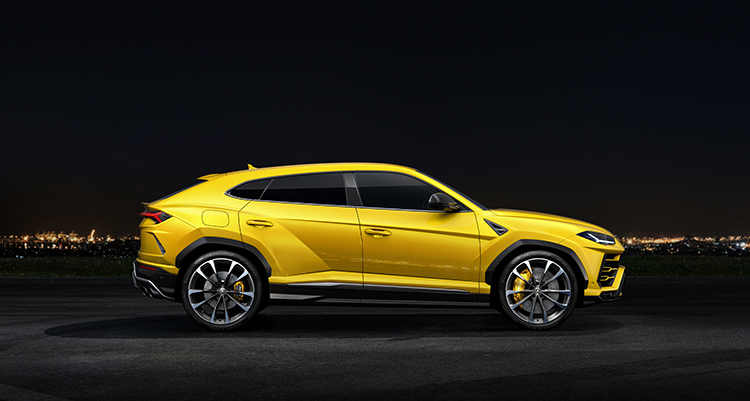 The key difference between the Urus and any other Lamborghini (besides its size) is its Super Sport Utility Performance, featuring six different driving identities via the (not so) secret, ANIMA selector.

The Tamburo driving mode selector on the center console controls all dynamic vehicle systems and allows the selection of driving dynamics according to surface conditions or drivers’ preference, via STRADA, SPORT and CORSA as well the additional NEVE (snow) mode. As an option, two further off-road settings are offered: TERRA (off-road) and SABBIA (sand). 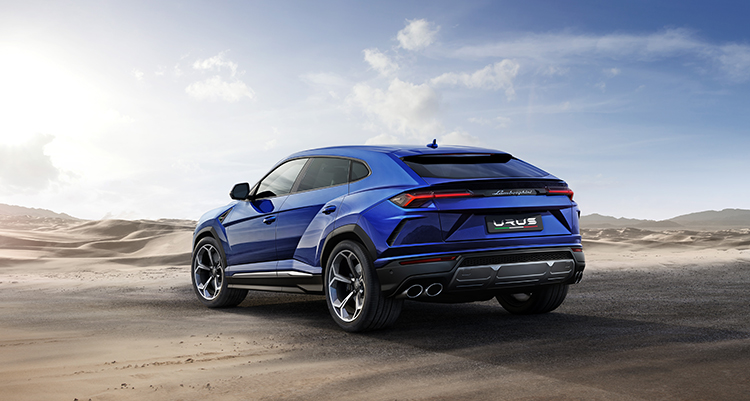 In STRADA mode the height adapts according to speed to enhance comfort, while in SPORT the Urus lowers to ensure stability and precision at all speeds. In CORSA the vehicle is even more precise and performance oriented with roll at a minimum. In the three off-road modes, NEVE , TERRA and SABBIA higher ground clearance allows obstacles to be safely overcome, with anti-roll bars providing independent asymmetric movement during cornering to ensure optimal traction. 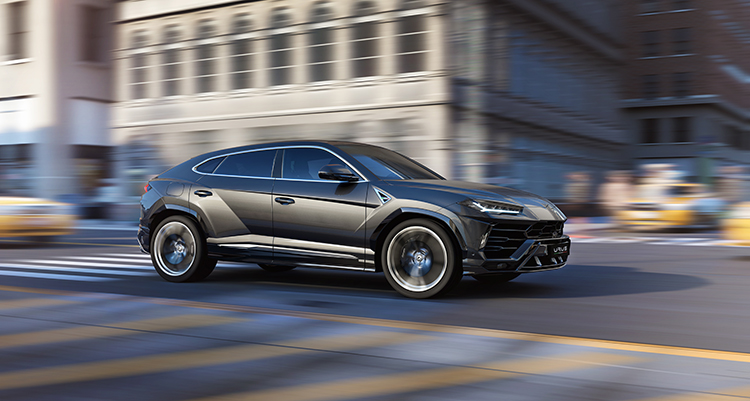 The imposing front of the Urus clearly identifies the location of the front-engined power plant within the peaked mound of the bonnet, reminiscent of the Miura and Aventador, and accented by diagonal hood lines, found for the first time on the Countach, that are such a dynamic Lamborghini characteristic. The proud, low front is underlined by the substantial front fender: the Urus is the most powerful SUV available.

Large air intakes sporting the hexagonal theme are linked by a low-level front spoiler, further emphasizing the car’s aerodynamic efficiency and exceptional performance. The front lights are sleek, slim and very sporty, set in a horizontal position and with LED headlights in the familiar Lamborghini Y shape. 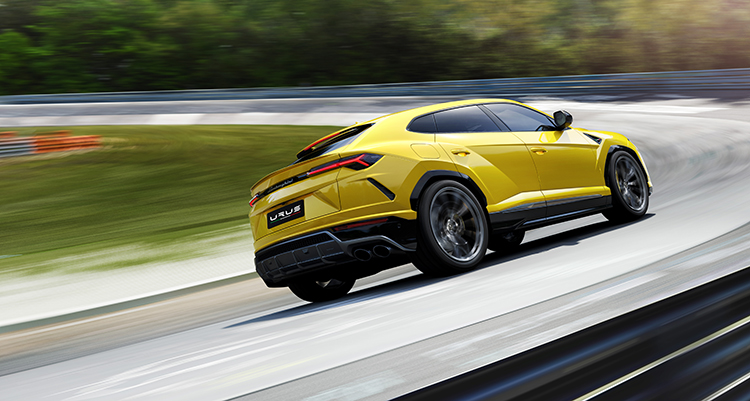 The low roofline and position of the frameless windows allude to the seating position of driver and passengers low within the car. The hexagonal wheel arches at both front and rear are a significant design detail from the LM002 and Countach, housing wheels from 21″ to 23″: the largest in the segment.

The rear of the Urus sports the complex, powerful lines typical of a Lamborghini, reinforcing the strong, planted character of the car. The roof line broadens at the base of the roof panel in the style of Lamborghini models including the Countach and Murciélago. The substantial rear shoulders support the strongly inclined rear windows, with the entire rear connected by the fender and concurrent black panel housing the air grilles, Lamborghini logo and the Y-shaped taillights. The rear diffuser is inspired by Lamborghini race cars, with integrated double round exhaust pipes. 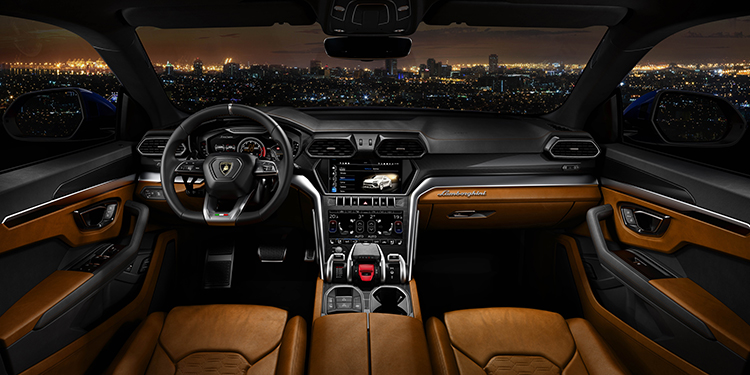 Inside, the Urus is as clearly a Lamborghini as it is from outside, with a sporty yet luxurious design and finishes. Oriented around the driver, the slim Y design of the dashboard, like double silver wings and connected to the climbing center console, is inspired by the LM002 as well as by current Lamborghini super sports cars.

The Lamborghini hexagonal theme echoes throughout the interior, in elements such as air vents and door handles, and even in items such as the cup holders and air bag modules. A multi-function, three-spoke steering wheel incorporates a vibration damper to enhance comfort in all driving conditions. A fully-digital TFT display shows the Urus’ main information in an animated 3D representation and is customizable by the driver.

The first customers will take delivery of the new Lamborghini Urus in Spring 2018 for $200,000 USD.

all images and video courtesy of Lamborghini