Bicyclists who ride at night worry about being seen by motorists. If a driver misses the fact that a bike is on the road, a crash can – and often, does – result, with devastating results to the bicyclist.

There are lights available, of course, but they’re small, and need to be charged between rides, or have a generator system that adds drag to the bike’s wheel, resulting in more work for the rider. 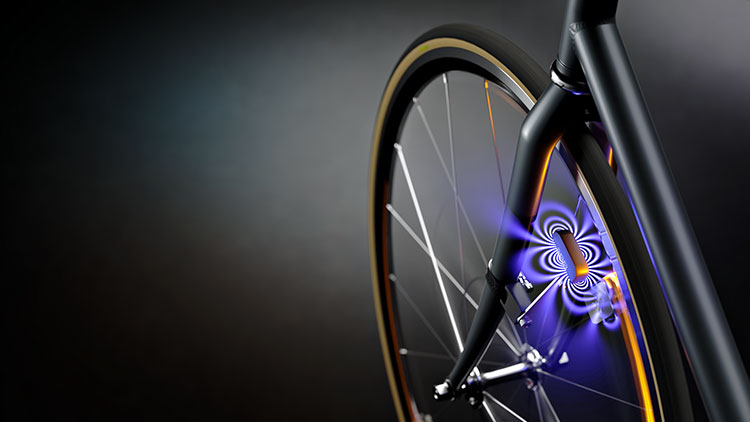 Designed by Siberia-based physicist Semyon Filippov, the luminaire doesn’t need a battery to keep your life safe. It works with strong neodymium magnets, so the cyclist never needs to worry about charging the lights or replacing a battery.

Arara offers a substantial improvement in safety over the single headlight and tail light found on many bikes. Because it is wheel-mounted, the entire diameter of the wheel appears to be lighted, and makes a bike easily recognizable from every angle at night. Futhermoew, with a variety of six colors, it also looks cool.

There is no friction and no moving parts with this system, so the drag on the wheel is negligible and the use of LED lights ensure high energy efficiency. The light turns on when a cyclist starts rolling, and dims when stopped. The Arara A200 model can stay lighted for several minutes after coming to a stop.

Arara is water-resistant, lightweight, and works at temperatures down to -15 degrees F.

Inventor Semyon Filippov is crowdfunding the project with campaign on the Indiegogo website, which will launch on February 13, to produce Arara. All backers will get 10 percent off the price of the Arara, early subscribers will get 20 percent off.

Filippov expects to have the Arara in production by the 4 quarter of 2018.

all images courtesy of Arara