Uber has unveiled its electric take-off and landing vehicle, called eVTOL, at its second annual Elevate summit in Los Angeles this week. The electric aircraft will make up the “world’s first urban aviation rideshare network”, which Uber said will be fully operational by 2023. 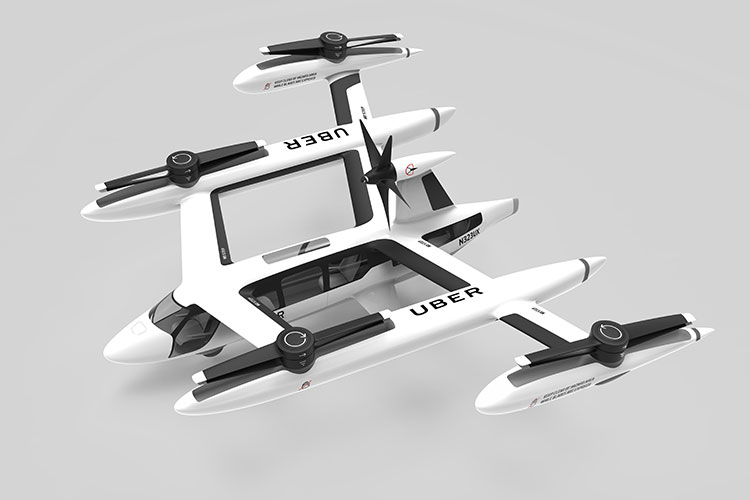 Uber’s eCRMs are designed for safe transition between vertical and forward flight, which is achieved through stacked co-rotating propellers. Stacked co-rotating rotors or propellers have two rotor systems placed on top of each other rotating in the same direction.

The concepts were designed with a rider-first mentality, meaning the designs incorporate not only a technical perspective for future eVTOL designs, but also bring the customer ridesharing perspective into the design for urban air transit. 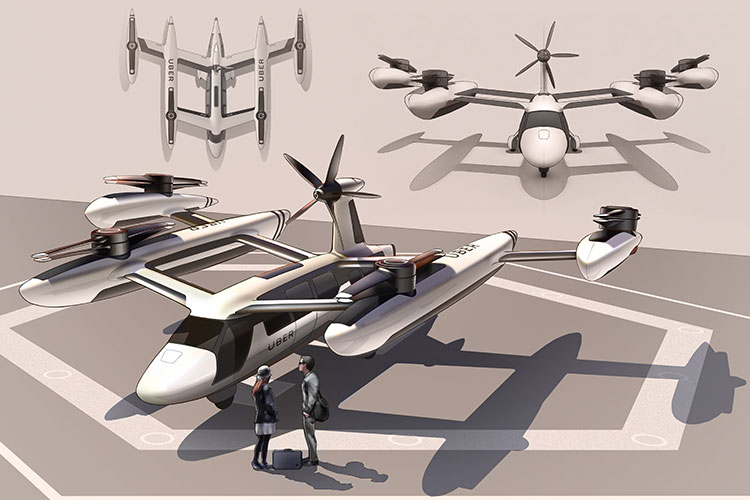 The eCRM design is pedestrian friendly, as the propeller blades are as high as possible, leaving ample room for individuals to board and de-plane without having to duck. The high placement of the wings provide shaded entry into the cabin, shielding riders from light rain as they board. Finally, point of entry into the eVTOL is limited to one side, simplifying ground crew operations and reducing confusion for riders when they approach their eVTOL vehicle.

As part of its broader Elevate aviation initiative, Uber plans to operate a network of small, electric, aircraft in numerous cities worldwide to enable four-person ridesharing flights in densely populated urban markets. eVTOL aircraft differ from helicopters in that they are dramatically quieter, safer, more affordable, and more environmentally-friendly. Uber is developing multiple common reference models to understand and evaluate a variety of vertical takeoff and landing concepts, and technologies. 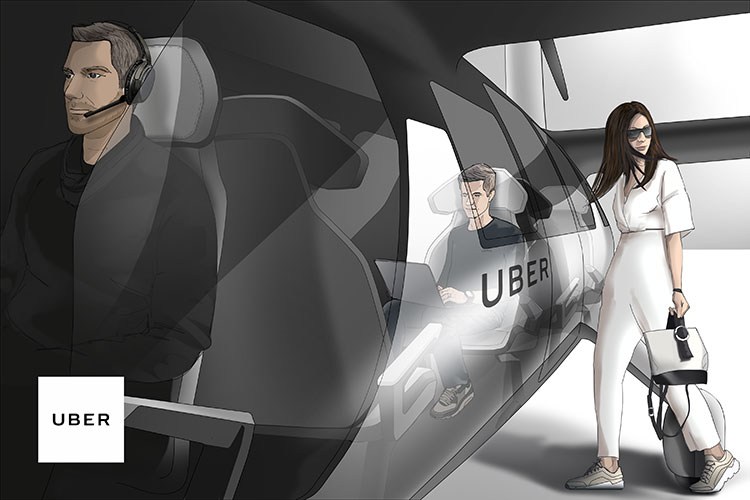 According to The Verge‘s coverage of the Elevate summit, Uber won’t be building this exact model. The prototype is instead meant to serve as a “platform for Uber’s manufacturing partners” – including Bell Helicopter, Embraer, and Pipistrel – to use as they build their own flying taxi concepts.