Jaguar Land Rover has fitted ‘Virtual Eyes’ to intelligent pods in an effort to understand how humans will trust self-driving vehicles. A recent study by the American Automobile Association has shown that 63 percent of adults in the U.S. would actually feel less safe sharing the road with a self-driving vehicle while walking or cycling. The rise, and widespread adoption, of autonomy on our roads raises the age-old issue of ‘technophobia’ and how technology companies must address these very real social issues.

Jaguar Land Rover is the most recent company to tackle these concerns. The UK’s largest car manufacturer is conducting live trials of autonomous cars with eyes that acknowledge pedestrians, allaying their fears of being knocked over.

Technophobia is nothing new. Every invention and its adoption has provoked a certain level of mainstream anxiety; from the telephone being cited as removing all need to ever meet face to face, to the bicycle, which was seen to dangerously empower women’s liberation and give the working classes a new kind of freedom. 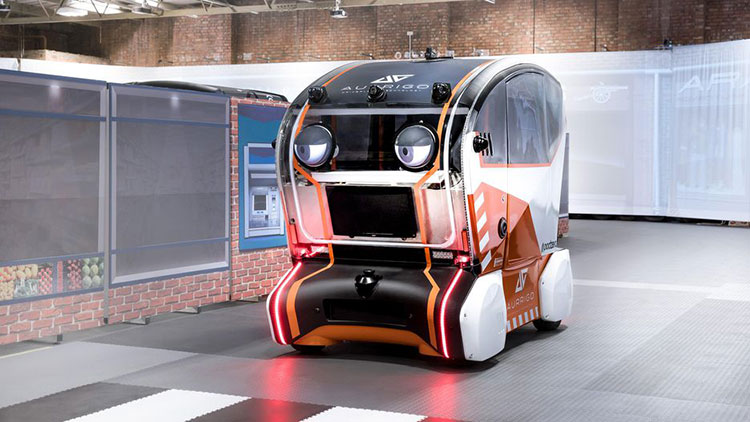 As we enter the fourth industrial revolution, digital solutions and autonomy stand to become a greater part of our daily lives and it’s this area that is, once more, provoking an age-old fear in the population. The late Prof Stephen Hawking reflected these fears when he said in 2014 that “the development of full artificial intelligence could spell the end of the human race”. And let’s not forget the term robot is an English translation from a 1920s play by Karel Capek where the term means slave, work or drudgery. 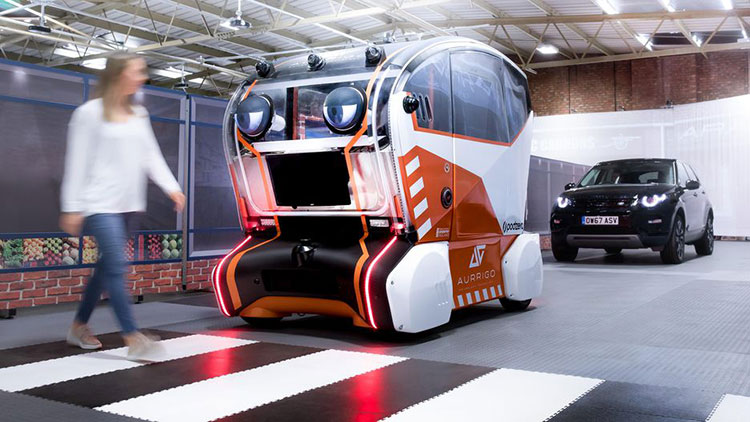 The problem lies with lack of information, understanding and the interface between machines and humans. Prof Bob Stone, an expert on virtual reality from the company Virtual Presence said in an article for the BBC: “We shouldn’t have to adapt to the technology, the technology should be designed with us in mind”.

Overcoming millions of years of evolution in a few decades is simply not an option. As humans we thrive on reading other faces, trusting them, making judgements. With the rise of digital communication we have to employ a much higher degree of cognitive processing to interpret the tone of written email or the intonation of a voice. A face gives us hundreds of tiny clues and therefore requires less cognitive processing power. 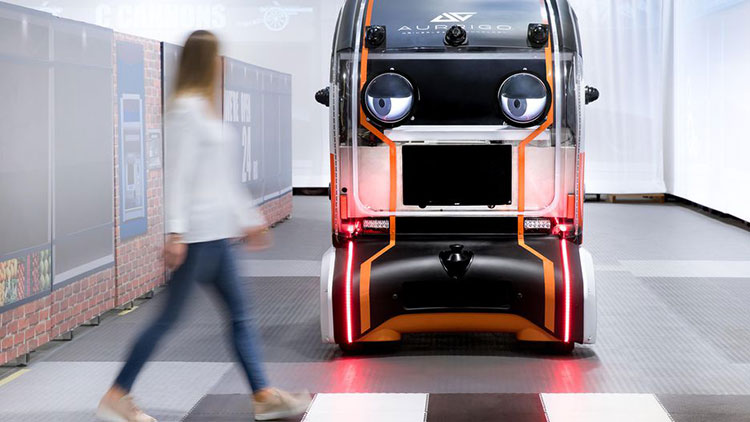 This is why a team of researchers from Jaguar Land Rover have identified the high levels of pedestrian mistrust when it comes to autonomous cars. The solutions takes the form of fitting human-like eyes to the fronts of autonomous cars to give pedestrians a sense of security that the car has recognized them.

Pete Bennett, Future Mobility Research Manager at Jaguar Land Rover, said: “It’s second-nature to glance at the driver of the approaching vehicle before stepping into the road. Understanding how this translates in tomorrow’s more automated world is important. We want to know if it is beneficial to provide humans with information about a vehicle’s intentions or whether simply letting a pedestrian know it has been recognized is enough to improve confidence.” 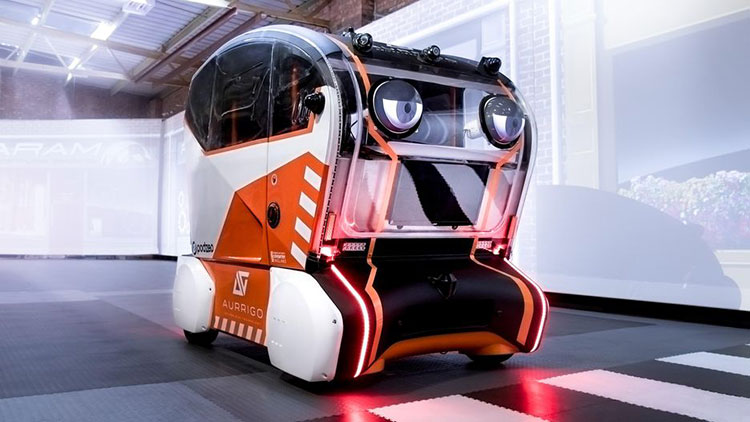 The intelligent pods, run autonomously on a fabricated street scene in Coventry, while the behavior of pedestrians is analyzed as they wait to cross the road. The ‘eyes’ have been devised by a team of advanced engineers, working in Jaguar Land Rover’s Future Mobility division. The pods seek out the pedestrian – appearing to ‘look’ directly at them – signalling to road users that it has identified them, and intends to take avoiding action.

The trials are part of a wider study exploring how future connected and autonomous vehicles can replicate human behavior and reactions when driving. As part of the study, more than 500 test subjects have been studied interacting with the self-driving pods, designed by UK Autodrive partner Aurrigo.