The new Galaxy Fold delivers a new kind of mobile experience allowing users to do things they couldn’t do with an ordinary smartphone. Users now have the best of both worlds; a compact device that unfolds to reveal Samsung’s largest-ever smartphone display. Galaxy Fold brings together material, engineering and display innovations, developed over eight years following the debut of Samsung’s first flexible display prototype in 2011.

The internal screen does not merely bend. It folds. Folding is a more intuitive motion, and a more difficult innovation to deliver. Samsung has invented a new polymer layer and created a display around 50 percent thinner than the typical smartphone display. The new foldable device opens smoothly and naturally, like a book, and closes flat and compact with a satisfying click. To achieve this, Samsung engineered a sophisticated hinge with multiple interlocking gears. This system is housed in a hidden enclosure for a seamless and elegant look. 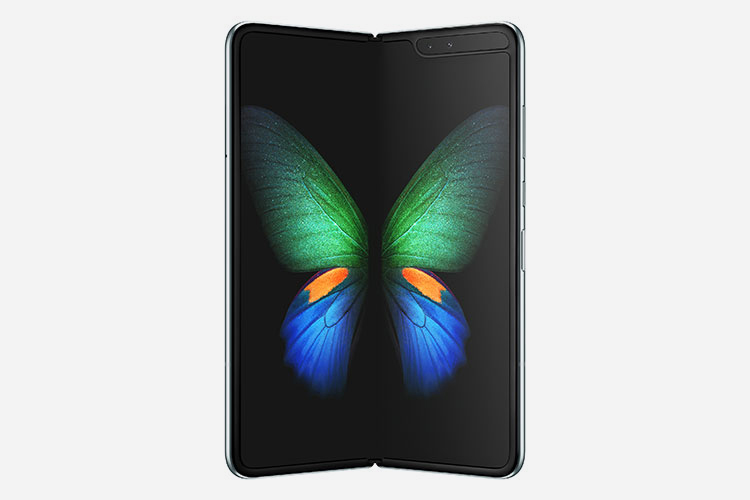 The fingerprint scanner is found on the side where the thumb naturally rests, so the device unlocks easily. Two batteries and the components are evenly distributed so Galaxy Fold feels balanced in your hands. Colors with unique finishing—Space Silver, Cosmos Black, Martian Green and Astro Blue1—and the engraved hinge with Samsung logo complete its elegant fit and finish. 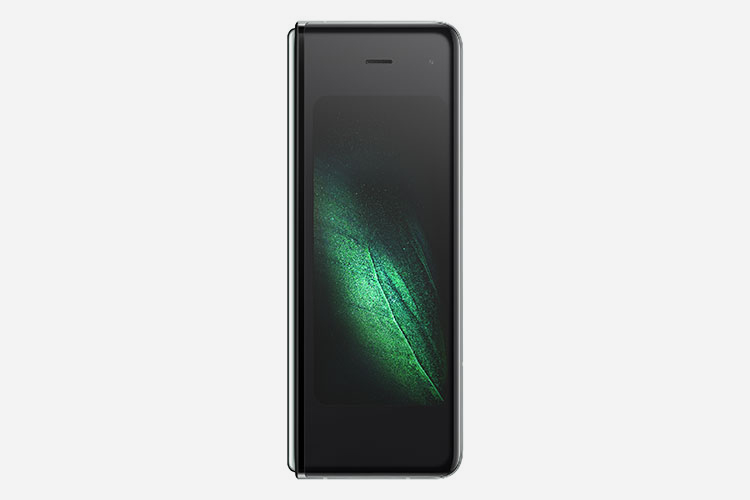 The unique UX built just for Galaxy Fold, provides new ways to get the most out of your smartphone. The possibilities are virtually endless with Galaxy Fold – designed for the ultimate multitasker. You can open up to three active apps simultaneously on the main display so you can surf, text, work, watch and share without losing a beat.

Make intuitive, seamless transitions between the cover and the main displays. As Galaxy Fold opens and closes, apps will automatically show up where you leave off. When you’re ready to take a photo, make in-depth edits, or have a closer look at the feed, open the display for a big screen and fuller canvas.

To ensure everything runs smoothly, even when running three apps simultaneously, Samsung equipped Galaxy Fold with a high-powered, next-generation AP chipset and 12GB of RAM with PC-like performance. The sophisticated dual battery system was specifically engineered to keep up with you. Galaxy Fold is also capable of charging itself and a second device simultaneously via Wireless PowerShare, while connected to a regular charger so you can leave your second charger at home. 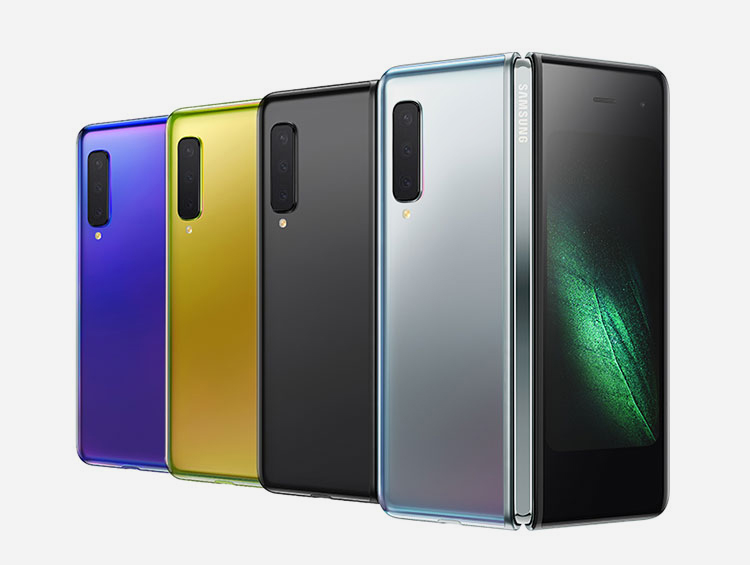 Last but not least, the new Galaxy Fold features three cameras on the rear that can be used in either tablet and phone mode. It has a 16-megapixel ultra-wide camera, a 12-megapixel wide-angle, a telephoto camera, and a 10-megapixel front-facing selfie camera.

Samsung will launch the Galaxy Fold in the U.S. through AT&T and T-Mobile on April 26.