Against the backdrop of a bustling mix of the traditional and the modern on show at the Concorso d’Eleganza Villa d’Este, BMW Motorrad presents an engaging alternative. Conceived as a return to the brand’s core, but with a modern twist, the BMW Motorrad Concept R18 focuses on maximizing a bike’s most fundamental components. The BMW Motorrad Concept R18 shows how a forward projection of a 1960s boxer engine could look like today as a purist custom bike in combination with all the classic design icons of BMW Motorrad design. 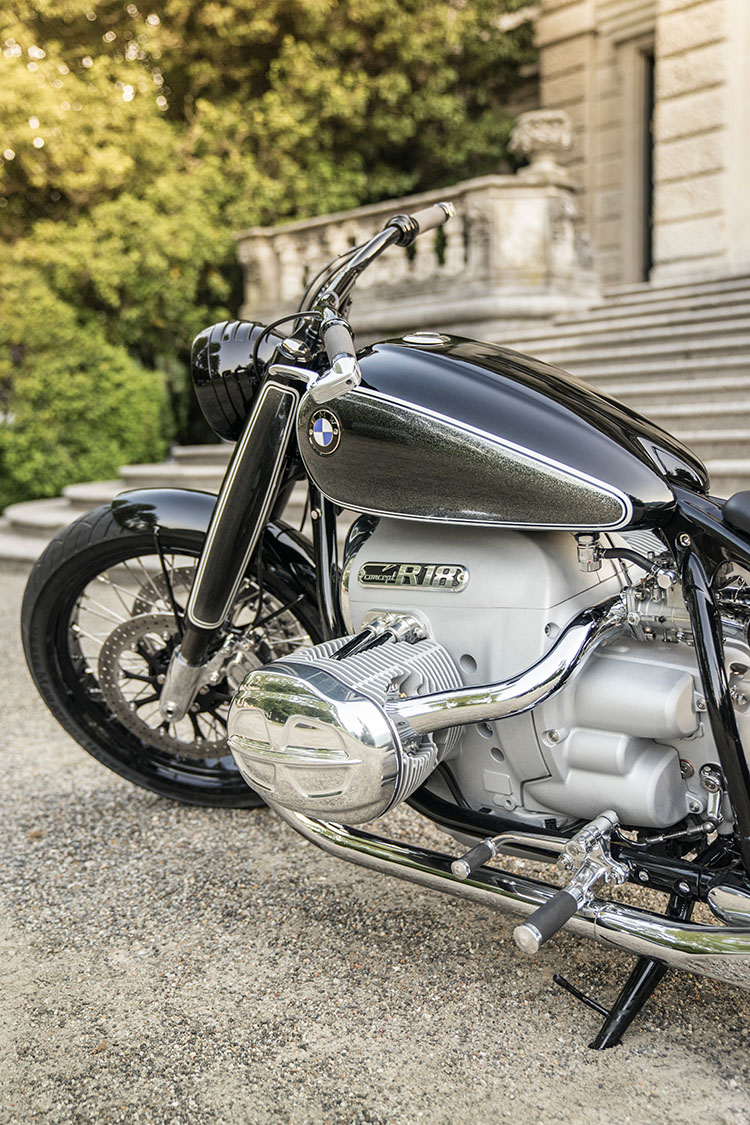 The BMW Motorrad Concept R18 is the essence of motorcycling, a bike in its original, natural form. In true custom style, it celebrates the art of leaving out what you don’t need and then concentrating on what is left. “The biggest challenge in the design is to render everything visible. Every part has a functional purpose. There are not many who would dare to take such an absolutely honest approach,” says Bart Janssen Groesbeek, designer of the concept bike. 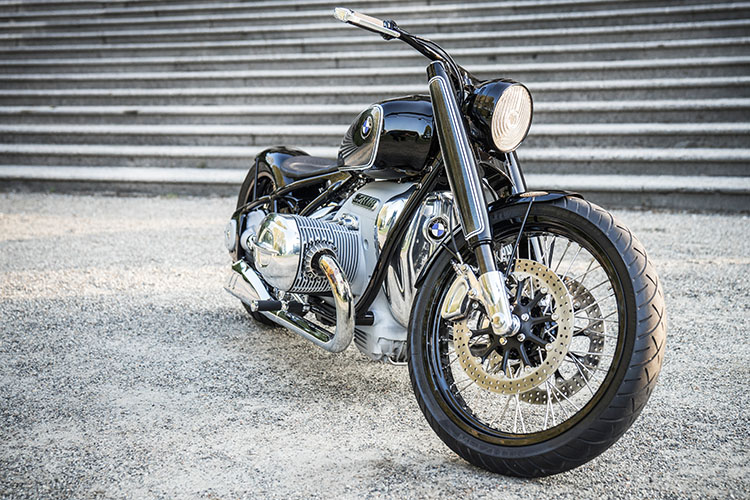 The BMW Motorrad Concept R18 is immediately recognizable as a genuine BMW: boxer engine, cradle frame, exposed universal shaft and drop-shaped fuel tank with its black paintwork and hand-applied contrast lines interpret typical design icons of BMW Motorrad classics, while displaying confidence along with modern-style linearity. The balanced proportions are reminiscent of classics like the BMW R5, and convey – even from a distance – the timeless beauty that comes about whenever things are consistently reduced to their bare essentials. The frame and tank create a common line all the way from the steering head to the rear wheel hub and lend a flowing elegance to the side view. The large spoke wheels (front 21 inch, rear 18 inch) provide a secure stance and perfectly balance the dominant power unit. The tyres are a further reference to history: just as it was in its day, this bike is again fitted with Metzeler tyres. 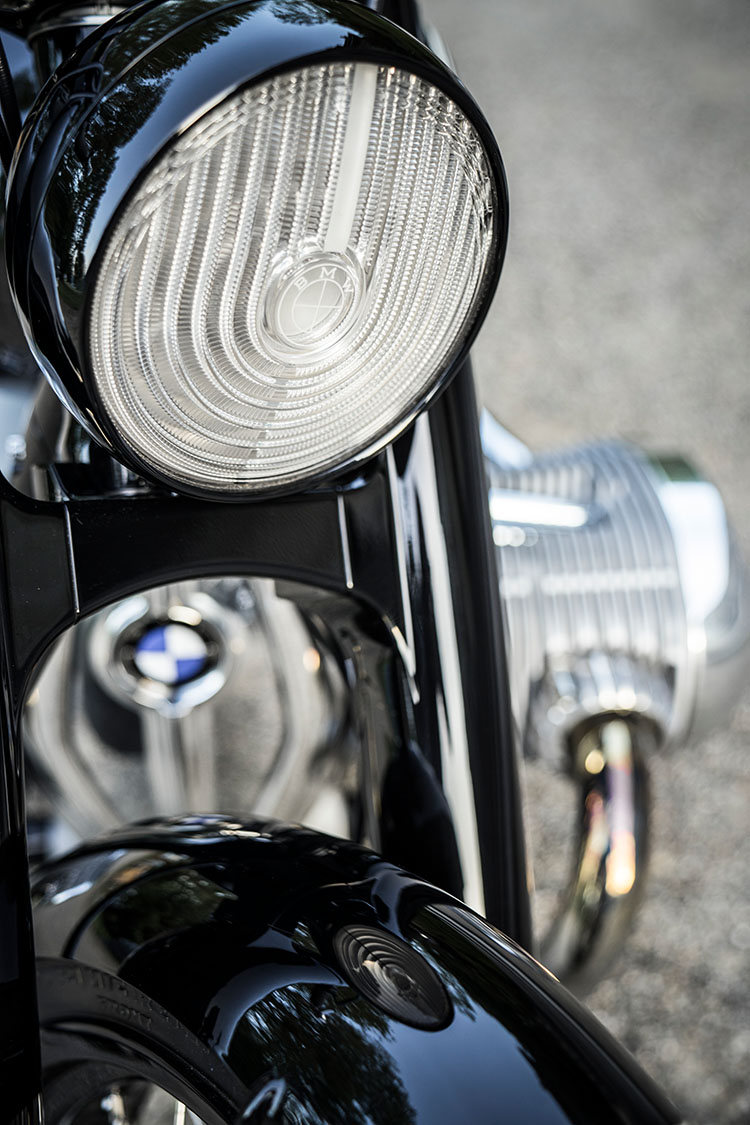 The heart of the BMW Motorrad Concept R18 is the large, newly designed, two-cylinder 1800 cc boxer engine. Its outward appearance is consciously reminiscent of the flat twin engines that BMW Motorrad used to build up until the end of the 1960s – but with a considerably bigger displacement and modern air/oil cooling. The big prototype boxer has been designed down to the last detail: the engine block and transmission are made of glass bead-blasted aluminum, providing an ideal stage on which to present the hand-polished aluminum components as well as the belt guard and valve covers. The engine badge bears the name of the concept bike and emphasizes the overall quality. In addition, Solex dual carburetors – similar to those in the BMW 2002 – hark back to the brand’s construction history and add the final touch to the bike’s visual authenticity.

Another optical highlight is the exposed, chrome-plated universal shaft that connects the back wheel to the drive. There are no further covers anywhere on the motorcycle, which serves to keep its engineering clearly visible. Similarly, the electronics of the concept bike are reduced to no more than starter and lights, underlining its purist design. 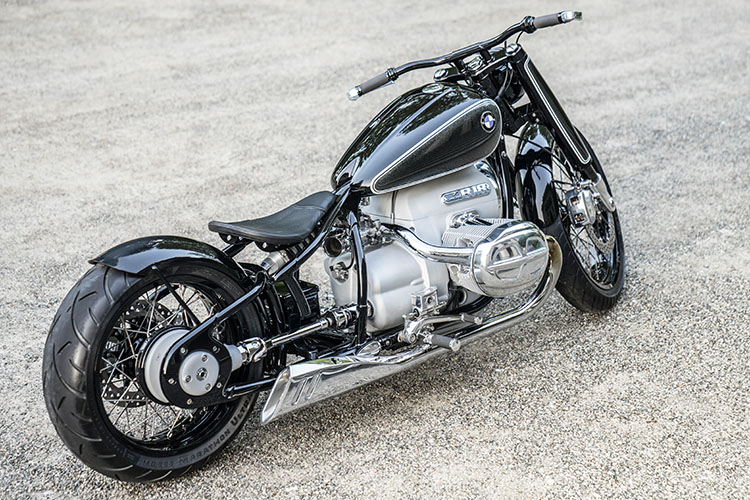 The BMW Motorrad Concept R18 is the third in-house interpretation of the large-capacity boxer engine to come from BMW Motorrad. Last December the model created by the Japanese customizers, CUSTOM WORKS ZON was presented at the Yokohama Hot Rod Show, on the basis of this new prototype engine. The ‘Departed’ won the biggest accolade of the event, the ’Best of Show Motorcycle’ award, thrilling motorcycle fans with its classic forms, modern production techniques and all manner of manual art and craft in the details. The next round was the interpretation by Revival Cycles.

The customizers from Austin, Texas created a spectacular bike with their ‘Revival Birdcage’ model, an ideal presentation platform for the Big Boxer. The specially developed titanium frame features an unobstructed view of the engine and drive from all angles. This American design created a furore at last month’s Handbuilt Show in Texas. 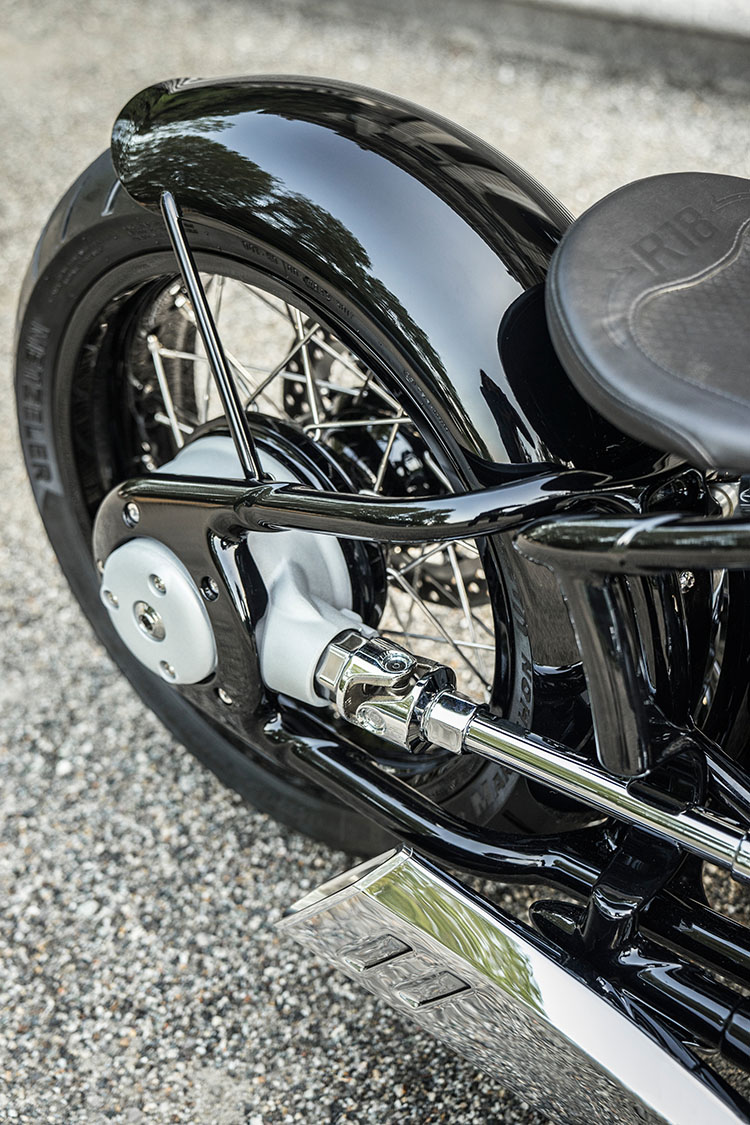 As for its color design, the BMW Motorrad Concept R18 shows itself to be a classic. The theme is typical BMW: the white, hand-applied lines on the fork and fuel tank in combination with the black base color represent the classic BMW color theme. A discreet yellow-gold varnish effect lends the bright twin lines an exclusive touch, and the black effect paintwork on the tank and fork rods similarly reveal, in the best custom style, an unusual depth when the sunlight strikes the large metallic particles in the various layers of the paintwork. 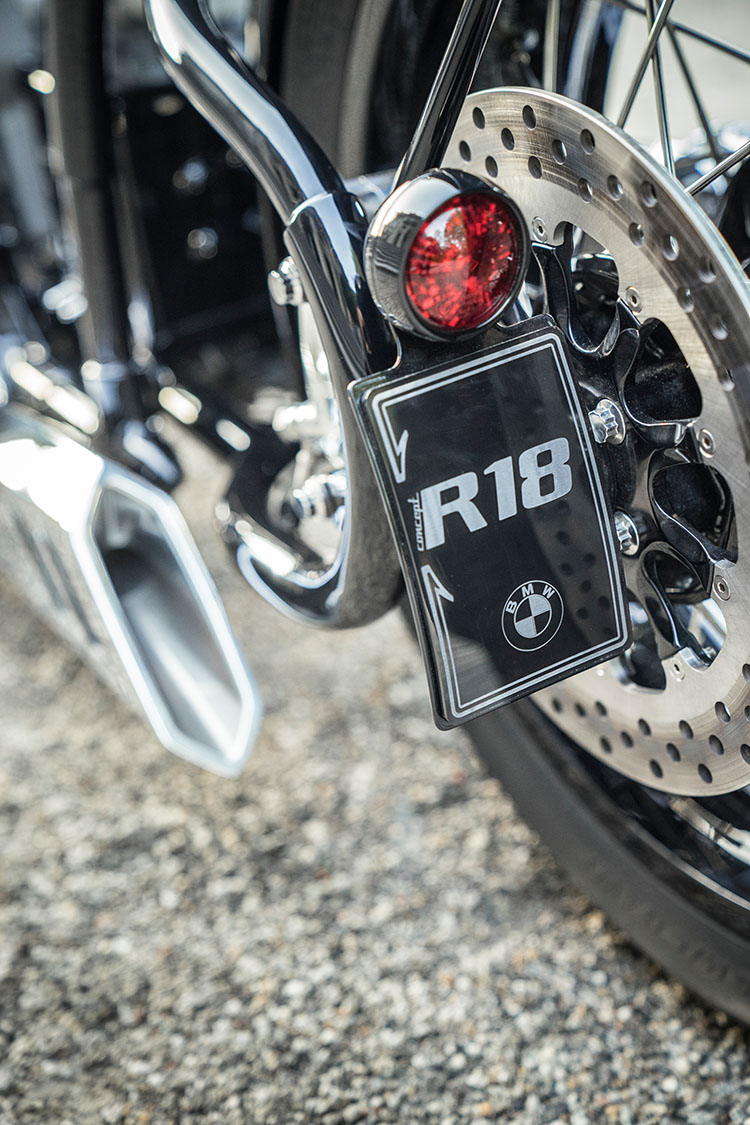 The visual design of the imprinted single leather seat is borrowed from the classics of the 1950s. Reinterpreted and somewhat more comfortable, its quality embossing sits perfectly within the overall purist and high-class design. The cantilever spring strut is integrated beneath the seat. The graphics of the headlamp design are also reminiscent of the 1950s. The classic U shape of the original glass cover components are now interpreted as LED lamp elements. Every one of these details contributes to the unique character of the concept bike and underlines its overall statement. The BMW Motorrad Concept R18 merges traditional and historic design language with the current functionalities of BMW Motorrad in a coherent and cohesive whole.

Moreover, an exclusive and suitably themed horse leather jacket, which recreates the aesthetics of those days, has been designed especially for the presentation of the concept bike at the Concorso d’Eleganza Villa d’Este. The leather jacket features a very smooth surface with only little grain and the protectors are integrated almost invisibly.