Lotus has unveiled the Evija, which is pronounced ‘ev-eye-a,’a 1,900 horsepower electric supercar with a price tag that surpasses $2 million. The Evija marks the start of an exciting new chapter in the history of an iconic and much-loved British sports car brand. It is the first hypercar from Lotus, and the company’s first model with an electrified powertrain.

Production is limited to not more than 130 examples, making it among the most exclusive cars ever launched. 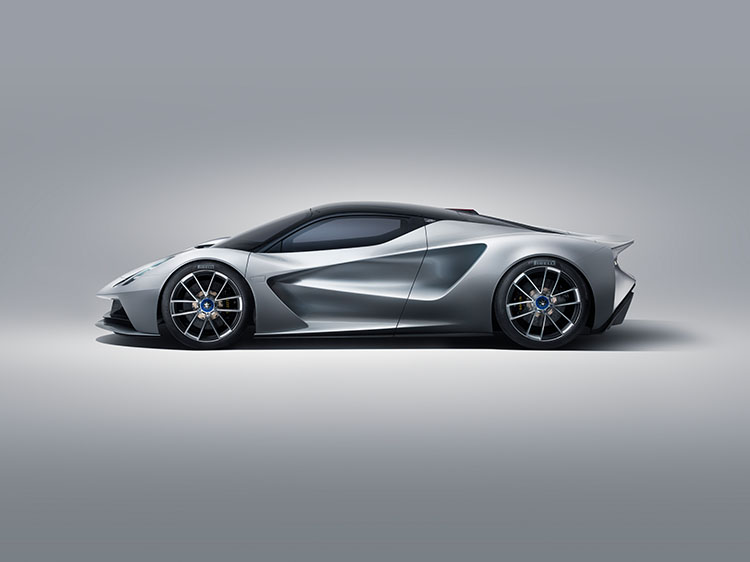 The Evija is the first Lotus road car to feature a one-piece carbon fibre monocoque chassis. The cabin, from the fully adjustable race-style seats to the multi-function steering wheel, is the very pinnacle of motorsport-inspired road car design and technology.

At the heart of the Evija is an ultra-advanced all-electric powertrain. It has been developed by technical partner Williams Advanced Engineering, famed for success in motorsport, from Formula One to electrifying the first four seasons of Formula E. 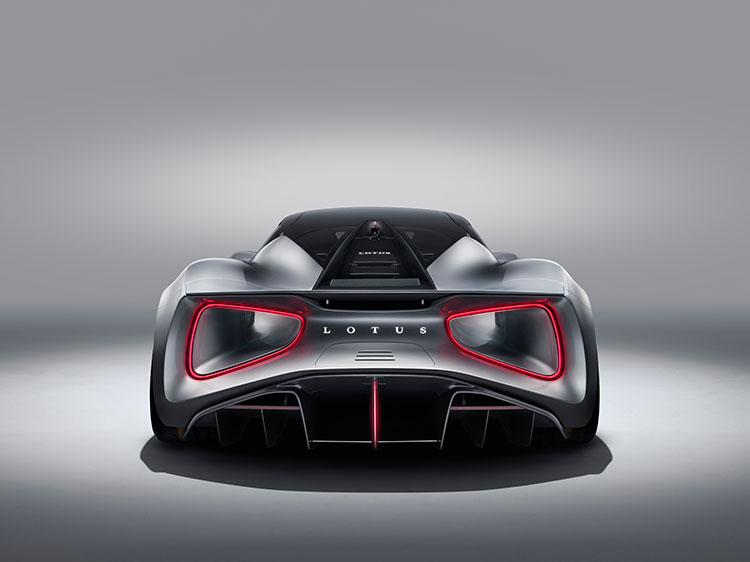 The battery pack is mid-mounted immediately behind the two seats and supplies energy directly to four powerful e-motors. This highly efficient system is the lightest, most energy dense, electric power package ever fitted to a road car. With a target weight of just 1,680 kg, it will be the lightest pure electric hypercar ever to go into series production.

Engineered for precise and sustained performance, the Evija has five driving modes – Range, City, Tour, Sport and Track. It can race from 0-62 mph (0-100 km/h) in under three seconds and accelerate to a top speed of more than 200 mph (0-320 km/h). 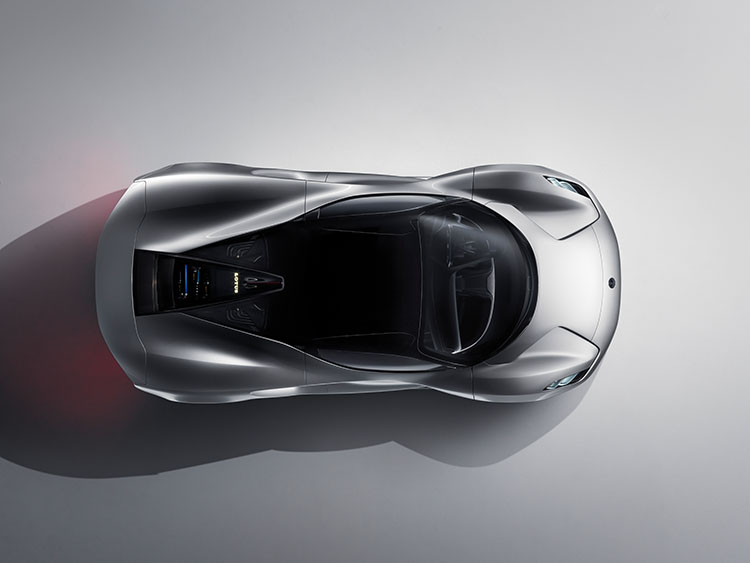 The most striking element of the Lotus Evija is its exterior. From every angle the full carbon fibre bodywork is stretched taut, appearing shrink-wrapped over the mechanical components. Crouching low to the ground, with a ride height of just 105 mm, the pronounced muscular haunches envelop the teardrop cabin that sinks between them.

Taking inspiration from the aeronautics industry, the exterior is a perfectly proportioned blend of fluid forms and crisp lines. This is clearly illustrated by the gently curved but sharp leading edge of the bonnet, which is reminiscent of so many classic Lotus road and race cars. 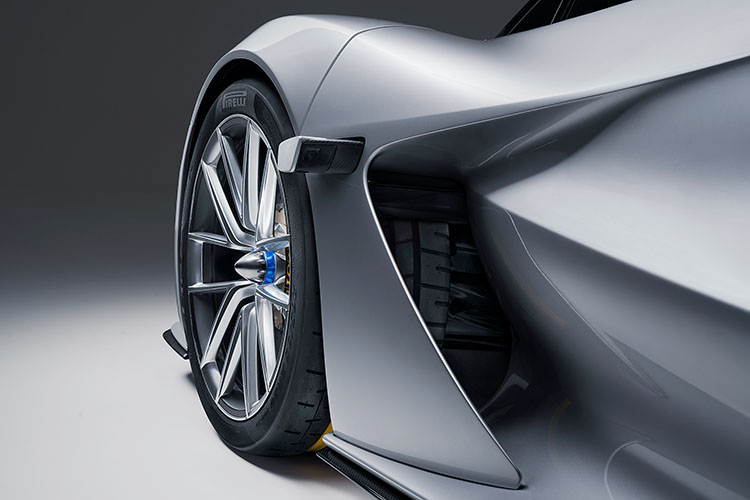 When viewed from the rear of the car, each tunnel is edged with a red LED to create a striking ribbon-style light signature. The result is a stunning visual effect that’s akin to the afterburners on a fighter jet, especially when seen at night. As an extra detail, an LED hidden within each tunnel illuminates its interior.

The directional indicators are incorporated into the corners of the ribbon, while the reversing light is provided by the illuminated ‘T’ of the ‘LOTUS’ wordmark above the integrated charging flap. 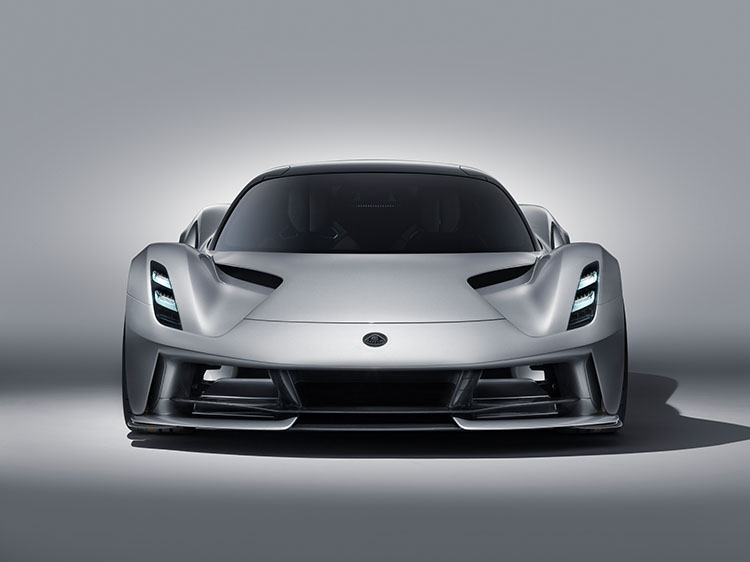 Another key feature of the Evija’s sophisticated aerodynamic system is the bi-plane front splitter. It’s another illustration of form and function working perfectly in tandem. Designed in three sections, the larger central area provides air to cool the battery pack – mid-mounted behind the two seats – while the air channelled through the two smaller outer sections cools the front e-axle. Lotus aficionados may notice a respectful nod to the iconic Type 72 Formula 1 car, with its square front central section and two side wings.

The absence of traditional door mirrors plays a part in reducing drag. Cameras integrated into the front wings are electronically deployed on unlock, while another camera built into the roof provides a central view. Images are displayed on three interior screens. 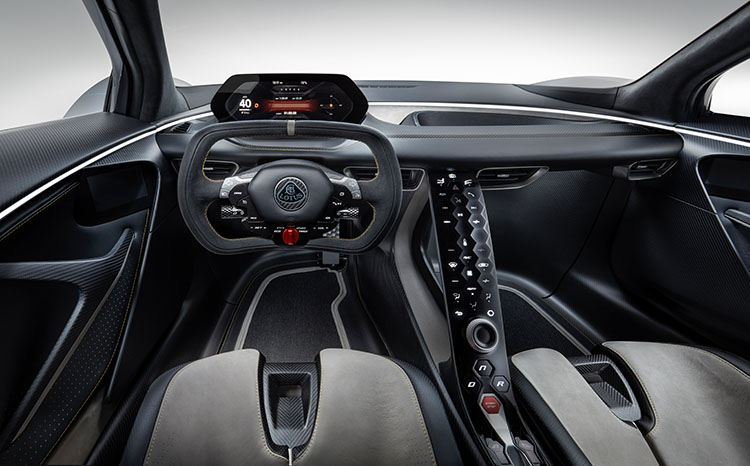 The interior of the Lotus Evija is as dramatic as the exterior. Inspired by the technical precision of race car engineering, the dominant characteristic of the cabin is the ‘floating wing’ dashboard which can be glimpsed from outside through the windscreen. The design also echoes the porosity of the exterior.

Access to the cabin is through the two dihedral doors. Handle-free to preserve the sculpted exterior, they’re operated via the key fob. It’s the first time Lotus has used such doors, and while they make for a moment of dramatic theatre they also provide maximum space for getting in and out. 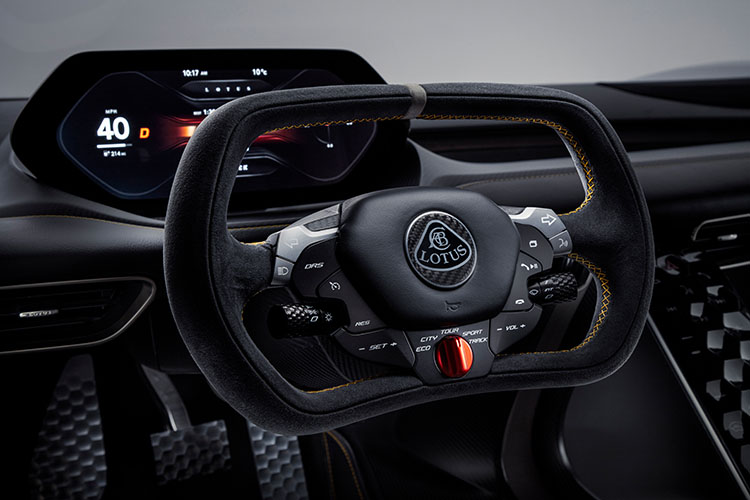 An exceptional attention to detail – as people would expect from Lotus – is at the heart of the interior. For example, visible carbon fibre surfaces enhance the sense of light weight, while a thin metal band – engraved with the words ‘For The Drivers’ – runs centrally through the squab of both seats.

Once in the car, a switch in the roof console closes the doors. The location aids the minimalist layout of the main control panel and prevents them being activated accidentally. 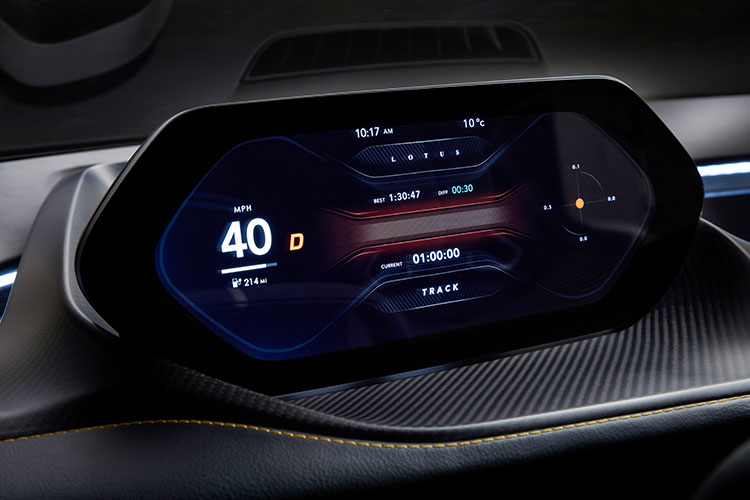 Inside, the cabin strikes the perfect balance between the precise functionality of a track car and the comfort of a road car. The driving position is fully adjustable to accommodate the greatest range of occupants. The elegant carbon fibre shell seats are hand-trimmed with thick Alcantara-finished pads, and feature manual fore / aft adjustment plus electric back operation. The steering column is manually adjustable for both rake and reach. Three-point seatbelts are fitted as standard, with four-point harnesses an option. Built into the bodyshell, close to the occupants’ hip point, are two bespoke storage areas. 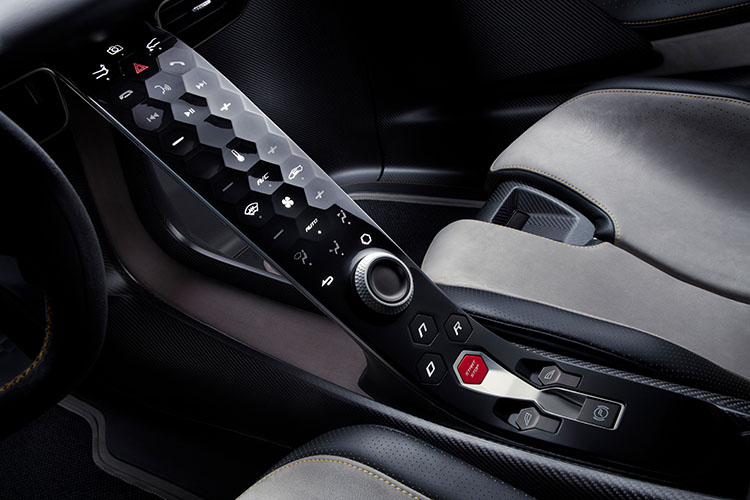 The design of the steering wheel, similar to that found in an LMP or F1 car, further reinforces the Evija’s sporting intentions. The outer ring is finished in Alcantara as standard with leather available as an option. Buttons are grouped in an intuitive manner and govern functions including phone use, cruise control and DRS deployment.

Ahead of the steering wheel is a state-of-the-art digital display, providing the driver with key information such as mode, battery charge and remaining range. It is the car’s only screen, putting all necessary information in one place. The screen displays essential functions only, with information appearing as required when the appropriate button is pushed, then fading when no longer needed. 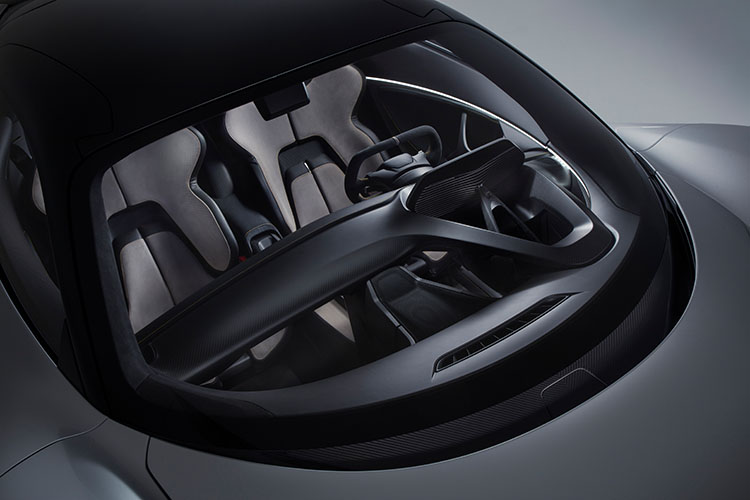 Further controls are located on the floating ‘ski slope-style’ centre console, which features touch-sensitive haptic feedback buttons. Each is integrated in hexagonal recesses to help guide the driver’s fingers. As the light plays over the surface it creates an almost organic visual effect. The driver can also interact intuitively with the car’s technology via a control wheel. The honeycomb design of the buttons is replicated on indicator stalks and on the surface of the aluminium foot pedals. 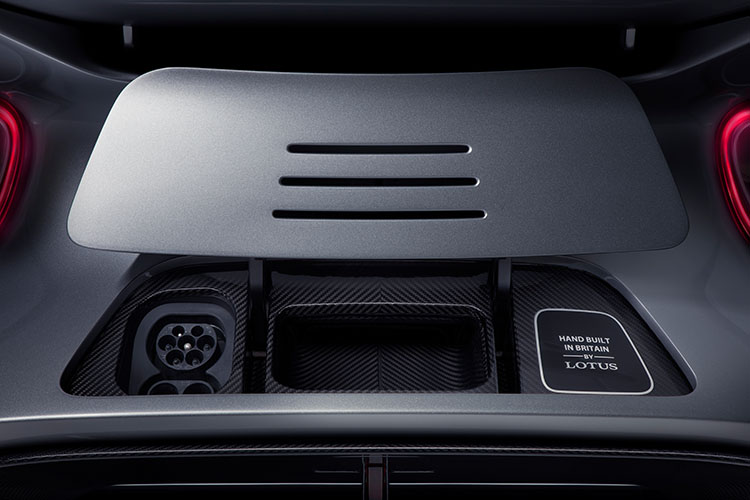 The Lotus Evija is the first production road car in the world to feature laser lights for both main and dipped beams. Produced by Osram, the lighting modules are very compact and will provide an outstanding view of the road or track ahead. The strikingly thin vertical headlamps provide the perfect balance of crystal-like beauty and a highly technical design. Inside the lenses, unique ‘wing-like’ elements form the daytime running lights and directional indicators.