Renowned customizer from Austria Bernhard Naumann, also known as Blechmann, has unveiled his version of the BMW R 18. With the new BMW R 18, BMW Motorrad presented the brand’s first series production bike for the cruiser segment in April 2020. Like no other BMW motorcycle before it, this model stands entirely in the tradition of historical BMW motorcycles – both technically and with regard to its design. It is based on illustrious models such as the BMW R 5 and shifts the focus back to the motorcycle essentials. Reason enough for Bernhard Naumann to change as little as possible on the frame and the technology and to use only the original mounting points for the creation of the Blechmann R 18. 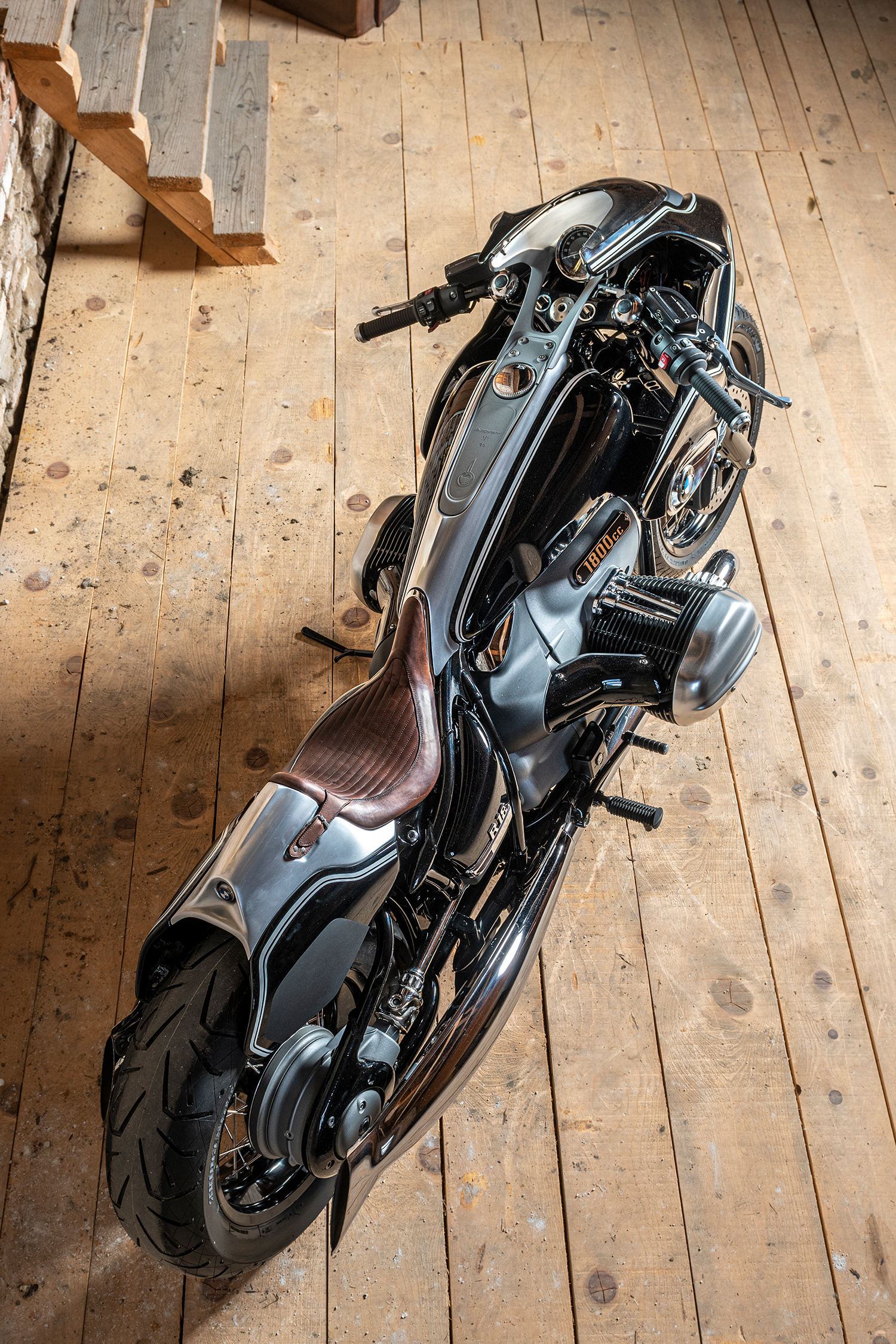 When starting off with a new creation, Bernhard Naumann never uses sketches in advance. He gathers his inspiration while working on the bike itself. “I draw my design directly on the object using the final material. This allows me to directly respond to the requirements and to keep an eye on the proportions at all times”, explains the designer. 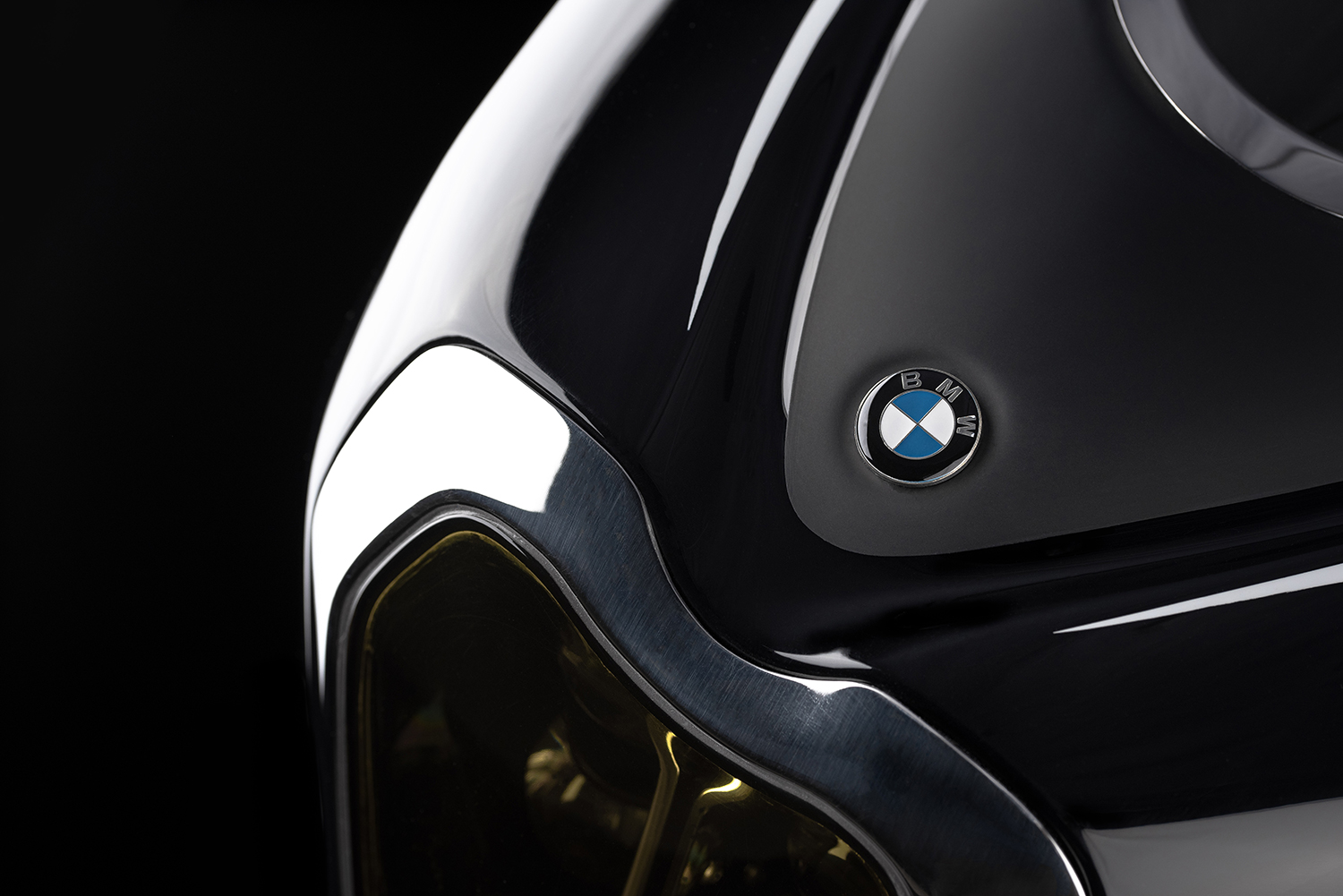 For the Belchmann R 18, he initially “put the cart before the horse” in order to be able to correctly assess the proportions for the front fairing. The sporty single-seater is based on the original supporting structure of the rear fender, seat and pillion. The rear light is from Kellermann. The fuel tank has been extensively modified: For one thing, it is narrower making it sportier and exposes the engine even more. On the other hand, it features knee cut-outs, which further support the athletic line. The original steering tube was used as the basis for the stub handlebar. 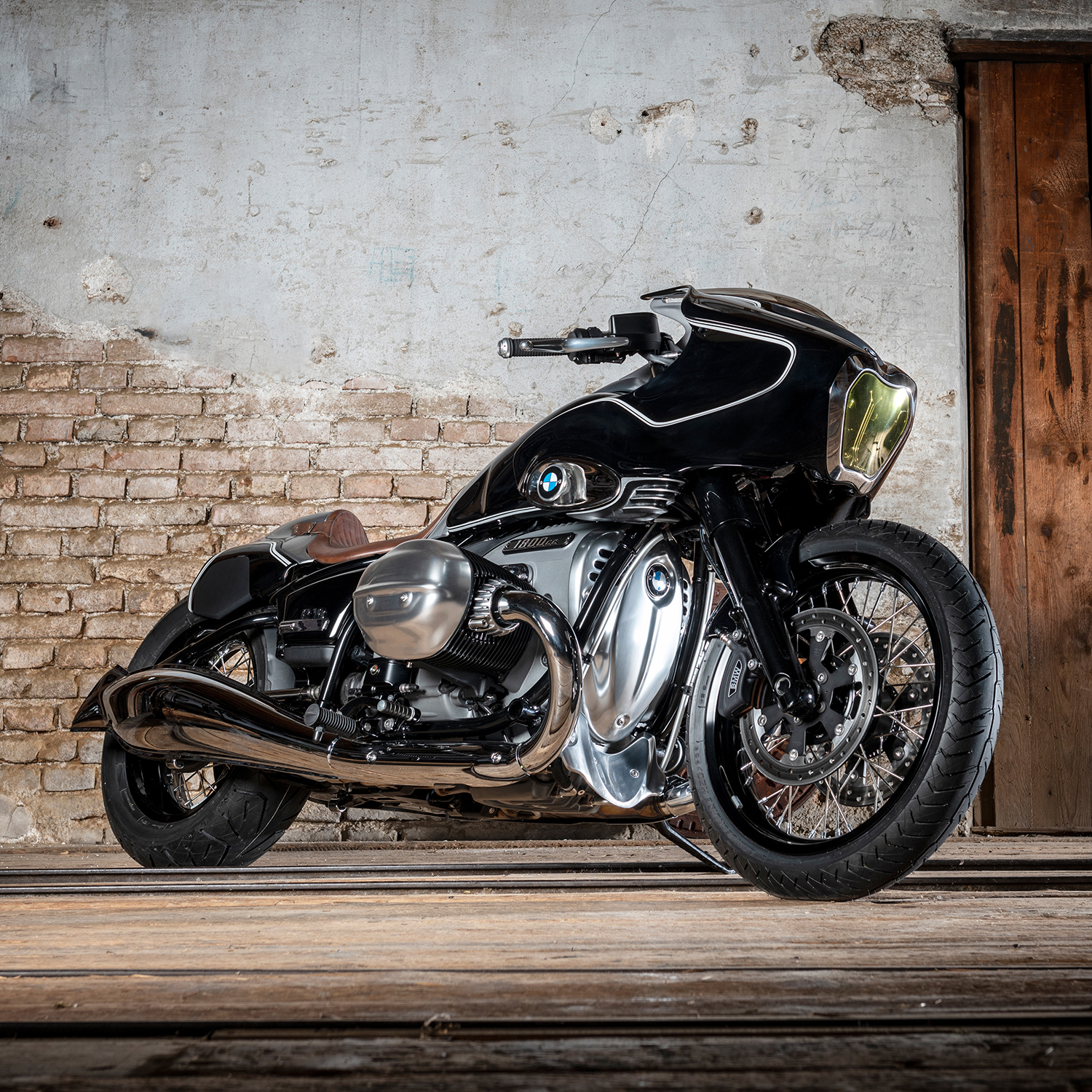 Next, Blechmann customized the headlights. As with his last BMW custom bike “Giggerl”, a conversion of the BMW R nineT, the headlights were to have a subtle kidney-shaped design this time. Analogous to the classic boxer engine, Blechmann placed a filament lamp prominently in the center. Here, too, the steering angle and the forward-tilted headlamp determine the basic layout of the custom bike. Bernhard Neumann perfected his personalization efforts with discreet black paint and classic white BMW Motorrad pin-stripes. In total, the team around Blechmann worked 450 hours on his version of the BMW R 18. 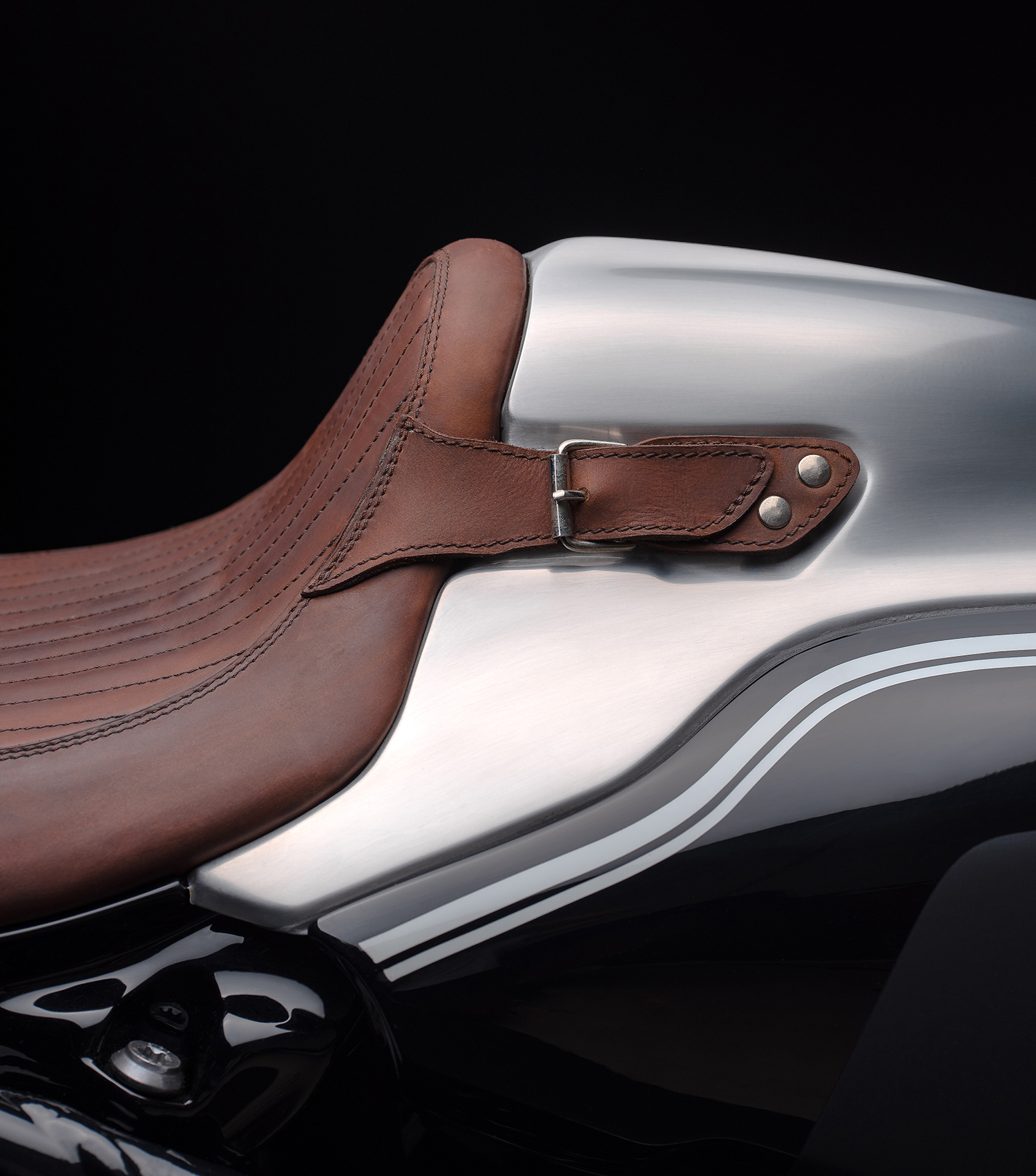 Blechmann does not perceive his work to be that of a classic customizer. “My work begins by removing parts of the original version until a white canvas remains. As the construction progresses, the design develops. I call this ‘rapid-prototyping-Blechmann-style’,” says the customizer. This is what makes his workshop unique.