Although it’s easy to overlook, energy has always been everywhere. From the winds down to the water itself, humanity has found a way to utilize them for multiple uses. Whether for industrial purposes or domestic, natural energy is usable as long as there’s technology pulling the strings.

Integrating this alternative into your home is worth mulling over as a homeowner. After all, natural energy is all-around. Hence, making it easy to access. Furthermore, they can contribute to healing the planet little by little. Fortunately, there are multiple ways to utilize natural energy. And one of them is by converting solar energy to electricity using solar panels.

Why Use Solar Panels?

If anyone mentions how to process natural energy, using solar panels is often one of the best options. After all, harvesting sunlight is a concept that would’ve been so mind-boggling if solar technology wasn’t created. And with how sunlight is constant for the better part of the day, various designs were created to accommodate different settings.

Unlike smaller pieces of technology, such as solar-powered lamps or radios, solar panels are installed in houses, particularly on the roof. Although it seems as simple as plopping down panels, contractors are supposed to connect it to the type of electricity used by the house to convert it appropriately.

Energy efficiency is a solar panel system’s primary purpose. If you’re already using inverters, energy would be the least of your worries from now on. But if not, solar inverters are worth checking out, so find out here to know what it’s like to live an energy-efficient lifestyle. 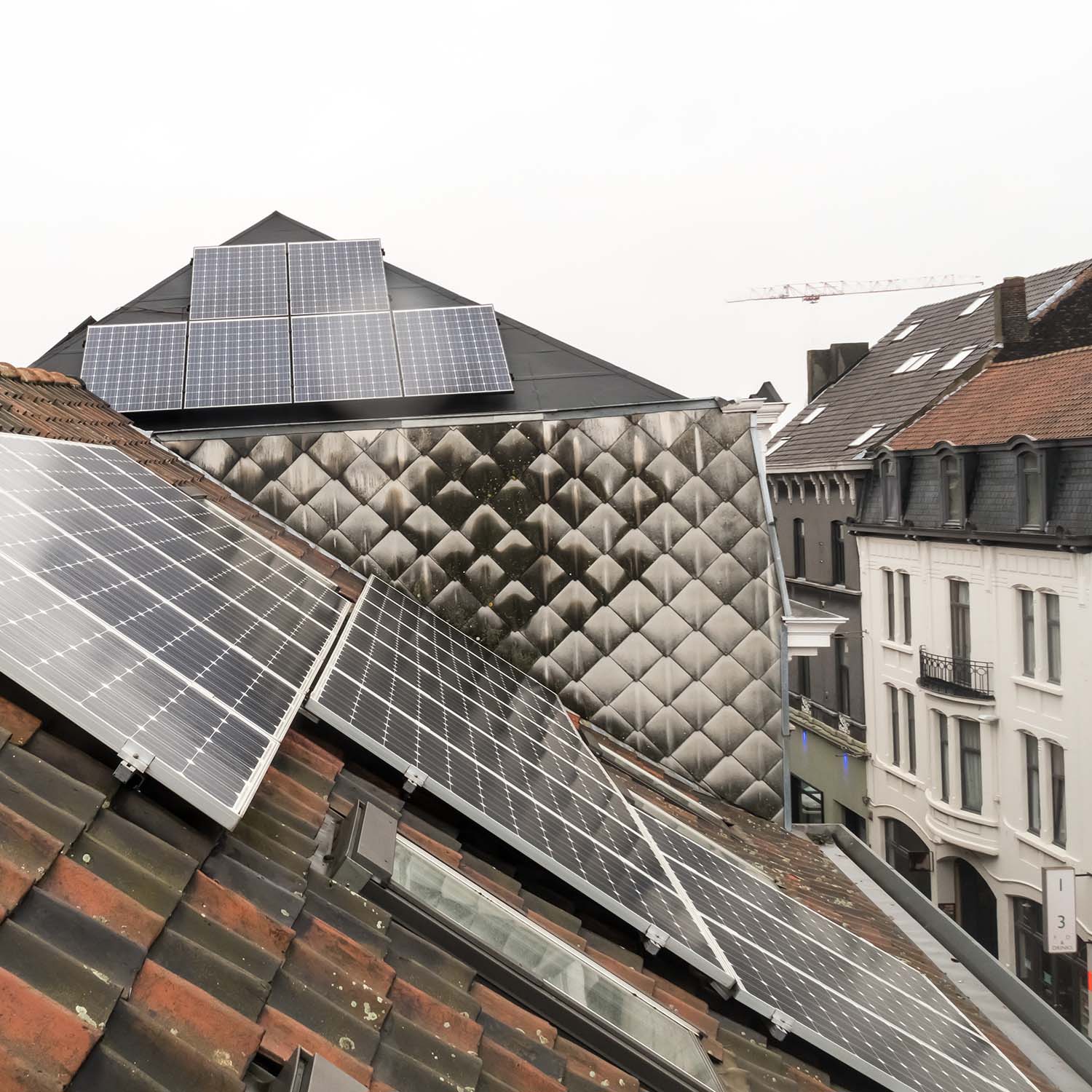 There’s no question as to what other purpose solar panels have. After all, it should already be more than enough explanation given their name. Although, you probably didn’t know there are various types of solar panels. Read on to learn which one would be best for your home.

Solar panels didn’t pop up in history out of the blue. Engineers have started from scratch, and monocrystalline solar panels result from their labor. Originating way back in the 1950s, this type of solar panel is most likely one of the few pieces of technology still being used today. But with some alterations, of course.

Out of the typical blue solar panels you see, monocrystalline solar panels are bound to catch your eye with their dark grey, nearly black panels with rounded corners. The reason for that is each wafer is cut from silicon crystals with high purity. Furthermore, besides the unique color scheme, utilizing pure silicon quantifies high energy efficiency ratings since this type of solar panel can convert 15-20% solar energy into electricity.

Because of its high energy conversion, you don’t need to install many panels in your home. Depending on how massive the house is, doubling down from the number of panels you need means a lot as a homeowner. And since they’re made out of pure silicon, it’s unlikely for them to break so quickly.

However, buying monocrystalline solar panels might be challenging since they have a hefty price tag. Considering their high quality, it’s not unexpected for them to be worth that much. Although, it’s safe to say that this type of solar panel will be a weighty investment if you’re still interested. Therefore, you must consider it heavily before purchasing them.

Unfortunately, what serves as a highlight for a polycrystalline solar panel is also its weakness since melted silicon has lower purity. Thus, this type of solar panel is less energy efficient than monocrystalline because it can only convert 13-16% of sunlight into energy. As a result, it demands more space to install multiple panels. However, if your roof is big enough and you don’t mind splurging a little, polycrystalline solar panels might be what you’re looking for.

Thin-film solar panels are probably the odd ones out, considering they don’t use silicon as a base material. Instead, manufacturers put down multiple layers of photovoltaic cells. Despite its foreign term, photovoltaic cells are exactly what you’d imagine solar panels would be since they traditionally absorb sunlight and convert it into energy.

Because of its newness in the industry, photovoltaic materials are often utilized in commercial settings. Therefore, you don’t have to worry too much about the price when it comes to thin-film solar panels. Furthermore, because it’s meant for commercial purposes, this solar panel can still perform in harsher environments, such as extreme heat and even low light.

Which Is Suitable For A Home?

Each type of solar panel comes with its benefits and disadvantages. However, it’s easy to conclude that monocrystalline and polycrystalline solar panels are more suitable for homes. Depending on your budget and the size of your roof, either of the two would be a perfect investment in the long run. Considering their price, it would’ve made sense for thin-film solar panels to be a great candidate. But as you can see, they’re better equipped for commercial settings.