Yabuli, in Northeastern China, is known for its rugged terrain and frigid temperatures, particularly its snow-capped mountains and innocent snowfields. It is also home to annual summits hosted by the China Entrepreneur Forum (CEF) – an internationally known economic platform considered to be the ‘Davos of Asia’.

In 2017, the CEF decided to construct a permanent venue for itself, and commissioned MAD Architects, led by Ma Yansong, to design a building that embodies and showcases the ambitions, ideologies and forward critical thinking of CEF members, and the greater entrepreneurial industry in China. 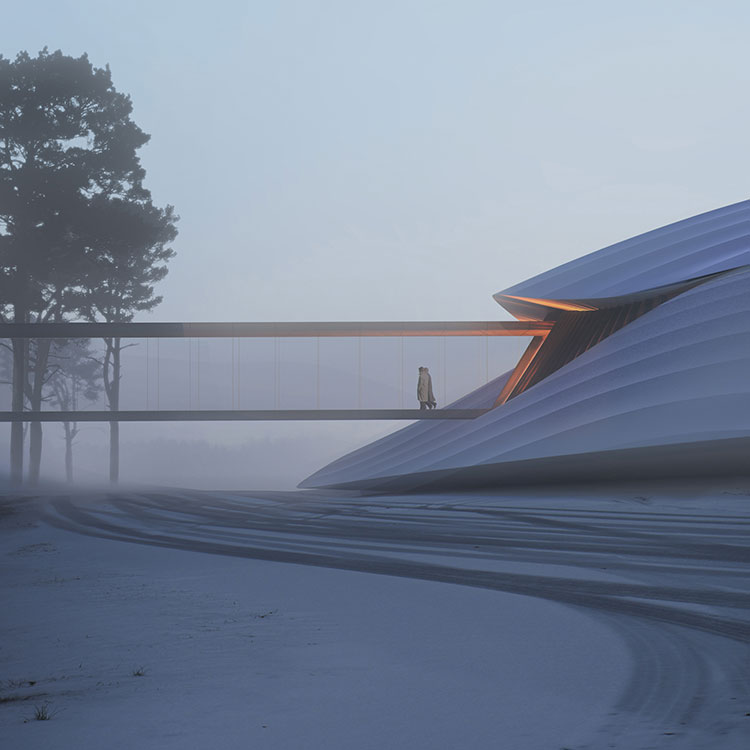 Sited along the axis of a mountain, MAD’s design of the “Yabuli Conference Centre” is a tent-like structure that is defined by soft, sloping lines. Casually mirroring its mountainous backdrop, it reaches a maximum height of 24 meters, allowing it to settle quietly into the landscape. While humble in its presence, it does not lose the dynamic atmosphere of northern China – integrated with the sky, the ground, the snow, the forest, and the mountains. 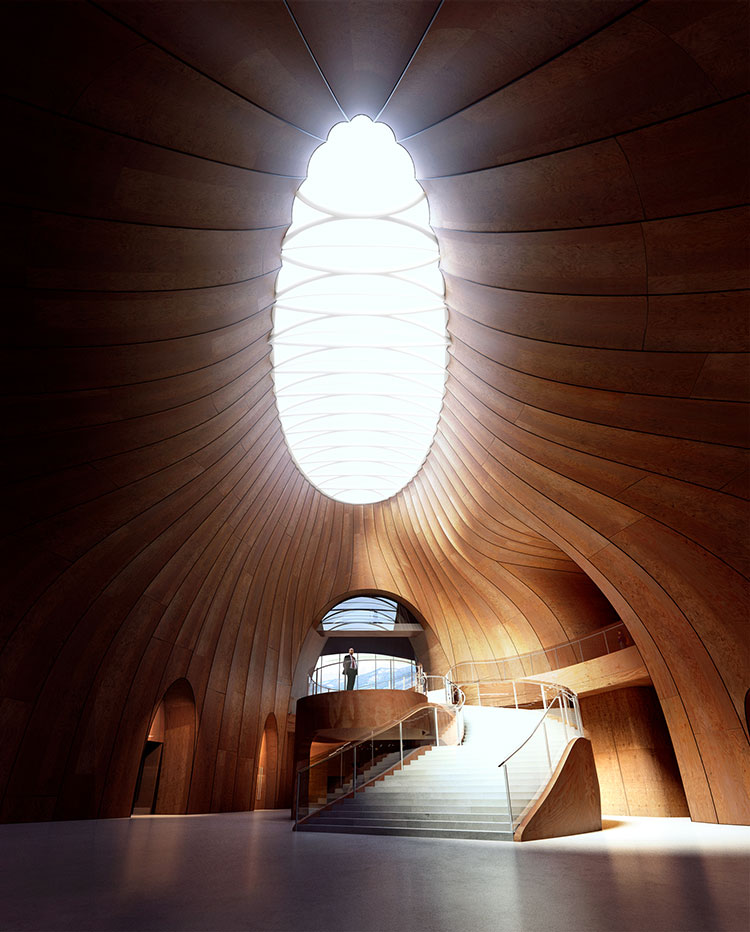 Organized over four floors, the scheme encompasses a museum, a small and large auditorium (356-seats and 1000-seats respectively), a series of conference rooms and studios, and additional exhibition areas throughout. The focal point is a skylight positioned at the centre of the roof that allows natural light to flood into the interior. It acts as a symbolic metaphor for the bright ideas and brilliant discussions generated during the events held within. 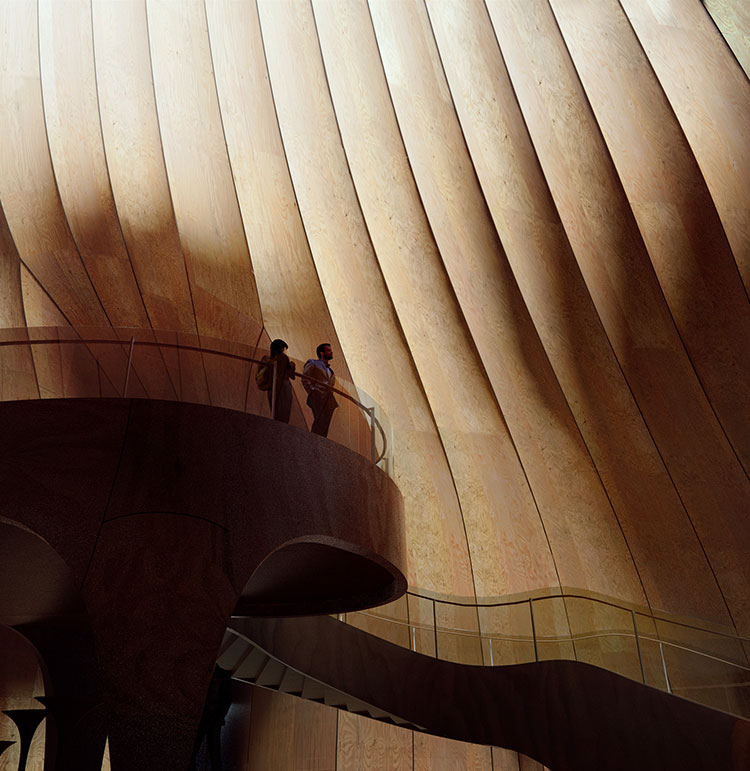 Windows throughout have been positioned so that even from indoors, people can enjoy uninterrupted panoramic views of the surrounding natural scenery throughout the seasons. Public plazas located at both the entrance and posterior of the building open up towards the natural backdrop creating a dialogue between architecture and nature. The chameleonic existence of the design’s reflective exterior expresses how the architecture relates and changes state with its surroundings, making a subtle, but powerful statement in its unique context. 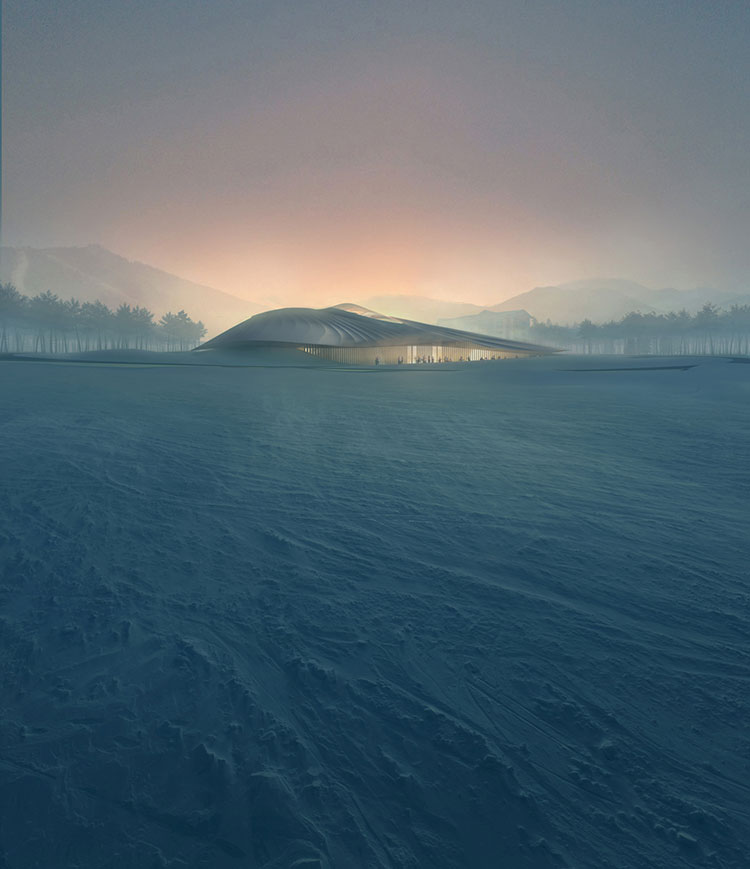 The “Yabuli Conference Centre” has been envisioned as a progressive architecture – one that fosters growth, innovative thinking, and is continuously evolving. In its completion, it will form a landscape of ideas, nature and art, and stand as a significant meeting place for Chinese and international entrepreneurs alike to gather and share ideas. The building broke ground in spring of 2018, and is scheduled for completion in 2020.