In a residential area in the heart of Zurich, Manuel Herz Architects has designed a housing block with dynamic facades featuring horizontal and vertical louvers which transform into balconies for its five apartments. The three-story building, called Ballet Mécanique, is located in close proximity to Le Corbusier’s Heidi Weber Museum and references the institution’s colorful metal panels and striking geometry. The design also takes cues from its bucolic setting, which is filled with a surprising array of plants, installations, and objects.

On an urban dimension, the new building references the predominant pattern of Zurich’s neighborhood of Seefeld, with its typical villas of square shape. It has the same orientation, the same size of the footprint and a similar internal organization. Nevertheless, it is a building with a very different character. 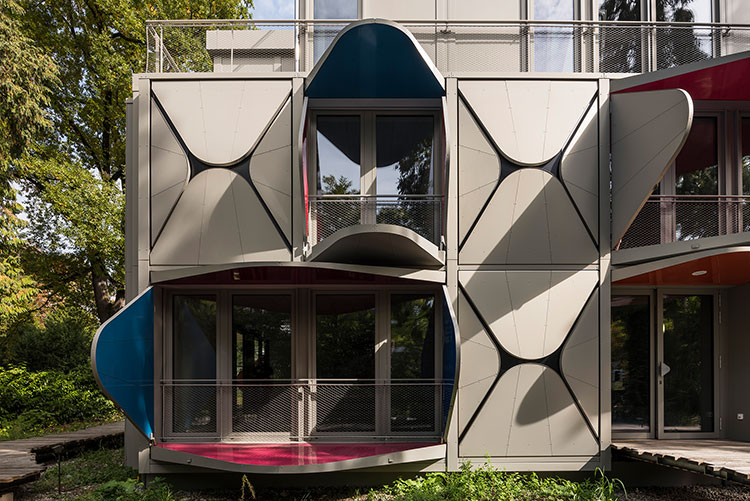 The building has a cubic volume with a simple geometry. It’s core is located in the center of the building and accesses five apartments with different typologies and layouts, each suited for a different family form and way of life. The geometrically simple basic form is contrasted by its facade. 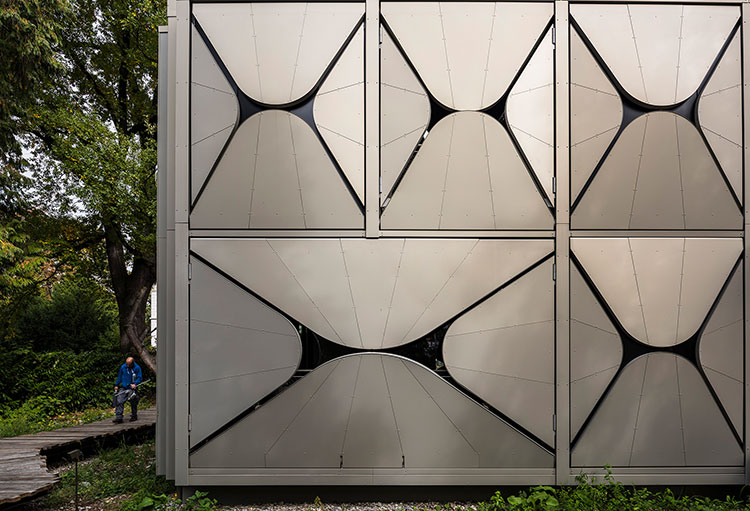 This facade consists of horizontal and vertical louvers with a rounded triangular shape. The louvers unfold to become accessible balconies with a corresponding shading roof element. The vertical louvers darken the rooms when closed, or provide privacy and intimacy when open. In the morning one can open the louvers in order to have breakfast on the balcony that is thus unfolded. By and by the building opens and unfolds itself, embracing the lush garden, and eventually closing itself again. Over the course of a day, a week or a year the building is constantly moving, changing and transforming, living with its inhabitants, a Ballet Mécanique. 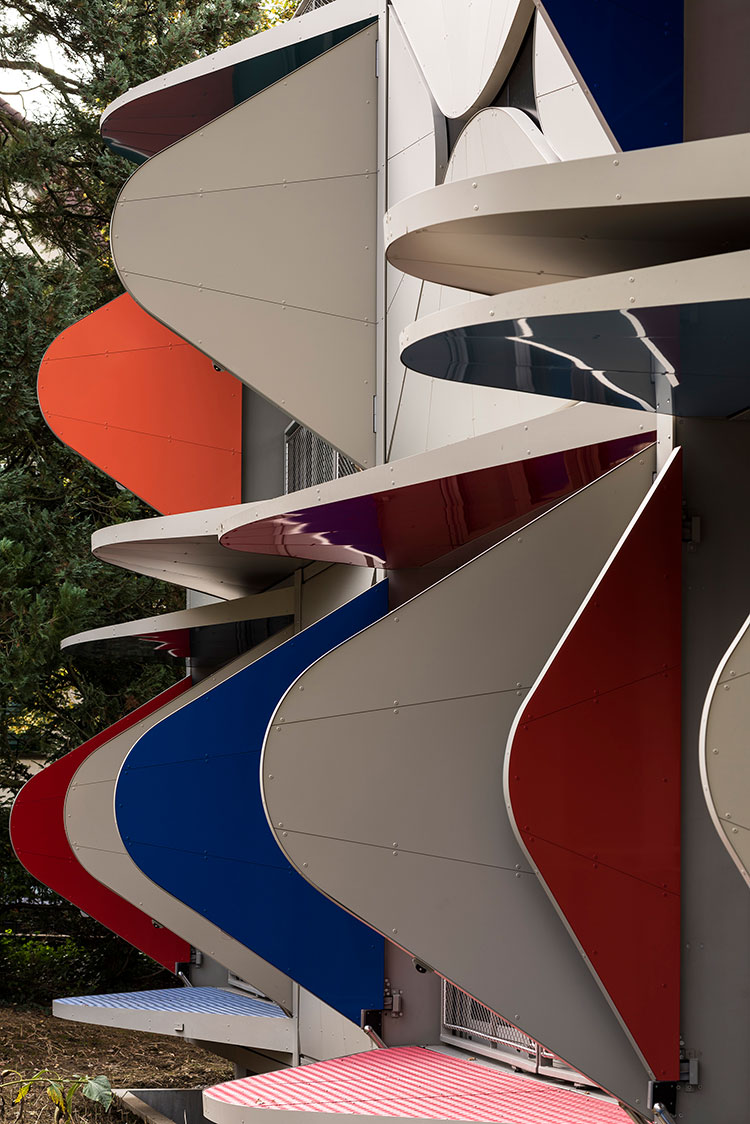 The metallic facade consists of louvers that can open and close through a hydraulic mechanism. Depending on their location, and the connected room, four different types of facade elements are installed: The first type is a moveable facade element that can unfold, together with a moving railing, to become a balcony that can be accessed. The second type of facade elements is also moveable, though without railing, to act as sun shading device, or to darken the respective rooms. Thirdly, the facade has static, i.e. non-moving elements that are permanently accessible as balconies. Finally, the closed wall sections are clad with static facade elements that have the same shape as the other elements, though cannot move. 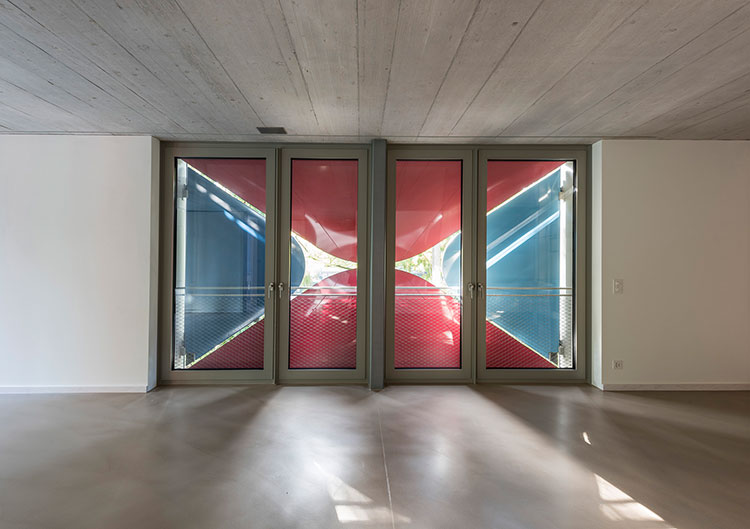 While the exterior of the building features a uniform champagne-colored, slightly metallic tone, the interior sides of the louvers feature a color spectrum that ranges between red and blue. When the building is fully closed, it appears almost in monochrome bronze-metallic. When the louvers open up, a rainbow of blue and red hues becomes visible